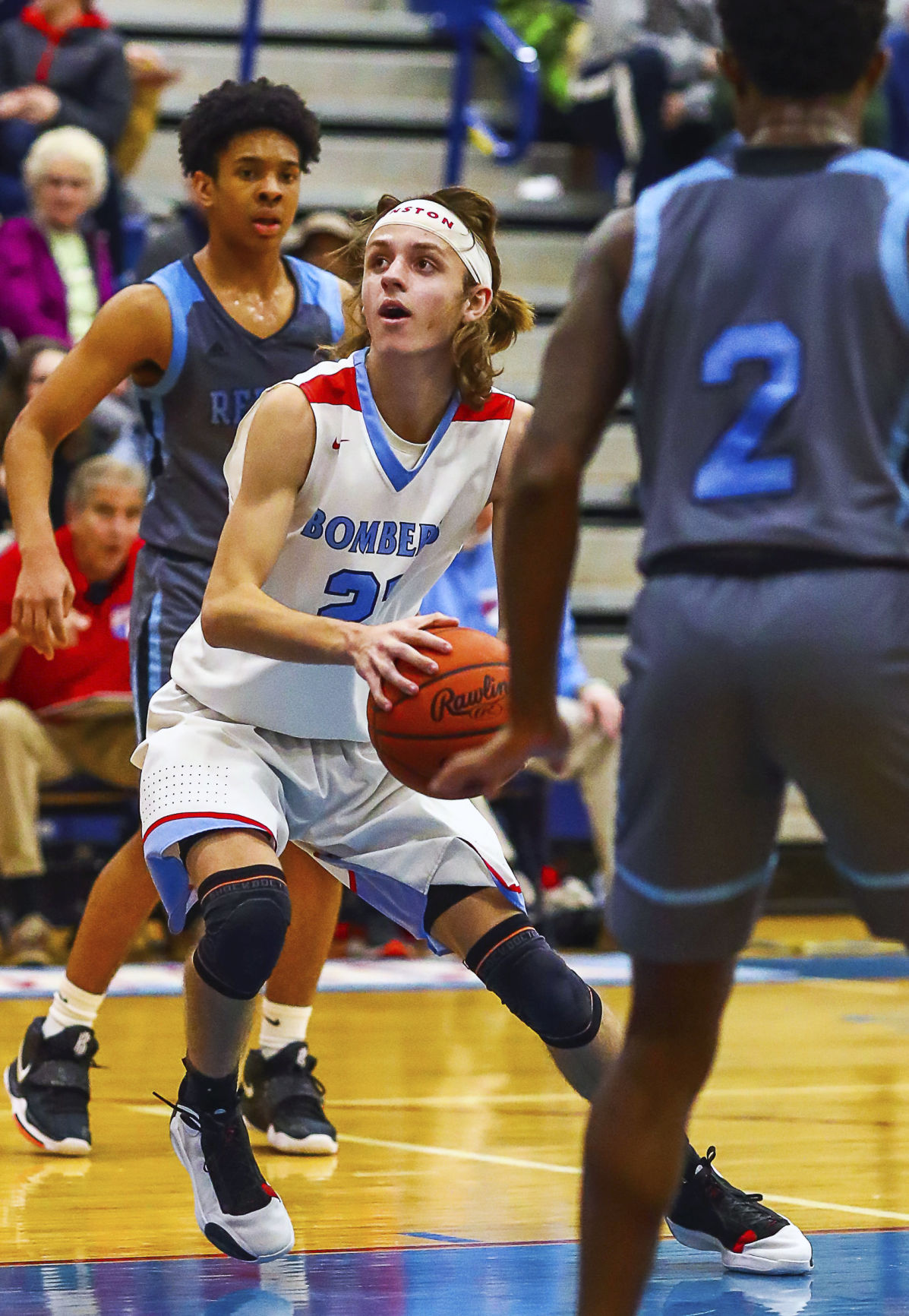 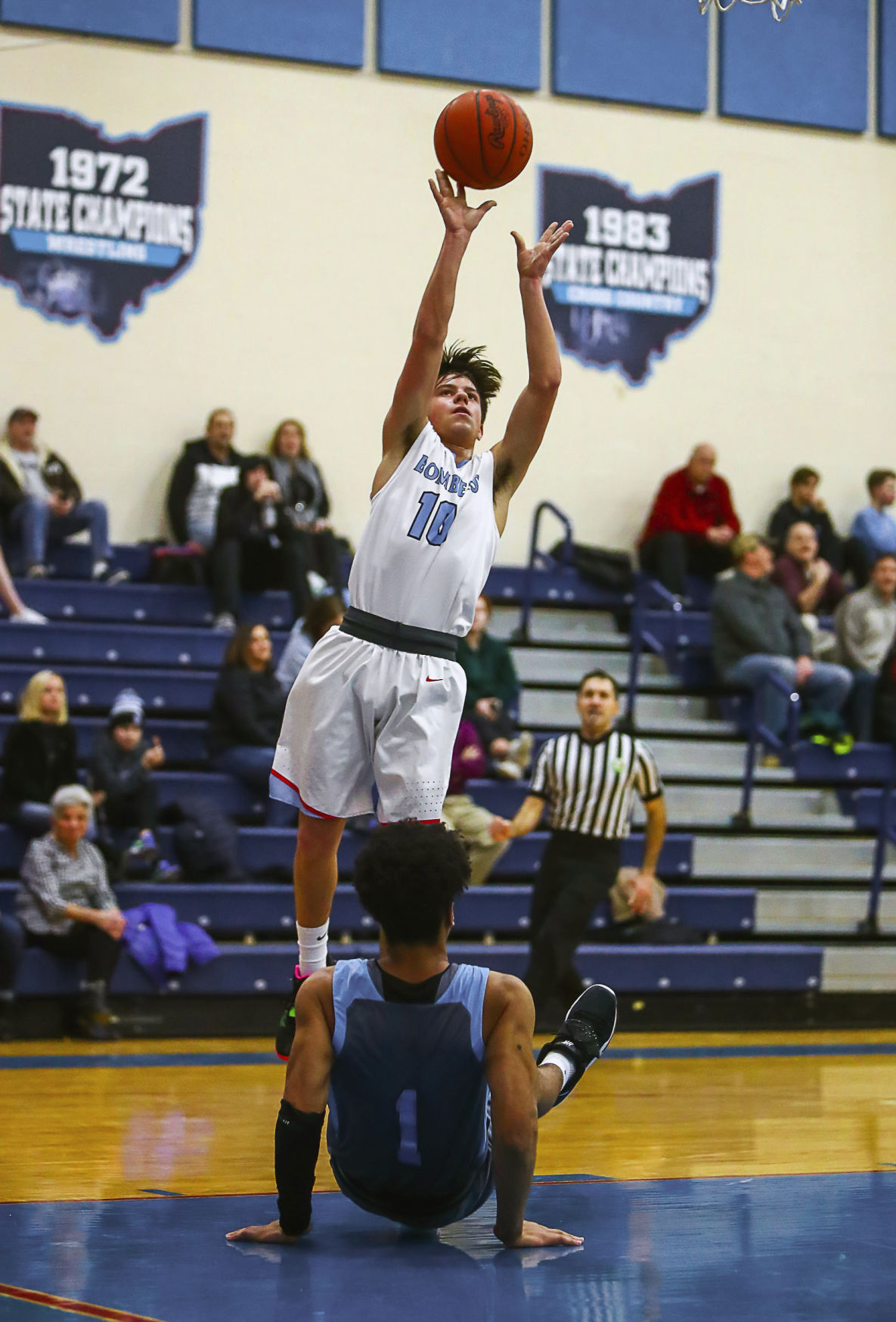 Kenston sophomore Nick Cowoski pulls up against a falling Rebel. 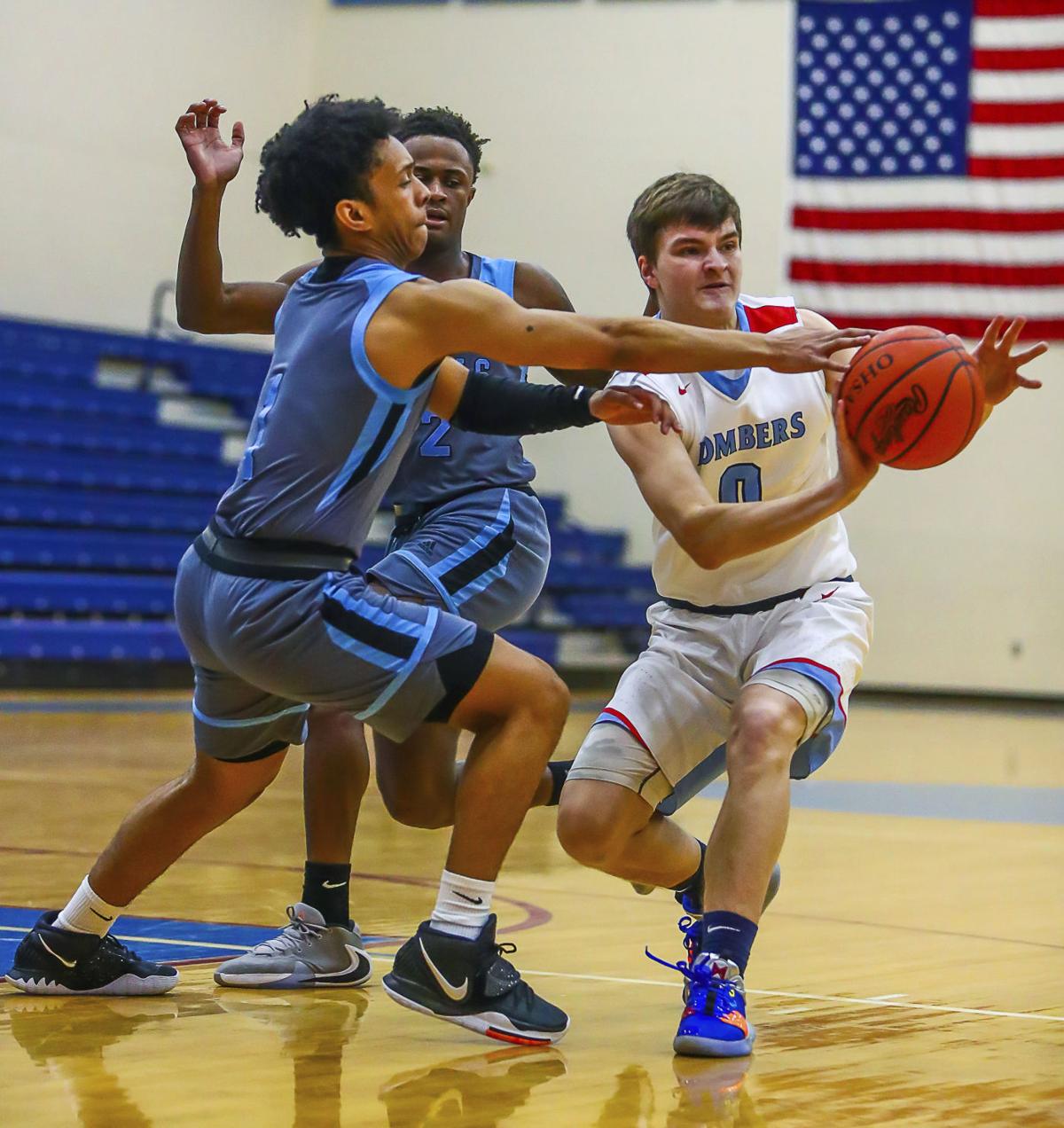 Kenston sophomore Andy Kooser searches for an outlet against the double of Willoughby South junior Will Hagwood (left) and senior Rico Small. 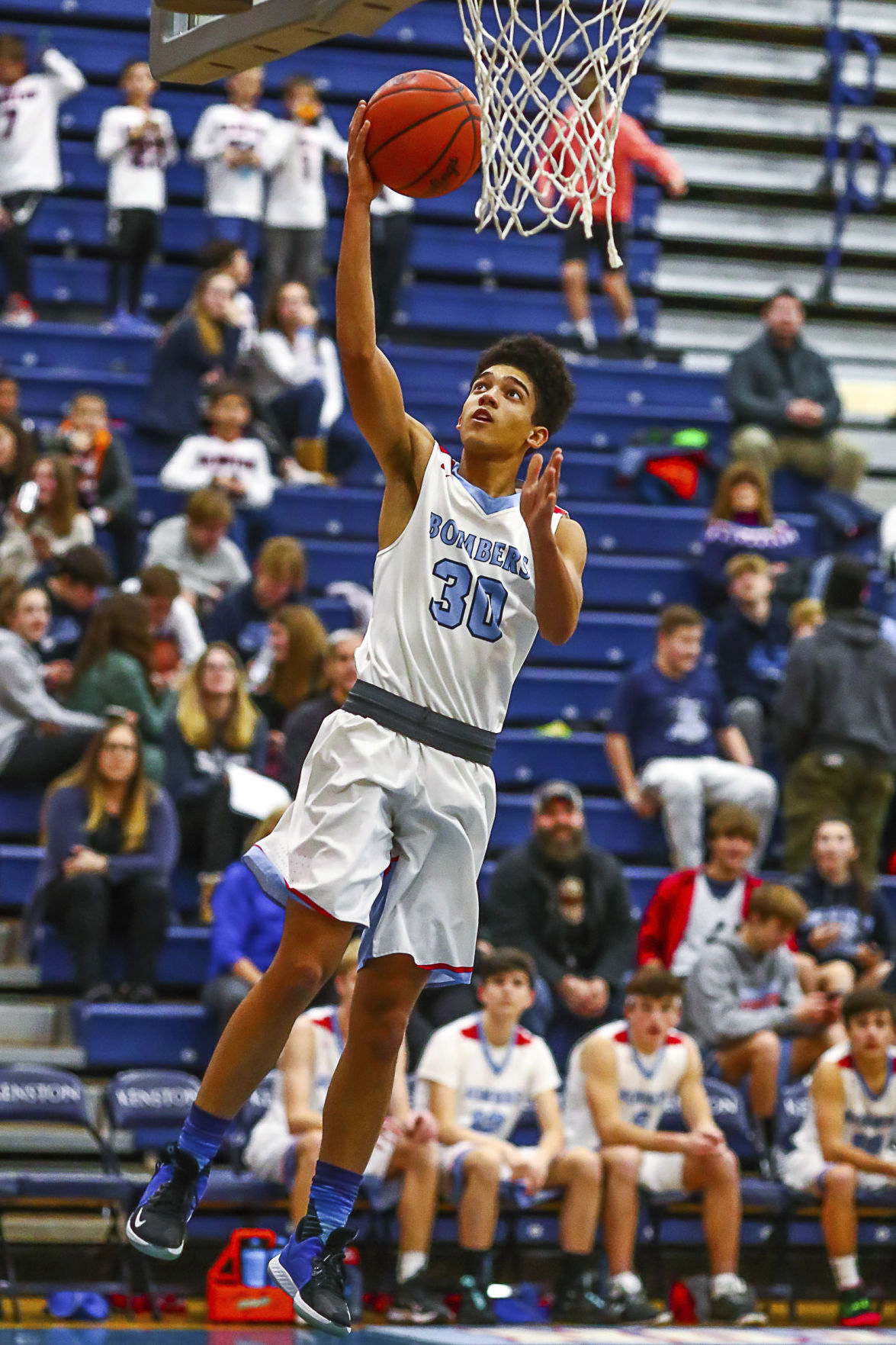 Kenston sophomore Nick Cowoski pulls up against a falling Rebel.

Kenston sophomore Andy Kooser searches for an outlet against the double of Willoughby South junior Will Hagwood (left) and senior Rico Small.

Kenston appeared to be the lone boys hoops team capable of giving defending Western Reserve Conference champion Brush (10-4, 7-0) a run for its money this season.

Headlined by 6-foot-9 senior John Hugley, a Pittsburgh commit, the Arcs have breezed through the first round of WRC games with a 28.3-point average margin of victory, after winning last year’s banner with a 14-0 mark.

Brush’s closest league game so far this campaign resulted in a 71-49 victory against Kenston on Jan. 10. Perhaps if the Bomber cagers could find an answer before hosting Brush in round two of WRC play on Feb. 11, they could somehow force a shared banner.

“We were supposed to win, but we dropped it,” Kenston second-year head coach Derrick DeJarnette said. “We just played bad the whole game. (Andy) Kooser, he’s my leading scorer, but he just had one of those games. And he’s a sophomore, so it’s going to happen.

“We just didn’t play good as a unit either. The guys were so focused on records instead of playing ball. So, they got us. Willoughby South got us.”

Kooser still finished with 10 points and two treys as one of four Bombers in double-digit scoring, but the expectations are high for the young leader. He was coming off a 27-point game during an 82-51 victory against Aurora for his fifth 20-plus-point outing this season in an offense that focuses on sharing the ball.

Kenston did take a 5-0 lead against South on Friday night, but the visiting Rebels answered on a 10-3 run and never looked back. South connected on five triples in the first quarter, including three from 5-foot-10 junior point guard Will Hagwood, who finished with a game-high 17 points.

The Rebels closed the opening period with a trey from Hagwood and another from 5-foot-11 junior Jason Salilari to take a 23-16 lead at the quarter mark. They finished the game shooting 53 percent from deep.

“As a unit, Willoughby South shot lights outs,” DeJarnette said. “They shot a high percentage from the three-point line, which I was clearly shocked about. But it happens. So, give it to South. They played a great game, and we didn’t. So, that’s what happens.”

Kenston scored the majority of its points from beyond the arc with 13 treys, including five 3-pointers from 6-foot senior Alan Wood, who led the Bombers’ scoring column with 15 points.

But with Kenston not getting calls inside, the Bombers fell in love with the three and shot 40 percent overall from the field, DeJarnette said.

The Rebels finished 13-of-22 from the foul line, while Kenston was four-of-seven from the stripe.

While Quinlan, a natural guard, is the Bombers’ tallest starter at 6-foot-3, South had 6-foot-8 senior Bobby Helt swatting shots in the paint, including a pair of blocks in the first quarter to set the tone. Helt also finished with six points behind a quartet of double-digit scorers for the Rebels.

In the second quarter, South took advantage of Kenston’s empty drives by getting out in transition for some fast-break buckets and a 40-31 upper hand at intermission.

“We tried to make a run,” DeJarnette said. “We just had too many turnovers, man. During the whole game turnovers killed us. I want to say we had 14 turnovers. The way we play, yeah, we want to get everyone involved in the game – stay with the team concept. But, if you’re turning the ball over, you really can’t do that.”

While Kenston already relies heavily upon Kooser and Cowoski, the Bombers are going to have to expand upon their sophomore repertoire with 6-foot-5 Rourke McGrath off the bench during the second-round of WRC play, DeJarnette said.

McGrath is the Bombers’ tallest player, and they’re going to need him against the height of guys like South’s 6-foot-8 Helt and Brush’s 6-foot-9 Pitt commit Hugley, not to mention the league-favorite Arcs have 6-foot-8 freshman Tyler Williams and 6-foot-7 sophomore Antwone Woolfolk in their toolbox.

Against South, Kenston’s McGrath scored three points and came up with some defensive stops for the Bombers.

“He did a great job for me against South, and he will get more minutes,” DeJarnette said. “He’s done an excellent job. Rourke really stepped up and seized the moment. I put him in, yes, for his defensive efforts, but I think he got one and-one and maybe another trip to the foul line. He’s a sophomore I’m trying to bring in slow, but now he’s going to have to play a lot.

“And I actually have two other sophomores on my bench, Justin Ford and JP Germano. So, they work hard in practice, and I trust them enough to throw them in the games now. It’s time.”

On Tuesday night, Kenston lost a road battle against Bedford, 77-61, dropping to 7-6.

Up next, the Bombers return to WRC action with a home game against Chardon at 7:30 p.m. Friday.