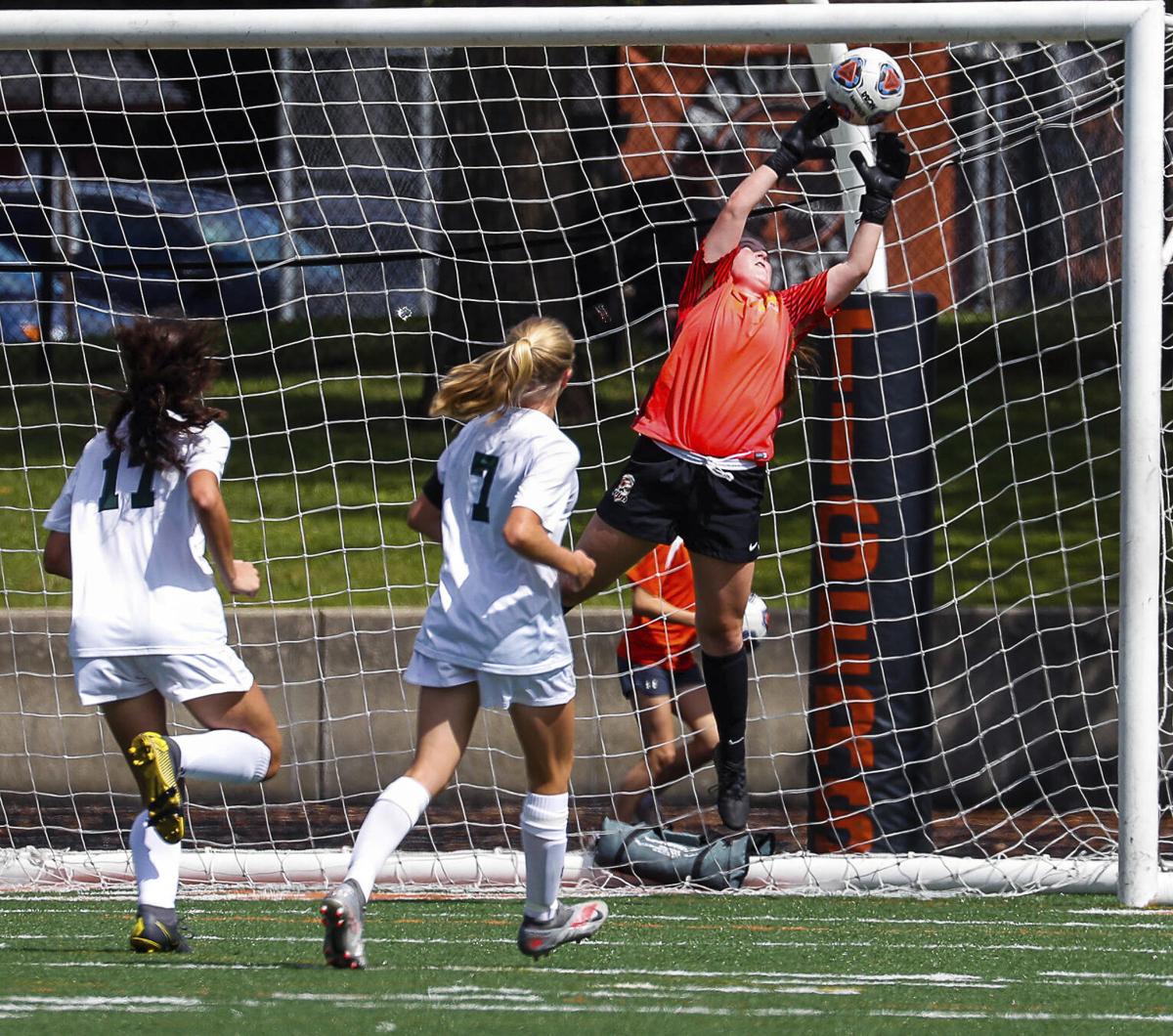 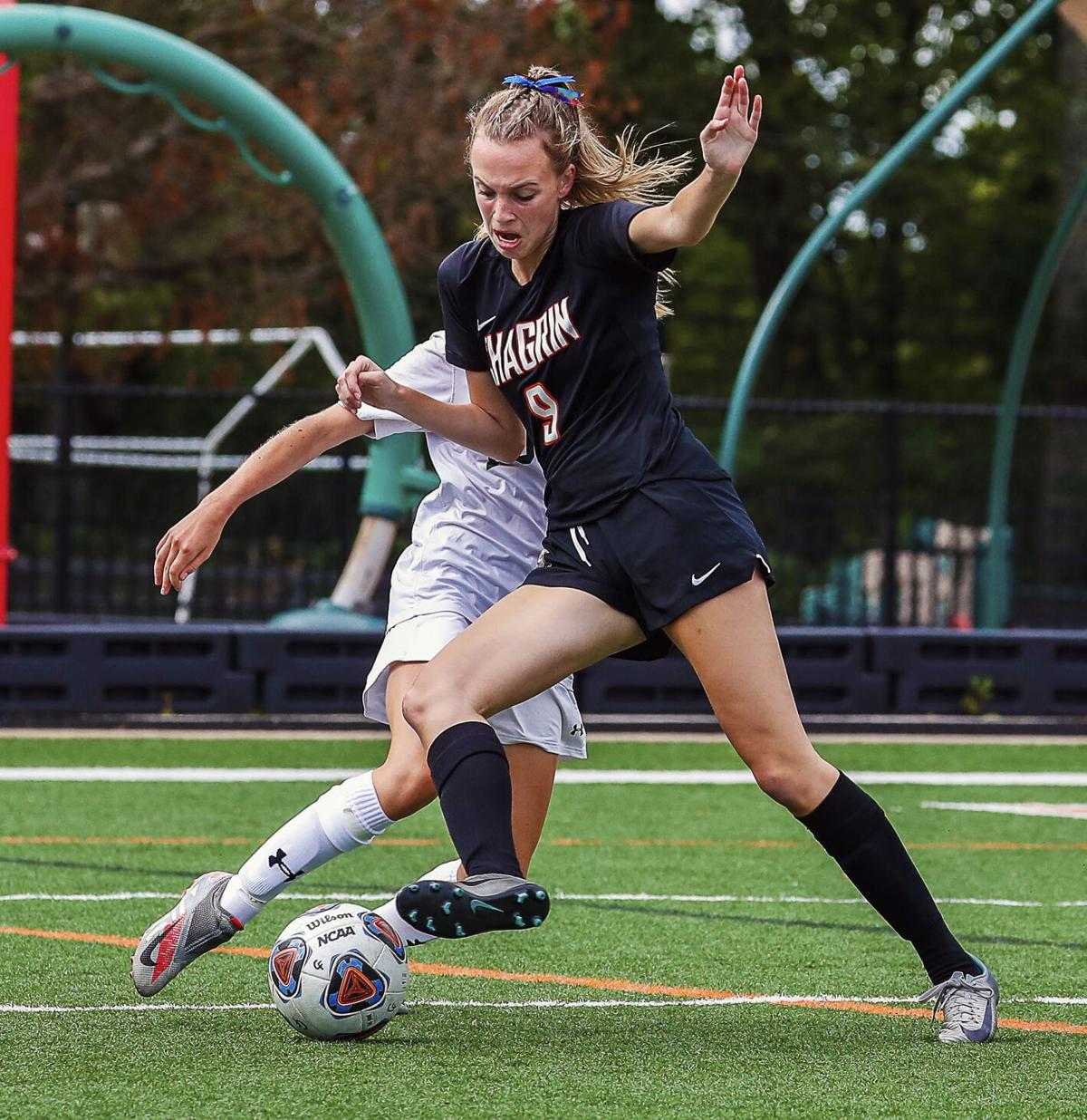 The big question for Chagrin Falls girls soccer entering the 2020 campaign was how the Lady Tigers would fare defensively with the graduation of first-team all-Ohioan Katie Schumacher, a four-year starter now at Western Michigan.

The Chagrin girls have the bar set high, returning from an 18-3-1 Division II state final-four campaign that featured 13 shutouts before losing a 1-0 overtime battle against Mansfield Madison in the state semifinals. Outside defender Molly Barr also graduated from that squad.

But through four games this season, so far, so good.

The Lady Tigers have been “Marley squared,” with seniors Marley Graham and Marley Goodwin stepping up as center backs, and fourth-year starting goalie Aerin Krebs collecting 17 saves with just two goals against -- one coming on a penalty kick.

In addition to Graham and Goodwin, senior Jamie Dustin is a returning starter on defense, while freshman Maggie Oliver got the nod for the fourth spot on the back line in the Lady Tigers’ four-four-two formation.

“Our defense is doing well,” Malone said. “Of course, we lost Katie Schumacher, who was the key defender, but some of the girls who played right next to her are stepping up with their game. Just the philosophy we have with that back line, we call it the wall, and they work together as a unit. They know together they can get the job done.”

Through that mentality, the Chagrin Falls girls got their season started with victories against Kenston, 4-0, Berkshire, 9-1, Aurora, 4-1, and Laurel School, 6-1.

Kenston graduated three starters from its 14-3-1 campaign that featured an attack-heavy offense which averaged 4.7 goals per game.

In Chagrin’s season opener against Kenston on Aug. 25, the Lady Tigers focused on junior attacking midfielder Skylar Cornell, who had 26 goals and eight assists for the Lady Bombers in 2019.

“After playing them last year, we knew we had to watch her,” Malone said. “But Peyton (Gellin) just said, ‘I’ve got her. I’ll take care of her.’ And we just played a very fast game and played together. I think our strength of us playing together is going to be able to match any team, regardless of whether they have one or two good players.”

Chagrin Falls junior center midfielder Peyton Gellin is a third-year starter who led the Lady Tigers with 20 goals and five assists in 2019. Through Chagrin’s first three games this year, Gellin had six goals and an assist.

Other top returners for the Lady Tigers include sophomore striker Elana McGinnis, who had five goals and an assist through three matches, junior forward Sarah Burges, one goal and four assists, and sophomore center midfielder Kate Bartlett.

Malone said, if opposing defenses make a mistake, Gellin, Burgess or McGinnis will capitalize by putting one in the back of the net.

“Elana McGinnis took the time from last season to this season and played a lot of soccer,” Malone said. “She has tremendous speed, and now she has improved soccer skills to go along with that. So, she’s doing very well.”

During the Lady Tigers’ 4-1 home victory against Aurora on Saturday, Gellin and McGinnis scored a goal apiece for a 2-0 lead at intermission.

But the Lady Greenmen provided an answer on a penalty kick by senior Emma Krondorfer in the 50th minute to make it a one-tally game.

“There were moments when nothing was working,” Malone said. “Nothing was clicking from the back line to the midfield to the forwards. When they scored on the PK, I said, ‘OK, here we go. We need to answer very quickly.’

“So, it ended up being 4-1, but, when it was over, we all looked at each other as a coaching staff and said that didn’t look like a 4-1 game. Aurora just attacked the ball quickly, and it felt like any minute they could open up.”

Gellin ended up putting away the 3-1 tally to provide the Lady Tigers some breathing room off an assist from Burgess, thanks to some combination work in the 18-yard box. McGinnis then put the game to bed off her second tally of the afternoon for the 4-1 final.

Burgess finished the game with two assists, while Dustin had one and senior Maria Munday had another.

During that game, Chagrin Falls also featured a lineup with three freshmen on the pitch at times, including Oliver, forward Lindsay Burgess and midfielder Alex Chinnicci.

Also stepping up this season is senior midfielder Summer Snell, who buried two goals in the 9-1 victory against Berkshire.

Chagrin Falls is a program that has built a reputation for making teams pay on set pieces, but the Lady Tigers don’t want to rest their laurels on corner kicks and free kicks during tight battles down the road, the coach said.

Although, the Lady Tigers did score on corner kicks against Aurora and Kenston, as well as a free kick against Berkshire.

“We really work on set pieces, but we also want to be able to score goals in free play,” Malone said. “So, that’s one of our focuses this year, is to score in free play with combinations and speed of play in the box.”

Up next, the Lady Tigers will travel to West Geauga at 7 p.m. Thursday.