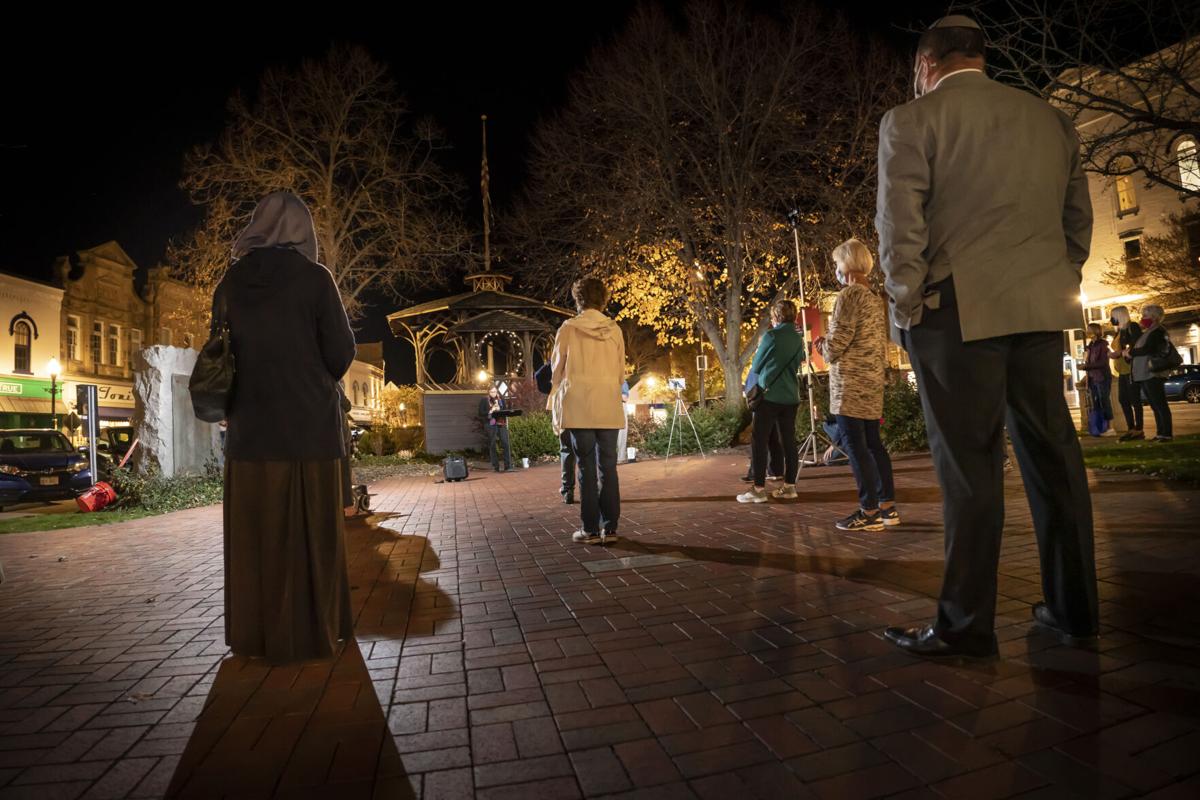 About 50 people gathered at Triangle Park in Chagrin Falls on Nov. 10 for an interfaith prayer vigil. A passer-by interrupted the vigil by yelling obscenities about President-elect Joseph Biden, even though the vigil was unrelated to political matters. The religious leaders prayed for peace and healing. Another vigil is scheduled on Tuesday at Valley Presbyterian Church in Bainbridge. 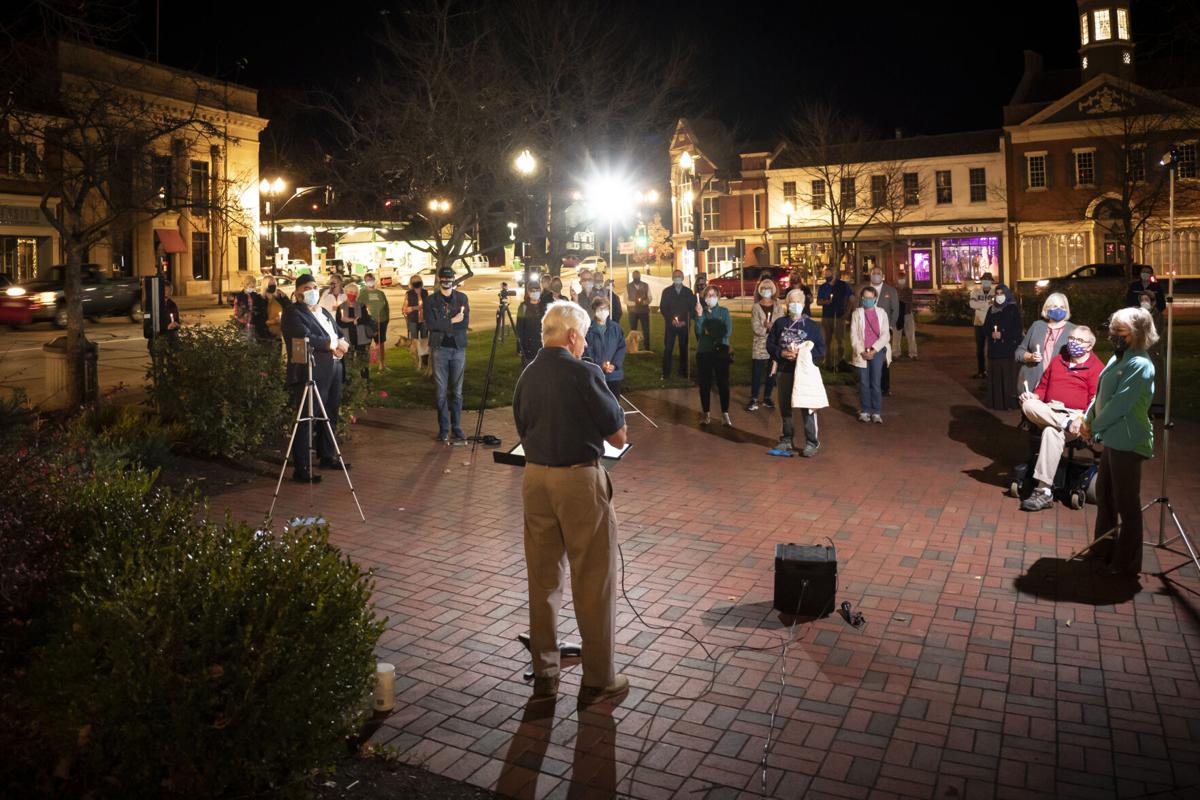 About 50 people gathered at Triangle Park in Chagrin Falls on Nov. 10 for an interfaith prayer vigil. A passer-by interrupted the vigil by yelling obscenities about President-elect Joseph Biden, even though the vigil was unrelated to political matters. The religious leaders prayed for peace and healing. Another vigil is scheduled on Tuesday at Valley Presbyterian Church in Bainbridge.

CHAGRIN FALLS — Christian, Jewish and Muslim religious leaders came together at Triangle Park in Chagrin Falls last week for an interfaith prayer vigil calling for peace and healing. Even though the event was nonpartisan and unrelated to the general election results, attendees said that a woman drove by and yelled obscenities about President-elect Joseph Biden.

About 50 people attended the Nov. 10 gathering, which was organized by Darlene Nichols, a member of the Federated Church in Chagrin Falls. There was another vigil on Tuesday at the Federated Church Family Life Center and one more is scheduled for Nov. 24 at Valley Presbyterian Church in Bainbridge. Each gathering has had Christian, Jewish and Muslim speakers.

At last week’s vigil in Chagrin Falls, Rabbi Scott Roland of Congregation Shaarey Tikvah in Beachwood had a few words prepared. Before he addressed the group, he heard what he called an “off-color remark” from the passer-by.

“I wasn’t surprised when a woman drove by and twice repeated an off-color remark about our president-elect that took me out of my sacred space,” Rabbi Roland said. “But my remarks to those gathered there were truthful. I said this is why we need to be engaged in this work. Our country is deeply divided, and we have a responsibility to create unity and understanding and build places where people can have real conversations.”

Rabbi Roland said that he is not angry about the incident, but instead sad that it took place. He prayed for the woman. People are carrying an immense weight on their shoulders, he said, due to the COVID-19 pandemic, the Nov. 3 election and other personal matters. By getting to know each other, Rabbi Roland said that he hopes people will open their hearts and minds.

Ms. Nichols said that the members of the Social Justice Advocacy Ministry at the Federated Church were brainstorming ideas for how to bring the community together when the nation is divided on a multitude of issues. They decided to hold interfaith prayers that focused on healing and peace. The vigils are nonpartisan and open to all. The last one is 6-6:30 p.m. on Nov. 24 at Valley Presbyterian Church, 17560 Route 306 in Bainbridge.

“I feel sad that that happened, but we have freedom of speech,” Ms. Nichols said of the obscenities from the woman. “At the end of the vigil, the rabbi who did the benediction said a prayer for her. It was not totally unexpected, but it was disappointing.”

Retired minister Susi Kawolics also helped coordinate the vigils. People are getting more and more hostile toward each other, she said, noting that it can be difficult to have a conversation with someone who has different beliefs. Everyone needs to pray to heal the rift, she said.

Imam Mustafa Duzdag, a Muslim member of the Northeast Ohio Intercultural Association, said that he gladly accepted Ms. Nichols’ invitation to be involved with the interfaith prayer vigils. Increasing the dialogue between different groups of people and promoting peace and healing is important, he said.

“We need to understand each other,” he said. “We need to respect people’s beliefs, ideologies and faiths.”