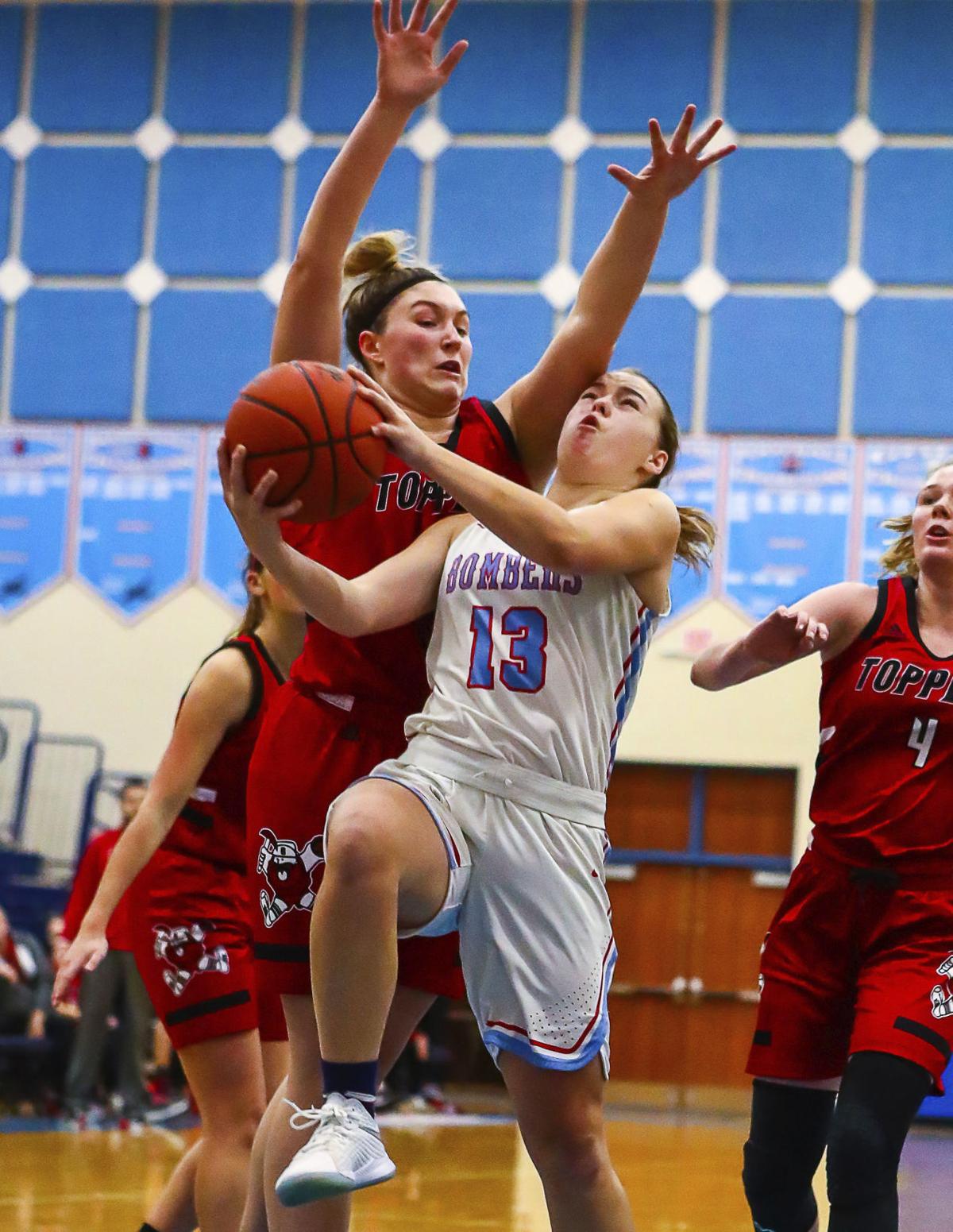 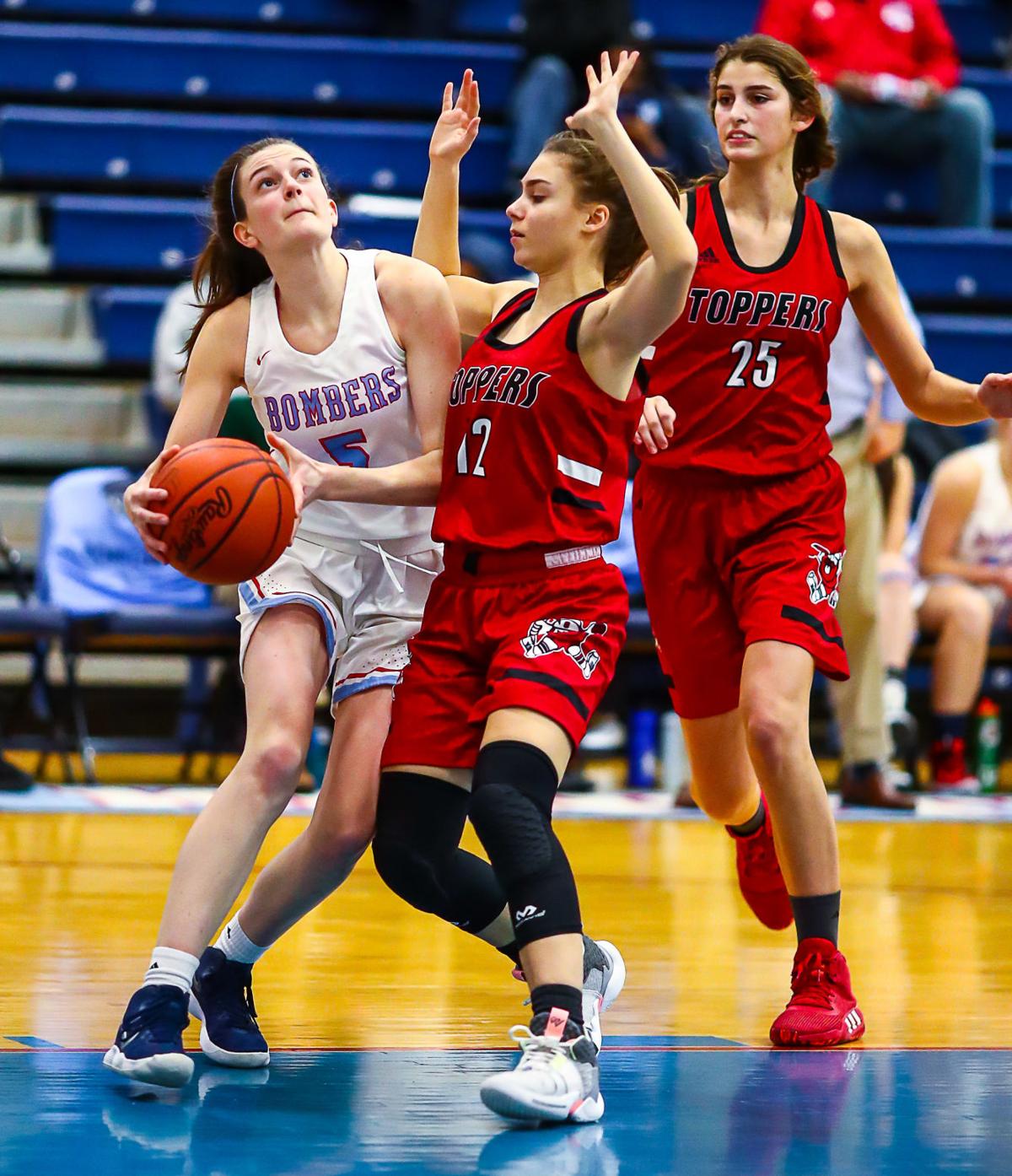 Kenston senior Rachel Apshago and sophomore Catara DeJarnette were lighting up the basket, as the Lady Bombers owned a 44-36 lead entering the fourth quarter of a home affair with league foe Chardon on Saturday night in Bainbridge.

The Kenston girls (8-7, 5-3) were attempting to get back above .500, after starting their hoops campaign at 6-2, but eight-point leads had not been kind to the Lady Bombers earlier this season.

Kenston owned an eight-point lead against Streetsboro entering the fourth quarter of a non-league home game on Dec. 21, but the Lady Bombers lost that battle, 50-49.

And Kenston owned an eight-point lead against Brush entering the fourth quarter of a Western Reserve Conference road test on Jan. 8, but the Lady Bombers suffered another defeat, 55-52, amidst a five-game skid that put them below .500.

“We had a five-game losing streak, and we just couldn’t close out games,” Kenston third-year head coach John Misenko said. “And our first three losses of the season, we lost by (a combined) five points.”

In addition to the 50-49 Streetsboro loss, Kenston lost a 55-52 nail-biter against Notre Dame-Cathedral Latin on Nov. 26, in a game the Lady Bombers had a seven-point lead entering the fourth quarter. And the Kenston girls lost a 64-63 seesaw during their first meeting with Chardon on Dec. 7.

Overall, the Lady Bombers had four single-possession losses at the midpoint of their season.

But Kenston got over the late-game humps with a pair of WRC wins last week, first defeating Willoughby South, 51-44, on Wednesday, and then turning the basket on Chardon, 62-43, on Saturday. Sure enough, they owned eight-point leads entering the fourth quarters of both of those games, but this time they kept the pedal to the metal in crunch time.

“We had lost a few games in a row and got to the point where the girls were frustrated, I was frustrated, and we were just trying to figure everything out,” Misenko said. “And I think Chardon and Willoughby South helped us to do that. Especially after losing to Chardon the first time, we definitely wanted to get a win.”

Behind 22 points, six boards and seven steals from 5-foot-10 post Apshago, as well as 19 points and eight assists from 5-foot-6 guard DeJarnette, the Lady Bombers outscored Chardon, 18-7, in the fourth quarter for the 19-point victory. The Lady Hilltoppers dropped to 8-7 with a 5-3 mark in the WRC, mirroring Kenston’s record.

DeJarnette previously dropped 24 points during Kenston’s first meeting against Chardon in December, and 5-foot-10 senior Marcie Oglesbee scored 15 points, but Oglesbee suffered a season-ending injury during the Lady Bombers’ next game. She also missed all of last season with an injury.

Since Misenko took over the coaching reins, Kenston and Chardon had played five straight games decided by single digits, including three by one possession, before the Lady Bombers put the 19-point rout on the Lady Hilltoppers Saturday night.

“Oh, absolutely, I’m surprised,” Misenko said about the runaway victory. “I think Cullen (Harris) is a phenomenal coach, and he always has those kids ready to play. In six times we’ve played each other since I’ve been here, I think that’s really the only time anybody has ever really got the best of somebody.”

While Kenston was without Oglesbee, the Lady Hilltoppers were without 5-foot-8 freshman point guard Emily Noerr, who scored 11 points in the first meeting. But the Lady Bombers’ defense was keyed on taking away the Chardon’s 6-foot-1 starting junior post Kayla Noerr, as well as 5-foot-9 junior guard Sam Leichty.

The elder Noerr finished with 14 points and 10 boards, while Leichty had 12 points, but they were the only Lady Hilltoppers with more than four points.

“But we executed really well. We were making shots. Rachel (Apshago) and Catara (DeJarnette) played phenomenal basketball. They just really took over. I told them, ‘That’s the way you two need to play together all the time.’”

DeJarnette has regularly been the Lady Bombers’ leading scoring since her freshman season, but Apshago’s 22 points was a season-high after scoring zero points in the previous meeting against Chardon.

“Those two especially did a great job on their post players, and we were able to help them out when needed with our guards,” Misenko said. “We don’t have the size that some of these teams have, but my post players are athletic and can shoot the ball. And my girls just busted their butts playing defense.”

Overall, Kenston shot 49 percent from the field with six made triples, while they held the Lady Hilltoppers to 38 percent with zero makes from beyond the arc.

In the previous meeting, Chardon 5-foot-6 junior Jo Janda drained five treys against Kenston to finish with 24 points. In Saturday’s rematch, she was contained to four points and four assists.

“Sam Leichty and their post players were the biggest concerns, but, obviously, I made it a point to tell the girls that Janda had five threes against us last time,” Misenko said. “A few of them were inbounds plays where they’d pass the ball into the big and she just slid into the corner, and we didn’t get out and guard her.

“So, a few of the shots she hit on us last time were breakdowns on our part. And we really did a nice job of defending the ball screens and taking away the open shooters with our post defenders hedging and our guards fighting through.”

Also in the starting unit for Kenston, Eden Kesler scored seven points with a 3-pointer, and fellow senior guard Chloe Thomas chipped in two points. Meanwhile, Lady Bomber 5-foot-11 junior Kate Haynes scored two points off the bench, but she exited the game with an injury in the second quarter.

Without Thomas, whom Misenko said is his best rebounder, Chardon cleaned up to finish plus-16 off the glass. But a good chunk off those Lady Hilltopper boards came off their own misses.

“We were making our shots, which helped,” Misenko said. “The other thing is that Chardon had 18 or 19 turnovers, and I think we had nine. So, we were able to handle the ball and do what we needed to do.”

The best takeaway was the Lady Bombers’ ability to close out that fourth quarter on an 18-7 run to put the game away, Misenko said.

It simply boiled down to making open shots and getting stops, he said.

“We’ve been in games,” Misenko said. “Outside of Eastlake (North) and (St. Vincent-St. Mary), every other game we’ve played we’ve had a chance to win. So, I’m really proud of my team and the way that they fight and how they work hard.

“So, we’re a few points from having a totally different record, but I like where we’re heading now. We just have to take it one at a time.”