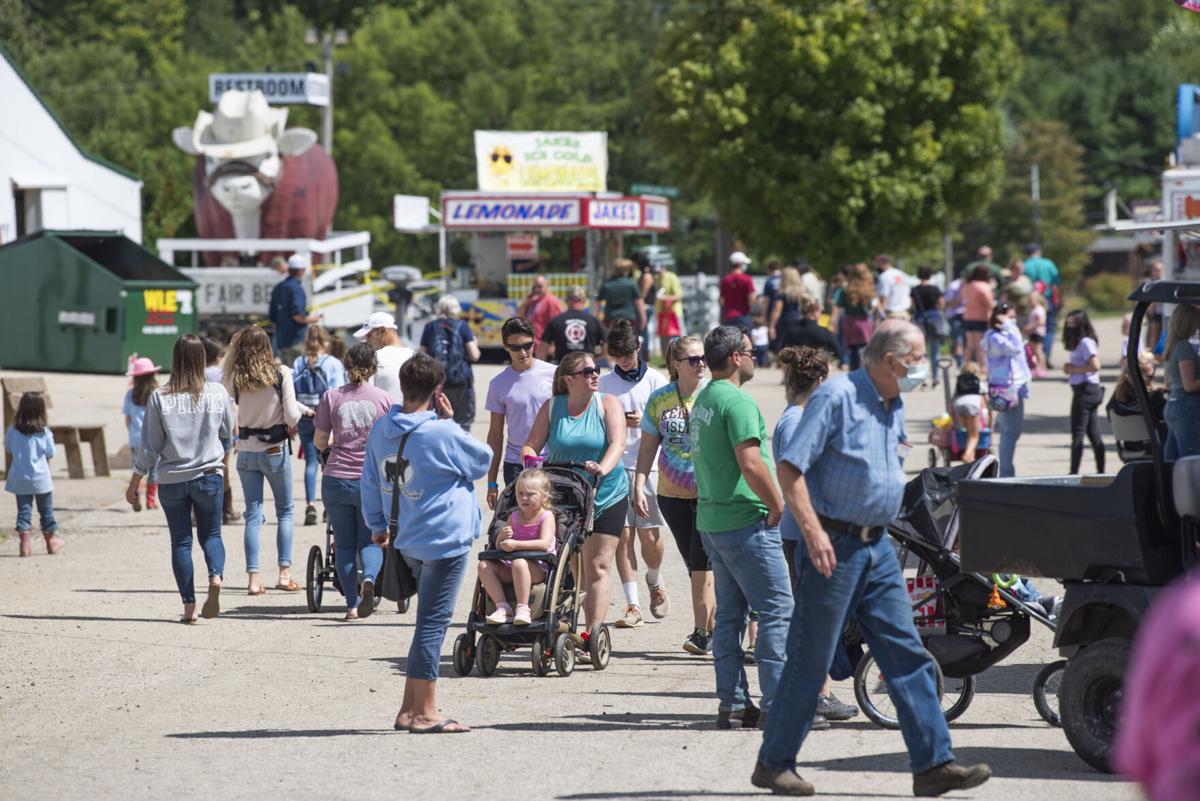 Attendees of the 198th Great Geauga County Fair walk the main drag of the fairgrounds over Labor Day weekend. The annual event hosted only the Junior Fair this year as mandated by Gov. Mike DeWine. The fair ran from Sept. 3-8, featuring livestock shows and a live and virtual auction to show for the work of 33 4-H clubs across the county. 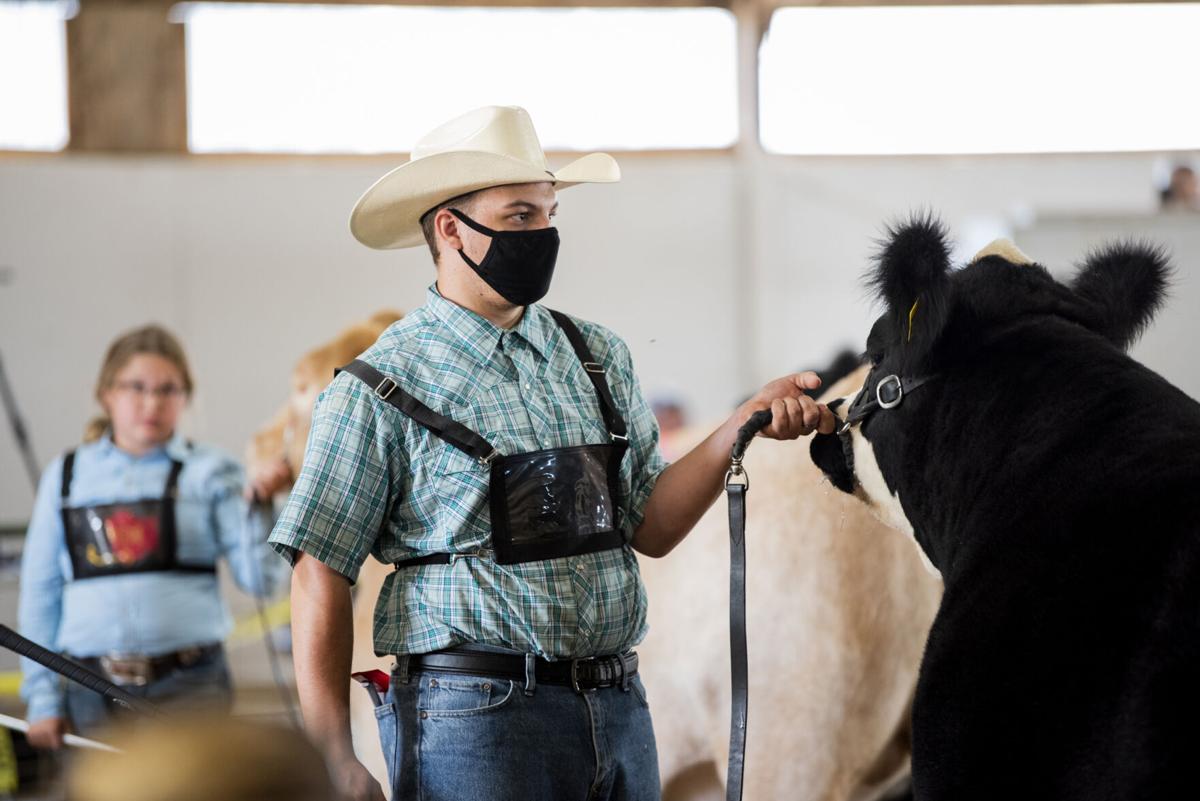 Trevor Christian wins the top prize for his Grand Champion Market Steer during the Beef Cattle Show at the Great Geauga County Fair. 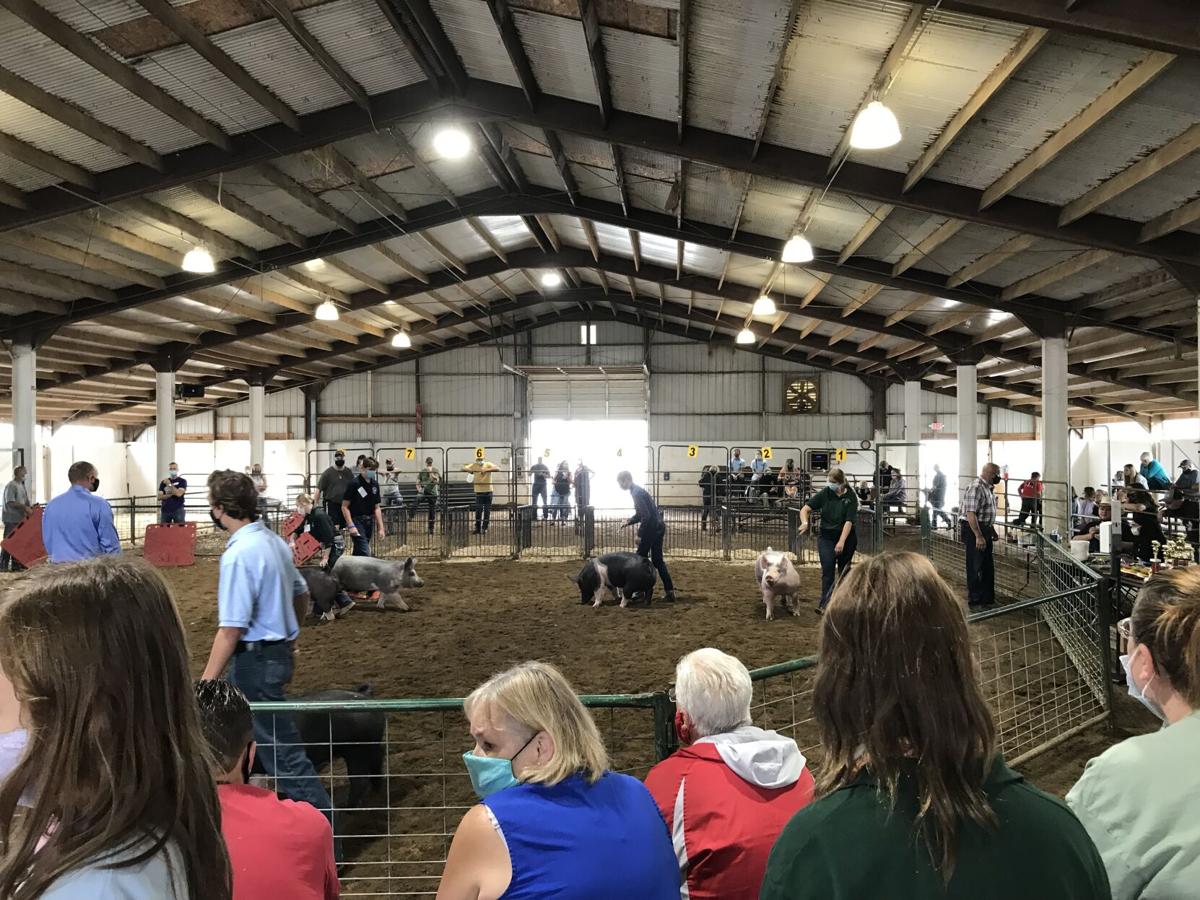 Friends and family gather in the arena last weekend as participants present their pigs for the Junior Fair Swine Show.

Attendees of the 198th Great Geauga County Fair walk the main drag of the fairgrounds over Labor Day weekend. The annual event hosted only the Junior Fair this year as mandated by Gov. Mike DeWine. The fair ran from Sept. 3-8, featuring livestock shows and a live and virtual auction to show for the work of 33 4-H clubs across the county.

Trevor Christian wins the top prize for his Grand Champion Market Steer during the Beef Cattle Show at the Great Geauga County Fair.

Friends and family gather in the arena last weekend as participants present their pigs for the Junior Fair Swine Show.

Under the green awning of Tex’s Lemonade stand, two boys ordered drinks at the Great Geauga County Fair this past weekend. Mike Wilson scooped ice into a cup, spouted water into it, covered it with another cup and shook it rigorously. He poured out the sweet liquid into the familiar green and white striped cup and handed the brimming, bubbling lemonade to the boys.

Mr. Wilson was glad to be at the fair, but like other vendors, he is struggling, trying to keep the Zanesville family business alive during health restrictions due to the ongoing coronavirus pandemic in Ohio and nationwide.

“It’s been bad,” he said. Normally he takes the business to about 10 events a summer, but the Geauga fair in Burton was just the third after fairs in Portage and Perry counties this summer.

Tex’s stand was started in 1957 by Mr. Wilson’s grandparents, who sold the lemonade at farm markets. Mr. Wilson has worked at the stand since he was small and it’s now his main business. What is the secret to the lemonade? “I couldn’t tell you,” Mr. Wilson said.

Though he refrained from saying too much about the restrictions, he said that the rules have not been consistent. “I do think the governor should have thought about the smaller industries like us,” he said. Tightly spaced bars freely open, he explained, but the 100-acre fair is shut down? “It also hurts the community,” he said, adding that his workers normally go to town, spending money on produce, gas and even haircuts. “It kind of hurts everything.”

Over the fairgrounds, the PA speaker boomed, advising the fairgoers to distance and sanitize, and announcing that the fair endeavored to make a great fair for the youth. Inside the arena, children clad in white jeans and white polos led their large black and white cattle during the dairy cattle judging.

One large, raftered barn housed a variety of vendors like Cutco, a cutlery company. Al and Julie Anthony of Bainbridge, fair attendees, stopped by the stand and raved about their Cutco knives they have had for 50 years. Mr. Anthony said his wife loves the fair, and Mrs. Anthony said she still thought it was fun this year. The Anthonys stopped to chat with Mike Tortora, who has sold and sharpened knives for about eight years at Cutco.

The national, No. 1 knife business in the U.S. began in 1949, and for this bigger company, business is growing. As Mr. Tortora said, “When things are bad, people stay at home and cook more.”

Though Mr. Tortora went from the usual 40 events since March to two events, he said, “I’m pretty sure I’m ahead or about on pace to what I did last year.”

For Smokin’ Oak, a smoked meat snack stand at the fair, overall sales have been down by about 90 percent. Owner, Steve Amber, expressed frustrations over the statewide restrictions. “I’m scared,” he said about the future of his business. He now takes his business to flea and farm markets, just to stay alive. Normally he attends larger events like boat, car and home and garden shows. “I’m doing anything and everything just to do something,” he said.

The owner of the 30-year-old company took over Smokin’ Oak from his aunt and uncle after he worked the stand to make extra money after college.

“For $25, you get a piece of everything,” he explained to customers as music played from a radio hanging in the red tent at the Geauga fair this past weekend.

“I say, open up everything,” he said. “If you’re concerned, it’s a free country, don’t go. But let other people live and move on because there are other detriments to not opening.”