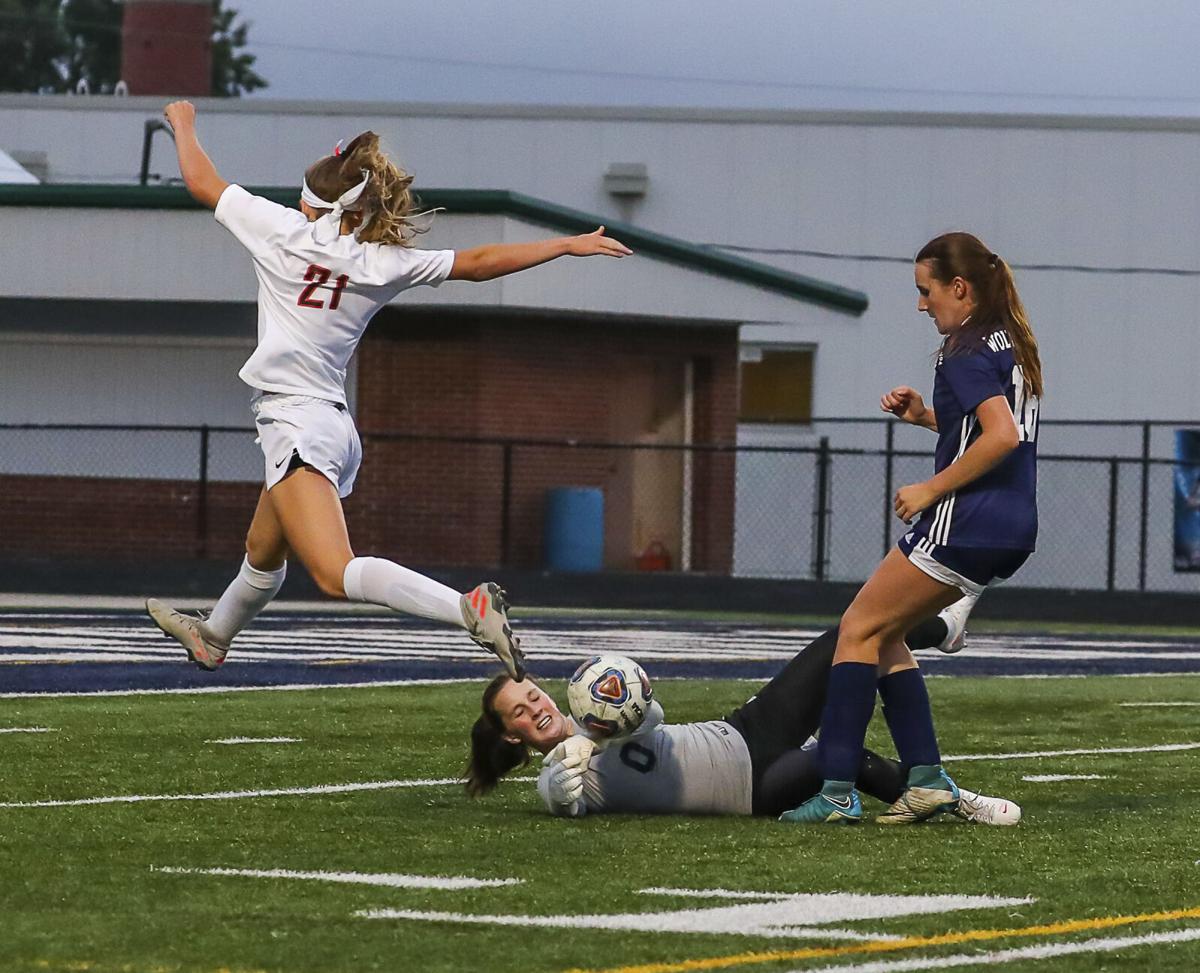 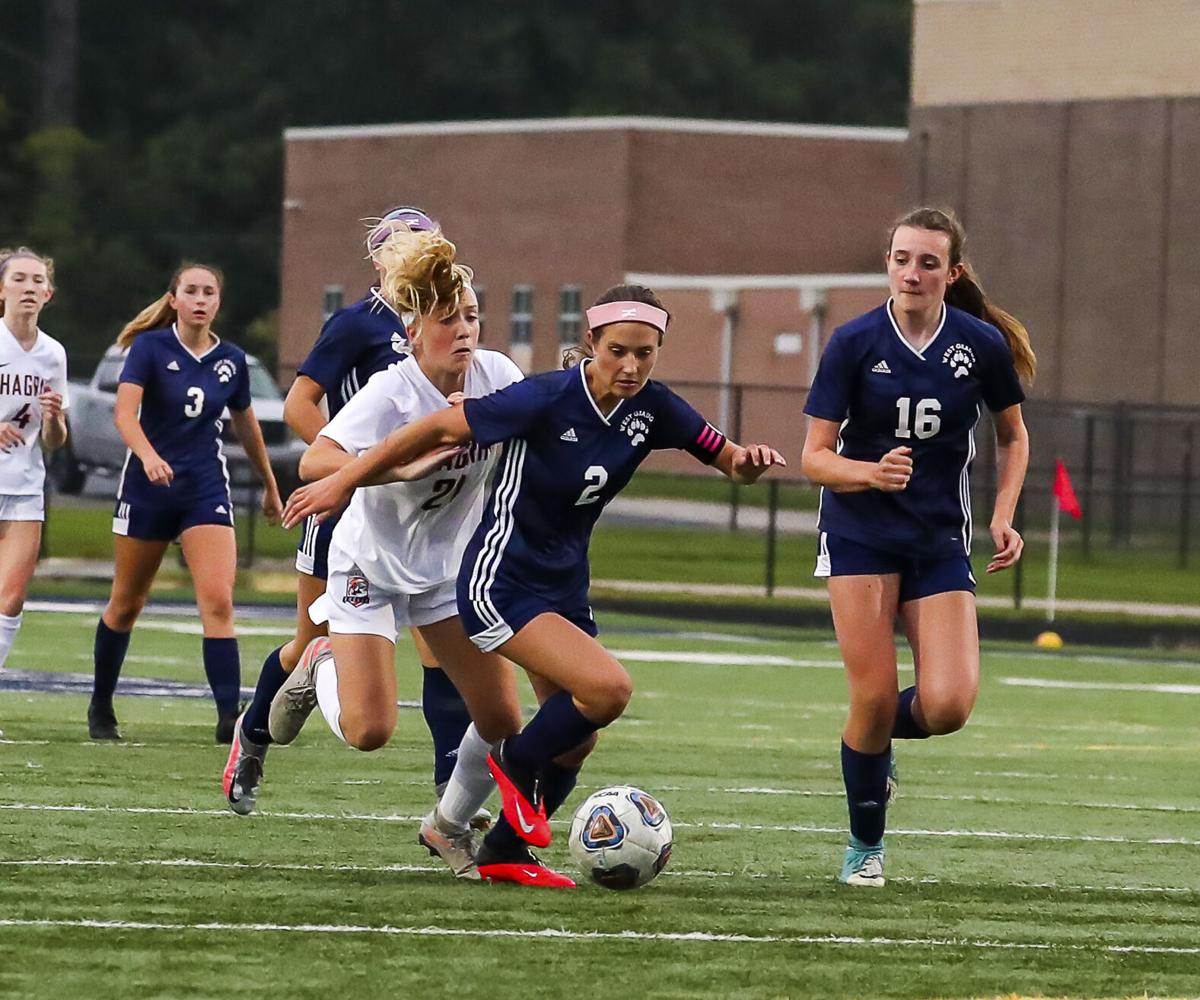 The West Geauga girls soccer team didn’t shy away from any Goliaths to open their 2020 campaign, playing a pair of reigning district champions, a regional champion and a state runner-up program out of the gates.

And through five matches, the Lady Wolverines (4-1) have come away with a quartet of 3-1 victories on the pitch, losing only a 2-1 road battle against 2019 Division II state runner-up and current state No. 1-ranked Mansfield Madison (7-0), according to the coaches poll.

“I’m really proud of how the girls have been playing lately,” Jesenovec said. “The big focus for this year was really to pose a challenging schedule, and, as you can tell, we’re definitely not falling short of that.

“It’s one thing to have a decent record against teams that are not of high caliber, but I think it’s fair to say that the teams we’ve played all come from good backgrounds, good histories, good coaches and are posing good challenges for us to get better and grow this year.”

In that victory, Lady Wolverine senior holding midfielder Bailey Zanella capitalized on a pair of goals, with the first tally coming just 53 seconds into the game, when junior center midfielder Rae Ehrbar collected a throw-in from sophomore defender Zoe Cowles and tapped it to the middle, where Zanella hammered home a one-touch strike from 25 yards out that hit off the bottom of the crossbar.

“Bailey is probably one of the most humble players I have on the field,” Jesenovec said. “Her ability to just do the work for her teammates around her is a reason why she’s a head captain and the girls respect her. Against Chagrin, she just really saw all of her hard work come out on the field.”

Zanella struck again with 31:28 remaining in the second half, when Ehrbar delivered a corner kick to the top of the 6-yard box that she deflected back post, side netting, for a 2-0 upper hand. It was the Lady Wolverines’ first corner of the game.

Seventy-eight seconds later, senior forward Nicola Ehrbar, a team captain and a first-team all-Ohio selection with 30 goals and nine assists in 2019, controlled possession on the sideline, sent a horizontal feed to the younger Ehrbar at the top of the 18-yard box, who then put together some combination work with a tap forward to sophomore forward Frankee Flesher for a point-blank, upper-netting finish.

That was Flesher’s fifth tally in three games to provide West G a 3-0 advantage against an unbeaten Chagrin team.

Two days later, on Saturday, Flesher added two more tallies in the 3-1 victory against Lake Catholic to up her season total to seven goals, after providing 11 goals and five assists in 2019.

“The game is 11 players on the field, and Nicola (Ehrbar) is a fantastic goal scorer, but she’s also a fantastic playmaker,” Jesenovec said. “So, one of the things that is nice to throw at opponents is diversity on the field.

“And between Nicola and Frankee (Flesher) and Rae Ehrbar and Holly Jeunnette and Bailey Zanella, if you try to narrow in on one player, you’re going to miss a hole somewhere else on the field. That’s the mentality of our program this year, that every player has a vital role.”

Among those five returners, West Geauga will have plenty of offense to spread around through the rest of the season.

While the elder Ehrbar netted just one tally through four games, on an assist from senior center back Aubrey Zanella for a 1-0 lead in the Lake Catholic game, she scored all three goals for a hat trick during West G’s 3-1 road victory against Mayfield on Monday evening.

Aubrey Zanella, also a team captain, is the lone returning starter on the back line, but she is joined by a trio of top reserves from a year ago, including sophomore Megan McGinnis as a partner at center back and then junior Shannon Swinerton and Cowles as outside backs.

“I think what is huge is that the girls who have stepped into those roles now are extremely coachable,” Jesenovec said. “They’re like sponges back there and play their roles. The biggest thing with all of them is that they’re playing together. That’s the biggest thing, is you need everyone on the same page together to be able to really turn out results.”

And returning as West G’s starting goalkeeper is sophomore Ashlyn Drayer, who made 61 saves and allowed 0.94 goals per game during her freshman campaign.

The lone tally she surrendered against Chagrin Falls was on a long, vertical through ball that Lady Tiger sophomore forward Elana McGinnis picked up for a breakaway that she tapped around a sliding Drayer outside the box and finished with 10:04 remaining for the 3-1 final.

“If the goalkeeper isn’t making these diving, crazy saves, sometimes we think that she’s not standing on her head, but there’s been numerous times she hasn’t had to make a diving save because her positioning was really well on the field or in the box,” Jesenovec said of Drayer. “So, she’s really started to gain confidence back there and command the field.”

Drayer did collect eight saves against Chagrin Falls to help fend off the state-ranked Lady Tigers.

With 5:30 remaining, Chagrin senior midfielder Summer Snell played another through ball to McGinnis, but this time Drayer made a sliding save at the edge of the box to preserve the two-goal lead.

“Sometimes it might not be right in the box, but she came out of the box there at the top, and she was there to make that amazing save,” Jesenovec said. “It’s those things that keep our momentum going.”

Through five games, Flesher has seven goals, the elder Ehrbar has four goals and two assists, the younger Ehrbar has six assists, midfielder Zanella has two goals and an assist, and Drayer has 23 saves.

The Lady Wolverines were scheduled to play Kirtland (5-0-2) on Wednesday, with the Lady Hornets ranked No. 3 in the coaches poll after coming off a Division III regional championship campaign.