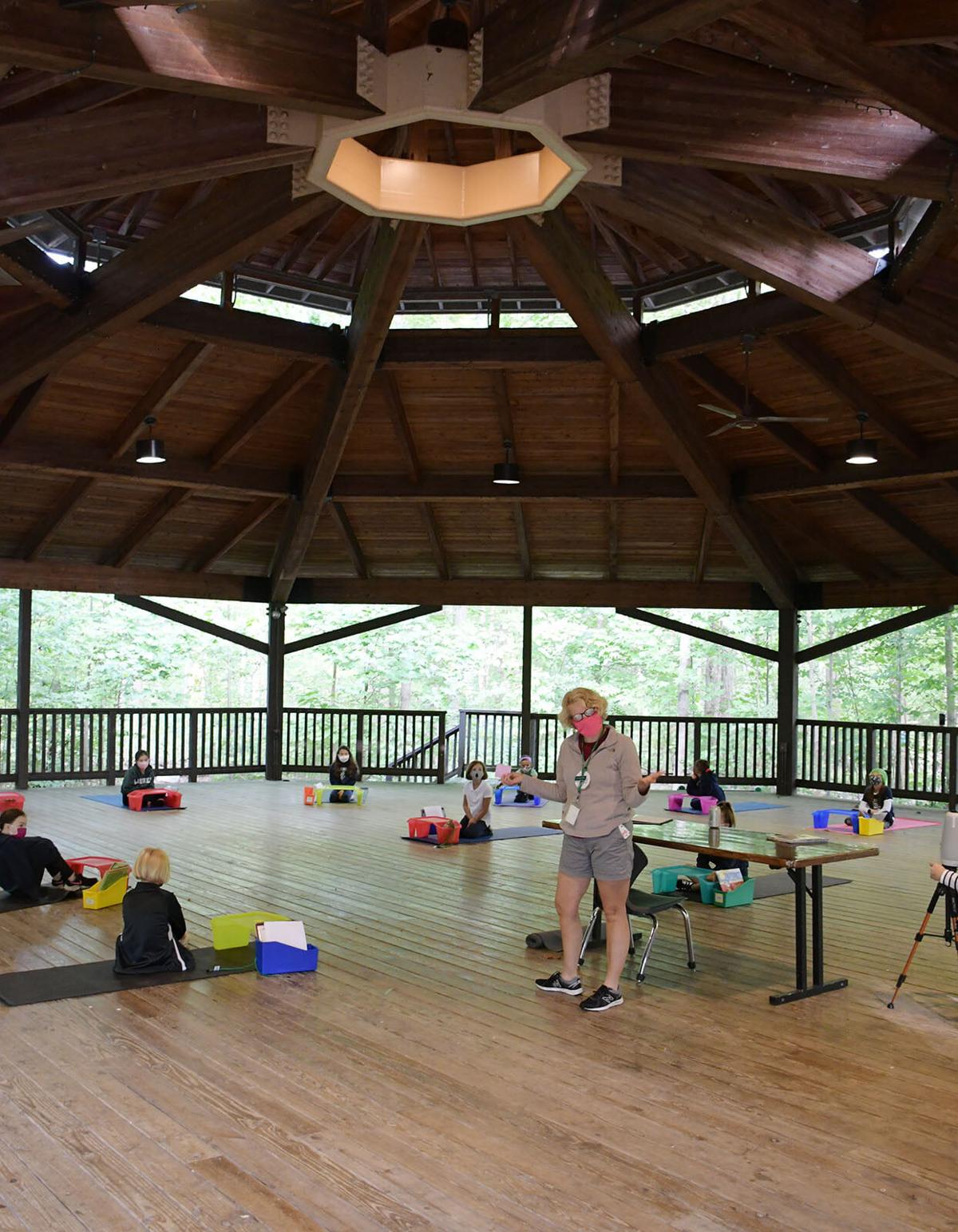 Laurel School constructed three new yurts in September on their Butler Campus in Russell Township to expand their classrooms to the outdoors, allowing more in-person students to spread out during the COVID-19 pandemic. Outdoor instruction, however, is not new to the all-girls private school. Primary students spread out to receive a lesson under Butler’s Conway Pavilion earlier this year. 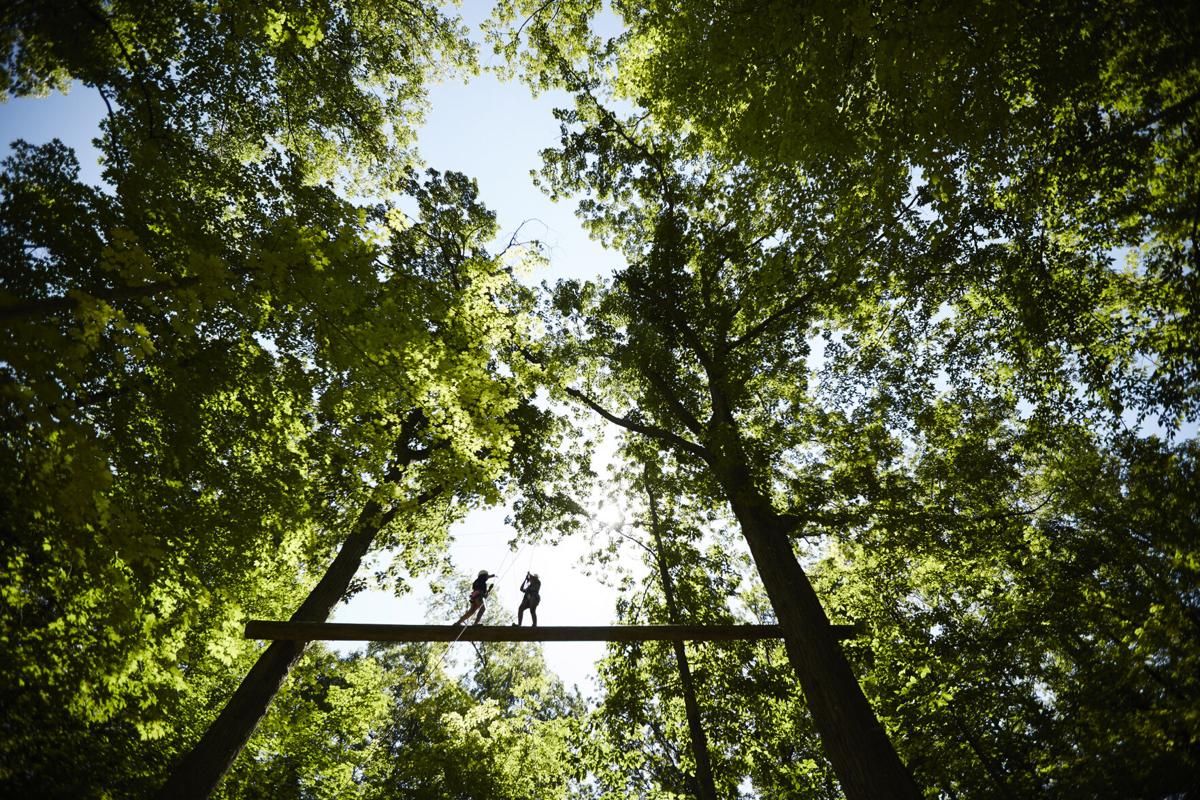 Before Laurel began expanding use of the Butler Campus for regular instruction outdoors, the school used the facilities for outdoor immersion experiences, which still continue, like their Power and Purpose program for fourth-graders, above, or Butler’s Project Adventure Course, which includes high- and low-rope elements, below. 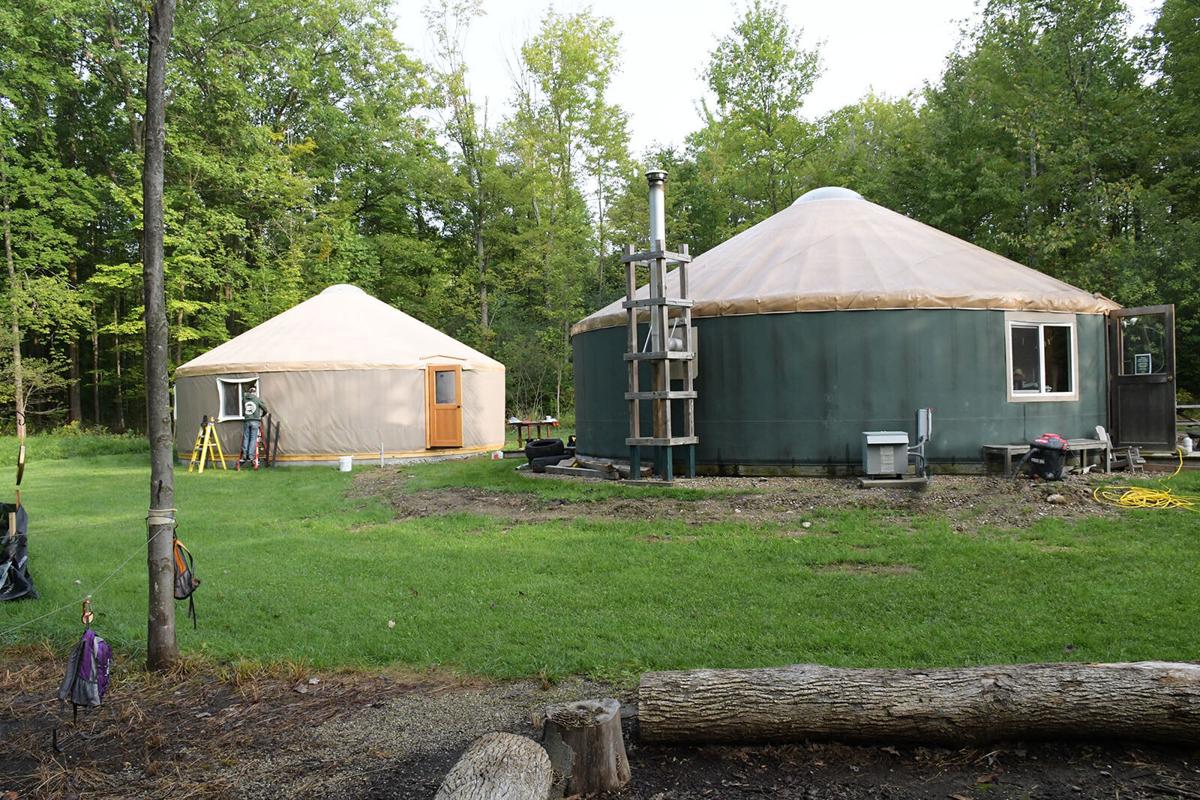 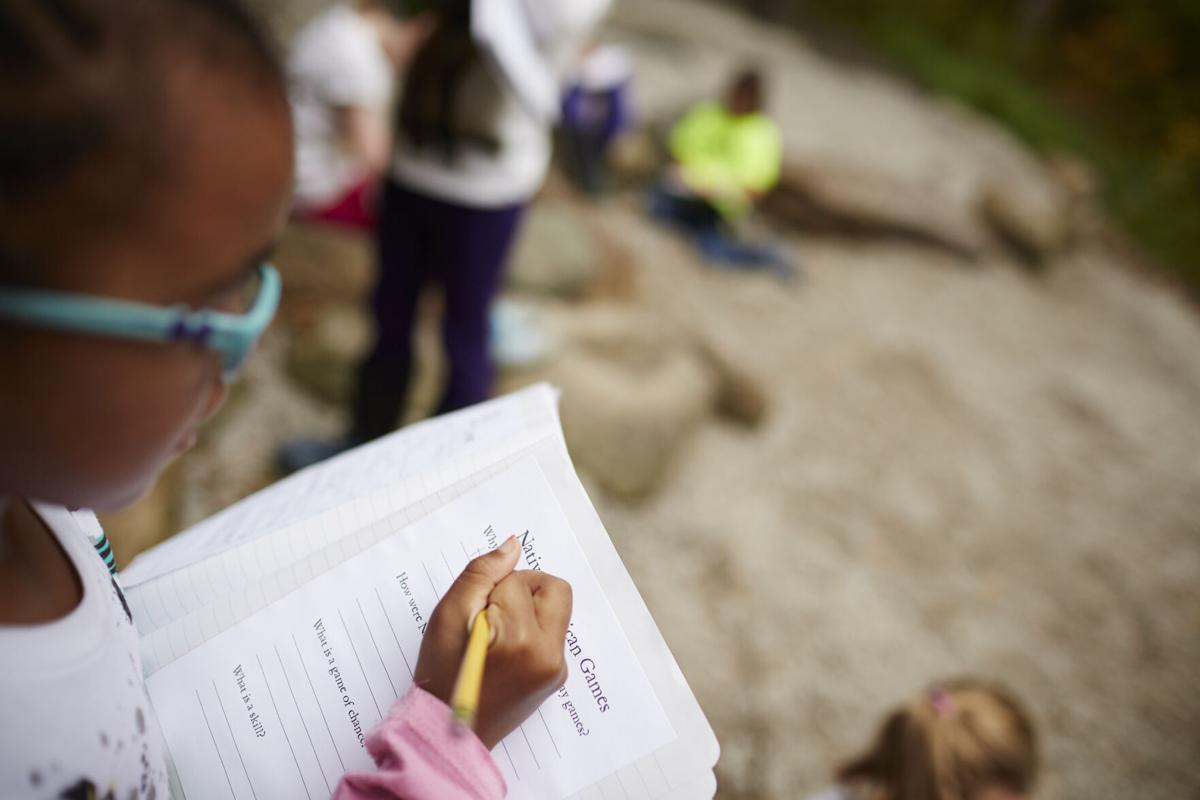 Laurel School constructed three new yurts in September on their Butler Campus in Russell Township to expand their classrooms to the outdoors, allowing more in-person students to spread out during the COVID-19 pandemic. Outdoor instruction, however, is not new to the all-girls private school. Primary students spread out to receive a lesson under Butler’s Conway Pavilion earlier this year.

Before Laurel began expanding use of the Butler Campus for regular instruction outdoors, the school used the facilities for outdoor immersion experiences, which still continue, like their Power and Purpose program for fourth-graders, above, or Butler’s Project Adventure Course, which includes high- and low-rope elements, below.

Outdoor education is not a new initiative for Laurel School, which has a history of implementing nature into its curriculum with special field trips to its Butler Campus in Geauga County and partnering with the Cleveland Botanical Gardens or Holden Arboretum.

The Shaker Heights private girls school, however, has constructed three new yurts on the Butler outdoor campus in Russell Township, formerly known as “the land,” to take classrooms for grades three through five to the outdoors regardless of the weather. One motivation was to provide more students with in-person instruction during the coronavirus pandemic.

Two yurts were already in place on the 150-acre outdoor campus, which were used for outdoor pre-primary programs, said Heather Havre, director of Laurel at Butler. Once the school knew what grade levels were to move to the Butler Campus, they erected the three additional yurts behind the Alice Lehmann Butler ‘49 Center.

Yurts are round, portable, lattice structures that pull apart into tents over concrete surfaces with weatherproof walls.

“They have these plexiglass domes on the top that can be raised and lowered for ventilation, but it also lets in all this amazing, beautiful, natural sunlight in addition to four windows that are in the building itself,” Ms. Havre said. The yurts allow enough space for up to 14 people with social distancing in place and have heaters to keep comfortable in colder climates. With their proximity to the Butler Center, she said, students also have easy access to its facilities.

She explained that primary students already had outdoor “immersion experiences” implemented into their curriculum throughout the year, making the transition to a full-time classroom plausible.

“We had kindergarten through eighth grade heading out there for a week or more at a time for these immersion experiences,” she explained. “Then the pandemic hit and we had to think about how we were going to spread out and have room for all of the students that we wanted on campus.”

Ms. Havre said third- through fifth-graders were the right fit for utilizing the yurts because they’re ages allow them to be more independent and capable for the outdoor classrooms for an extended period. She said students in sixth through eighth grade are both preparing for high school and already had a set curriculum in place that was not as flexible with the move to the Butler Campus.

“Both third and fourth grades had done immersion experiences that were a month or longer at the Butler Campus, so those teachers were already familiar,” she added. “They had already developed a curriculum that worked at Butler.”

In addition to the benefit of spreading students out to allow for more in-person instruction, outdoor learning gives students a better understanding of how the world

“The framework that our teachers are using is called place-based learning,” Ms. Havre said. “[It’s] a framework for learning that promotes understanding of the world around us with a focus on student engagement and community. Students have roles in the structure of the day that’s very important in terms of them developing leadership skills and a sense of purpose with how they’re learning.

“It also corresponds perfectly to a recent initiative that we rolled out with Laurel Center for Research on Girls about the ownership of learning,” she added. “It really coincides with girls understanding themselves as learners, taking responsibility for their own learning and developing the necessary relationships with teachers and peers to ensure that the class runs smoothly and everybody has what they need to learn effectively. So, having the yurts and having the opportunity to be outdoors just really enhanced all of those opportunities.”

Because Laurel was already headed in the direction of a stronger implementation, without the pandemic, Ms. Havre said they probably still would have ended up here, but maybe not as soon. Overall, the program has been successful, she said, with plans to continue the use of the outdoor campus

“Schools are always nimble and thinking about the future, but also remaining flexible and so forth,” she said. “Nobody is falling behind, and students are demonstrating academic improvement and growth from just where we would expect them to. So far from every data point that we can see it’s not only been a good stop gap measure for this year, but it’s been worthwhile on every metric that we could put out there in terms of assessing the value of having students out to the Butler Campus.”