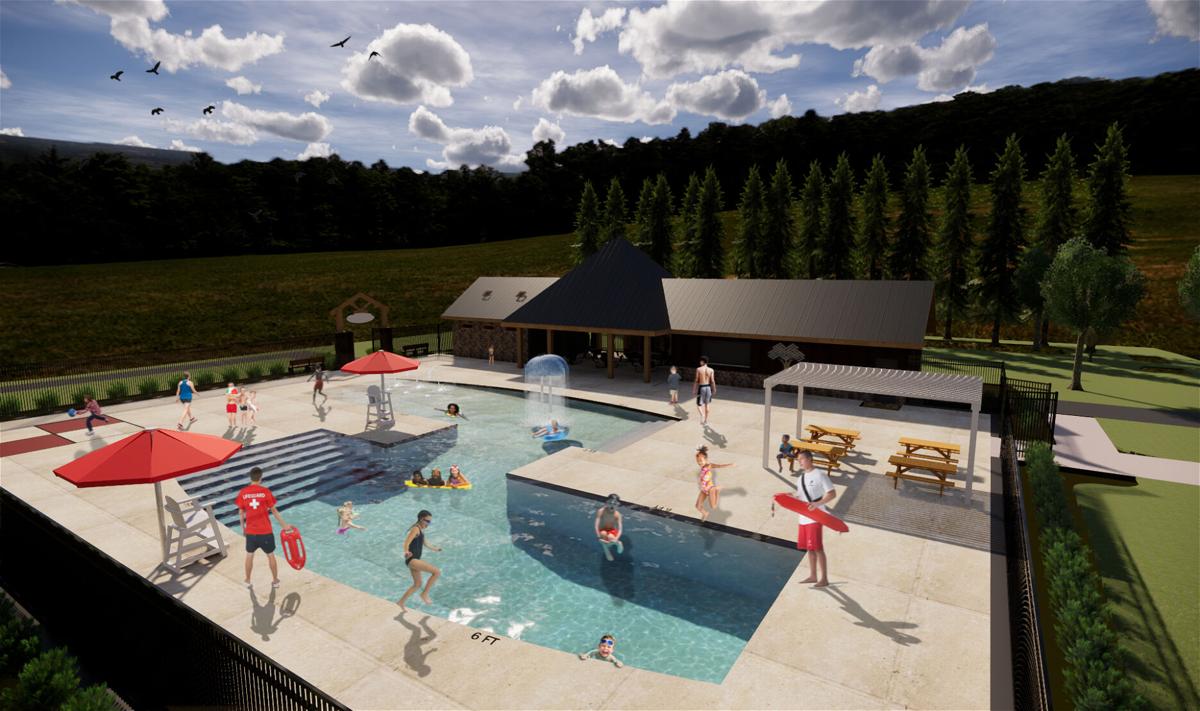 Hiram House Camp in Moreland Hills is embarking on a capital campaign to raise funds for a new pool. The new pool would have a “zero depth entry” so campers can walk into the pool or easily enter with a wheelchair. There will also be a new pavilion, as shown below. 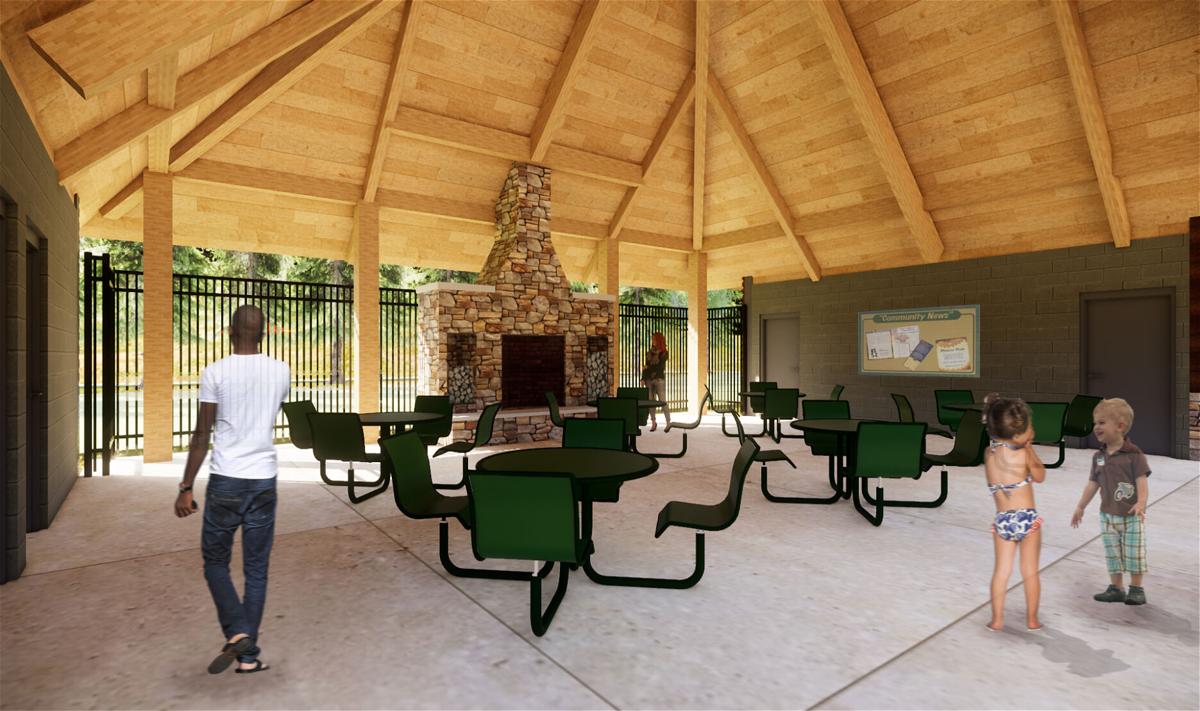 Hiram House Camp in Moreland Hills is embarking on a capital campaign to raise funds for a new pool. The new pool would have a “zero depth entry” so campers can walk into the pool or easily enter with a wheelchair. There will also be a new pavilion, as shown below.

Hiram House Camp in Moreland Hills is embarking on a capital campaign to raise funds for a new aquatic center at the camp, which is celebrating its 125th year this summer.

Executive Director of Hiram House Camp Courtney Guzy said that the current pool was built in 1958. There have been many maintenance issues over the last six years. For example, pipes break in the winter and there have been flooding issues in the bathhouse when there are heavy rains. The current pool is not ADA compliant so it is difficult for children with disabilities to enter the pool.

Ms. Guzy said that the estimated cost of a new pool and pavilion is $1.7 million to $2 million. The camp is seeking to raise about $1 million.

“We are looking for support from the community,” she said on Monday. “We’ve been a staple in the community. We want to keep enhancing the lives of kids and producing good, safe programs for kids. Supporting a new pool will go a long way for us.”

Ms. Guzy came before the village’s Planning Commission on July 12 for a discussion about the camp’s preliminary plans. The camp is working with the Cleveland architectural firm Weber Murphy Fox, but no official plans have been submitted to the village.

The new aquatic center would include a pool and a pavilion that looks similar to the log cabins at Hiram House Camp and the pavilion that is underway at Forest Ridge Preserve on Chagrin River Road. The pool will have a “zero depth entry” so children can walk into the pool or roll into the pool in a wheelchair instead of using steps or a ladder.

The new pool will also be smaller than the current one because the number of children swimming has decreased over the years.

“We don’t have that same capacity. The new pool will be smaller and more appropriate for our needs. Not everyone knows how to swim,” Ms. Guzy said. “This will have a depth of 6 feet. Usually you don’t see kids in the diving wells and swimming in the deep end. Little kids like to stay in the shallow end and paddle around.”

She said that the new aquatic center will also have other water features without getting in the pool, such as tall structures that look like mushrooms and release water to give the children a refreshing spritz in the summer heat. Ms. Guzy said that there is not a definite timeline yet to build the pool but she is expecting construction in 2023.

“We’re excited because Hiram House hasn’t done a capital project in several years,” she said. “When we went to the [village] last week, I said we’re celebrating our 125th year. Whatever we do here will keep us around for another 125 years.”

Councilman Paul Stanard, chairman of the planning commission, said that Hiram House’s proposal is “reasonable” and the discussion was “favorable.” He said the commission members agreed that a summer camp needs a swimming pool and the current one is beyond repair.

The current pool is set back in the woods, but the new one would be closer to Hiram Trail where there is currently an athletic field. The field would be split in half. Half would remain and the other half would be used as a space for the pool. It is also near the camp’s emergency exit, which would improve access for vehicles such as fire trucks and ambulances.

“In projects like this, the neighbors’ concerns are always noise, light pollution, disturbance and traffic,” Mr. Stanard said. “If you can mitigate those issues, and Hiram House understands that and is on their way to obviating and mitigating that, it will put them in good stead with the neighbors.”

Ms. Guzy said that some neighbors were concerned that the camp administrators planned to cut down trees along Hiram Trail. She said that is not true and the camp wants to screen the children from passersby and screen the neighbors from the camp’s activities. The pavilion will be between the pool and Hiram Trail to minimize noise, but Ms. Guzy said that she does not expect an elevated noise level since the field is already used for soccer and volleyball.

“We will have a security fence around it within the restrictions of the [village]. It will be decorative and nice looking,” she said. “There will be some lighting for a night swim but it’s not going to be intrusive to anyone who lives across the street.”

Anyone interested in donating to Hiram House Camp’s capital campaign for a new aquatic center may contact Ms. Guzy directly at cguzy@hiramhousecamp.com or 216-831-5045. She said there are opportunities to name the new facilities after donors, including the pool, pavilion and garden.