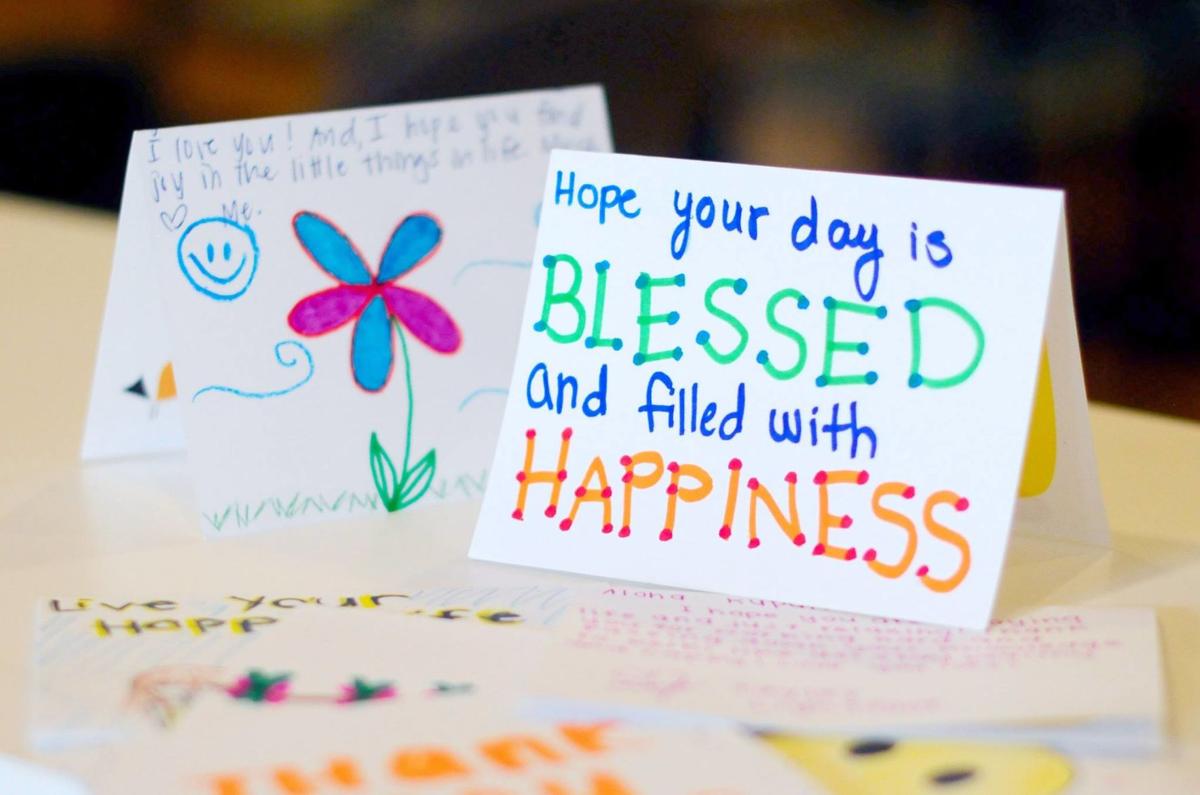 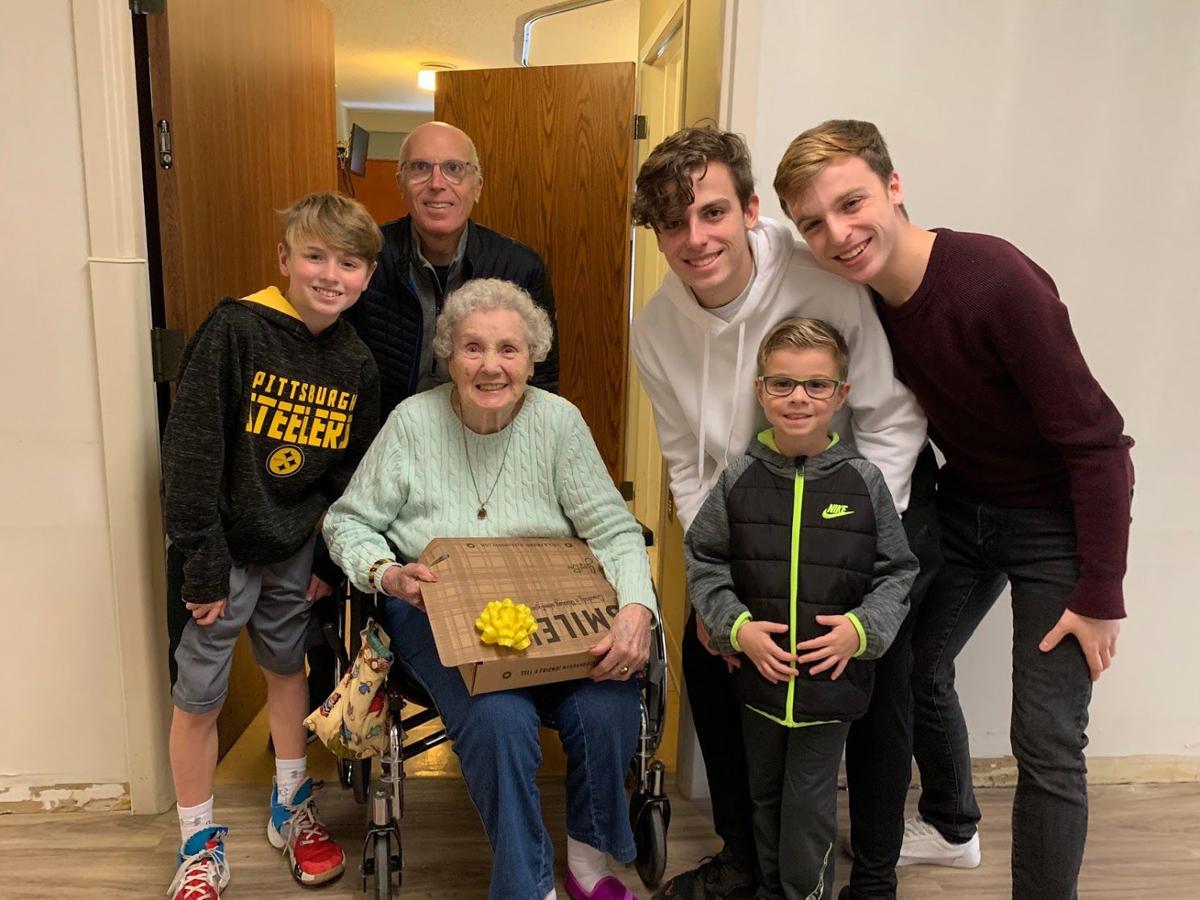 Founder and Executive Director of Love for the Elderly Jacob Cramer, right, visited Heartland of Mentor in November of 2019 with his family to distribute goodies to the residents to spread joy. Mr. Cramer brought his nephew, Nathan Tompkins, from left, his father, Barry, his brother, Josh, and his other nephew, Logan Tompkins.

Founder and Executive Director of Love for the Elderly Jacob Cramer, right, visited Heartland of Mentor in November of 2019 with his family to distribute goodies to the residents to spread joy. Mr. Cramer brought his nephew, Nathan Tompkins, from left, his father, Barry, his brother, Josh, and his other nephew, Logan Tompkins.

Letter to an Elder Day is right around the corner on Feb. 26, and Jacob Cramer is all geared up to spread love. Jacob, a 19-year-old Yale University student and Pepper Pike resident, is studying cognitive science but found his true passion in making everyone feel loved.

In 2013, Jacob founded Love for the Elderly, a 501(c)(3) nonprofit organization meant to bring joy into the lives of elderly people. When his grandfather died, Mr. Cramer said that he lost a beloved family member, friend and role model. He realized that his grandfather could not attend his future wedding and could never hug him again. Mr. Cramer recalled his grandfather giving him advice like “not shaking hands like a dead fish.”

In honor of his grandfather, he volunteered at Montefiore, a local nursing home, every Saturday afternoon.

At age 13, Mr. Cramer mailed letters of love to seniors across the country and Love for the Elderly was born. He said that he did not tell his parents for the first year of the operation in fear that they would shut it down. Through three main projects, Love for the Elderly helps people give and receive love.

Volunteers often write letters of love to Love for the Elderly, then they are distributed around the world to seniors in nursing homes, assisted living facilities, hospices and senior centers. This is the first year that Love for the Elderly is celebrating Letter to an Elder Day on Feb. 26, and Mr. Cramer is expecting 2,000 letters to be written for this special occasion.

“People say the months right after the holiday season can be especially isolating with less visitors and the gloomy weather,” Mr. Cramer said. “I picked this day to celebrate elders through letter writing, and it can make a world of impact.”

Mr. Cramer said that he also chose Feb. 26 as the letter writing day because it is his grandmother’s birthday, and she will be 98 years old. When volunteers write letters, there are a few general guidelines, such as keeping it anonymous and excluding the date and any religious references.

“Seeing the recipients smile and sometimes hug you after handing them a card, it’s the most beautiful thing,” Mr. Cramer said. “Handwritten cards are especially beautiful and the paper is colorful and magical. Words can be touching.”

In 2016, Love for the Elderly expanded to include sunshine bags, which are full of small, fun items to bring a smile to an elder’s face. The items include smiley face stress balls, yellow bandanas, leis, emoji pens, yellow sunglasses and yellow notepads. Sunshine bags are delivered by volunteers known as kindness ambassadors, who serve as advisors to the organization.

Love for the Elderly also launched a Senior Storybook initiative in November. On the website, anyone can submit a story highlighting an important elder in their life. Volunteers’ projects and guest writers will be featured on the website.

The organization has grown since 2013 and Mr. Cramer works with Operations Manager Adi Breitman, Director of Senior Storybook Emma Suttell and many kindness ambassadors. Since its founding, Love for the Elderly has collected more than 95,000 letters and its social media presence has grown, including being featured on TEDx talks.

“This has opened my eyes to what leadership means,” he said.

Mr. Cramer said that his favorite part of the organization is that volunteers can be as involved as they want. Some volunteers write one letter, while others have written one letter for every day of the year. It is important for Love for the Elderly to be open to volunteers of all ages, he said, because he was rejected for two volunteer positions as a 13-year-old youth.

Also, Mr. Cramer strives for diversity when distributing the letters. Some senior facilities reach out to him, but he also connects with facilities so that no elders are excluded. Love for the Elderly has partnered with St. Augustine Health Ministries in Cleveland, Heartland of Mentor, McGregor in Cleveland and the VA Northeast Ohio Healthcare System.

To participate in Letter to an Elder Day on Feb. 26, visit www.lovefortheelderly.org/letters for more information.