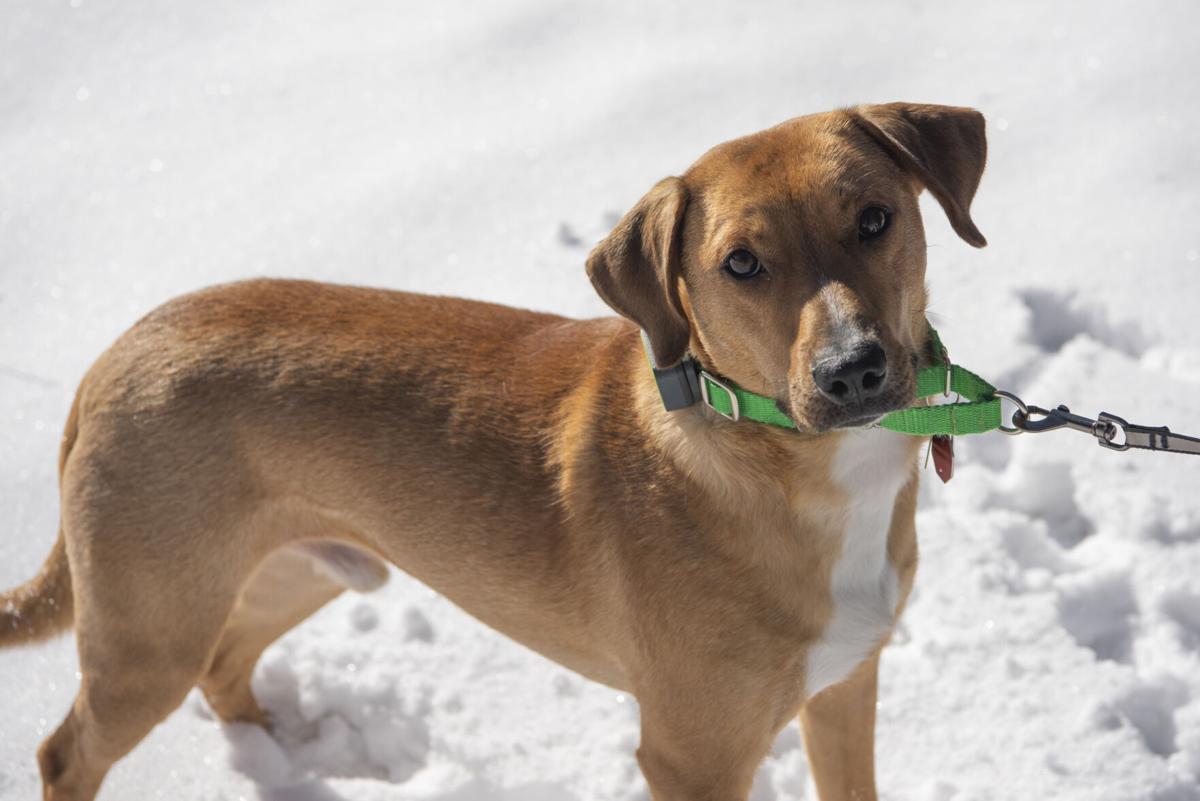 Otto, a 1-year-old hound mix, has proven himself to be a feisty yet loveable pet. A family called Rescue Village because he got caught in an animal trap, but Otto escaped from the shelter after having two toes amputated. He found a forever home with his new owner, Pam Regula, in Aurora. 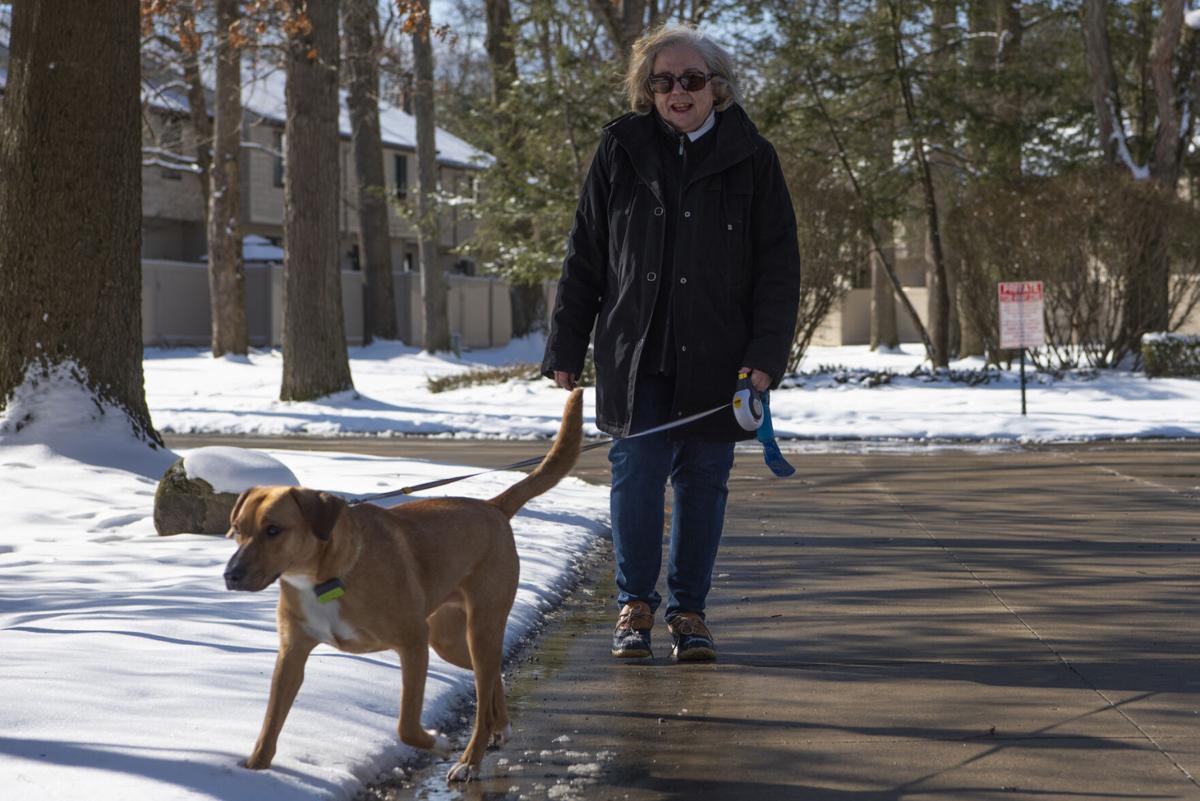 Pam Regula, 72, of Aurora fell in love with Otto when she saw his face on the Rescue Village website last fall. She said that they had an immediate bond when they met and Otto is learning to get along with Ms. Regula’s neighbors. He did escape once for about 10 hours but came right back to her doorstep.

Otto, a 1-year-old hound mix, has proven himself to be a feisty yet loveable pet. A family called Rescue Village because he got caught in an animal trap, but Otto escaped from the shelter after having two toes amputated. He found a forever home with his new owner, Pam Regula, in Aurora.

Pam Regula, 72, of Aurora fell in love with Otto when she saw his face on the Rescue Village website last fall. She said that they had an immediate bond when they met and Otto is learning to get along with Ms. Regula’s neighbors. He did escape once for about 10 hours but came right back to her doorstep.

RUSSELL — Otto, a 1-year-old hound dog, is known for his feisty personality. As a puppy living on his own last fall in Middlefield, he found himself in a bit of a pickle when his paw got stuck in an animal trap. As they do for many animals, Rescue Village came in his time of need.

Otto meandered outside the home of an Amish family. He did not live in the house but was not a feral animal. When he got stuck in the trap, the Amish family reached out to Rescue Village’s humane agent for assistance. They wanted to catch Otto, but he would not let people near him. Shelter Manager Erin Hawes said that they set up a dog trap and after a couple days, Otto was so hungry that he came to get the food. The family surrendered the dog to Rescue Village.

Ms. Hawes said that two of Otto’s toes caught in the trap had to be amputated. There was no other damage to his leg, and he recovered well. Otto was shy, she said, and had probably never lived in a building besides a barn. He warmed up to a few staff members but was not an energetic or outgoing dog. Little did the staff know that Otto would show his personality when he escaped from Rescue Village.

“I’ve been here for 15 years and I’ve never seen anything like that,” Ms. Hawes said. “He knew how to get out.”

She received a call around 7 p.m. one evening from a trainer at Rescue Village. The trainer said that there was a brown dog outside wearing a green cone around his neck and he was running around the parking lot. Ms. Hawes and Director of Development Rebecca McNish immediately knew it was Otto. Security footage revealed Otto’s escape route. He was in a small room where families could visit pets before adoption. Otto jumped on the door handle and opened the door. From there, he knew the route outside because of his daily walks.

Ms. Hawes and Ms. McNish could not find him that evening, so they put up a post on Facebook. Potential sightings came back from the post, including one around Music Street and Route 44 and another in Hudson. After several days, the Gates Mills police advised that they found Otto near a horse barn. When he was found, Otto’s personality had changed.

“He was like a different dog,” Ms. Hawes said. “He was at the front of the cage and wagging his tail. He was Mr. Outgoing, just totally different. We went to the different leads and we were setting traps. It was a crazy few days.”

Soon after that, Pam Regula, 72, of Aurora saw Otto’s listing on the Rescue Village website and fell in love with his face. She went to visit him at the shelter, where they connected. Ms. Regula was advised not to talk to him because he was shy. When a staff member took him off the leash, however, Otto went right up to Ms. Regula. She took him home for a trial run to see if he would get along with her and her two children. She was willing to take home the escape artist.

“He was sweet. His tail was wagging away like it would never stop,” she said. “He was so glad to see somebody else.”

Ms. Regula adopted Otto soon after Thanksgiving. Staff members at Rescue Village told her that Otto may be skittish around other people and she lives in a condominium association. Ms. Regula determined that she would first teach Otto about socializing with other people. The neighbors are very cooperative, she said, and do not approach him quickly. She gives the neighbors treats to give Otto so he can learn that meeting new people is a positive experience. Ms. Regula said that she read up on how to handle skittish dogs.

Otto has improved significantly and gets along well with the neighbors that he knows. He did, however, escape once about a week after he was adopted. Ms. Regula said that he was gone for about 10 hours and he came back to her doorstep on his own.

“He doesn’t want to leave, he’s just bouncy,” she said.

Otto is happy and healthy in his forever home.