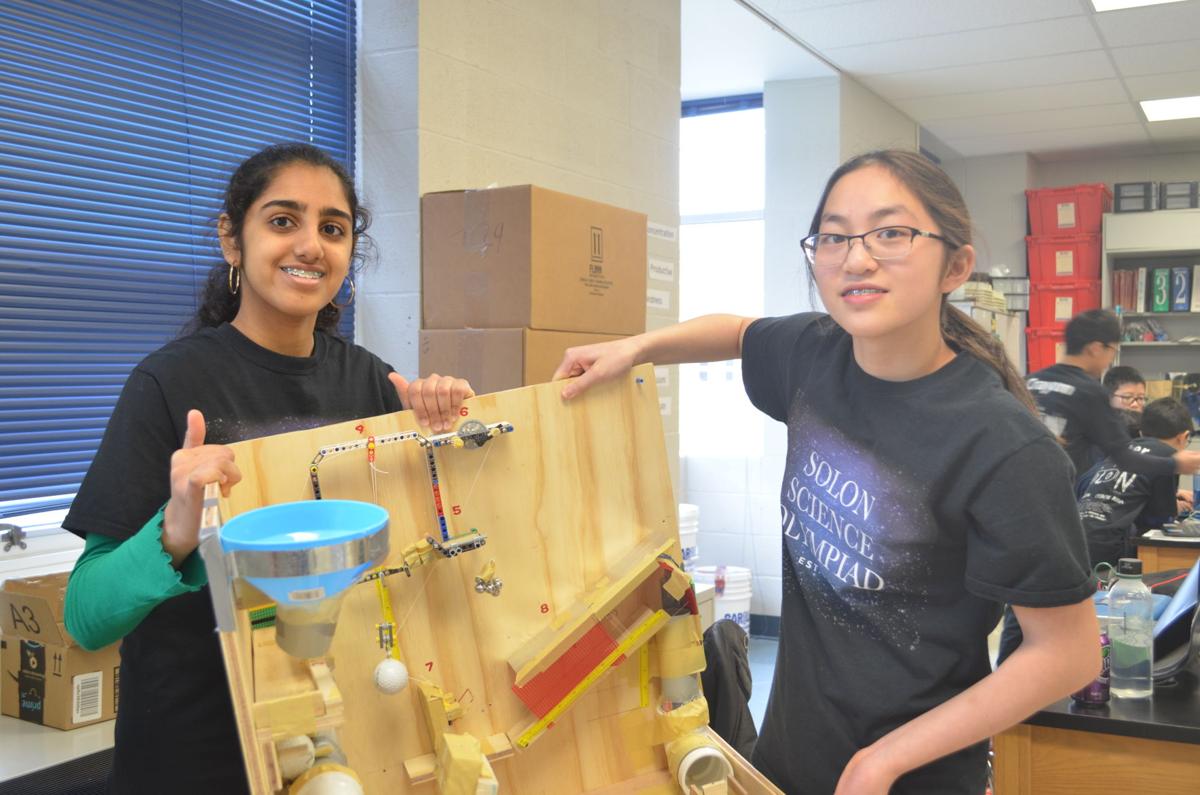 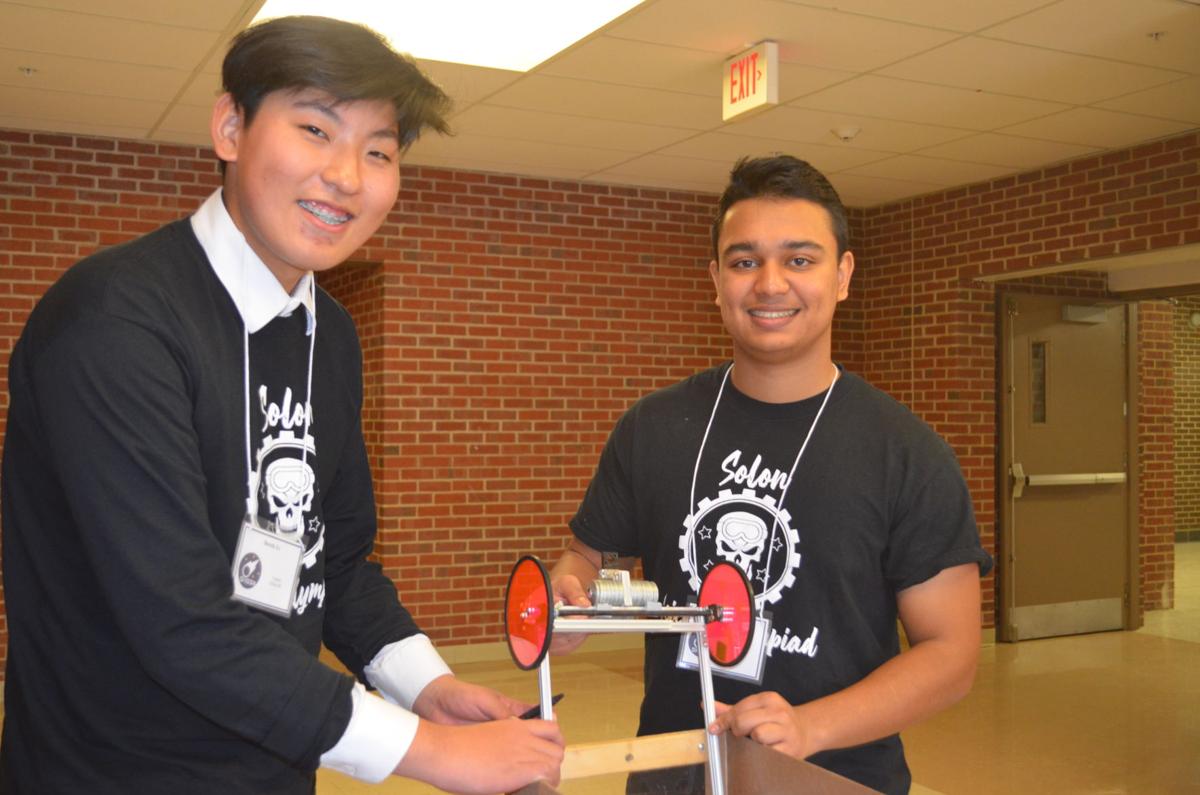 Solon High School co-captains Derek Li, left, and Kush Addepalli, both seniors, demonstrate how a student-constructed vehicle is placed at the top of a ramp for the Gravity Vehicles event.

Solon High School co-captains Derek Li, left, and Kush Addepalli, both seniors, demonstrate how a student-constructed vehicle is placed at the top of a ramp for the Gravity Vehicles event.

For Solon High School seniors Kush Addepalli and Derek Li, Science Olympiad has been a major extracurricular pursuit since fifth grade. Kush currently participates in several testing events in the biological sciences.Derek focuses on physics events, which have included the design and construction of a musical instrument.

The two co-captains of the high school’s Science Olympiad team started on the heels of Solon High School and Solon Middle School’s three straight first-place victories at the national tournaments in 2011-13.

The Troy victory has heightened the competition this year for the high school, head coach Cherese Fiorina said at the Solon Invitational Science Olympiad, Feb. 1. “We like our record, and we don’t want them to break it.”

“Our main objective is to win the national tournament,” Derek said in the Solon team room at the tournament. “But we have to win the regional and state tournaments first. At the same time, we have a lot of new members this year, and we want to give everyone an opportunity to compete and enjoy this activity.”

While the teams look at their yearlong goals, competitions take place every week from the end of winter break to the first week of March, Kush said. “We take everything one week at a time. We learn from our mistakes each time.”

Assistant middle school coach Deepa Nair said frequent competition helps the students. “We do invitationals so the kids have opportunities to participate and widen their knowledge in science.”

At regionals, scheduled Feb. 29 at John Carroll University, Solon’s teams will vie with others to qualify for the state tournament.

As the hosts, Solon High School’s students in Science Olympiad participated in the Invitational but did not receive official scores or trophies. Taking first, second and third place respectively were Mason High School near Cincinnati, and Adlai E. Stevenson and New Trier high schools, near Chicago.

The Solon team this year had fewer participants because several students were involved in Speech and Debate state qualifiers, Ms. Nair said. With 29 students and no alternates, the middle school was short of having its usual two teams.

Among the first-place winners, Ms. Nair’s daughter Janaki, a ninth-grader who serves as Division B captain with Viresh Mittal, took several first- and second-place medals. “I’ve been coming to Science Olympiad since I was born,” quipped Janaki, who followed in the footsteps of her older brothers. “I can’t imagine my life without it. I love the program and I love science.” Janaki’s brothers Aditya and Achuth were captain of Solon’s respective Division C and B teams when they won the national championship in 2013.

Ms. Fiorina was aided by her sons Nick Maurer, (class ’14) a second-year medical student who serves as assistant coach; and Scott Maurer (class ’19), a student at Case Western Reserve University, who helped with events at the invitational.

All of the coaches thanked the board of education, school administration, teachers and staff for their support.