Carl Ware of Warrensville Heights, above, shows his 1982 Zimmer Golden Spirit at the Solon Veterans of Foreign Wars Post 1863 recently. Ken Kvacek of Bentleyville, below, is proud of his smokin’ hot 1966 Ford Mustang. The car show on Sept. 1 was the first of weekly car shows every Tuesday in September from 5-8 p.m. at the post. 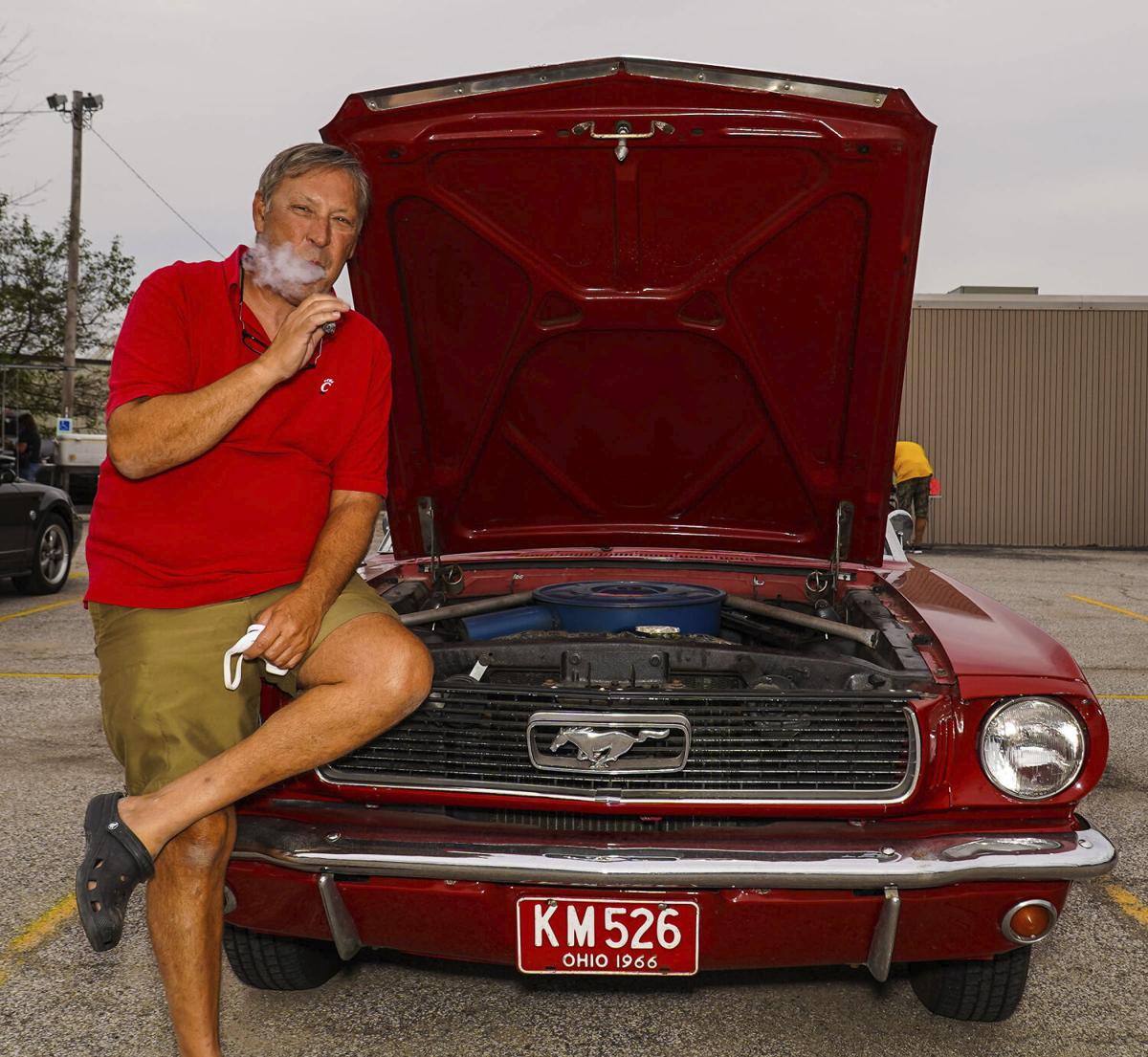 Carl Ware of Warrensville Heights, above, shows his 1982 Zimmer Golden Spirit at the Solon Veterans of Foreign Wars Post 1863 recently. Ken Kvacek of Bentleyville, below, is proud of his smokin’ hot 1966 Ford Mustang. The car show on Sept. 1 was the first of weekly car shows every Tuesday in September from 5-8 p.m. at the post.

Classic cars ranging from hot rods and street rods to everything in between will fill the parking lot at the Solon Veteran of Foreign Wars Post 1863 throughout the month to generate funds for the post.

Last week, at the first gathering, about 50 spectators took part and roughly 40 cars were on display. The show will take place each Tuesday in September from 5 to 8 p.m. at the post on Melbury Avenue.

“They had a nice variety of vehicles,” Post Commander Jack Calvey said. Spectators also enjoyed food trucks and the ability to visit the post’s canteen.

Due to the ongoing coronavirus pandemic, the post has lost income typically generated by rental of its banquet rooms, which is integral to its operations, Mr. Calvey said.

“We had to shut down from March to Memorial Day,” he said referring to the post operation. “But banquets are still not happening.”

The post will lose as much as $20,000 this year due to the lack of hall rentals, he added.

New post member Councilman Robert Shimits said he knew of the post’s struggles, so pitched the idea of a classic car show. Mr. Shimits donated his services as DJ last week, playing his music from the back of a 1941 firetruck. Other vehicles Mr. Shimits plans to display this month include a 1952 Dodge Power Wagon and an M-37 military truck.

He noted that the annual car cruises on Enterprise Parkway have been canceled due to the pandemic, so this is an opportunity to showcase them even in a small way.

Mr. Calvey said the weekly car show will also make people aware of the posts and all it does for the community. It has about 300 members and 100 auxiliary members.

A 50/50 raffle will take place each week to generate funds.

“They are dealing with a dismal financial situation,” Mr. Shimits said. His wife Mary, whose father was in the service, joined as an auxiliary member.

“It’s about getting people out for the evening and having a good time,” he said.

The first show included everything from 1930s hot rods to classic Cadillacs, street rods and collector cars. A cap of 50 cars ensures people are adhering to social distancing and other health guidelines. There is no entrance fee for spectators but their participation in the raffle is encouraged. Last week, a handful of various prizes donated by Solon businesses were given out.

“We opened up the canteen and everyone was being very responsible,” Mr. Calvey said. “It was such a nice event.”