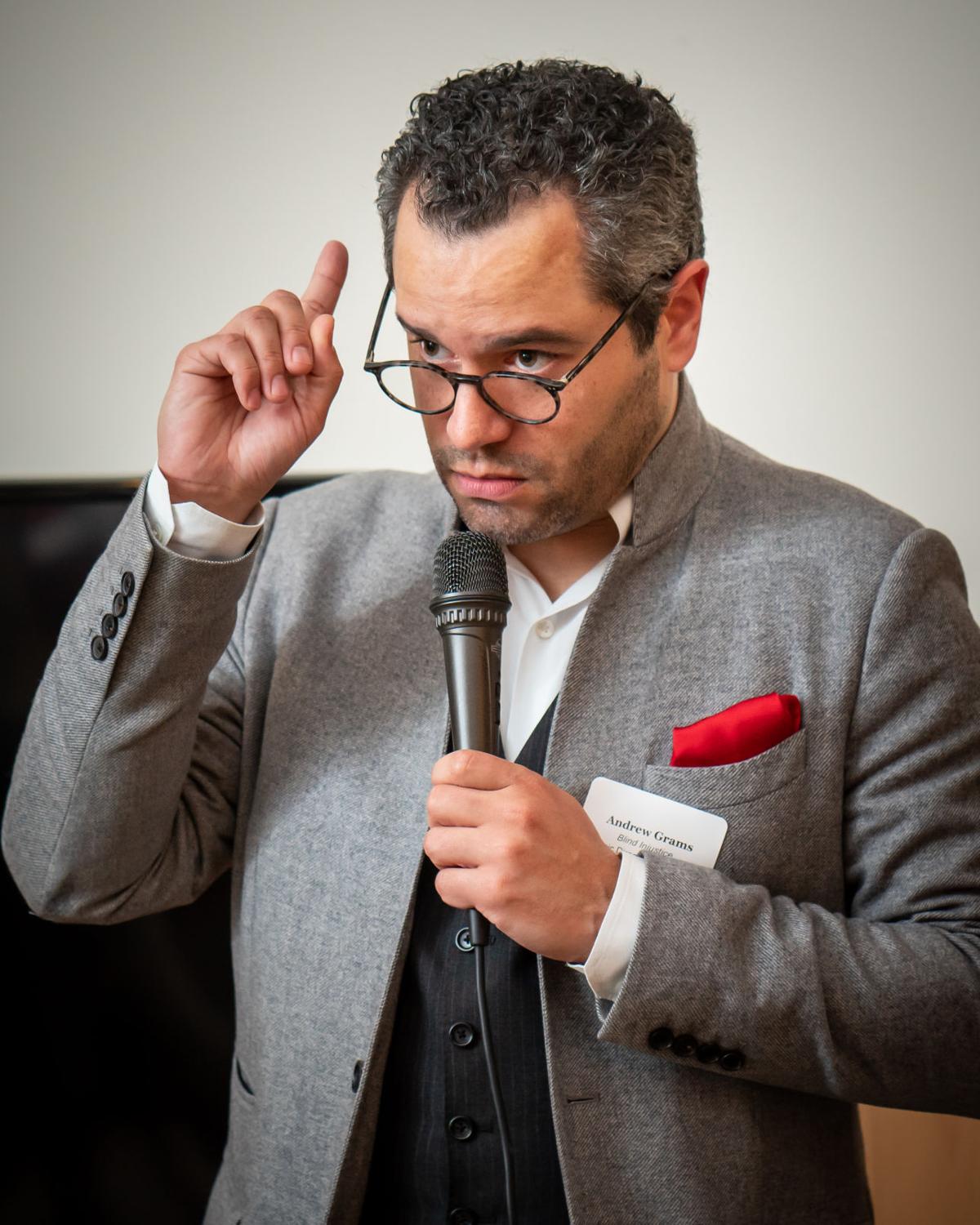 Elgin Symphony Orchestra director and Solon resident Andrew Grams will conduct the northeast Ohio premier of “Blind Injustice” in Chagrin Falls and at Kent State University in March of 2021. 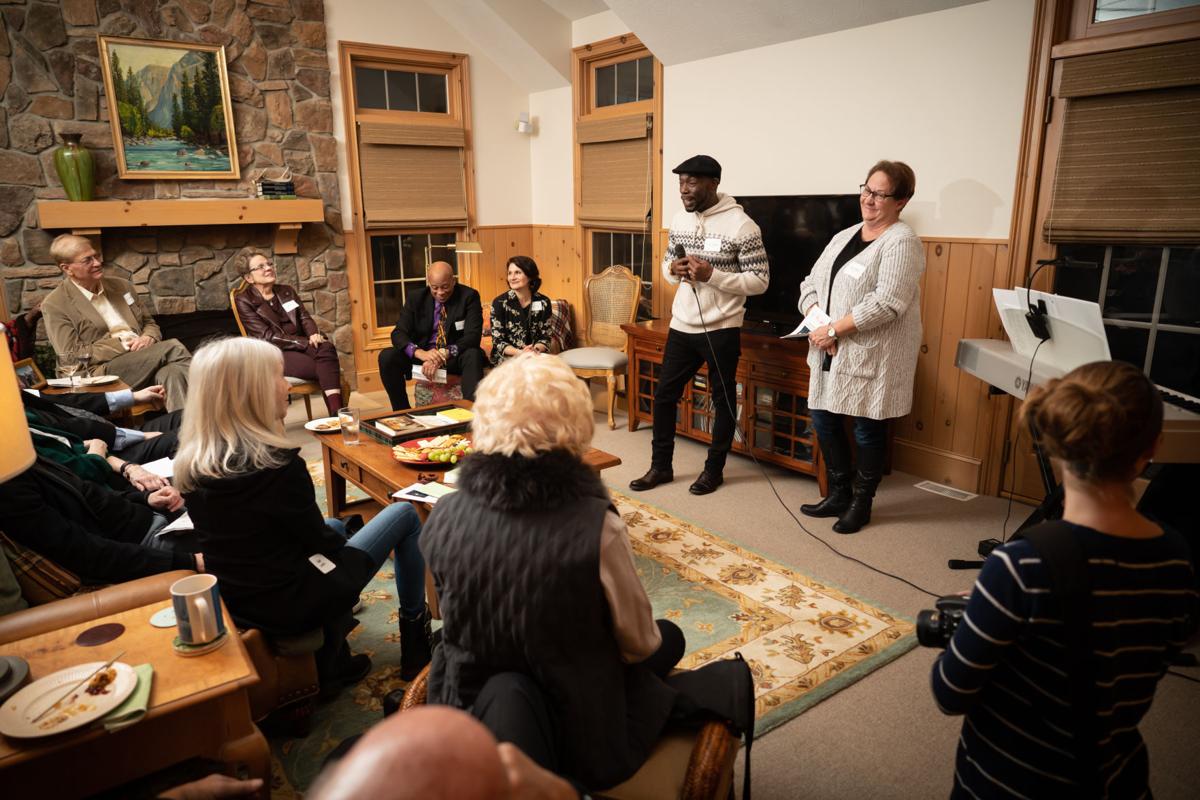 Elgin Symphony Orchestra director and Solon resident Andrew Grams will conduct the northeast Ohio premier of “Blind Injustice” in Chagrin Falls and at Kent State University in March of 2021.

Solon resident Andrew Grams, a graduate of the Juilliard School, has conducted orchestras all over the world. Now, he is preparing to conduct a work that will premiere in his own community.

Mr. Grams, 42, former assistant conductor of the Cleveland Orchestra who currently is the music director of the Elgin Symphony Orchestra, will conduct the Northeast Ohio premiere of “Blind Injustice” a project that is a partnership of Chagrin Arts, the Ohio Innocence Project and the Kent State University Hugh A. Glauser School of Music.

He was in attendance at an official launch of the project Monday at the home of Joanne and Michael Behnke of Solon.

Mr. Grams, who has conducted orchestras worldwide including Hong Kong and Tokyo, said he is drawn to projects that have a strong relevance to both the day in which we live but also the community as a whole.

“Blind Injustice” is an opera based on the stories of six people who were wrongfully convicted of crimes in Ohio, and who eventually had their convictions overturned through the work of the Ohio Innocence Project.

Because of this subject matter, Mr. Grams said the production must be powerful and at the highest possible artistic level.

As conductor, his role is one in which he will get the musical element of the production to be as communicative and as effective as possible for the audience.

In the early stages of getting all the necessary constituents together, including vocals and venues, “Blind Injustice” will open with two performances in March of 2021, with two shows in Chagrin Falls and at Kent State University. Mr. Grams currently is in meetings to develop the plans moving forward. Rehearsals have not yet begun, and he noted that projects such as this take time.

“That is normal in this business,” he said of projects taking a year to stage. “The plans are like a garden and the seeds get sown very early on. The final bounty, the horn of plenty, is something you collect from the earth and it happens much later.”

Mr. Grams, a Solon resident for the past decade, said he is excited to work on a project close to home, noting that his career takes him on the road much of the time.

Karen Prasser, executive director of Chagrin Arts, said she is thrilled to have someone of Mr. Grams’ caliber taking part in this project.

“You never know who you will discover in your own backyard,” Ms. Prasser said. She was introduced to Mr. Grams by Barry Stees, the associate principal bassoonist with the Cleveland Orchestra.

A violinist since the age of 8 who went on to lead performances of “The Nutcracker” for the New York City Ballet, Mr. Grams came to conducting as a young adult. After receiving a Bachelor of Music in Violin Performance from the Juilliard School, he earned a conducting degree from the Curtis Institute of Music.

He said people often think of violinists as the individual who stands at the front of the stage, plays solos and gets all the glory. But for Mr. Grams, he enjoyed always being a part of an orchestra.

“Orchestral music has always been my first love,” he said. The idea of being able to have the orchestral music go the way that he thought it should is what he was able to achieve through conducting, he said.

Mr. Grams noted that conductors are often thought to raise their voices while at the helm, but he is the opposite.

“You can be a great conductor without being nasty,” he said. “That was something I set out to do, to get the best from musicians making the music without inflicting strain on them.”

He still plays violin from time to time, he said. His partner, Saeran St. Christopher, is the second flute with the Cleveland Orchestra.

Mr. Grams counts himself extremely fortunate to have worked and played with the Cleveland Orchestra. He served as assistant conductor from 2004-2007.

“Northeast Ohio has one of the greatest orchestras in the world right here,” Mr. Grams said.

He also recalled his time at Juilliard as “amazing” and a “fantastic experience.”

“You can imagine how excited I was to know he calls Solon his home,” she said. “I can’t wait to bring all the pieces of this puzzle together.

“It will be dynamic.”