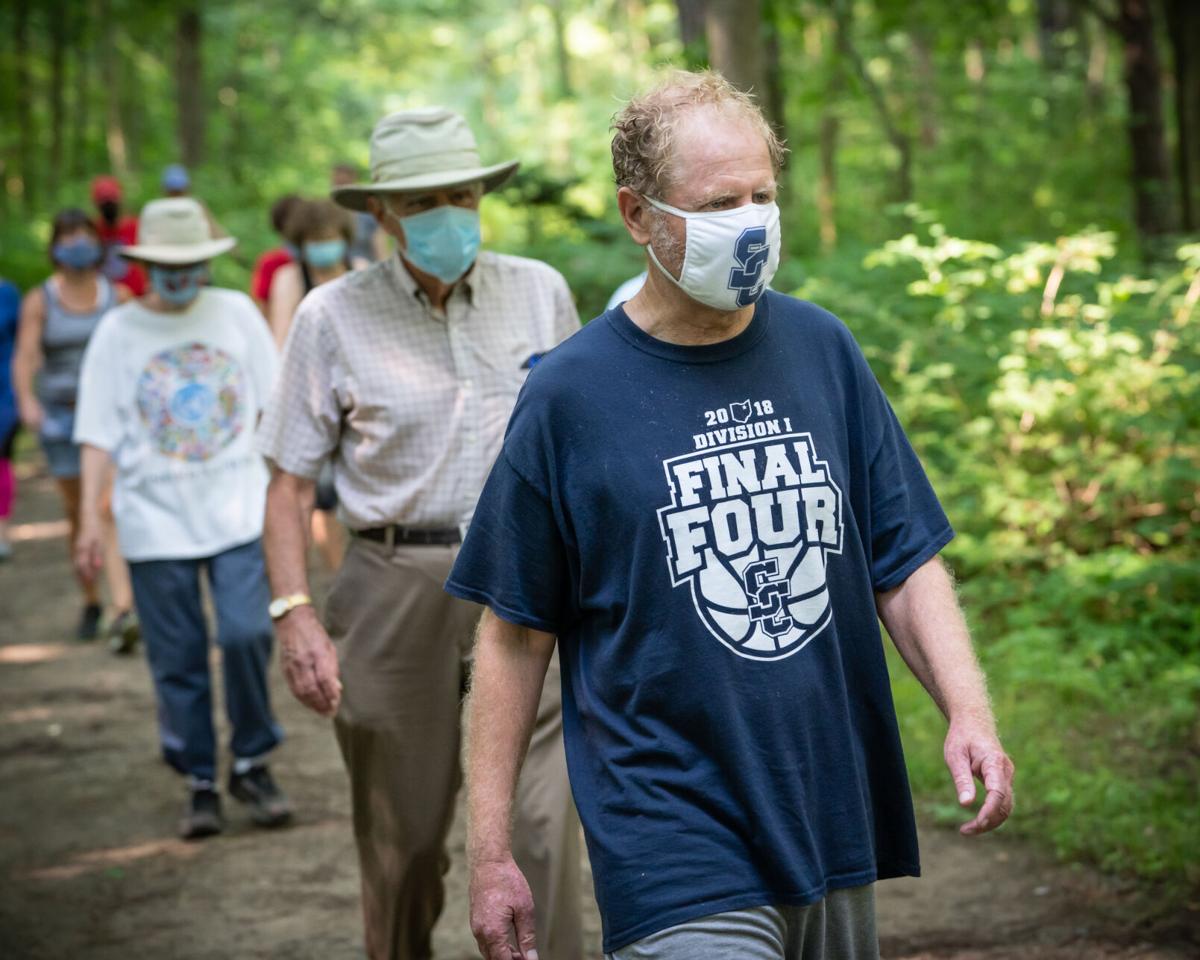 Mayor Edward H. Kraus last week lead a group of about a dozen hikers in the South Chagrin Reservation of the Cleveland Metroparks as part of “Hike with the Mayor,” an offering of the Solon Senior Center. 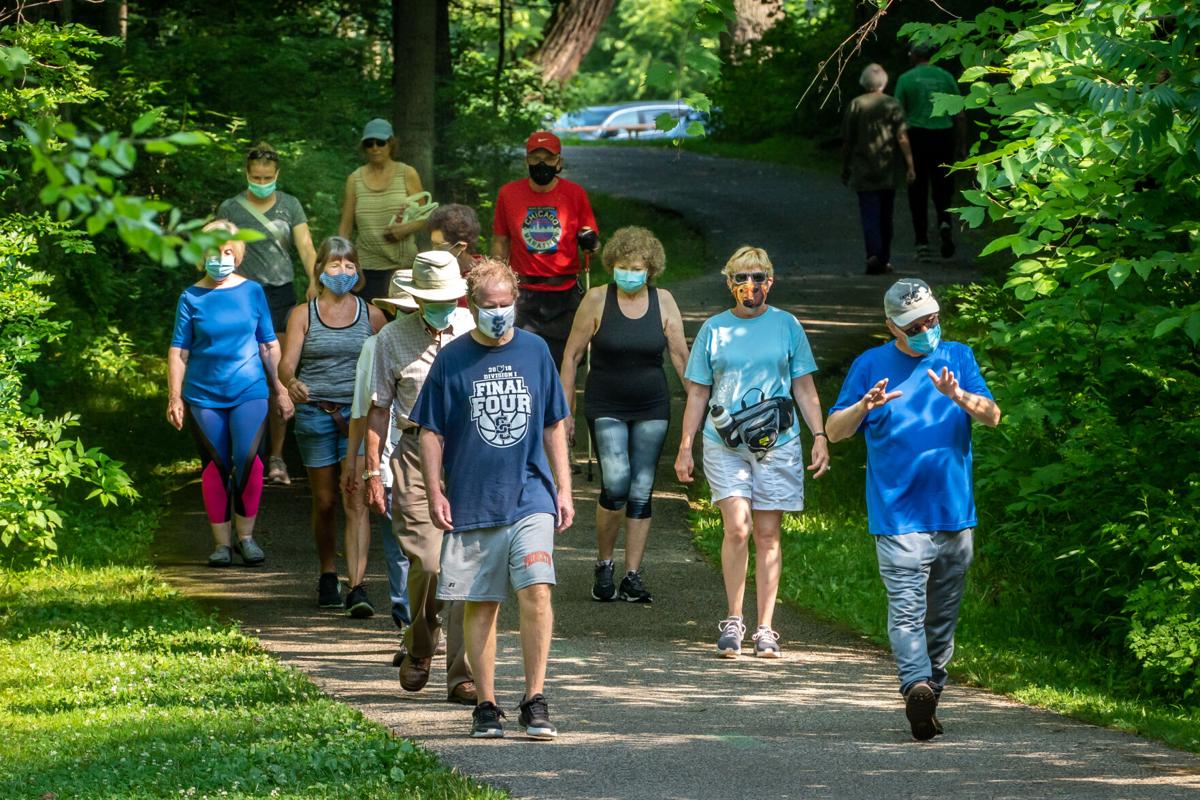 Solon Mayor Edward H. Kraus hikes once a month with residents to share news from the community and a love of the outdoors. The Solon Senior Center hosts the walks every Wednesday at 9:30 a.m. at the South Chagrin Reservation.

Mayor Edward H. Kraus last week lead a group of about a dozen hikers in the South Chagrin Reservation of the Cleveland Metroparks as part of “Hike with the Mayor,” an offering of the Solon Senior Center.

Solon Mayor Edward H. Kraus hikes once a month with residents to share news from the community and a love of the outdoors. The Solon Senior Center hosts the walks every Wednesday at 9:30 a.m. at the South Chagrin Reservation.

Under bright sunny skies last week, about a dozen outdoor enthusiasts took a hike with Solon Mayor Edward H. Kraus as part of a monthly event rooted in camaraderie and fun.

“Hike with the Mayor,” which began with Mayor Kraus’ election in 2017 as an offering of the Solon Senior Center, takes place at 9:30 a.m. every Wednesday beginning at the South Chagrin Reservation Henry Church parking lot. Mayor Kraus attends one Wednesday a month.

“I’ve been doing this since I became mayor,” Mayor Kraus explained before setting off on the 3-mile hike. “I’m an outdoor enthusiast and exercise enthusiast.

Mayor Kraus shared that passion in a casual, social type of hike, inviting questions and conversation from the participants, all members of the Solon Senior Center.

“They can feel comfortable with me and say whatever they want,” he said.

Solon resident Martha Cox said she loves most about the Hike with the Mayor the camaraderie as well as learning new and interesting things about the Cleveland Metroparks.

Talking to the mayor on the hike is an added treat, she said.

Bainbridge resident Rich Ostendorf, who hiked with the aid of arm poles, said he just loves being with his fellow seniors and talking.

Hikers, led by Solon Recreation fitness instructor Christy Cox, made their way through the woods to the bridge for stretching, before taking off again on the hike.

“It’s so great the mayor is here,” Solon resident Joanne Mindzora said. “We get a good perspective (on the city).”

In addition to talking about issues, the hikers and the mayor would comment on the landscape of the park.

“I already ran this morning,” Mayor Kraus said with a laugh. “It keeps my blood flowing!”

Solon resident Riva Adamovsky said she enjoys every minute of the hike and has taken part in it since the beginning.

She asked Mayor Kraus about how many cases of the coronavirus were in Solon and if there are any new restaurants or companies popping up.

“This event is so popular with hikers,” the mayor commented. Especially with the pandemic, being active and moving outside is all that much more important, he added.

“We are all so conscious of our health and well-being,” Mayor Kraus said.