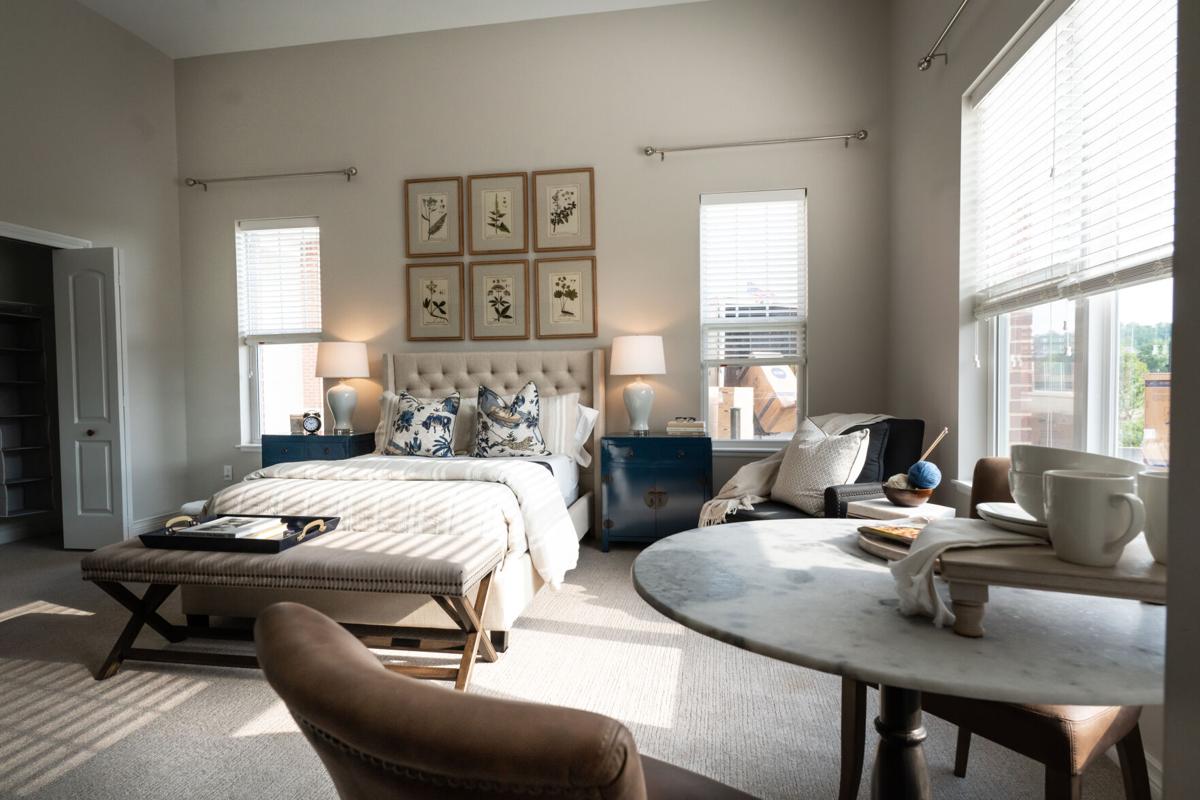 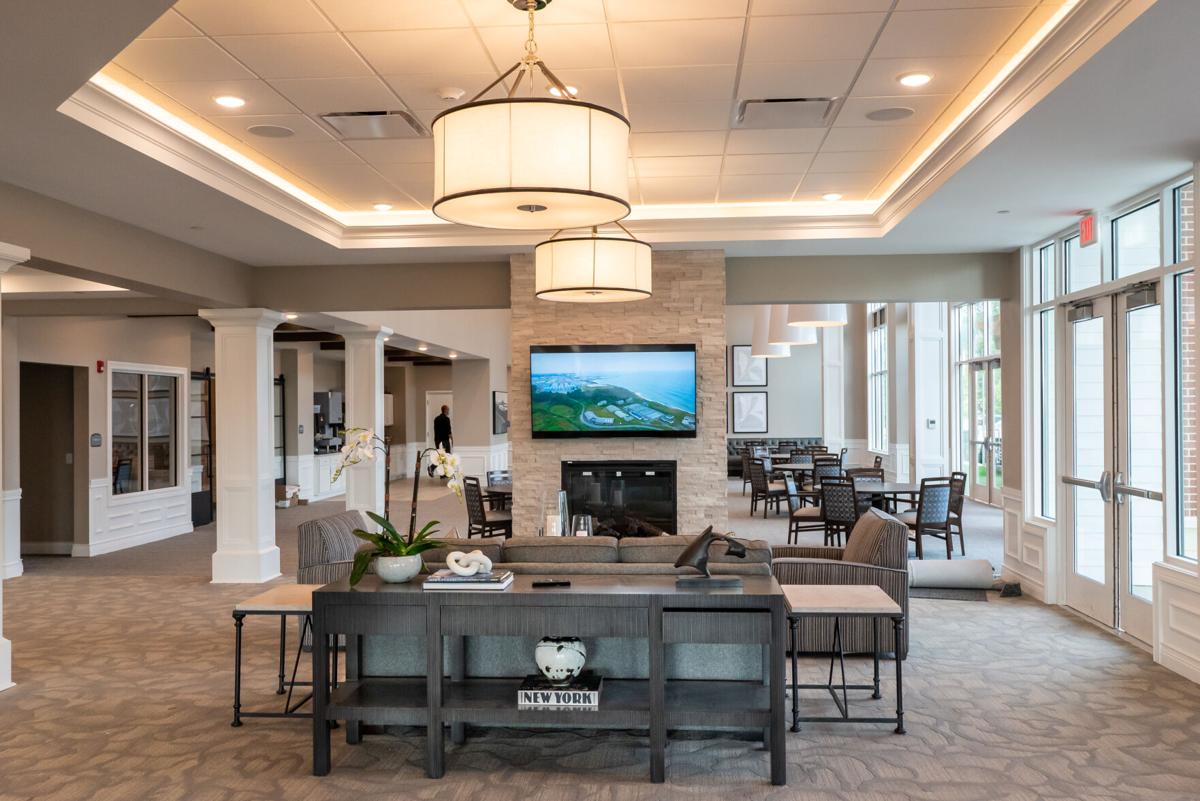 “We wanted it to feel like home,” he said last week.

The first residents in the new senior development began moving in on Tuesday. The adjoining assisted living and memory care facilities are scheduled to open in a few weeks. The development began being constructed in December of 2018.

Solon voters approved the rezoning in May of 2018 to pave the way for the complex.

“We wanted it to be very open and fresh looking,” Mr. Biales explained of the overall design.

Inviting in hues of soft gray, the expansive entrance lobby features a grand piano, fireplace and dining area, as well as a bistro and family gathering area to learn about the project. Furniture is arranged for social distancing.

The dining room in the building, which is a separate dining area from both the assisted living and memory care areas, is open to residents 7 a.m. to 7 p.m. There is also a fitness area, game lounge and exercise facility.

“We don’t want residents in their rooms,” Mr. Biales said. “The idea is to keep people together, communicating and not being alone.

“We have a lot of amenity areas.”

The Independent Living building, which is four floors, has 89 units. At the opening, it will be at 50 percent capacity. Rooms are available as studios, one-bedroom or two-bedroom units. Each have their own kitchen and laundry and the complex allows for pets.

The building is laid out with wide, brightly lighted corridors and each unit has a balcony, even those on the first floor.

“We are creating a lifestyle,” Mr. Biales noted.

Residents at the Independent Living building range in age from 70 and older.

Across the parking lot is Omni’s corporate headquarters, measuring 15,000 square feet, which was built on land the company purchased for about $1 million and adjacent to the site on the former Poly Carb property.