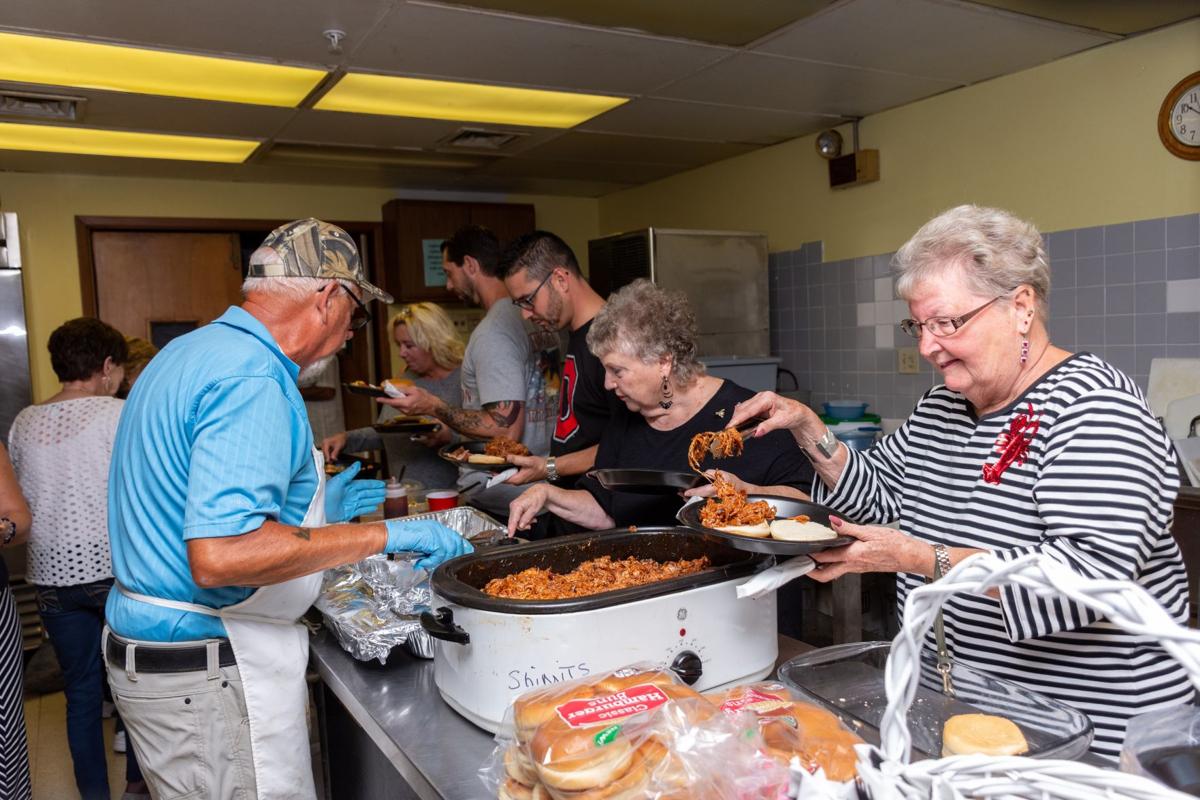 Hungry people line up to pile their plates with pulled pork at the Solon VFW Post 1863 annual pork roast recently. About 70 people attended the event. The post continues to hold its annual events despite adjacent city owned land being used to stage equipment for roadwork. 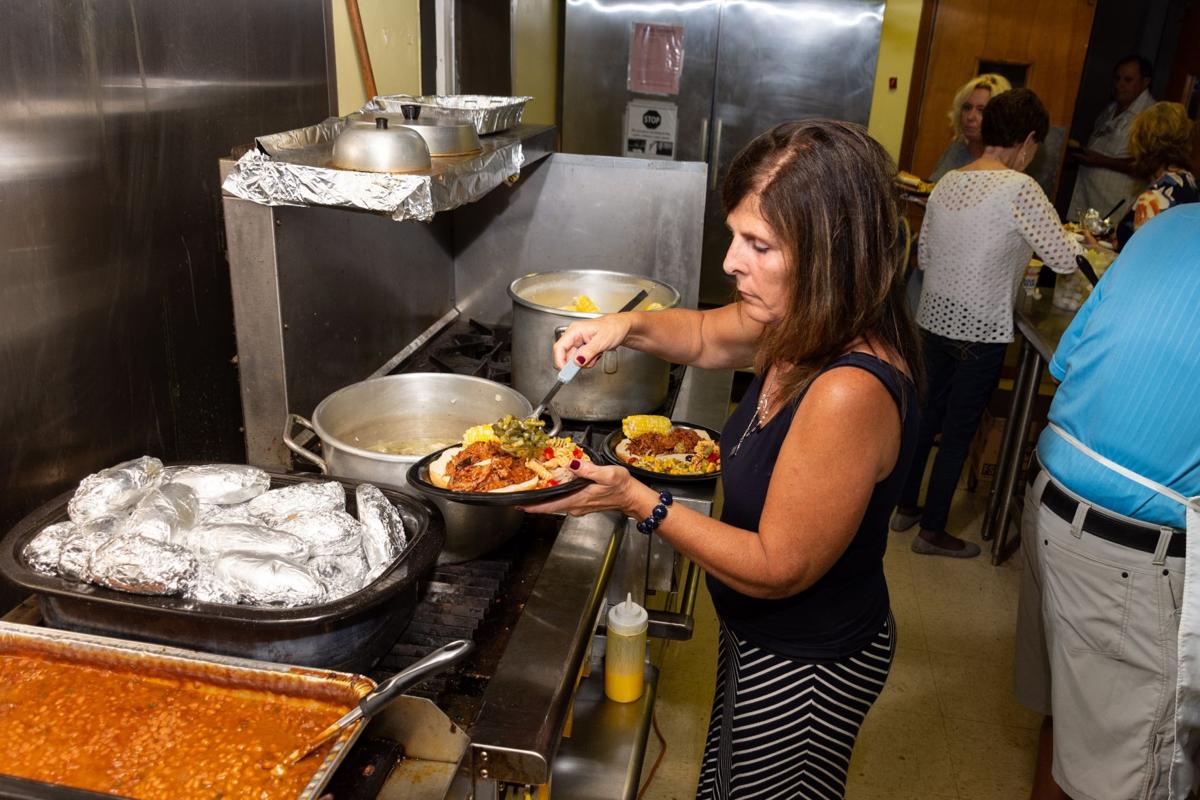 Angie Crowe of Macedonia serves herself some of the citrus, bourbon and pulled pork at the VFW pork roast in Solon.

Hungry people line up to pile their plates with pulled pork at the Solon VFW Post 1863 annual pork roast recently. About 70 people attended the event. The post continues to hold its annual events despite adjacent city owned land being used to stage equipment for roadwork.

Angie Crowe of Macedonia serves herself some of the citrus, bourbon and pulled pork at the VFW pork roast in Solon.

Behind the Solon VFW Post 1863 on Melbury Avenue is the staging for the $6 million intersection improvement project at SOM Center and Aurora roads, a situation that has been a damper on the post, Commander Jack Calvey said last week.

“This will go on for another three months or so,” Mr. Calvey said of the road work equipment on the city-owned property behind the post. “It’s killed our hall rentals.”

Most of the bookings were canceled due to the dirt flying in the area, he said, resulting in a loss of about $2,000 per month.

“Despite that, the post is continuing to hold many of its annual events” in an effort to raise money, said Mr. Calvey, a Vietnam war veteran.

A crowd of about 70 gathered for the pork roast.

On Oct. 12, the post will hold its annual clam bake, which is already sold out, Mr. Calvey said, with the post selling 130 tickets. The event will be held in the banquet hall.

Planned for November is a benefit in the works for a woman close to the post membership who is battling cancer.

Also in the works is a special event highlighting the remaining World War II vets at the post, as well as a veteran’s fair that will help draw younger members as well as outline benefits that are available to them.

Mr. Calvey said the post is lacking in younger members. It has about 315 regular members.

“Right now, it’s hard for the younger people to get in here,” Mr. Calvey said. Many are raising families of their own.

Mr. Calvey said that, with all the post-traumatic stress disorder that is prevalent in veterans, it is important to have someone to talk to, which is why membership to the post for younger members can be helpful.

A Veteran’s fair will be another way these types of relationships can be fostered, he said.

The post’s canteen, which is a usual gathering spot, has changed recently in that the kitchen has been closed due to rising operational costs. Currently, it is open just for drinks, and nightly happy hours are featured. Some members bring in food for such things as football games or other televised sporting events.

On Sundays, members come to the canteen for a game of darts, he added, and members just wrapped up their summer bocce league.

“Everyone coming through our doors is a veteran,” Mr. Calvey said. “It’s a nice gathering spot.”