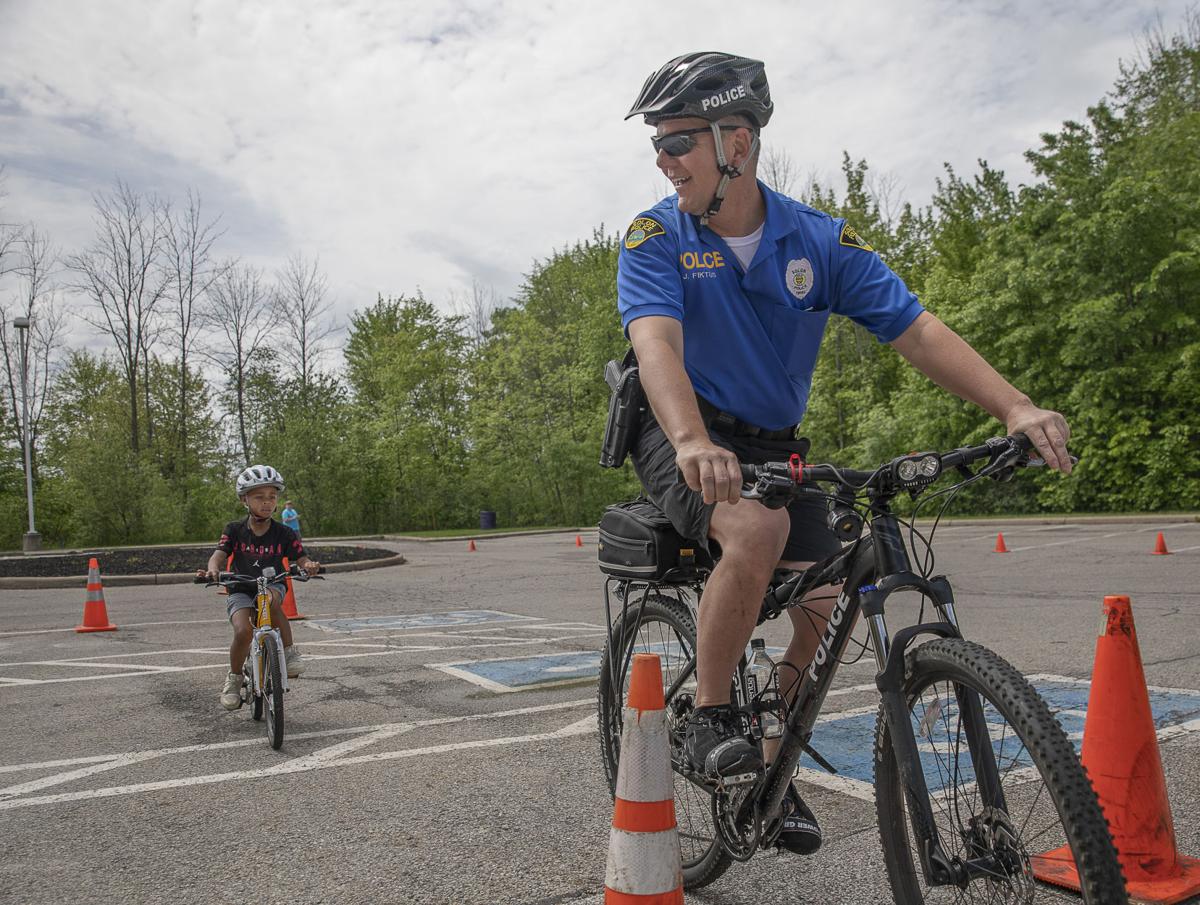 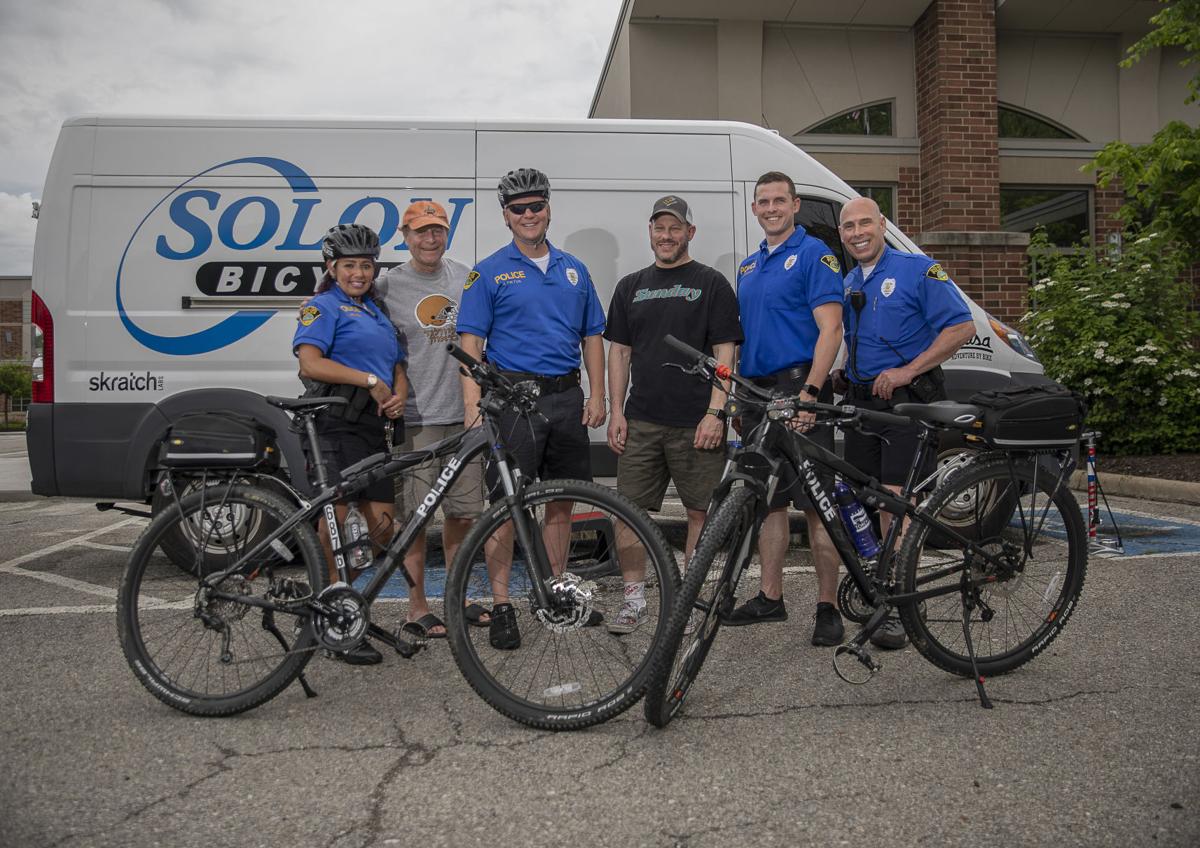 Despite a low turnout due to Sunday’s rains, Solon’s first Bike Rodeo held importance for all involved.

Presented by the Solon Police Department’s bike patrol led by Sgt. Jim Cabot, the day’s goal was to promote bike and helmet safety awareness as the summer riding season kicks off.

“It’s about promoting safe riding habits,” Sgt. Cabot continued, with an incentive built in thanks to Mitchell’s Ice Cream for youngsters to do so.

Officers in patrol cars and on bikes will present a certificate to kids they see riding with a helmet in the city. This promotion will take place until Nov. 1.

On hand on Sunday in addition to bike patrol officers and a handful of families were representatives from Solon Bicycle who were doing bike adjustments for the participants.

The rodeo was held in the Senior Center and Community Center parking lots and also included a small obstacle course to build confidence and skills.

There are six officers on Solon’s bike patrol, which is out patrolling May through September. Officers ride on day shift and through the center of town, the parks, business district and residential neighborhoods.

Sgt. Cabot said the goal of the patrol is to make officers more approachable for the public.

“We do it for the people because they are more apt to come and talk to us if we are on a bike,” he said. “It gets us out in the public and talking to people.