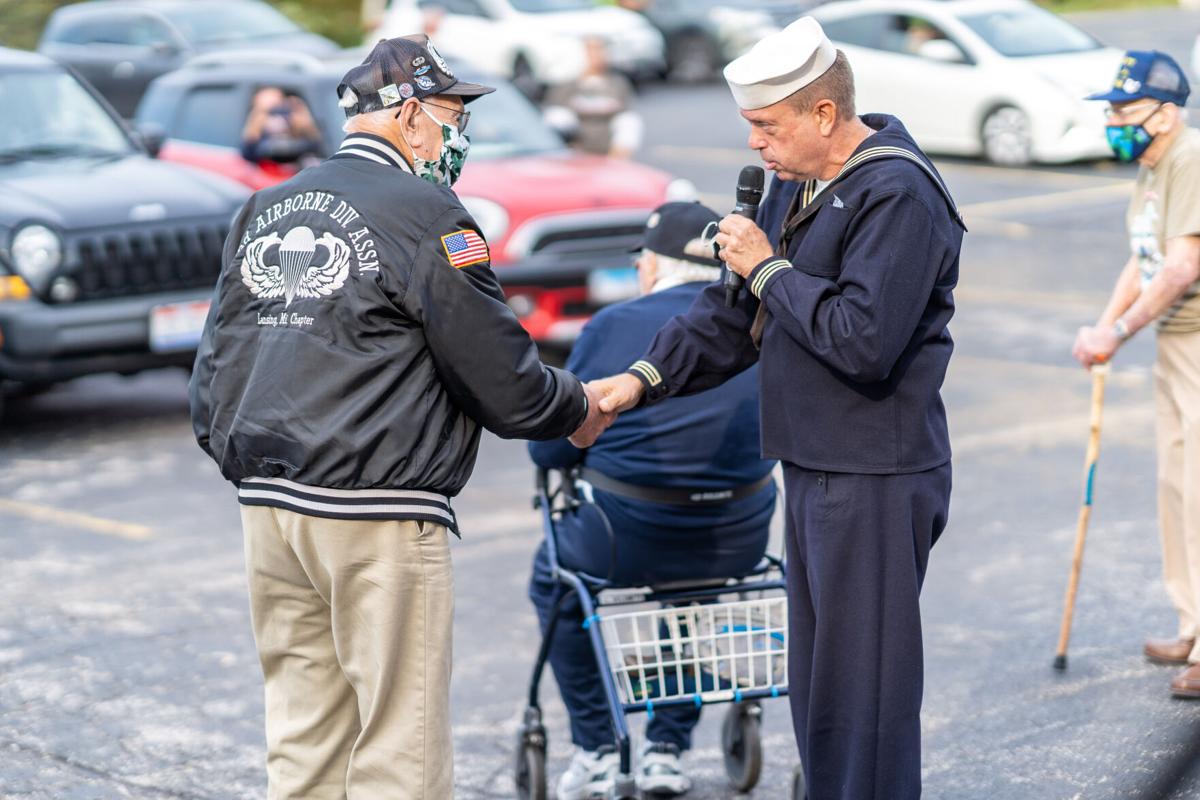 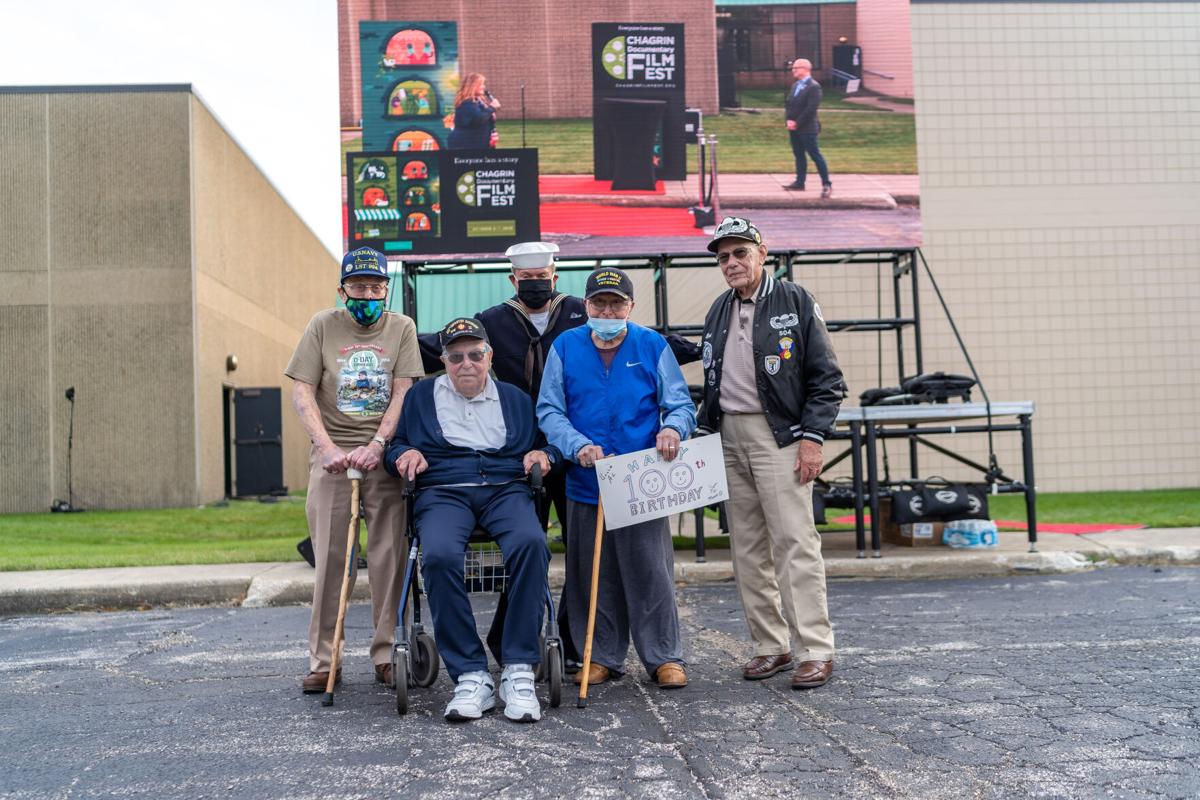 Four Northeast Ohio men, all World War II veterans and participants in the liberation of France, were honored on Oct. 10, by French General Consul to the Midwest, Guillaume Lacroix  before the Chagrin Documentary Film Festival world premiere of “The Girl Who Wore Freedom.”

The 11th annual festival began Oct. 6 and ended this past Sunday offering films both outdoors in downtown Chagrin Falls and at a drive-in setting in Bainbridge and online through streaming.

Their invitation came from the film’s director Christian Taylor whose documentary reveals heretofore unknown stories of the men, women and children of Normandy, France who lived through the German occupation and the relationships they formed with their American liberators and allied forces.

Last Saturday was a big day for Ms. Taylor, too. Her film was awarded the Festival’s Emerging Filmmaker Award.