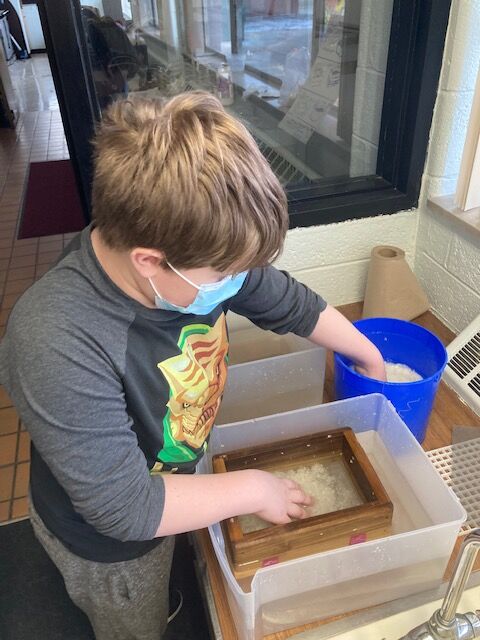 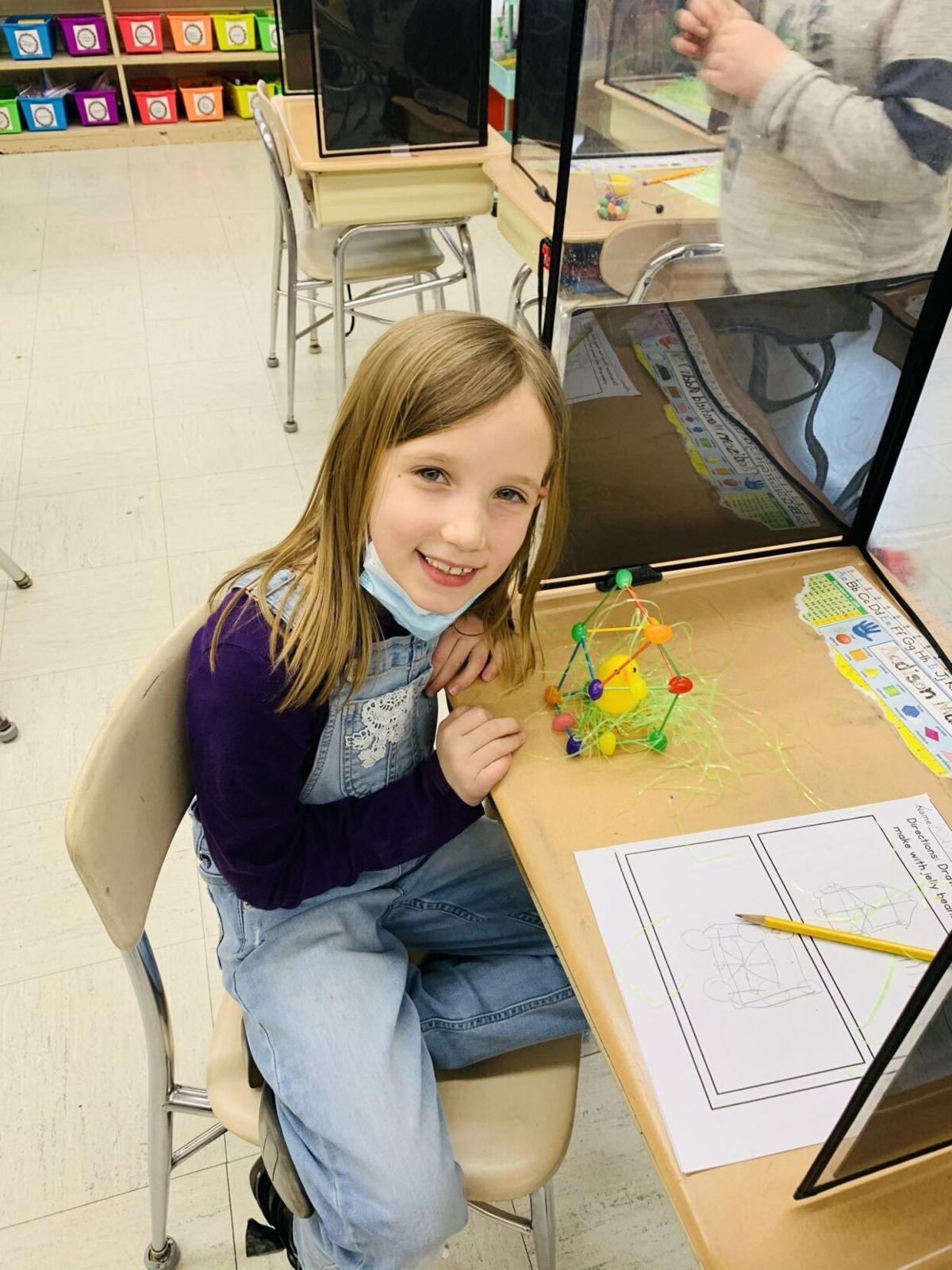 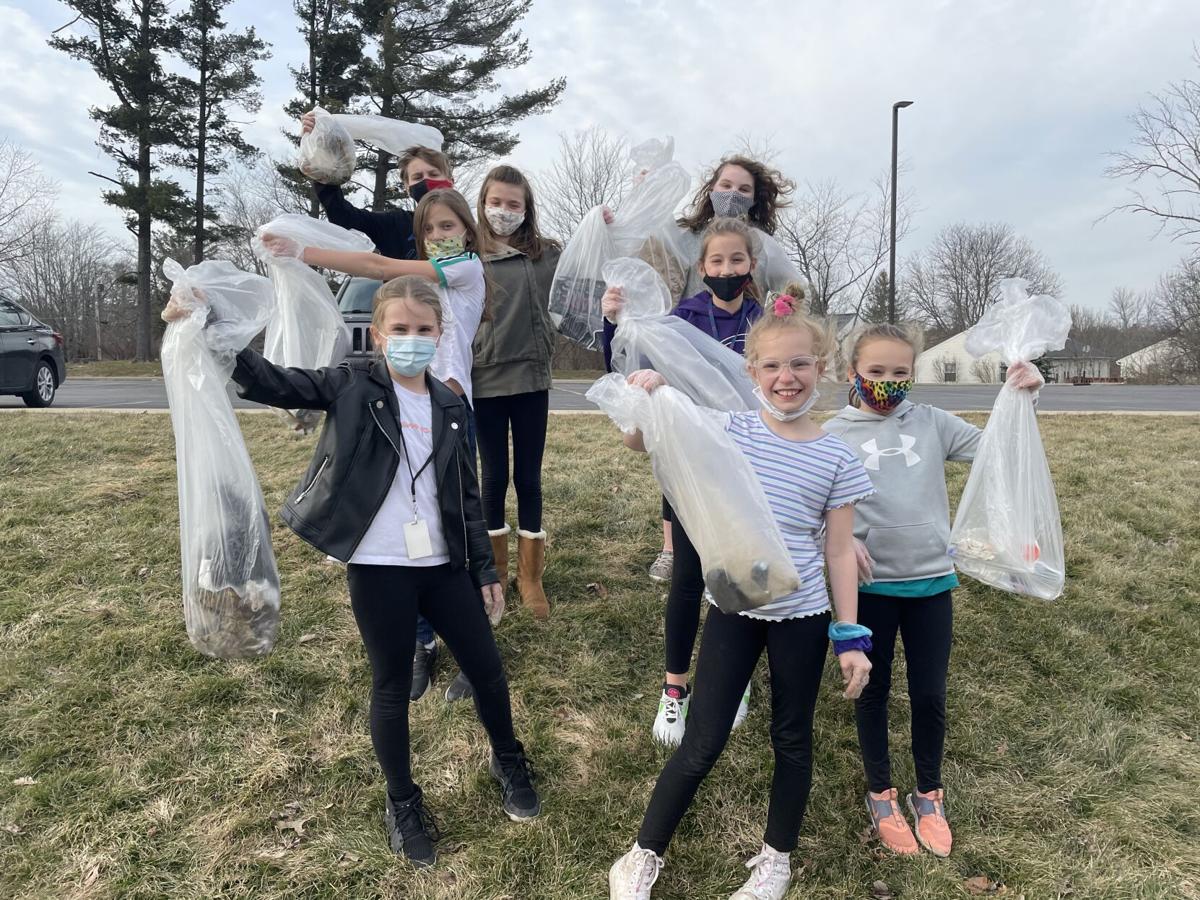 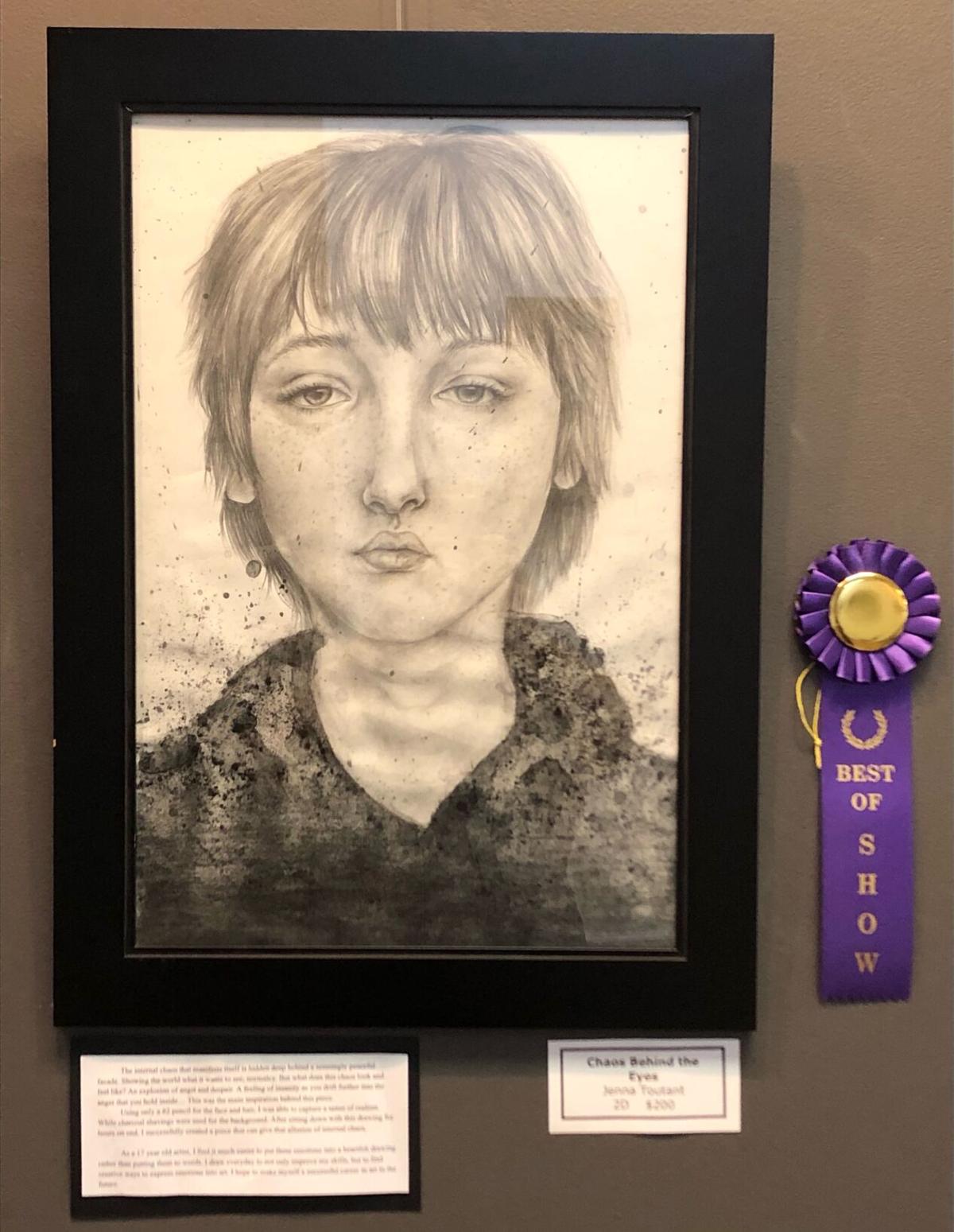 Munson Elementary School third-graders made their own paper on March 4 with art teacher Beth Sticley, building on their recent science lesson on resources. The students participated in a hands-on, multistep process, from tearing up paper into small pieces and soaking it in water, to drying the pressed materials into newly formed pages.

“Students had learned about renewable and non-renewable resources through a science curricular unit with their teacher Mrs. [Jeana] Hardman,” said Mrs. Stickley. “With this new knowledge in mind, in art class, we first viewed an animated clip about how trees get turned into paper. We saw examples of bleached paper versus raw or unbleached paper and discussed which was better for the environment.”

Having been introduced to Ms. Potter’s series opener, “Big Foot and Little Foot,” the students were already acquainted with the author’s writing style and had prepared questions for her prior to the visit.

“She talked about her inspiration to be a writer and tips for being a writer, and then there were about 10-15 minutes where my students asked questions,” said Ms. Whiting. “It was great. Her tips were to read a lot, read carefully and re-read; create characters that feel alive and interview them; and revise.”

“As with many activities this year, the 2021 state competition was forced into the virtual realm for all phases, culminating in a Zoom awards ceremony on March 20,” said Allen Hermer, the high school’s ACADEC coach and business teacher. “Facing stiff competition in a tough division, Chardon represented well, coming away with 17 individual medals spread over all 10 disciplines.”

State medalists included senior Bradley Duchon with two gold, four silver and two bronze; graduating junior Paige Yamamato with three Silver and one Bronze, and she was featured in a speech showcase; senior Abigail Atchley with one silver and one bronze, and she carried the highest overall team score; senior Benjamin Perry with two bronze; and sophomore Austin MacCartney with one bronze.

Juniors Savannah Bryant and Charlotte Kurtz competed in the Ohio Family, Career and Community Leaders of America’s Career Development Events, which were evaluated in February and March.

Olivia Brosch, a junior enrolled in ACC’s criminal justice and security program, competed as part of a three-member team in the SkillsUSA Ohio Northeast Region’s Crime Scene Investigation event in February.The team’s performance earned the students a silver medal plus advancement to the SkillsUSA Ohio State competition scheduled for April 9.

By late March, however, Tiny Toppers families toppled that goal, amassing 450 donated boxes of cereal for community members in need.

The final total came in at nearly 500 boxes due to additional donations from Chardon High School’s National Honor Society, who further supported the service project on March 25 by setting up a “Domino train” of the cereal boxes outside the elementary school.

“We are so lucky to have such kind kids and families in Chardon,” said Ms. Ellis. “With kindergarten, it is often hard to show how they can make a difference. They really understood they were helping people in need in our community.”

Officials from Pilgrim Christian Church in Chardon, which is handling distribution of the donated cereal to those in need, said it was the largest donation of one item they might have ever received. The church is sharing the collection with a pantry in Burton and the Geauga County Veteran Food Pantry.