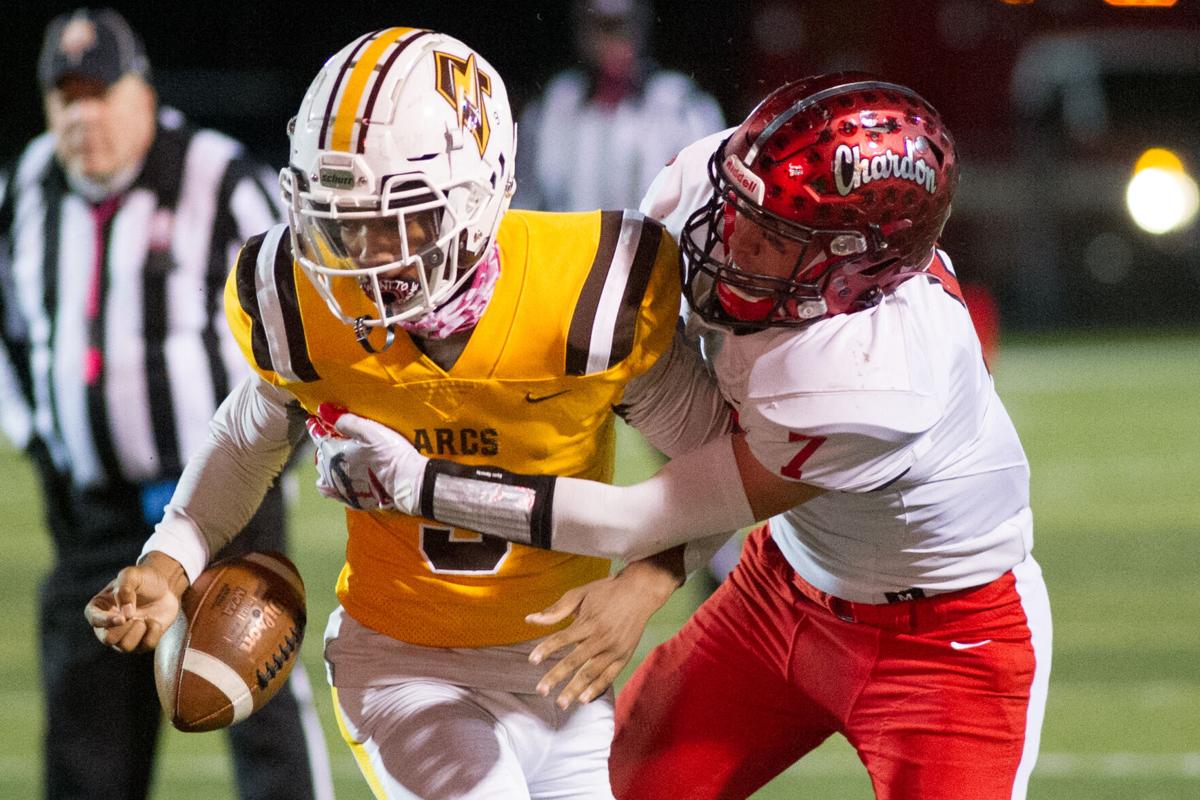 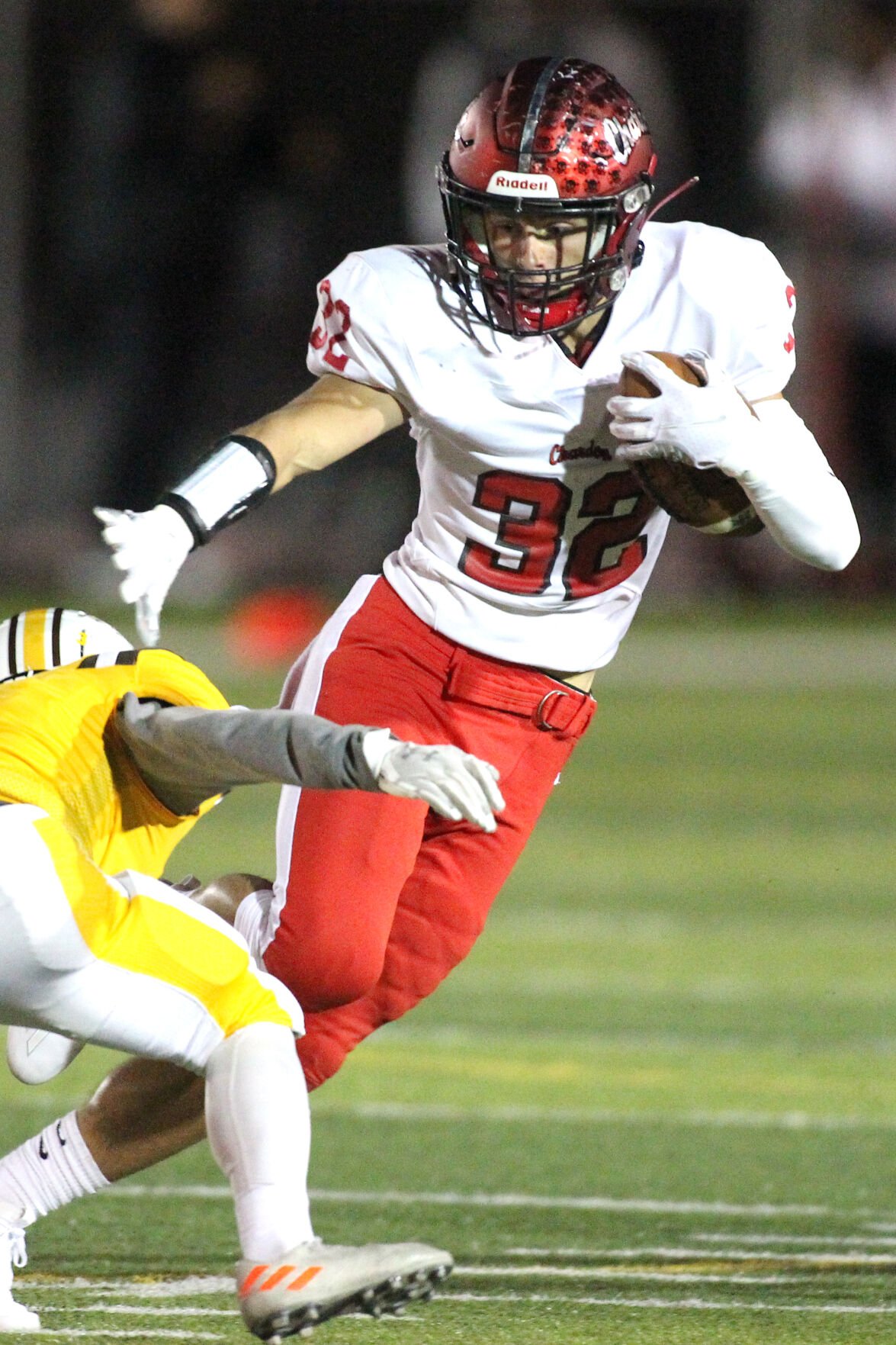 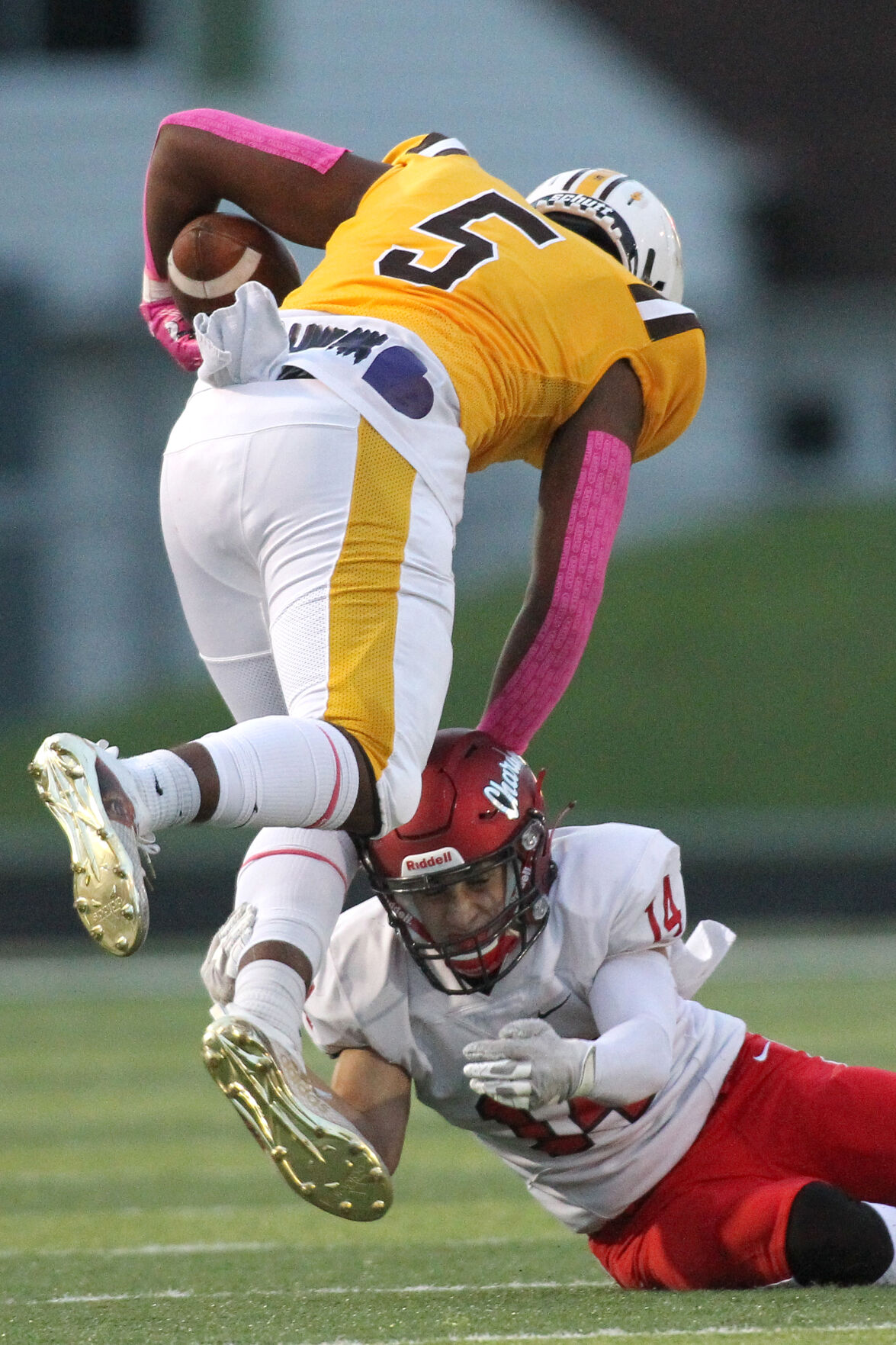 The Division III AP No. 1-ranked Chardon gridders (6-0) were one hiccup away from putting together a complete package during a 55-7 road stomping of Division II league foe Brush (2-4) on Friday night at Korb Field.

On the verge of adding to their 34-0 lead in the second quarter, the visiting Hilltoppers lost a fumble and Brush 6-foot senior Jaylen Richardson, the fastest guy on his team, returned it 82 yards for the Arcs’ lone touchdown of the game with 3:14 to go in the half.

That was the second lost fumble for a touchdown the Chardon boys surrendered this season, with the other coming on a 41-yard scoop-and-score by Kenston linebacker Braden Krupp during a 37-6 Hilltopper victory in week three.

But Chardon’s defense has been nearly impenetrable this campaign, with only three opposing offenses finding the end zone for a total of four touchdowns in six games. Brush’s offense wasn’t one of them, as the Arcs finished Friday’s Western Reserve Conference game with just 2 total yards – 21 yards in the first half and negative-19 yards in the latter.

The Chardon gridders owned a running clock for the entirety of the second half, as they answered the fumble return with Hilltopper 6-foot-1 senior quarterback Drew Fetchik punching in a 1-yard keeper for a 41-7 lead 37 seconds before the break. The Hilltoppers have enacted running clocks in five of their six games this year, with the exception of the previous week’s 35-14 victory against Mayfield.

Then Fetchik redialed McDonald on a 29-yard touchdown pass for a 27-0 upper hand with 10:15 to go in the half. Fetchik would finish the game seven-of-seven passing for 169 yards with those four touchdowns. McDonald had three receptions for 81 yards.

Like Fetchik said after his 165-yard passing night in Chardon’s 35-14 victory against Mayfield the previous week, if opposing defenses are going to play only to stop the wing-T, then the Hilltoppers’ aerial attack is like taking candy from a baby.

After that 27-0 lead on Brush, Chardon 5-foot-11 sophomore defensive back Trey Liebhardt intercepted a Brush pass. Hilltopper 170-pound senior running back James Pettyjohn capitalized with a 59-yard touchdown run for a 34-0 upper hand with 6:32 to go in the half. Pettyjohn finished with 109 yards rushing.

With 226 yards rushing for the game, Chardon’s offense took control of the running clock in the second half and added another touchdown on a 3-yard rush by 185-pound senior back Charlie Brosch for a 48-7 advantage with 4:07 remaining in the third quarter.

Chardon 215-pound junior defensive lineman TJ Altman then tucked the Arcs in for bed with a scoop-and-score touchdown on a Brush fumble inside the 10-yard line with 6:32 to play for the 55-7 final.