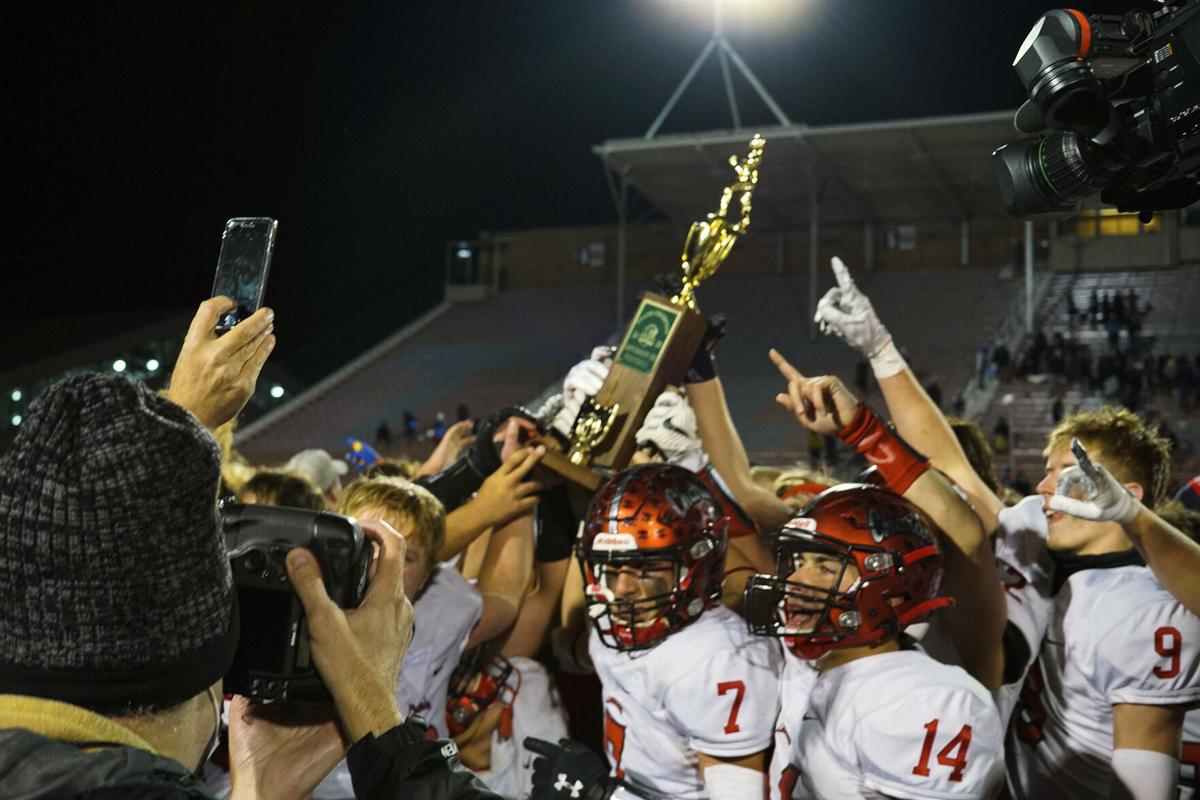 Chardon seniors Cade McDevitt, No. 7, Kevin Doyle, No. 14, and Brady Toth, No. 9, help hoist the Division III state championship trophy after a double-overtime victory against DeSales on Saturday night at Paul Brown Tiger Stadium in Massillon. 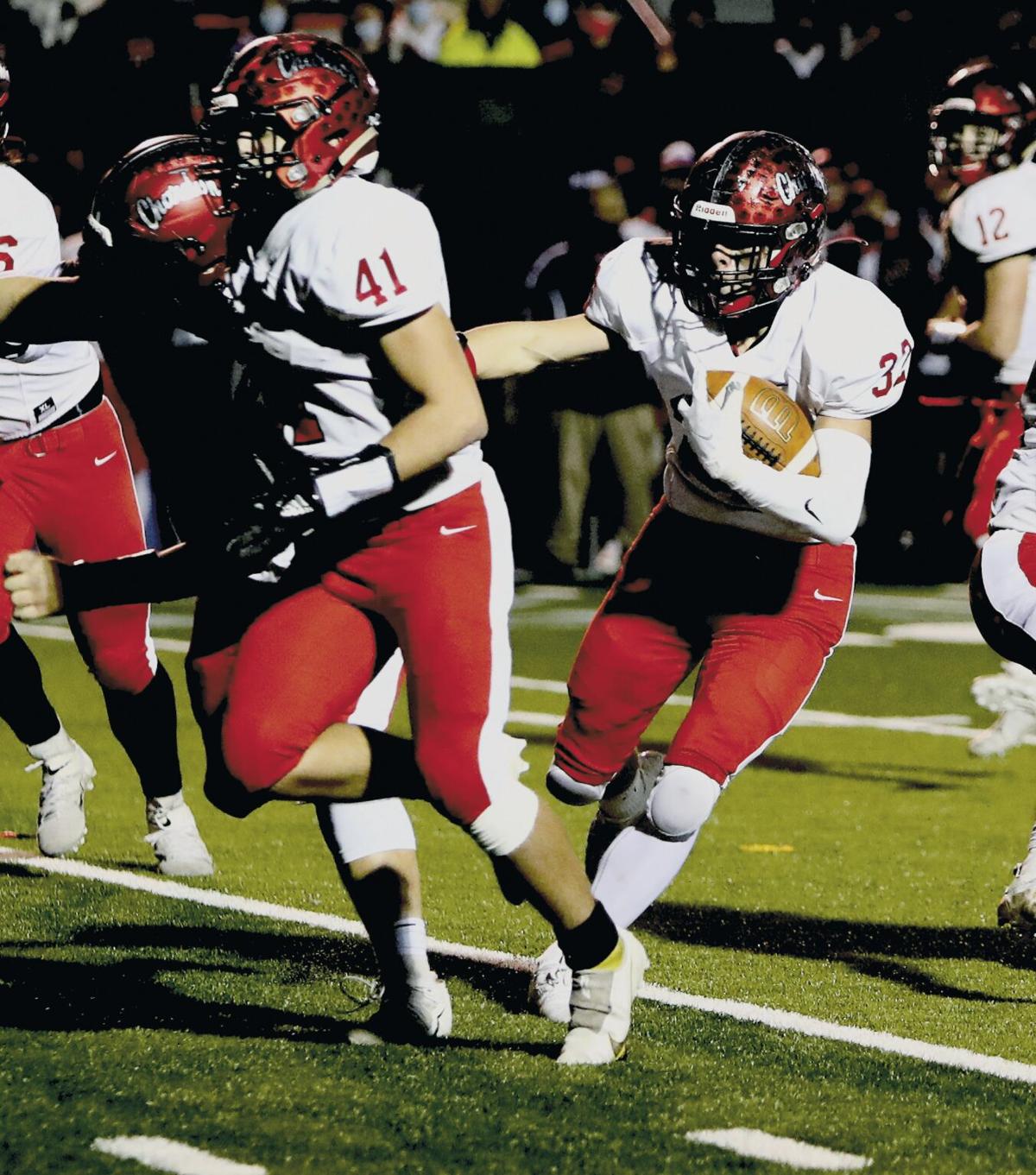 Chardon seniors Cade McDevitt, No. 7, Kevin Doyle, No. 14, and Brady Toth, No. 9, help hoist the Division III state championship trophy after a double-overtime victory against DeSales on Saturday night at Paul Brown Tiger Stadium in Massillon.

Overcoming a 14-point deficit in the fourth quarter of a Division III state championship game had never been done before.

The AP No. 1-ranked Chardon gridders were facing that challenge, down 28-14, against No. 8-ranked Columbus St. Francis DeSales with less than seven minutes to play in the title game on Saturday night at Paul Brown Tiger Stadium in Massillon.

Unfortunately for the Hilltoppers, they had not faced a true fourth-quarter test in 11 previous games this season, putting running-clock victories on all but one of their opponents – the exception being a 35-14 triumph against Mayfield.

Nonetheless, Chardon 10th-year head coach Mitch Hewitt said he had never been more composed on the sideline at any point in the last decade than he was on Saturday night.

DeSales, meanwhile, was battle-tested. The Stallions’ lone loss entering the title game was a 35-34 double-overtime affair against Columbus Bishop Watterson in week-four football on Sept. 18. They also had three one-possession victories on their 9-1 season resume.

But none of that compared to the brotherhood that the public-school Chardon boys put on display when so many things didn’t go their way, including a 90-yard kickoff return that got called back, as well as a hook-and-ladder touchdown that was reversed with 7:56 remaining in the game.

“It was stressful,” Chardon senior Brady Toth said. “I mean, we’re down by 14. But we’re not going to give up. We know what to do when we’re down like that.”

What the Hilltoppers did was get a three-and-out stop with 6:17 remaining, before senior quarterback Drew Fetchik dialed up senior halfback Blake Barker on a wheel route for a 36-yard touchdown to cut the deficit, 28-21, with 6:09 to play.

What the Hilltoppers did was get another three-and-out stop with 4:17 remaining, before going 91 yards, including a 46-yard reception by Toth, a 34-yard catch by junior Alex McDonald and an 8-yard touchdown run by senior Evan Ash to tie the game, 28-28, with 2:17 to play.

What the Hilltoppers did was have sophomore Trey Liebhardt block a DeSales field-goal attempt in the first overtime, before Chardon junior kicker Nathan Tager connected on the game-winner from 33 yards out in double overtime.

And what the Hilltoppers did was secure their program’s first state title since 1994.

But Chardon is the only team among Division I, II and III programs to persevere through a 14-point deficit in the fourth quarter of a title game.

Piggybacking on those comments, Toth said, “For me, it’s the love we have for each other. We’ve known each other since kindergarten. I mean, we don’t want to let each other down. It came down to playing for your brother next to you.”