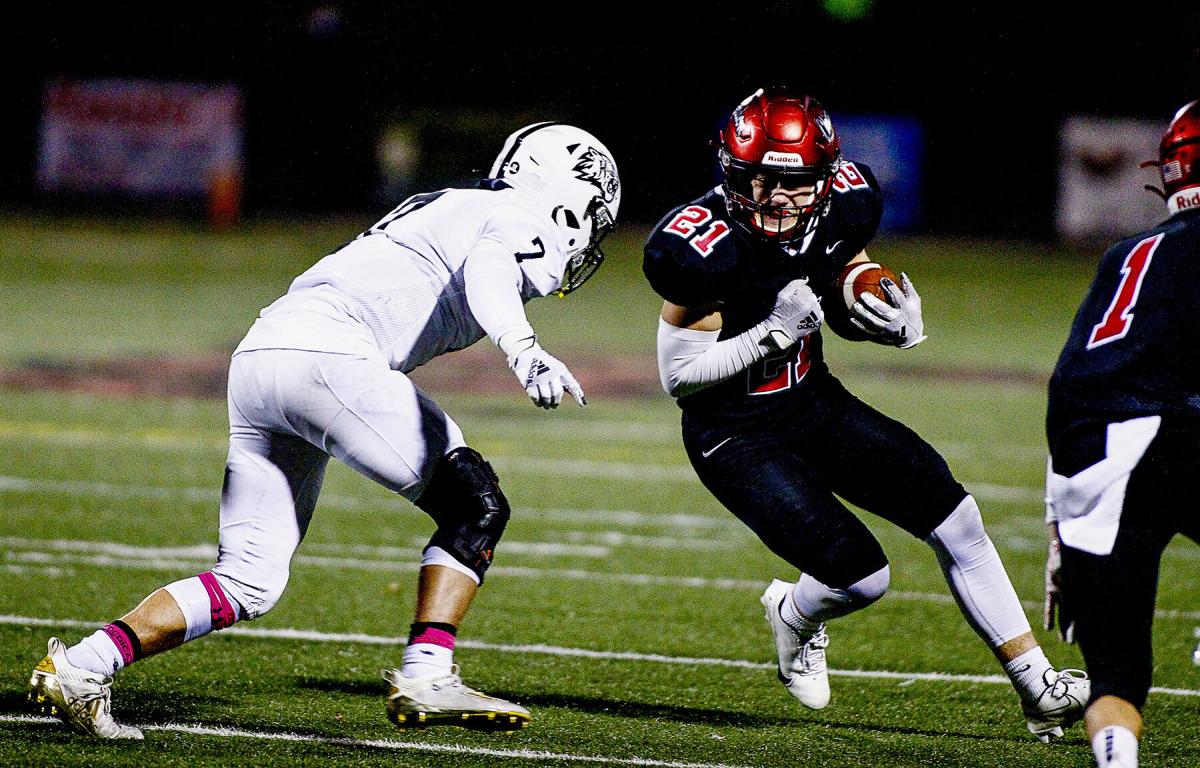 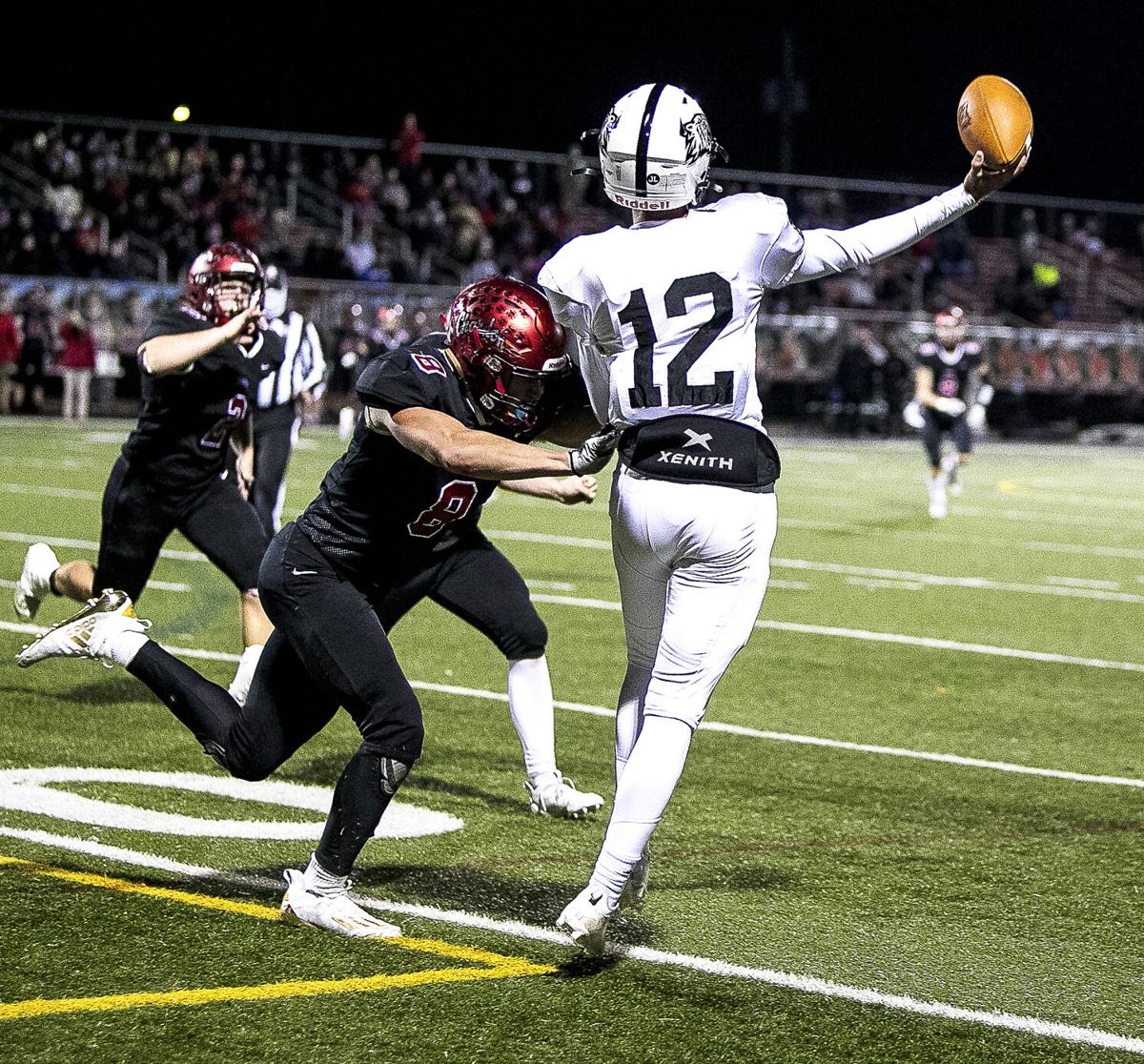 Running-clock victories don’t always provide championship-caliber teams the opportunities they need to grow in certain situations they’ll face down the road. The Division III AP No. 1-ranked Chardon gridders (7-0) have had six such wins this fall.

But when the rested Hilltoppers returned to the gridiron after a bye week from the first round of the all-inclusive 2020 playoff format, they found themselves with their backs against the goal line in a Region 9 battle with No. 17-seed Warren Howland (4-4) on Friday night at Memorial Field.

The visiting Tigers, coming off a 27-0 whooping of Akron Buchtel, appeared to be on their way to the end zone in the first quarter against Chardon, when 185-pound senior tailback Eric Babinchak broke loose with the pigskin from his own 27-yard line and had nothing but open field ahead of him.

Howland’s workhorse, Babinchak had 44 carries for 313 yards at Buchtel the previous week, and he entered Friday’s game with 1,100-plus yards rushing in seven games.

“They had a really good running back – the kid we were concerned with coming in,” Chardon 10th-year head coach Mitch Hewitt said.

“We think he was the second- or third-best player we’ve seen all season in our seven games,” Hewitt said. “So, we knew of his talent. He’s a 70-carry guy in the last two weeks alone. So, he’s a really tough kid. He’s got some speed, not top-end speed, but he’s a good football player. And we knew he’d get some.”

So, when Babinchak broke loose with nothing but open field ahead of him, the Tigers appeared destined for six points in the first quarter against Chardon.

“Blake Barker makes a great play, tackles him at the 3-yard line,” Hewitt said. “And then our defense has what we would consider an epic playoff stand just to keep them off the board.”

A 6-foot-2, 205-pound senior linebacker, Barker chased down Babinchak to save the touchdown on a never-quit play that Hewitt said he’ll be displaying to future Hilltoppers for years to come.

Chardon’s defense, which had surrendered fewer than five points per game entering the night, stuffed the Tigers on four straight plays to retain a 14-0 upper hand late in the opening stanza.

“I don’t know that at any one point in any one time, even after that long run, that anyone thought we were in question of losing,” Hewitt said. “But, when you’ve been consistently good throughout the season, sometimes you miss those opportunities. You’re not in those positions to grow and to get better. So, it’s encouraging from our standpoint to be in those positions, to get the experience and to fortunately come out on the plus side.”

The Hilltoppers went on to build a 42-0 lead at halftime, before putting the bye-bye on Howland, 49-14, to advance to the Region 9 quarterfinals. They will host No. 8-Geneva (7-1) at 7 p.m. this Friday at Memorial Field.

Chardon hasn’t had much competition since a 35-14 victory against Division II Mayfield (5-1) on Sept. 25. After that, the Hilltoppers rolled over Brush, 55-7, and then had a bye week before taking on Howland.

“I thought our program did a good job of managing the right amount of preparation and rest but also some intense practices,” Hewitt said. “I didn’t know how I’d feel about the bye until last night at 9:30. I think we came out focused, fresh, and I guess I’m a fan, at least with the team that we had last night.”

Howland had the first possession and was forced to punt.

But on the attempted boot, Chardon 185-pound senior Charlie Brosch found room to block the punt, and 180-pound junior Rocco Perrico recovered it in the end zone for a 7-0 Hilltopper lead with 10:22 remaining in the first quarter. Junior Nathan Tager provided the extra point.

“All special teams are effort-based plays, but, through film study, we thought there were some areas we could take advantage of in their punt protection,” Hewitt said. “But we tell our kids special teams are effort-based plays, and they got after it. And, quite frankly, on punt blocks, I tell our kids, if we rough them, it’s on me. I want maximum effort, and I’ll take any sort of consequence that comes with it.”

On Howland’s ensuing possession, some razzle-dazzle on fourth down didn’t go the Tigers’ ways for a turnover on downs. The next play, Chardon 170-pound senior running back James Pettyjohn capitalized on a 48-yard touchdown run for a 14-0 Topper lead with 6:46 to go in the opening act.

Then, after that previously mentioned goal-line stand, Chardon went the length of the gridiron on a drive that featured 6-foot-1 senior quarterback Drew Fetchik’s 47-yard completion to 6-foot-3 junior tight end Alex McDonald down to the 1-yard line. Fetchik punched in a keeper for a 21-0 upper hand with 1:12 left in the quarter.

Fetchik finished four-of-eight passing for 101 yards with a touchdown against Howland, while Pettyjohn led the ground attack with 121 yards rushing.

Howland finally got on the board with a 7-yard touchdown run by Babinchak to cut the Toppers’ lead, 42-7, with 11 minutes remaining.

On the Tigers’ next offensive series, Chardon’s Brosch came up with an interception against an aerial attack that was limited to just 11 yards passing. That pick set up a touchdown run by Topper 6-foot-4 junior Ryan Petersen for a 49-7 advantage with 3:46 remaining.

Howland put one more touchdown on the board in garbage time for the 49-14 final.