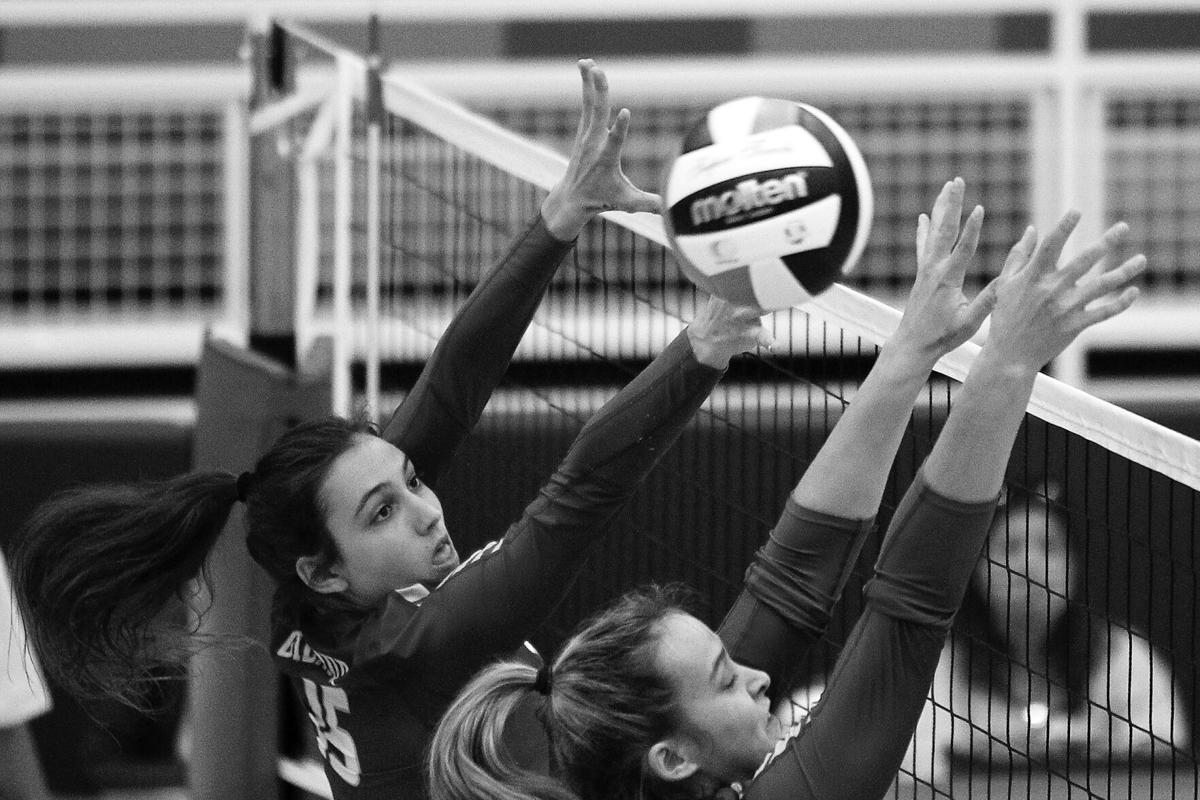 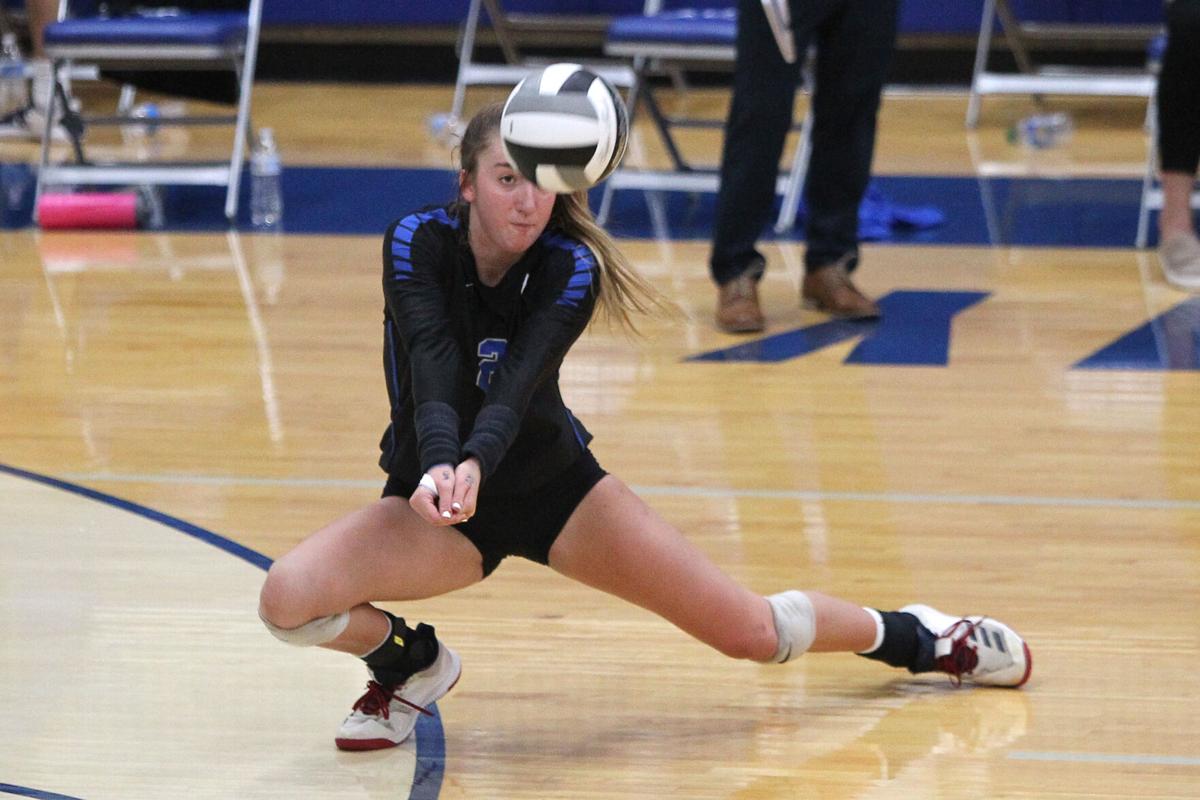 Gilmour Academy 5-foot-8 senior libero Emmy Klika, a University of Pittsburgh commit, gets up one of her 31 digs during the Lady Lancers’ 3-1 loss against Padua Franciscan last week. 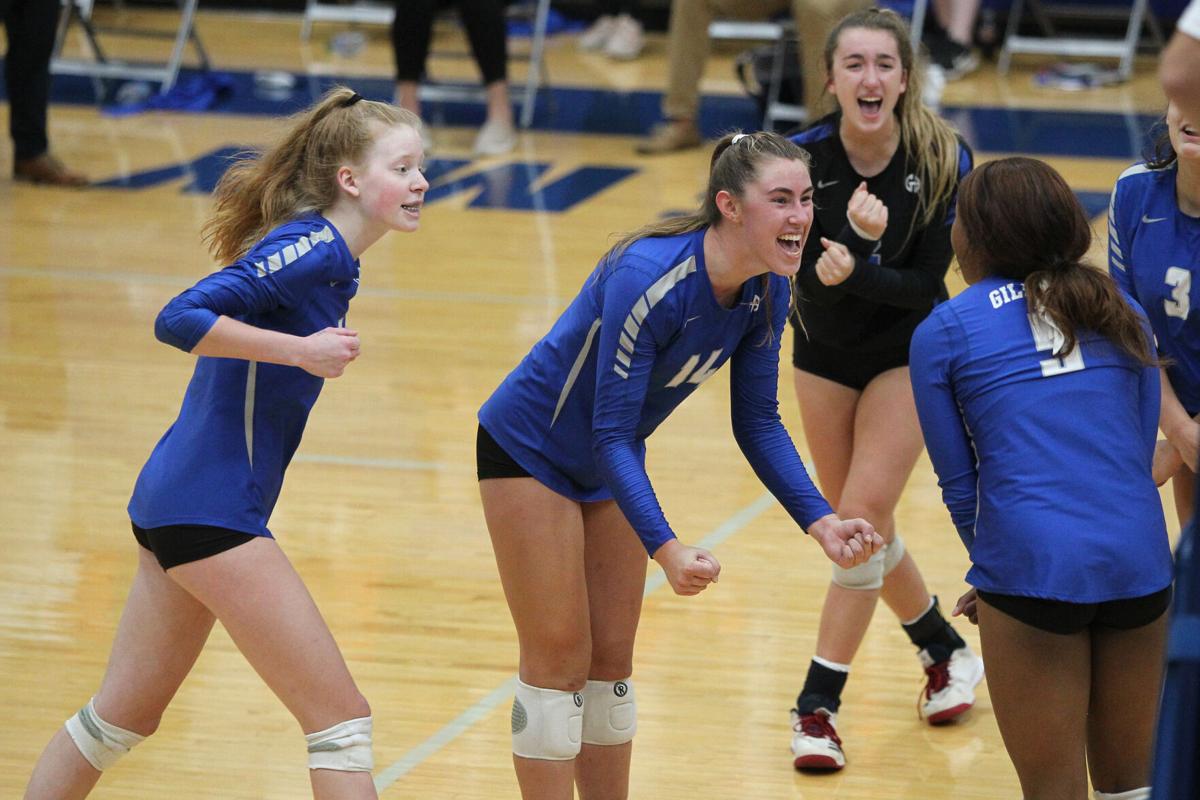 Gilmour Academy 5-foot-8 senior libero Emmy Klika, a University of Pittsburgh commit, gets up one of her 31 digs during the Lady Lancers’ 3-1 loss against Padua Franciscan last week.

Leigh had only 47 assists, with four Lady Bruins recording double-digit kills, but she was able to find the right hitter in the right moments during the tightly contested second and fourth frames, Gilmour sixth-year head coach Danny Coughlin said.

“I think their strength of schedule played a huge role in their success, and their setter was a difference maker,” Coughlin said. “Mandy Lee’s fantastic. She was making some great digs and making some great decisions. And in set two, when we were up, 23-21, we just made some bad choices with the ball.

Gilmour owned a 23-21 lead in the second set, before Padua closed out the frame with four straight points. And the fourth set was tied, 22-22, before the Lady Bruins closed out the match on a 3-1 run.

Coughlin said his Lady Lancers played not to lose rather than playing to win.

“We didn’t challenge them in the right moment, and that was just a lack of playing in a big game, a lack of playing a tough team,” he said. “That’s where we grew up a lot. I said after the game, ‘Raise your hand if there’s one or two balls that you would play differently or do differently that would change the outcome of the game.’ And they all raised their hand.

“And I said, ‘That’s what we had to learn from – doing something different to score a point versus just putting a ball back in play and hoping the other team screws up.’”

Specifically, Gilmour 6-foot-1 junior outside hitter Kathryn Randorf was on a terror with 16 kills on 22 attacks, not to mention she had three blocks and 11 digs, thanks to a lineup change that made her a six-rotation player in the latter three sets.

But the Lady Lancers continued to set her late in the second and fourth frames, when she was getting triple-blocked at the net, instead of making the uncomfortable sets to opposite hitters Jocelyn Carter, a 5-foot-10 senior, and Anna Rarick, a 6-foot sophomore.

“Our setters reverted back to comfort sets versus making the set that needs to be made,” Coughlin said. “When we were up, 23-21, instead of them flipping the ball behind them to Jocelyn or Anna, they put a two ball in the middle of the court where Kathryn was being triple-blocked. That’s just silly.”

Carter did have 12 kills on 18 attacks and Rarick had 10 kills on 16 attacks, while 5-foot-11 junior outside hitter Sabrina Gremm has 12 kills and 5-foot-11 senior middle Brinn MacLellan had eight kills.

While the Lady Lancers do play most of the best teams from Northeast Ohio, they don’t play the top teams from Columbus and Cincinnati like Padua does on a weekly basis.

NDCL is always a top program, but the Lady Lions primarily funneled their offense through 6-foot-1 sophomore Caroline Jurevicius, whom Gilmour held to 10 kills on 42 attacks, while NDCL’s next leading hitter was senior Missy Sterkel, who had eight kills on 26 attacks.

“NDCL’s a big rivalry game for us, so going into that game we were just really excited,” MacLellan said. “Last year when we played them, they didn’t have Caroline Jurevicius. So, we beat them, but it wasn’t their best version of their team. And it was really important to beat them this year with her on the floor.”

Where the Lady Lancers outdid both NDCL, 79-48, and Padua, 83-59, was in the dig department, with Gilmour 5-foot-8 senior libero Emmy Klika, a University of Pittsburgh commit, keeping 31 balls alive in each match.

“We could anticipate where they were going to go most of the time, whether they were in system or out of system,” the elder Klika said of NDCL. “It did make our defense come a little bit easier because we came up with a strategy beforehand and knew where our blockers would best most of the time.”

The Lady Lancers didn’t have that luxury against Padua, which had the same variety of hitters as their own squad over in Gates Mills.

But after Gilmour lost that opening frame, 25-18, coach Coughlin went with a defensive-heavy lineup that also included Randorf getting 11 digs and Rarick retrieving 13 digs, which seemed to be the right formula to going swing for swing against one of the best teams in the country.

“Obviously we started off pretty slow and I think it took us a little bit of time to catch up to their offense,” the elder Klika said. “Obviously they run their system super-fast. But the next three sets were all within two or three points.

“So, it was a highly competitive game, and I remember just being on the court with it being super emotional. Every point felt like the biggest deal. Every point everyone was just going crazy no matter the circumstance.”

Carter and MacLellan also helped ignite the defensive effort with four blocks apiece at the net, which paved way for the Lady Lancers’ 25-22 triumph in that third set against Padua.

And while the Gilmour spikers weren’t thrilled about losing the match, they understood the lessons they gained, MacLellan said. Padua hasn’t lost a match against a Northeast Ohio opponent since 2017.

“I know us seniors really wanted to win that game, because it was our last chance to beat Padua,” MacLellan said. “We’re not super satisfied with the way it went, because our sense of urgency wasn’t really where it needed to be against a team of that nature, and we think we could have changed the outcome of the game had we not made so many mental errors.”

The Gilmour girls will lean on the lessons they learned from that game over the next month, when it counts, Coughlin said.

The Lady Lancers did rebound with 3-0 sweeps against Hudson on Saturday and Division II No. 18-ranked Beaumont on Tuesday.

Gilmour still has matches lined up against Division I No. 8-ranked St. Joseph Academy and Division II No. 5-rankd Holy Name to finish the regular season.