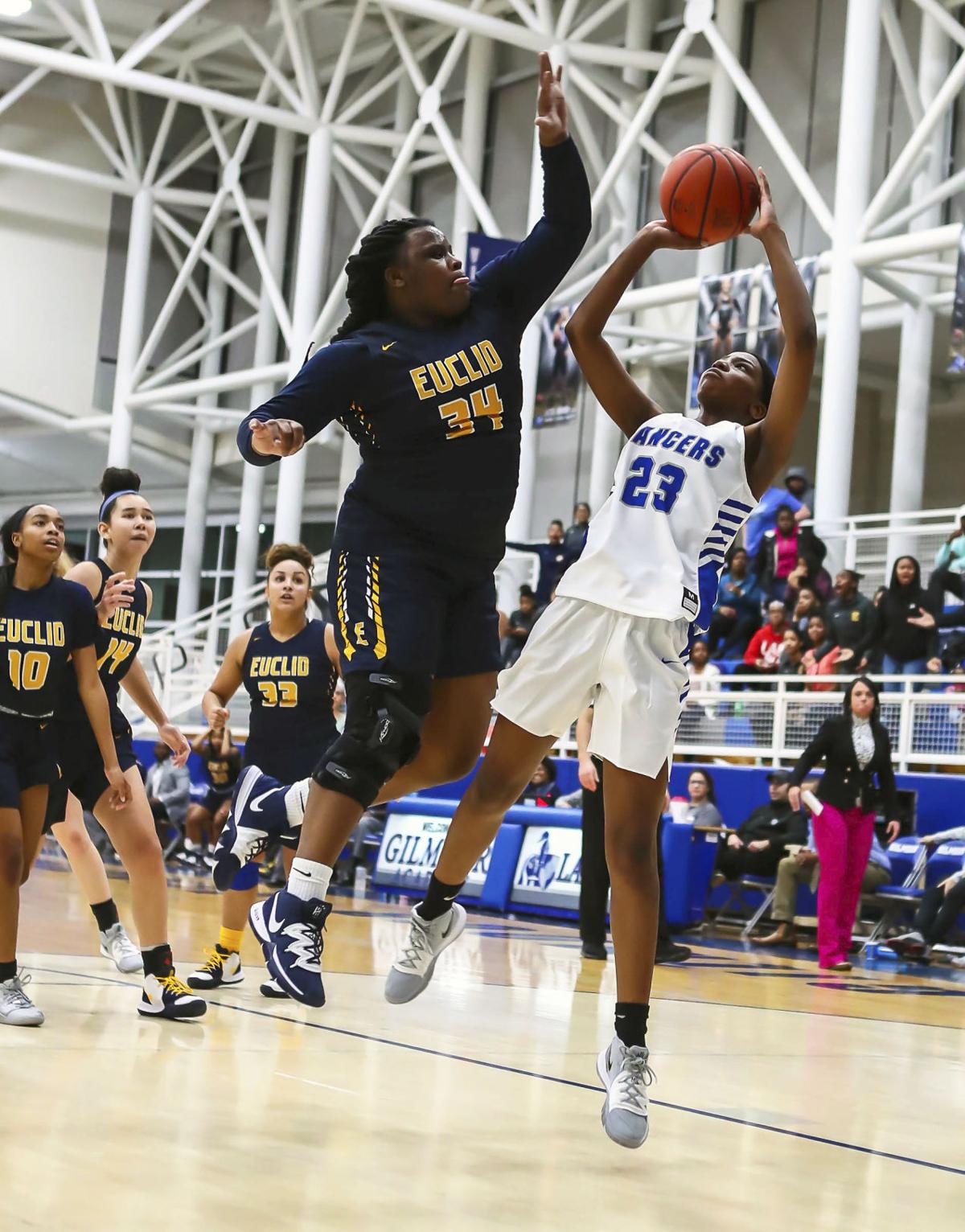 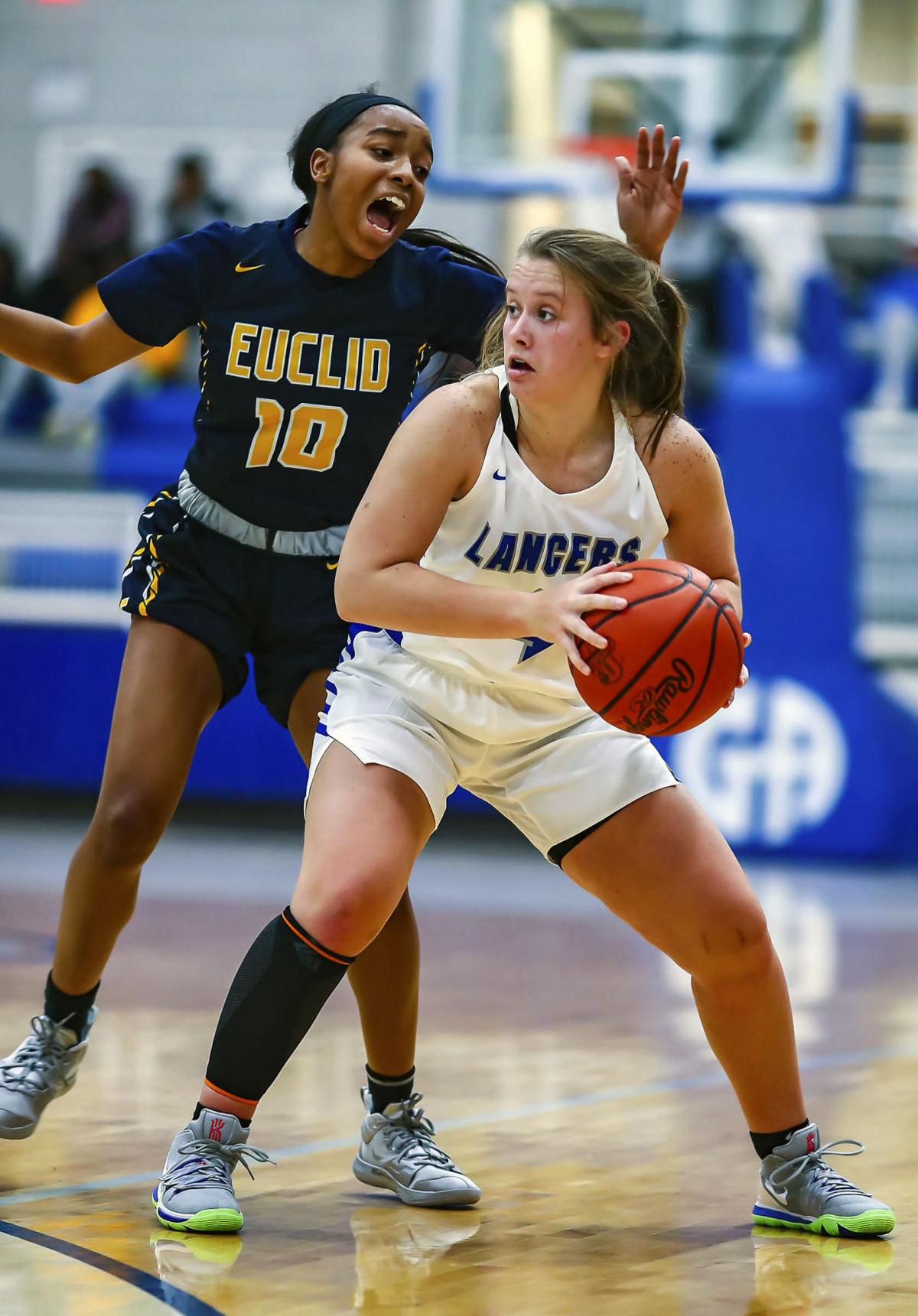 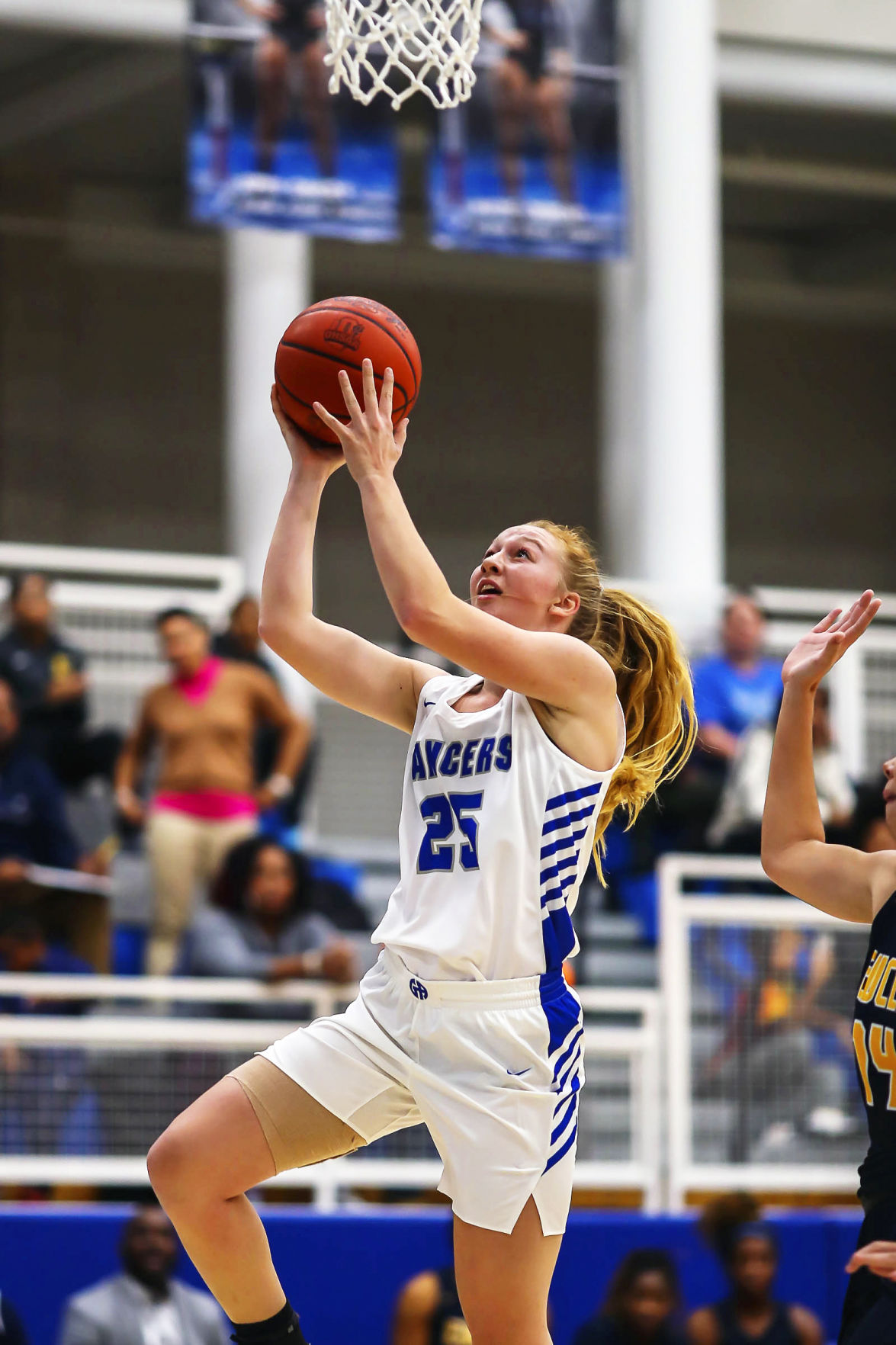 Gilmour Academy didn’t shy away from a formidable Division I opponent during the Lady Lancers’ season opener against Euclid on Saturday night at their home basketball court in Gates Mills.

Euclid is coming off a 15-8 district runner-up campaign with 6-foot junior post Alexis Reese as the Lady Panthers’ top option on offense, after averaging 18 points per game as their second option last season.

But with Puletti triggering a career-high 30 points on 10-of-15 shooting from the field, including three-of-seven from deep, and with Bender sinking 19 points on eight-of-17 shooting, the Gilmour girls held off a late surge by Euclid for a 65-59 victory.

“I just liked how hard this group plays,” said Gilmour second-year head coach Julie Solis, who has a 335-116 record in 18 years of coaching. “They’re going to make some mistakes. We have some young kids. But I like their effort. To me, that’s a big piece of success.

“And then I feel like our senior post, Mariam Jallow, and our sophomore post, Cooper Flowers, did a really nice job. Because Euclid’s post player, she’s nice. She’s real strong. I’m just real proud of their effort in the paint.”

On the defensive end, that Lady Lancer tandem held Euclid’s Reese to 19 points on eight-of-19 shooting. Reese did finish with a game-high 17 boards, but 11 of them came on the offensive glass, mostly on her own misses.

“We always had to keep in touch with her,” coach Solis said. “We had to have contact with her at all times, because she is a physical player. So, we needed to make sure she knew of our presence as well.

“We did miss some box-outs on her. She does a really nice job if she does miss the first one of going to get the second one. Overall, I thought we banged with her, we didn’t back down, and, you know, she’s going to get her points. But I thought we contained her enough to be able to get the win.”

Gilmour trailed by as many as five points late in the second quarter and led by as many as 19 points early in the fourth quarter, but both teams came out swinging with nine ties through 11 minutes of play.

An offensive board by Bender led to second-chance points for Flowers off an assist from 5-foot-6 junior point guard Megan Duffy for a 21-21 deadlock with five minutes to play in the half.

In the first quarter specifically, Bender got the Lady Lancers going with eight of her 19 points coming. Through her offseason work, Bender extended her range, and she ran the floor particularly well against Euclid, Solis said.

“I think, early on in the season, both teams were making mistakes, and that’s typical of the first game,” Solis said. “We’re going to have some growing pains along the way, but, once we figure out how to be disciplined on the defensive end, I think we just are going to continue to get better.”

Midway through the second quarter, Euclid 6-foot senior Iyana Jenkins got going off the dribble on some spin fades from short range to score all nine of her points in the period and provide the Lady Panthers their largest lead of the game, 28-23.

“We were getting the ball up the floor and definitely capitalizing in transition,” Solis said. “I think we went on a stretch where we didn’t turn the ball over as much. So, after having some silly turnovers early on, we got the ball out in transition and felt like that was something we could do against them, and capitalize on some early-season conditioning.”

In addition to Puletti and Bender, point guard Duffy is a returning starter. She only scored two points against Euclid, but she dished out a game-high 10 assists as the floor general, a role the Lady Lancers needed to fill with the graduation of Corcoran.

Not to mention, the 5-foot-6 guard also grabbed five boards and had three steals against Euclid.

“(Duffy) passes the ball very well,” Solis said. “We’re going to keep her healthy this year. That’s our goal. She hasn’t played a full year of basketball; she’s been injured. So, I know she’s excited to be back and be healthy, and she definitely makes a big difference on our team.”

In the third quarter, Puletti started to take over with 13 of her 30 points coming in that period. She found the basketball in a variety of ways: assisted in transition, a fast break, off the dribble, a baseline inbounds and a trey. Gilmour took a 51-36 lead at the end of the quarter.

“That’s something she didn’t have to do as much last year, because she had Anni (Corcoran) with her. That’s definitely going to take her game to another level. I’m proud of her leadership. I’m proud of the things she did in that first game.”

Gilmour took its largest lead, 55-36, when Stover grabbed an offensive rebound for a Bender bucket, and then Duffy fed Puletti on another baseline inbounds pass to open the fourth quarter.

Although Stover came off the bench, she played starter’s minutes with six points, six boards, five assists and three steals, not to mention her length and quickness on defense to generate a spark no coach would turn down.

But Euclid went on a 16-0 run to cut its deficit, 55-52, with 3:30 to play, thanks to Reese’s work down low and the hot hand of senior guard Taylor Curtain knocking down a pair of triples.

“I believe we got a little content when we got that kind of a lead,” Solis said. “I think their pressure bothered us there, where they were able to make that run on us. But then I think we refocused and persevered by breaking down the pressure and getting some buckets off of it.”

Puletti sank all four of her free throws down the stretch to finish seven-of-eight from the stripe and help put the game to bed.

Up next, the Lady Lancers will host Cornerstone Christian Academy at 7 p.m. Dec. 4 in Gates Mills.