Blossom Time is not immune to coronavirus cancellations 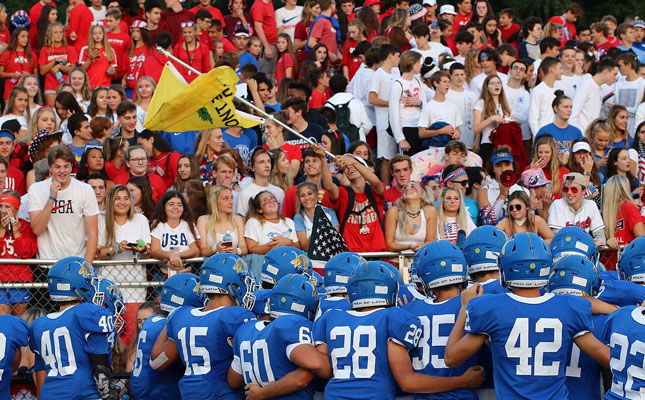 Decked out in patriotic attire, Notre Dame-Cathedral Latin School students packed the student fan section to cheer on the Lions prior to the start of last Friday’s home-opener against the Canfield Cardinals. The Lions defeated the Cardinals 38-0. 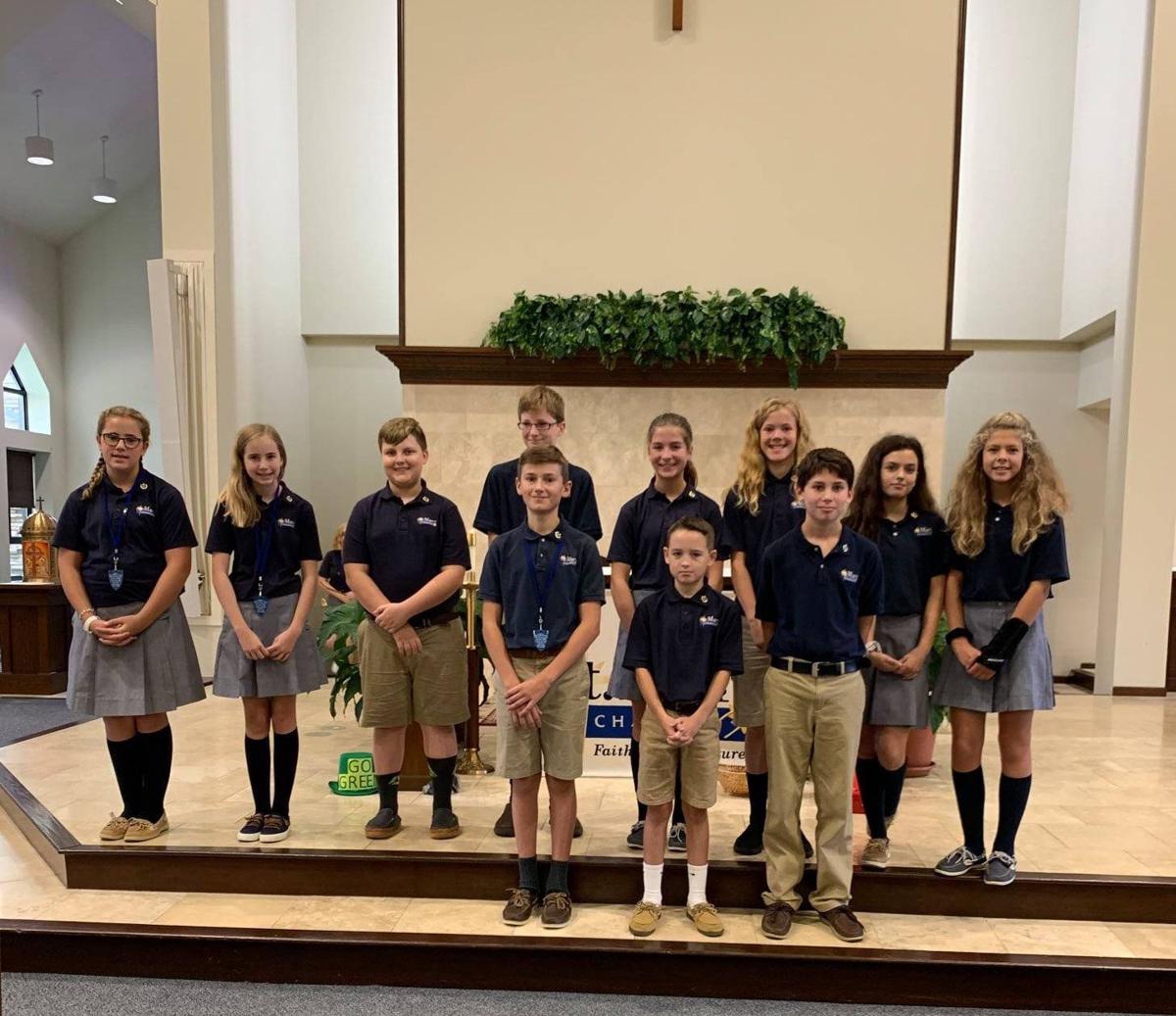 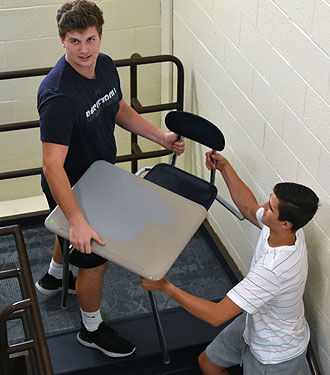 Notre Dame-Cathedral Latin School junior Josh Seibert, 16, of Concord, left, and senior Ryan Owendoff, 17, of Chagrin Falls form part of the “Lion conveyor belt” that moved all desks from the second floor of the school to clear the building for the arrival of new classroom furniture on Sept. 19.

Decked out in patriotic attire, Notre Dame-Cathedral Latin School students packed the student fan section to cheer on the Lions prior to the start of last Friday’s home-opener against the Canfield Cardinals. The Lions defeated the Cardinals 38-0.

Notre Dame-Cathedral Latin School junior Josh Seibert, 16, of Concord, left, and senior Ryan Owendoff, 17, of Chagrin Falls form part of the “Lion conveyor belt” that moved all desks from the second floor of the school to clear the building for the arrival of new classroom furniture on Sept. 19.

As part of the Founders’ Week celebration on campus last week, Gilmour Academy students, faculty and staff built an Inclusiveness Canopy on campus near St. Mary’s Lake to bring the school year’s theme of inclusiveness to life.

Each member of the student body, along with faculty and staff, wrapped string around poles with identifiers that resonated with them. Examples of the identifiers include “I am passionate about the arts,” “I have lost a loved one,” “I was born outside of Ohio” and more.

As participants strung their string, they were able to see firsthand the ways they are like their classmates and teachers as well as the ways they are different. Those similarities and differences are what allowed this project to move from empty poles in the ground to a colorful canopy.

Over the past 23 years, the Knights have awarded over $700,000 to Catholic high school students throughout Ohio. An application form and additional details are available online at kofcohio.org/programs/scholarships.

Notre Dame Elementary School students can now enjoy using buddy benches to spend time with friends, new and old, and take a moment to relax. The benches were purchased by the Notre Dame Parent Association and were assembled with the help of the Paglia, Effner and Felice families.

Notre Dame Elementary School spotlights its new preschool space for gross motor activities. Students have enjoyed using the sensory walk in the resource room, playing outside and using the multipurpose room to explore and learn.

On Sept. 13, students at St. Helen School in Newbury celebrated Grandparents Day with songs, pictures and treats, following their morning Mass. Grandparents got to see the school’s classrooms and received gifts to remember the day.

After Mass, students in kindergarten through second grade sang “He’s Got the Whole World in His Hands” with altered versus just for their grandparents, and third- and fourth-graders recited a poem to celebrate what makes a grandparent special. Afterward, the grandparents were able to enjoy a snack and take a picture with their grandchildren at a photo booth.

Right on time at 9 a.m. on Sept. 19, the first of four shipping containers loaded with new student tables and chairs arrived on Notre Dame-Cathedral Latin School’s campus. With the quick work of students and staff, as well as the installation crew from Martin Public Seating, nearly every classroom was transformed into a contemporary, flexible and more comfortable learning space by Friday afternoon.

Prior to the new furniture’s arrival, students and teachers emptied the building of nearly all existing furniture, most of which will be donated to Catholic schools in Cleveland.

Led by Assistant Principal Chris Poulos, with the help of academic coach Andrew Mooney, students and teachers cleared out the building in just over two hours. Some of the old desks were well over 70 years old. Originally purchased for Notre Dame Academy on Ansel Road in Cleveland, they were brought to the campus when the Academy moved to Munson Township in 1963.

The weekend of Sept. 20-21, Glen Oak School alumnae gathered to celebrate the 50th anniversary of the school’s opening in 1969 as an all-girls school. Glen Oak became the Gilmour Academy Lower School in Gates Mills in 1986, 13 years after its opening.

The weekend activities included separate dinners for each class at homes and restaurants throughout Cleveland, presentations on the founders of Glen Oak, a tribute to late alumnae with a memorial tree planting, class photos, lunch and a tour of Gilmour Academy’s new nature-based learning program. The events concluded with evening cocktails and a buffet dinner.

The 196 members of Notre Dame-Cathedral Latin School’s Class of 2023 accepted their role in advancing the school’s mission and core values during the traditional Freshman Induction Ceremony the evening of Sept. 18 in Regina Mundi Chapel of the Notre Dame Education Center.

To symbolize their new status in the school community, freshmen received personalized framed replicas of the TRANSFORM mural in the NDCL lobby as well as NDCL insignia lapel pins from NDCL President Michael Bates and Principal Joseph A. Waler.