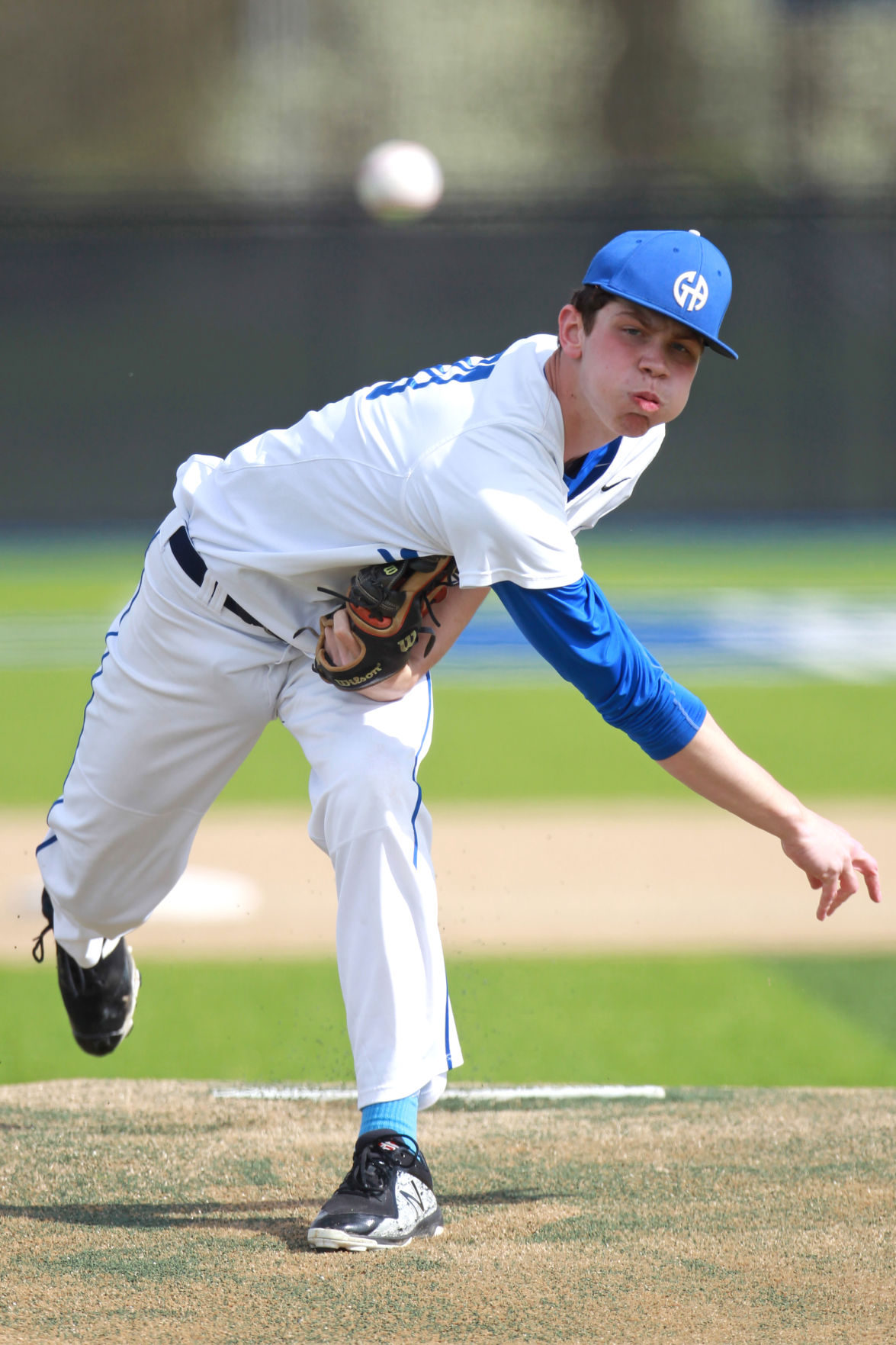 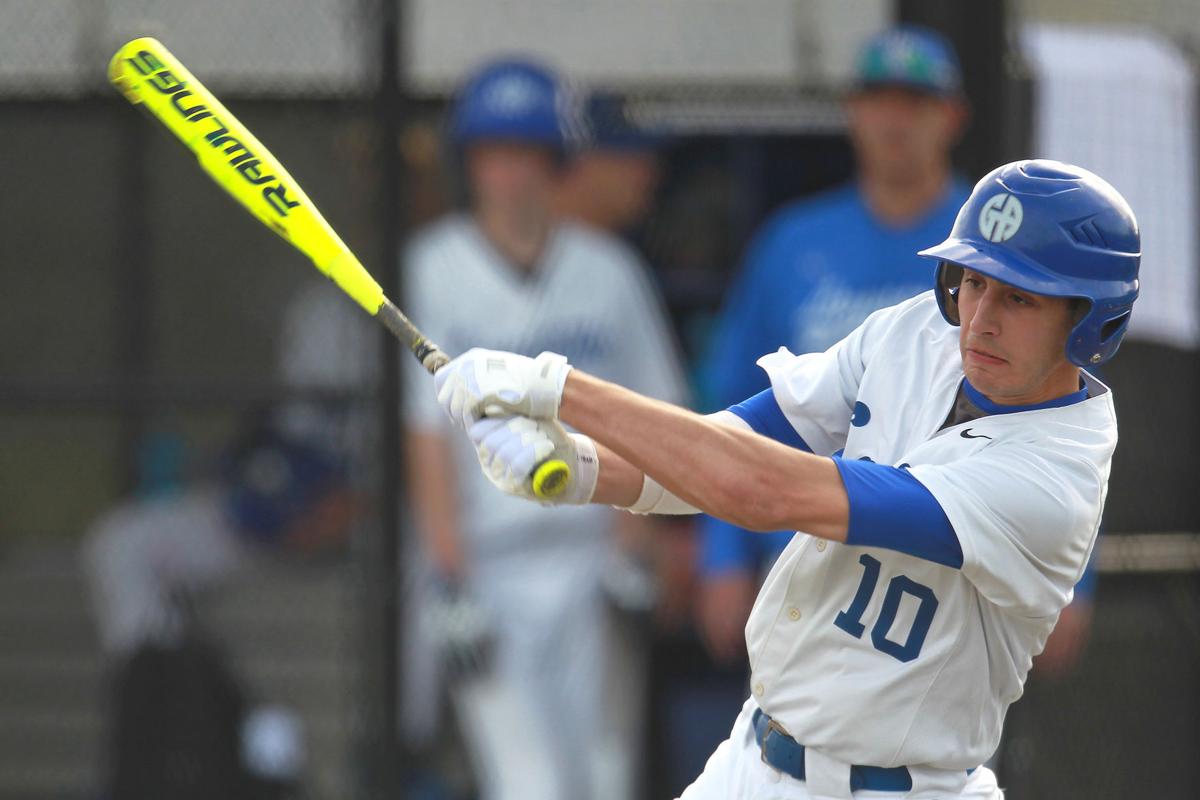 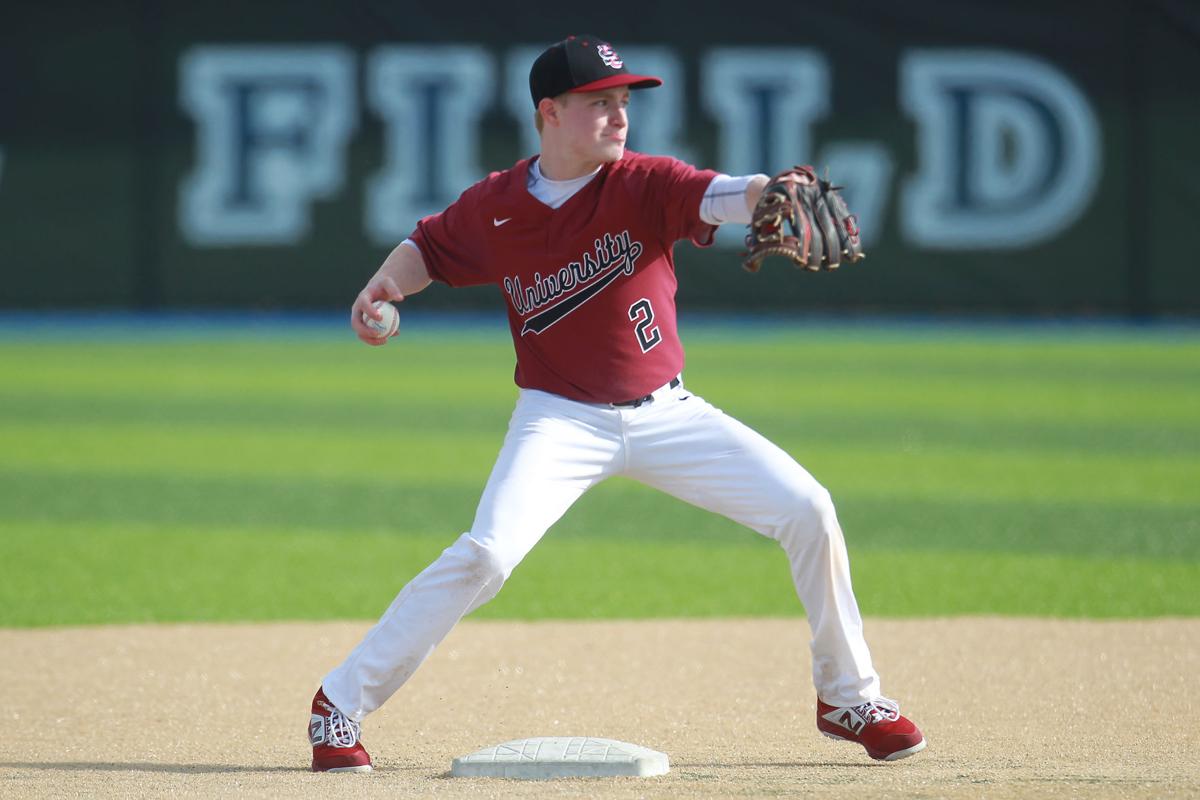 Just as soon as the Gilmour Academy baseball team jumped to No. 1 in the Division II state coaches poll, the Lancers had their 18-game win streak snapped by that team down the street.

After defeating University School, 13-0, last Thursday and then St. Vincent-St. Mary, 13-7, behind a grand salami by senior Nick Christopher, on Saturday, the Lancer sluggers improved to 19-1 and garnered a No. 1 ranking when the second Ohio High School Baseball Coaches Association poll was released Monday.

Also on Monday, the Gilmour boys traveled 2 miles south on SOM Center Road only to suffer a 4-1 loss against rival University School (8-12-1) on the Preppers’ home diamond in Hunting Valley.

Holding Gilmour Academy’s bats to one run for the first time this season, University junior Mike Grassi tossed 5 1/3 innings with 64.4 percent of his 87 pitches going for strikes to earn the victory. He yielded three hits, one run and two walks while striking out seven of the 21 Lancer batters he faced.

US sophomore Drew Schlegel earned the save with 1 2/3 innings of relief. He got the call to the mound with one out and the bases loaded in the top of the sixth and surrendered only a sacrifice fly to Gilmour’s Christopher.

Offensively, University took a 2-0 lead in the first inning with a leadoff walk by junior Ty Moses, an RBI double by senior three-hole hitter Brett Rogers and an RBI single by cleanup Grassi.

Gilmour junior starter Ty Plucinsky pitched his way out of a bases-loaded jam in the bottom of the third inning, but then the Preppers’ offense heated up again for two more runs and a 4-0 lead in the fourth.

US junior Alex Niederer drew a four-pitch walk from the eight spot, senior Gabe Teel singled to left, Moses hit into a fielder’s choice for the second out, senior Trevon Sadler lined an RBI single to center and Rogers reached base on an infield error that allowed Moses to score.

Although Gilmour’s program mark of 18 straight wins came to an end, the Lancers have bigger fish to fry with the No. 1 seed in the 12-team Division II Gates Mills District tournament, which they’re hosting at their Figgie Field at Sharnsky Stadium. The Lancers will open postseason play against either No. 8 Jefferson Area or No. 9 Conneaut at 5 p.m. May 15.

The 1993 team, when assistant coach Bill Schneider, a 1995 graduate, attended the school, did not win a district title.

The 1984 team did capture a district crown, before losing a 5-4 Class AA regional semifinal game against Garfield Heights Trinity. The Lancers were led by Matthew Figgie’s 57 stolen bases and Tom Shaw’s 1.06 ERA in 53 innings pitched that season. In his four-year high school career, Figgie stole a perfect 170-of-170 bases.

Although Figgie’s program marks for steals is safe, Shaw’s single-season ERA record is in jeopardy.

Gilmour 6-foot-5 sophomore Penn State commit Ben DeMell owns a 7-1 record on the mound with a 0.45 ERA in 46 2/3 innings pitched as a starter this season, surrendering just three earned runs, 16 hits and 11 walks while striking out 60 batters. He’s averaging 13.7 pitches per inning.

During that 13-0 shutout against University School in the first part of the rivalry series last Thursday, DeMell needed just 57 pitches to get through five innings for the mercy-rule victory. He surrendered one hit.

Perhaps the most noteworthy notable from that game, cleanup batter Christopher hit the 24th double of his career to lead off a five-run fifth inning for the Lancers, besting 2015 graduate Ethan Pawlak’s program record of 23 career doubles.

Two days later, Christopher was the man of the hour when he blasted a grand slam in the Lancers’ come-from-behind home victory against St. Vincent-St. Mary (9-11) on Saturday. The Fighting Irish built a 7-0 lead, before Gilmour answered with eight runs in the bottom of the fifth and added five more in the sixth for the 13-7 victory.

The younger Bandwen got aboard on an infield error to leadoff that fifth inning, before Hollis lined a single to center, junior nine-hole hitter Marco Costabile walked, junior Matt Christopher hit a two-RBI single, Krebs reloaded the bases on a single and DeMell was hit by a pitch to bring home a run and keep the table set with no outs.

Then, on a 0-1 count, the elder Christopher went yard to right on his grand salami to tie the game, 7-7, before junior Garrett Olsen drew a four-pitch walk and Hollis hit the eventual game-winning RBI double, 8-7.

DeMell hit a two-run homer to help put the game away in the bottom of the sixth.

While the elder Christopher stole the offensive fireworks, the younger Christopher earned the victory with 2 2/3 innings of relief, surrendering one run and striking out six batters.

Then, after their 18-game win streak was snapped by US on Monday, the Gilmour boys lost their second straight, 4-2, against Riverside (11-10) on Tuesday, when DeMell surrendered two earned runs in six innings pitched for his first loss on the mound this season.

Up next, the Lancer sluggers will finish up their regular season with a road test against Archbishop Hoban (7-12) at 5 p.m. Thursday, before hosting Benedictine (17-6) at 4:30 p.m. May 13. Benedictine owns the No. 1 seed in the Division II Twinsburg District.