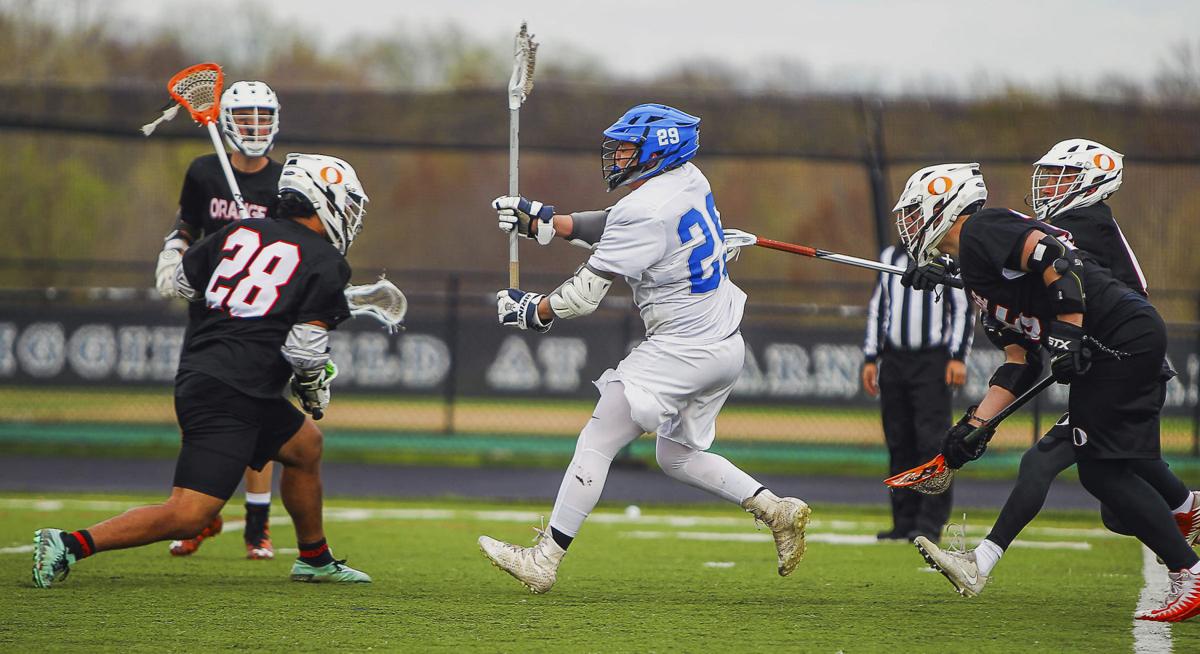 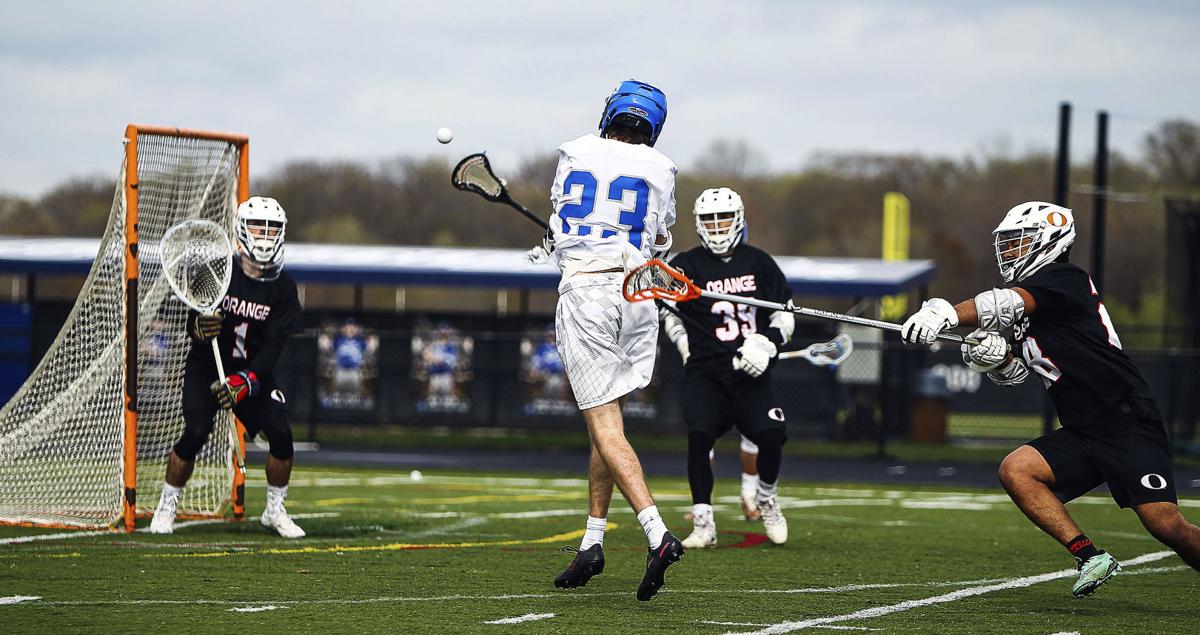 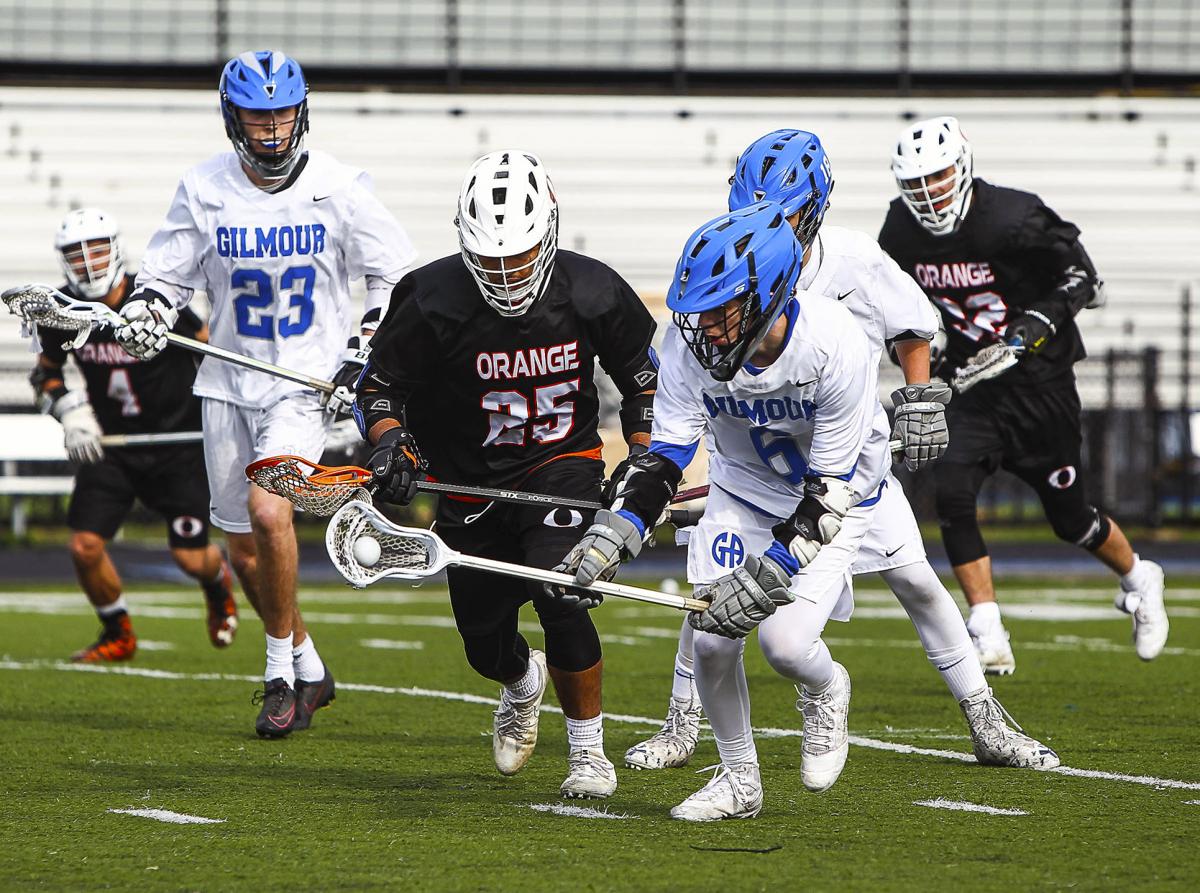 After falling victim to a one-goal loss against Lake Catholic on April 10, the Gilmour Academy boys lacrosse team wasn’t going to suffer the same fate in a pair of nail-biters against Cleveland Heights and Walsh Jesuit.

Despite surrendering a three-goal lead in the fourth quarter of a home battle against Heights on April 18, the Lancer laxers persevered in a double-overtime victory, 7-6, thanks to senior midfielder Cisco Martinez’s game-winner.

Then in a road affair with Walsh Jesuit on April 24, the Gilmour boys again owned a three-goal lead entering the fourth quarter, but sophomore goalie Kessel Richards came up with nine saves, including a pivotal rejection in the closing seconds, to avoid overtime and preserve a 9-8 victory.

And after putting an 18-1 hurting on Orange Friday night at Weber Stadium in Gates Mills, the Lancers improved to 7-1 and are well on their way to their best campaign under third-year head coach Jim Scully.

“I have incredible respect for Chris Ticconi,” Scully said of Cleveland Heights’ head coach. “He had 14 guys, and they just played their butts off. They have solid athletes, they have a solid keeper, and we just couldn’t get away from them. We were up, 6-3, and they just climbed back and tied it up with about three minutes left.”

Heights had a shot go off the pipes in the first overtime, before Gilmour’s Martinez ended it in double OT with his fourth tally of the evening. Although his primary position is midfield, the lefty took a check to his thigh and moved to attack with a charley horse limiting his mobility.

“I don’t say this very often, but they deserved to win,” Scully said of Cleveland Heights. “They were 5-3 coming into our game, and we have a ton of respect for just how hard they played.”

A multisport athlete, Mendels is committed to continuing his soccer career at Division III Clark University in Worcester, Massachusetts. He’s back on the lacrosse field this spring after not playing since his freshman season.

“He didn’t score, but he was all over the field for 52-plus minutes, tireless effort, up and down the field,” Scully said. “It’s a guy like that who gets you in a position to win a game that could have gone either way.”

With the Lancers controlling the faceoff and groundball departments, it was pretty telling about the talent of Heights’ defense, Scully said.

“We just weren’t clicking against them,” the coach said. “We were without Jesse Galassi, and I guess you could say we were struggling a lit bit without that senior attackman.”

Upon his return, Galassi scored a hat trick with an assist during the road battle against Walsh Jesuit, including the eventual game-winning tally against a Warrior team that entered the contest at 7-4 with some stiff out-of-state competition.

Walsh runs a fluid offense with a lot of back-cutting that tries to catch opposing defenses ball watching to score its goals, Scully said. Some late-game heroics by Gilmour’s Richards between the pipes staved off the Warriors’ late surge.

“The largest margin was 9-6 going into the fourth quarter,” Scully said. “We foraged a three-goal lead, and they cut it with two fourth-quarter goals to 9-8, and our guy Kessel Richards made a great stop with about nine seconds left. They had a really good look, and Kessel was on it, and that was the ballgame right there. It was a really, really closely fought, closely contested game from beginning to end.”

In particular, Sullivan has 11 goals and a team-high 12 assists in seven games.

“He’s the quarterback,” Scully said. “He can dodge left and right with equal confidence. He’s kind of that unique type of attacker where you can’t tell if he’s a lefty or a righty. He stings it with both hands coming around the pipes, and his head is always up. I think that’s the attribute I like about him the most.”

After squeaking by Cleveland Heights and Walsh Jesuit, Gilmour put that 18-1 rout on Orange, taking a 9-0 lead at the quarter mark and a 14-1 upper hand at intermission in a bench-emptying effort.

The Lancers still took the same get-better-get-worse approach for that game, Scully said.

“We talk about trying to get better with our systems, our clear and our ride, and our six-v-six offense and our team defense,” he said. “We’re not abandoning those systems, whatever the circumstances. So, when we started to bring kids in pretty early in that game, it was nice to see us try hard to run our sets and run our systems.”

Scheduled for a road battle against Akron Archbishop Hoban (12-1) on Wednesday night, the Lancers were the heavy underdogs.

Up next, Gilmour will travel to take on St. Ignatius’ Blue team at 6:30 p.m. Friday, before returning home to host Chardon at 5 p.m. May 6.