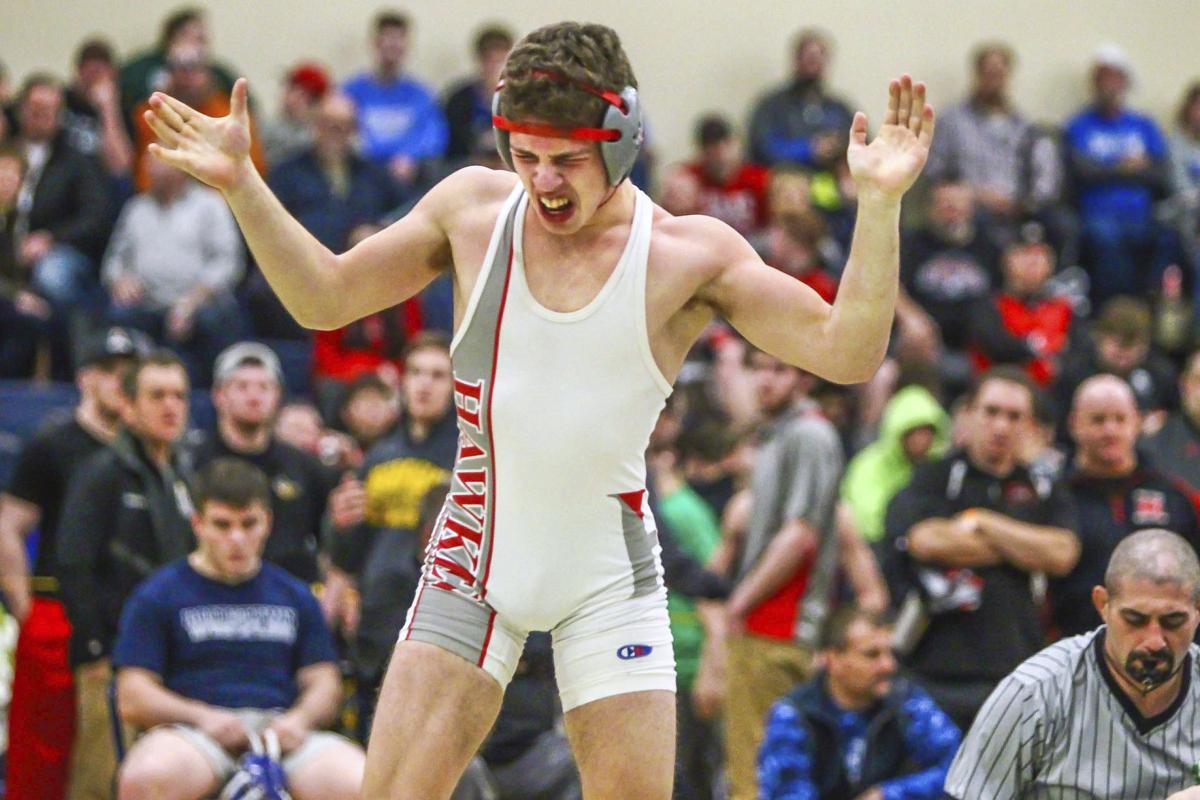 Hawken School 126-pound senior Jackson Reineke defended his title during the 50th Hawken Invitational Tournament on Friday and Saturday at his home mats in Chester Township. 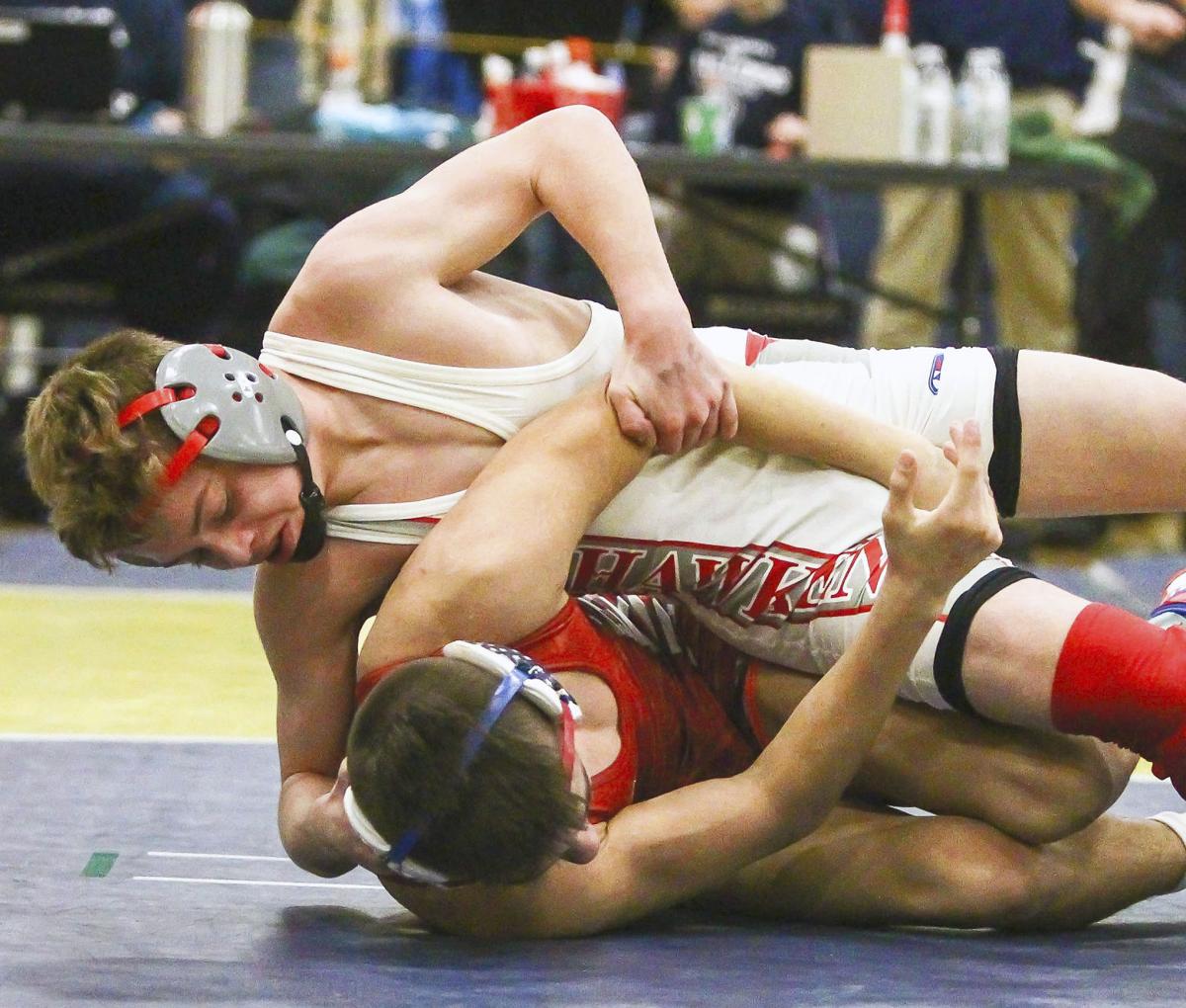 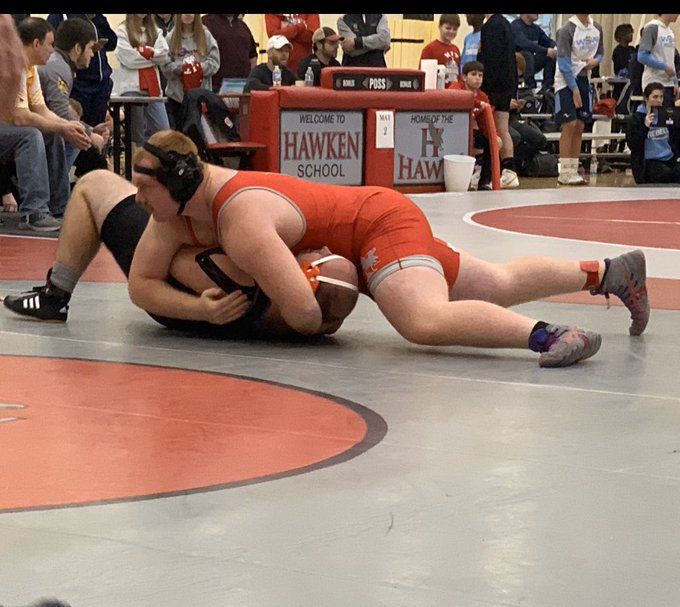 Hawken senior heavyweight Will Lindsey (top) sticks Normandy senior Matt Hardy for the count during the semifinals of his home tournament. 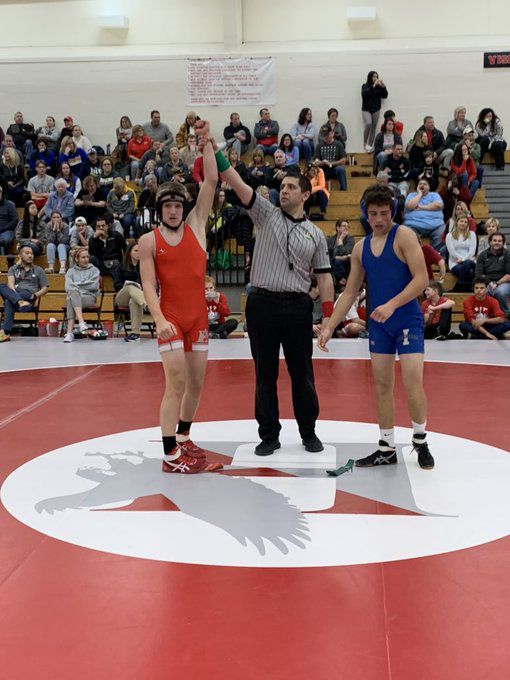 Hawken School 126-pound senior Jackson Reineke defended his title during the 50th Hawken Invitational Tournament on Friday and Saturday at his home mats in Chester Township.

Hawken senior heavyweight Will Lindsey (top) sticks Normandy senior Matt Hardy for the count during the semifinals of his home tournament.

Everybody knows about Hawken School senior heavyweight Will Lindsey and the Reinke bros, senior Jackson and sophomore Patrick, at least those paying attention to Northeast Ohio wrestling.

Lindsey and the elder Reineke became the first Hawken matmen to win district titles in 20 years during last season’s Division III tournament, while the younger Reineke went dancing with them and earned himself a state podium spot in Columbus.

But grappling enthusiasts might want to add sophomore Jacob Hlifka to their watch list after the 50th edition of the Hawken Invitational Tournament on Friday and Saturday in Chester Township.

Hlifka kicked off his season by going 4-0 at his home tournament to join Lindsey and the Reinekes as HIT champions, not to mention the Hawks also had three other matmen record top-six places in the 16-team gathering.

Despite a lineup that included wrestlers in just six weight classes, Hawken finished fourth as a team with 131 points. Division I Brecksville-Broadview Heights won the team title with 177 points, while Benedictine was runner-up with 154 1/2 points and Cleveland Central Catholic took third with 140 points.

Hawken’s Hlifka, who finished his freshman campaign at sectionals with a 25-17 record at 126 pounds, moved up two weight classes and opened his HIT run with a third-period pin against Warrensville Heights’ Durell Carter.

Hlifka then went on to defeat Parma Normandy senior Nathan Whiteman by an 8-3 decision in the quarterfinals and Brecksville-Broadview Heights sophomore Grant Cozza by a 12-7 decision in overtime during the semifinals.

In his title bout, Hlifka put Independence freshman Luke Pascarella on his back for the count in the second period for his title.

Heavyweight Lindsey, meanwhile, returned to action on the heels of a 47-3 campaign that included one victory on the big stage in Columbus. He enters this season ranked fourth among Division III contenders in his weight class, according to Inter Mat Ohio Wrestling. The top five heavyweights at last year’s state meet all graduated.

And Lindsey wasn’t messing around when he opened his senior campaign during the HIT, pinning Brecksville-Broadview Heights freshman Lucas Walendzik in five seconds and Normandy senior Matt Hardy in 54 seconds.

The elder Reineke returned on the heels of a 43-6 junior campaign that concluded with a fifth-place finish at 120 pounds at the big dance as the highest-placing Hawken wrestler since Jeff Walton finished state runner-up at 171 pounds in 1999.

Moving up a weight class, Reineke enters this season ranked fourth in the state at 126 pounds.

During the HIT, Reineke pinned Independence sophomore Joe Botzman in 14 seconds and Willoughby South junior Dylan Ward in 2:28, before winning a 10-7 decision in his title bout against Pymatuning Valley senior Jacob Edelman to defend his home tournament crown from a year ago. A returning Division III state qualifier, Edelman is ranked seventh in the state.

And the younger Reineke returned to action after putting together a 43-10 campaign as a freshman, which concluded with two wins at the state tournament to finish eighth on the podium at 106 pounds – despite being several pounds under his weight-class limit.

Still at 106 pounds to open the new season, the younger Reineke is ranked first among Division III contenders in the state, according to Inter Mat Ohio.

During the HIT, Reineke pinned Independence freshman Sammy Sidor in 29 seconds and Willoughby South freshman Teddy Griffin in 1:25, before winning a 5-3 decision against Brecksville-Broadview Heights freshman Chase Pluhar in the title bout to defend his crown from a year ago.

Leizman’s HIT tournament was highlighted by a 2-0 decision against Villa Angela-St. Joseph sophomore Phillip Pavlica, while Doyle and French both had three pins. French was a district qualifier for the Hawks last season.

McClintock, the lone returning district qualifier for the Tiger matmen, opened his new campaign with a tech fall against Cardinal sophomore Chase Simak and a 13-8 decision against Willoughby South sophomore Brody Sherman, before losing an 8-5 decision against Beachwood senior James Flowers.

McClintock wrestled back with a 4-2 decision against Hawken’s Doyle and a third-period pin against Independence junior Nathan Coudriet to place third.

Meanwhile, Maciech’s tournament was highlighted by three pins and a 17-10 decision against Normandy junior Jacob Lampa, while DiPadova collected two pins, including one against Independence freshman Sammy Sidor in the fifth-place bout. Sidor had previously defeated DiPadova, 8-6, in an opening bout before DiPadova got redemption.