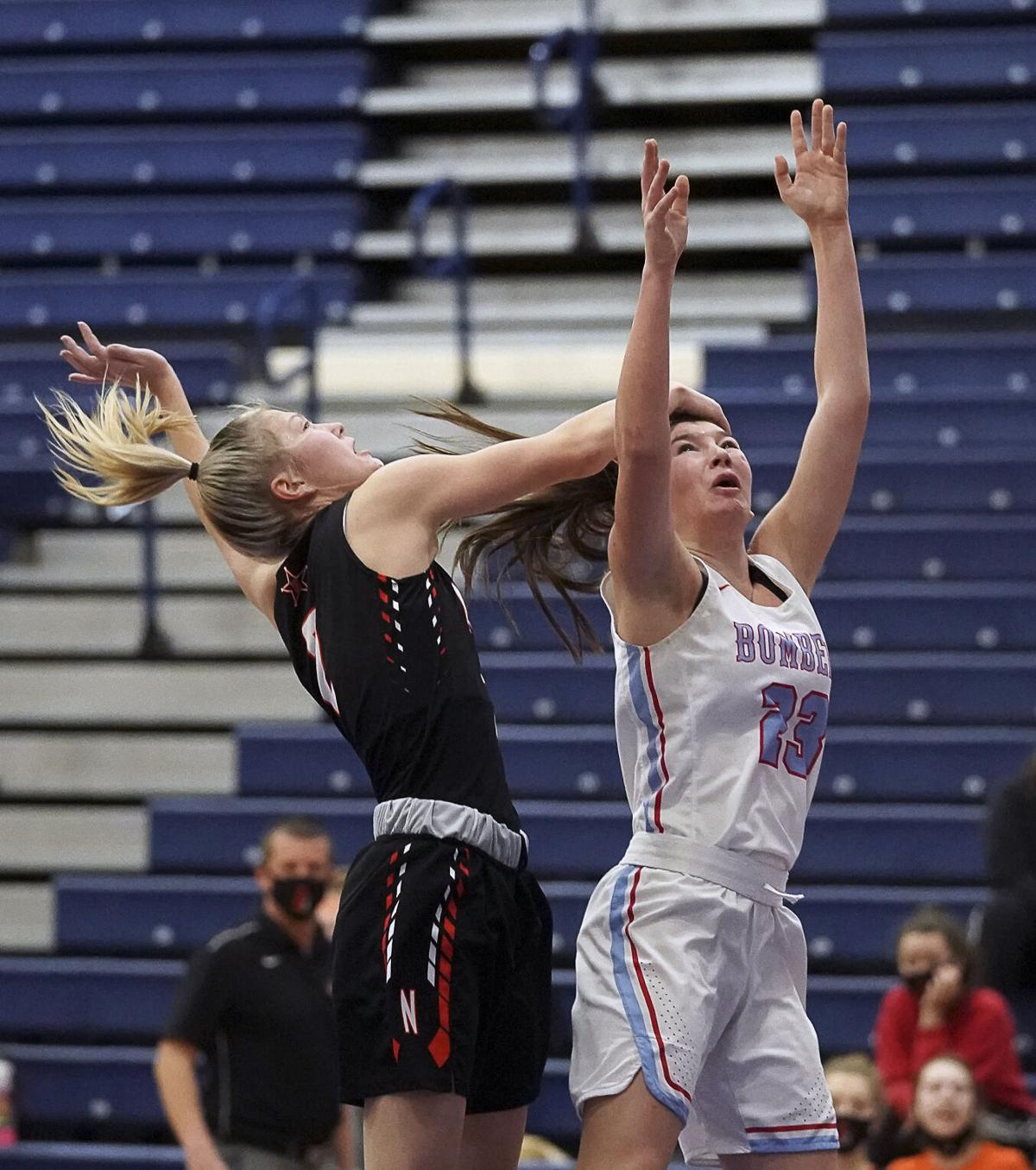 Kenston sophomore guard Sam Bergansky tries to go for the rebound during the Bombers’ victory over Eastlake North at Kenston last Saturday. 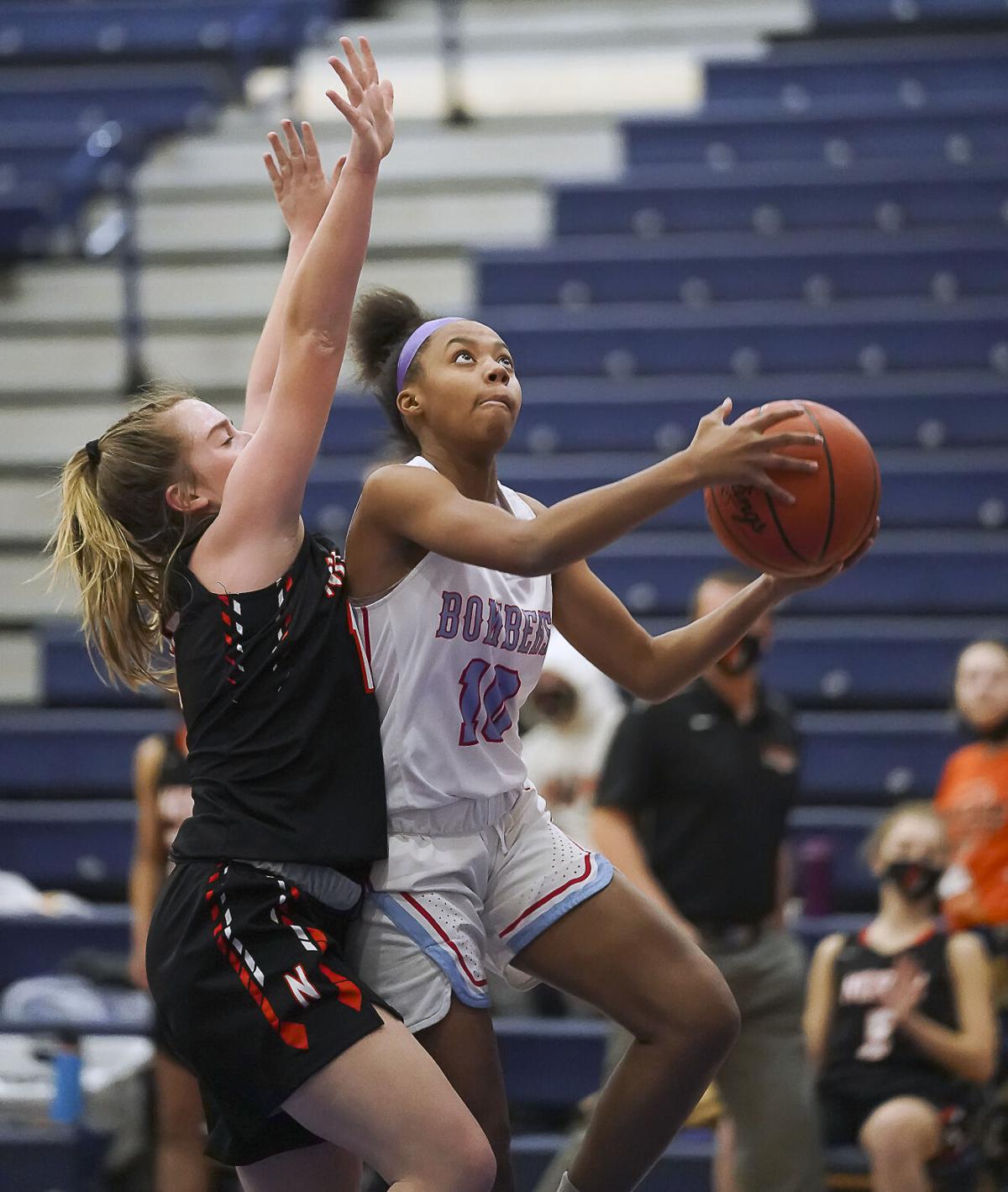 Kenston sophomore guard Sam Bergansky tries to go for the rebound during the Bombers’ victory over Eastlake North at Kenston last Saturday.

It was very easy for teams to sleep on the Kenston Bombers girls basketball team when the season began. The Bombers used that to their advantage as they opened up their Western Reserve Conference play by going undefeated in their first four games. The big test was yet to come for the upstart Kenston team.

The Bombers were set to host reigning WRC Champions the Eastlake North Rangers. This was a game that would truly tell where Kenston was at as a team. They were either for real or perhaps not quite where they wanted to be. The answer is that the Bombers should officially be considered one of the top threats in the WRC after they defeated the Rangers on Jan. 30 by a 49-39 margin in Kenston’s home court.

It was important for the Bombers to get off to a good start. Despite all of Kenston’s momentum the Rangers were entering the game with a more experienced squad. All that experience didn’t seem to matter as Kenston played its usual brand of stout defense to give Eastlake North all sorts of fits on offense and hold it to just seven points in the first quarter.

“We just needed to make sure we didn’t overload ourselves with trying to get ahead and just relax and shoot the shots that we got and keep our head up for open players who had better shots,” sophomore guard Sam Bergansky said.

While Kenston was doing its part defensively the offense was a little harder to come by. The Bombers held just a three-point edge entering the second quarter. The Rangers also showed that they could bring on the defensive end. In a battle of defensive intensity, the Bombers had the edge as Eastlake North did not hit a field goal until the 3:02 mark.

With the defense more than holding its own, Kenston needed a spark. Bergansky did her part to wake up the offense as she drained two triples in the second quarter to push Kenston out to 23-11 lead at halftime.

Head coach John Misenko had a little chat with Bergansky before the game. He knew that in order for his team to have a chance to win this contest he would need a big game from the sharpshooter. The Bombers’ sophomore answered the call as she swished four three-pointers in the first half. She finished the game with a career-high five triples.

The first half went well but the game was far from over. The Bombers needed to keep their foot on the gas. It’s been a bit of a challenge this year for Kenston as at times the team tends to lose focus and let its opponents back in the game. The Bombers continued to have the hot hand as Bergansky, sophomore forward Emily Kratzert and junior guard Catara DeJarnette combined for 15 points in the third quarter to open up a 19-point lead.

“I think the thing for us we played well early and then we just kept playing well,” coach Misenko said, “I don’t think we had a moment where we struggled to score or just couldn’t buy a bucket or anything like that. The biggest thing honestly I was most afraid of was coming out of halftime. I told my assistant coaches when we got out here ‘We need to survive the first two or three minutes of the third quarter in case they go on a run.’ We did that until the end of the third quarter.”

Eastlake North senior Avril Drew did everything she could to bring the Rangers back into the game as she scored the first 11 points for Eastlake North in the fourth quarter but it was too little too late.

“I don’t think we’ve been this close since my freshman year. It’s kind of crazy but it’s looking real good for us heading into sectionals and that actually hasn’t happened in a pretty long time,” said Kenston senior wing Kate Haynes.