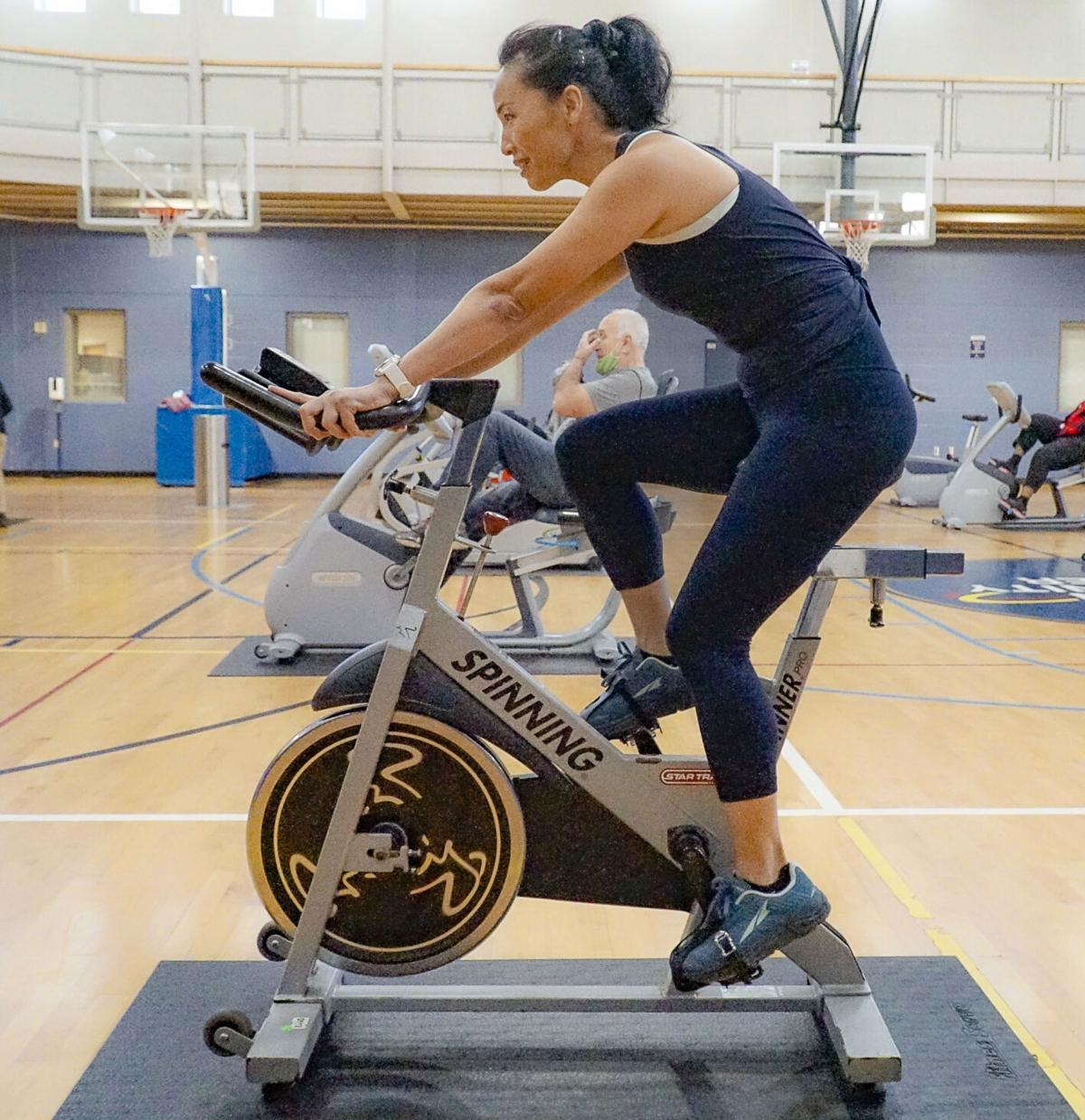 Solon resident Hua Zie is hard at work training daily at the Solon Community Center for this fall’s Iron Man competition in Maryland. Ms. Zie said it will be a dream come true to complete the rigorous triathlon. 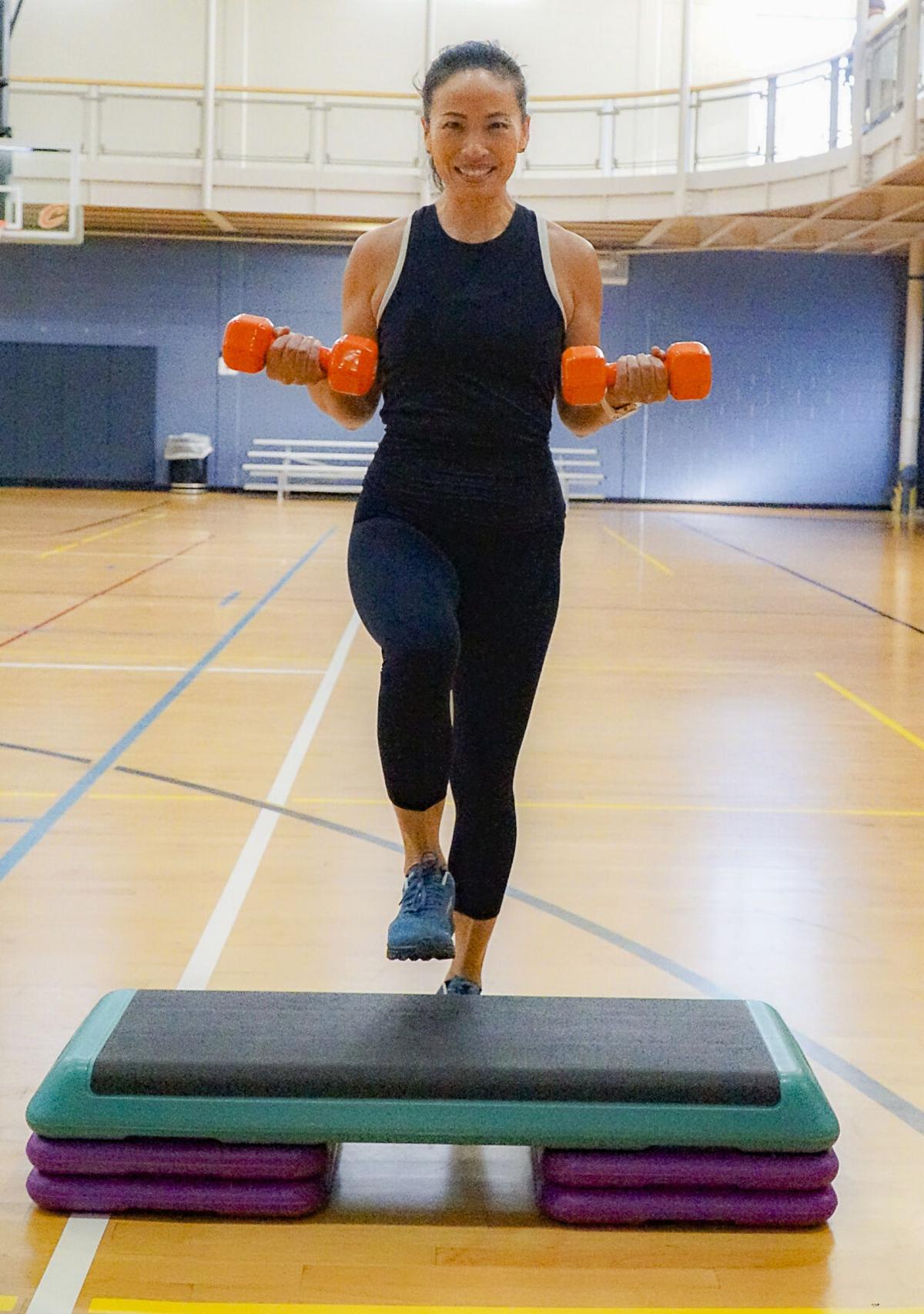 Hua Zie spends hours daily at the Solon Community Center in training. Here, she jumps rope to gain endurance during a daily workout in the gym.

Solon resident Hua Zie is hard at work training daily at the Solon Community Center for this fall’s Iron Man competition in Maryland. Ms. Zie said it will be a dream come true to complete the rigorous triathlon.

Hua Zie spends hours daily at the Solon Community Center in training. Here, she jumps rope to gain endurance during a daily workout in the gym.

That dream is to complete the rigorous activities linked to this fall’s Iron Man competition, a survival of the fittest that involves triathlon events of a 112-mile bicycle ride, a 26-mile run and a 2.5-mile swim.

To prepare for the event, set for Sept. 18 in Cambridge, Maryland, Ms. Xie began intense training last year including bicycle riding in 90-degree heat, swimming for miles and running in the snow, among other activities.

“Iron Man is my dream,” said Ms. Xie, a mother of two who is the chief operating officer at Goldenwell Biotech Inc. in Twinsburg.

She came to hear of the Iron Man as a student at the University of Akron where she earned a bachelor’s degree in accounting. Ms. Xie also holds a master’s degree in software engineering.

“An American friend showed me the Iron Man championship video, and I was so amazed,” she recalled. “These athletes inspired me. They were fighting so hard to reach the finish line.

“From that moment on, I wished I could become an Iron Man,” she added. “At that time, it was a dream.”

Despite being an avid tennis player and achieving a top-level ranking through the United States Tennis Association, Ms. Xie said she didn’t think she had talent for sports and all that Iron Man requires.

“I think you really have to put in effort,” she said. “I’m always in the gym.”

Currently, she spends about 15 hours a week at the community center, all while balancing career and family. She said as the competition nears, she will increase her workouts to 20 hours.

“It’s challenging to balance your family and your work responsibility with this training,” Ms. Xie said.

But to reach her goal, it is necessary, she continued.

“I train really hard,” she said.

Not only is she seeing the physical results of that training, but the mental benefits.

“I’m getting so much stronger,” she said. “You want to rest or take a day off, but once you see the goal, you have to keep going.”

That was even the case last fall when she broke some ribs after falling off her bicycle. “It’s not easy.”

Ms. Xie said she has the support of her family, including her two children and husband Hao Zhou, who plans to accompany her to the competition.

Her goal is to finish the competition in under the allotted 17 hours.

Ms. Xie, who came to the United States in 1991 and has lived in Signature of Solon for the past 25 years, said that, once she makes a commitment, she never gives up.

She is overwhelmed with joy when even speaking about getting through the competition.

“Then my dream can come true,” she said. “I put so many hours for the training – hours and hours.

“I can’t even imagine that moment.”