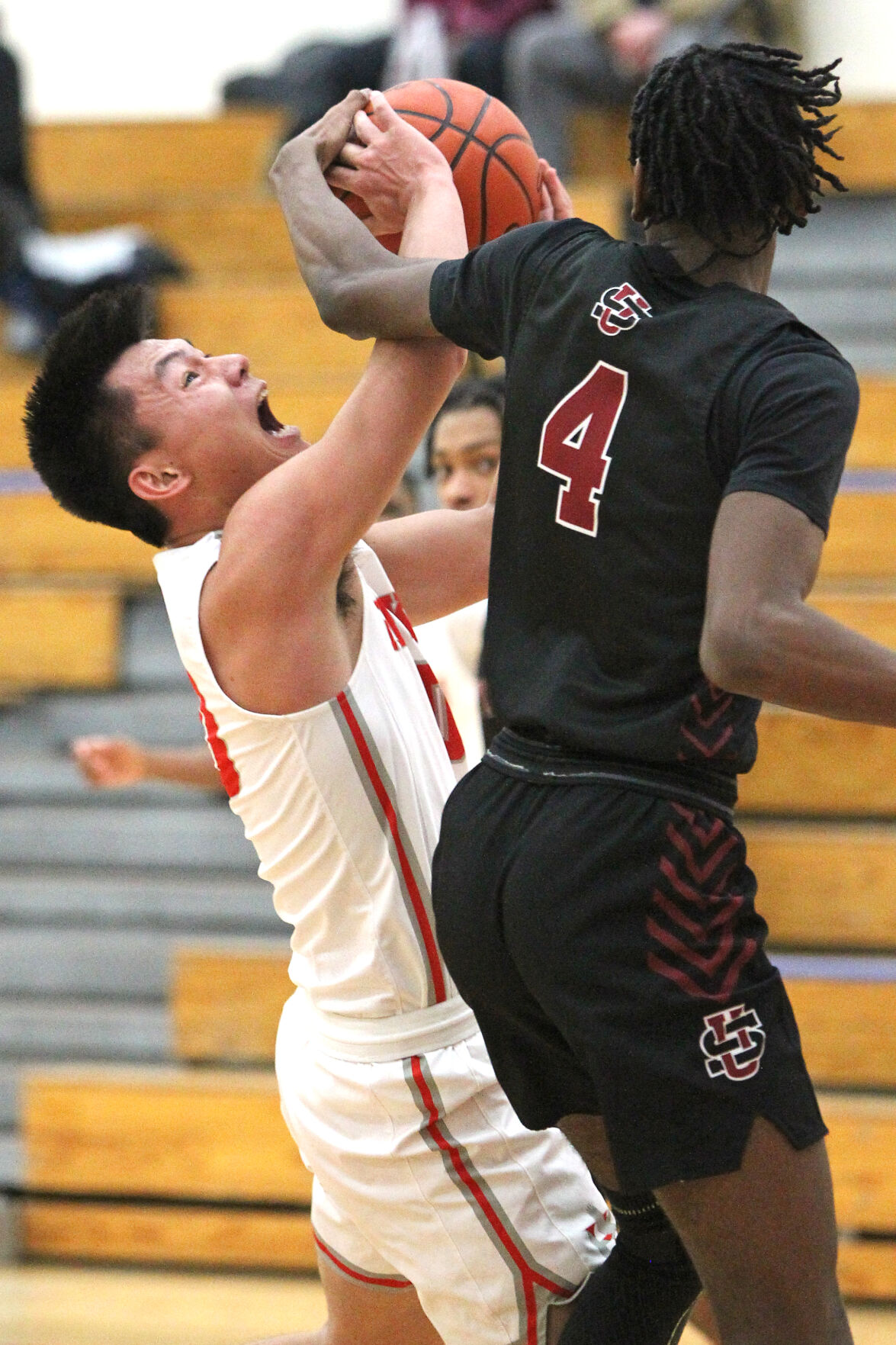 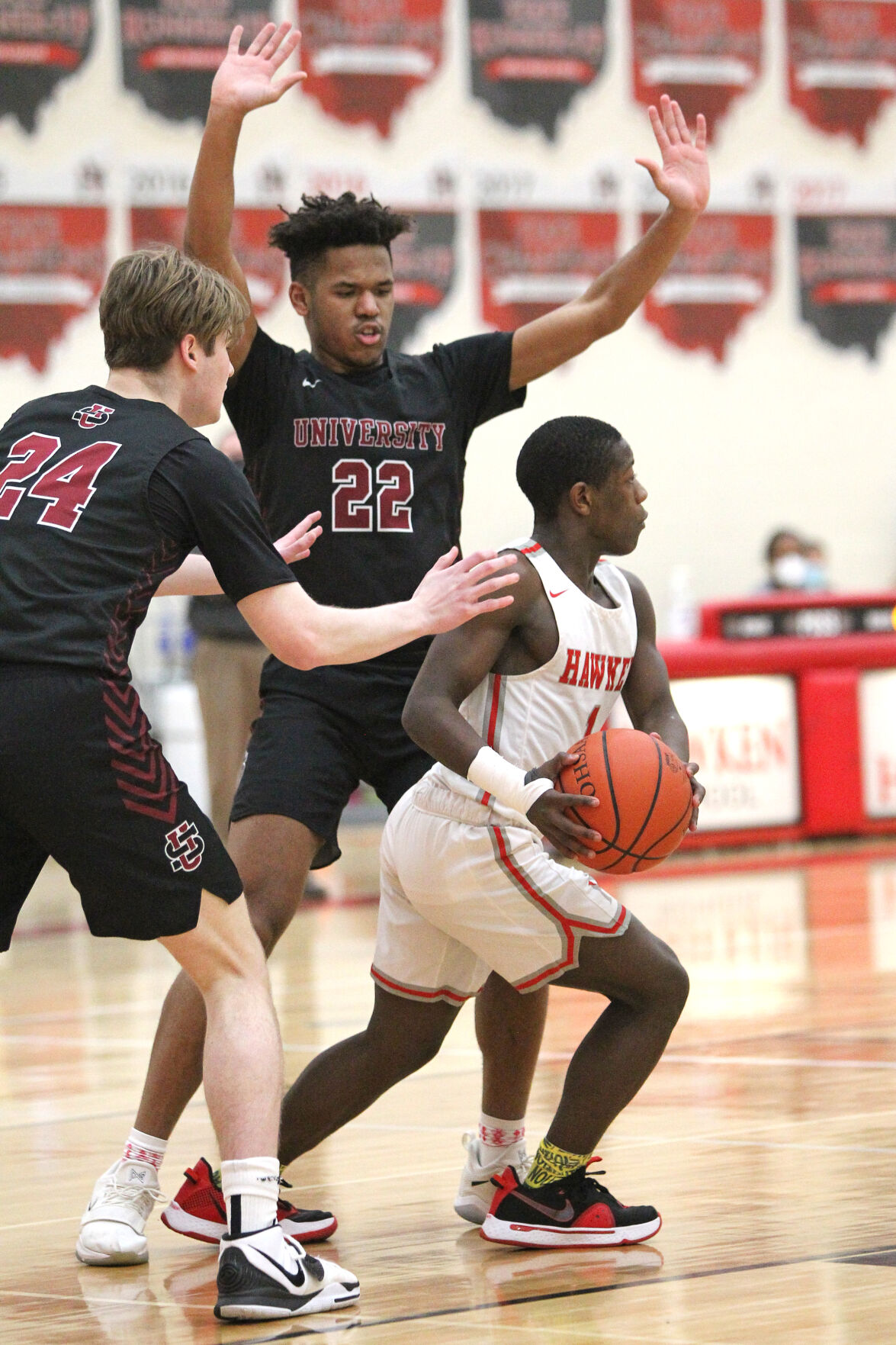 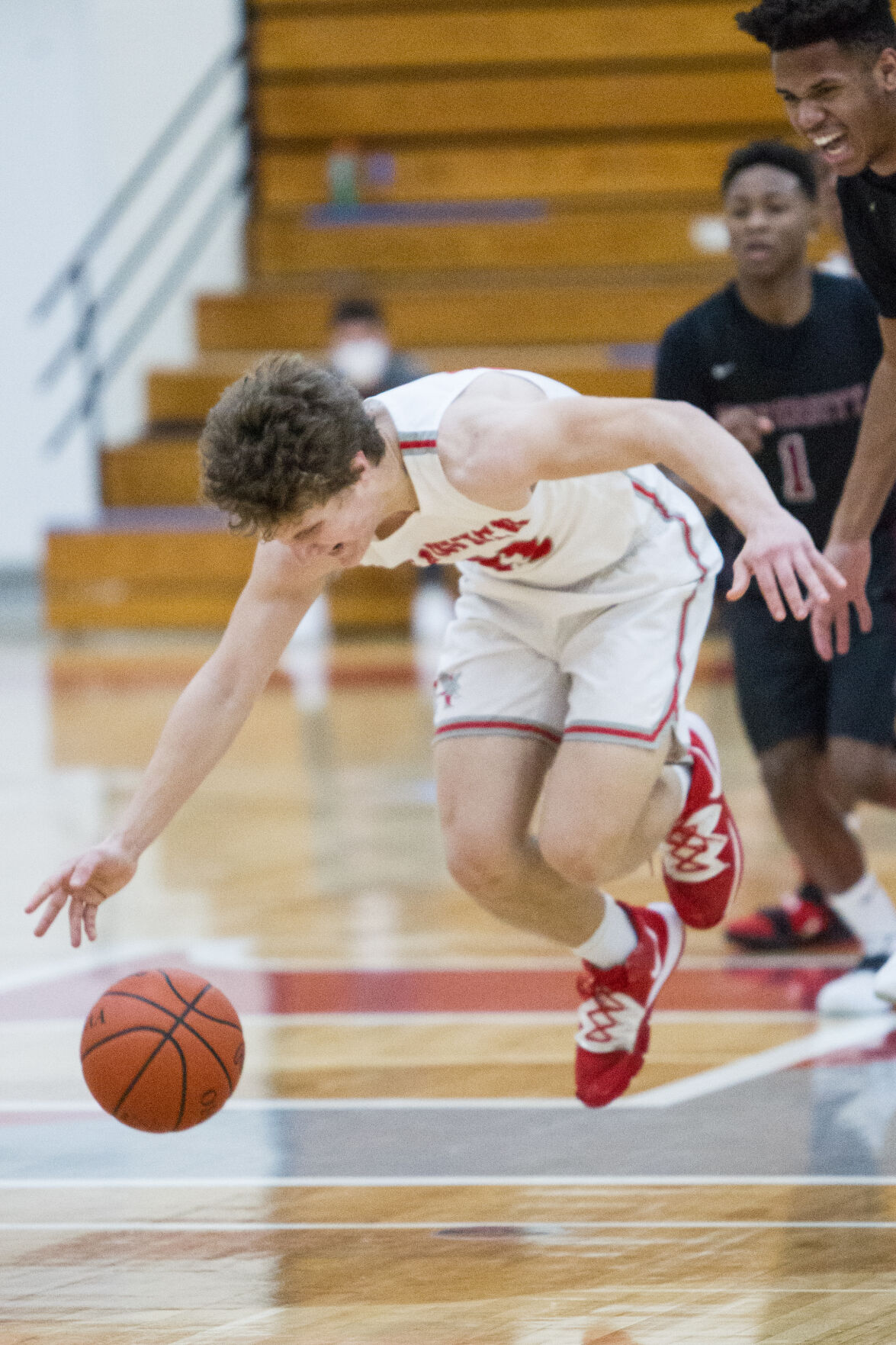 Hawken junior guard A.J. Sands goes after the loose ball in the Hawks’ loss to the Preppers on Feb. 6.

Hawken junior guard A.J. Sands goes after the loose ball in the Hawks’ loss to the Preppers on Feb. 6.

The University School Preppers knew something had to change after suffering a defeat on Jan. 28 against the Copley Indians. A lot had gone wrong for them in that game but there were some underlying issues that the team needed to address. The main takeaway from the game was that the team was pressing.

Like a lot of high school basketball teams University School felt the pressure to make the most of every opportunity in front of it because it knew that the high school season could end up being taken away at anytime due to the ongoing pandemic. Still the team needed to slow down and appreciate the moment.

The Preppers seem to have turned a corner and look like they’re enjoying themselves by going on a winning streak. First University School captured a road victory at Lakewood on Jan. 29 then went down to the wire to beat Uniontown Lake on Feb. 5. The Preppers’ offense continued to roll by defeating neighborhood rivals the Hawken Hawks by a 68-50 margin for their third straight win on Feb. 6 in Gates Mills.

The Preppers looked like a team that was having fun in the first quarter as they took a 5-0 lead. The Hawks kept it a close game as coach McDonnell went to his reserves early. He was making a concerted effort to control the minutes of his starting five because the previous game saw him shorten his bench and only use a seven-man rotation in the victory over Uniontown Lake. Freshman guard Justin Belcher came off the bench and drilled three triples to give the Preppers some breathing room with an 18-12 lead at the end of the first.

The starting five re-entered the game in the second quarter and started to run away with it. The Hawks’ offense came to a screeching halt as they struggled against the length and size of the University School defense and committed eight turnovers in the second quarter. Senior center Ricky Radtke drained a pair of triples to score ten points and stretch the Preppers’ lead to 39-21 at the half.

“The biggest thing with them is that they tend to overwhelm you with their pressure. They are long and athletic and we felt that if we could handle their pressure than we could give ourselves a chance and we were good at times and then we were loose with it at times and then it becomes tough because they’re really good at converting mistakes into points and when you allow them to do that it starts to become an uphill battle,” said Hawken head coach Josh Nugent.

While the Preppers are trending upwards the Hawks are going in the opposite direction as Saturday’s loss continued a losing streak for the Hawks. After suffering an overtime loss on Jan. 30 to Chagrin Valley Conference rivals the Chagrin Falls Tigers the Hawks fell short against Andrews Osbourne Academy on Feb. 3. The losing streak reached four games after Hawken suffered a defeat on Feb. 8 aginst Twinsburg. The team needs to get back to playing winning basketball with only two more weeks before the sectional tournament begins.

University School has done a better job at playing its game by applying pressure defensively and pushing the tempo during the course of its hot stretch. The team has some swag back and looks ready for postseason play.

“I feel like we’ve taken a lot of steps forward. We’ve corrected a lot of things and started to have more fun and play together more,” said Preppers’ sophomore wing Nelson Johnson, Jr.

Radtke was University School’s leading scorer as he tallied 18 points with six rebounds, two assists and swatted two shots with senior forward Cam Smith and Belcher each scored 11 points. Freshman guard Taj Caver led Hawken with 13 points, two rebounds and one assist followed by senior forward Shin Ng who scored ten points, three rebounds and one assist. The Preppers will travel to face Columbia in Columbia Station on Friday evening and then welcome rival Gilmour Academy to Hunting Valley this Saturday night while the Hawks will head out to Rocky River to square off against Lutheran West on Saturday night.