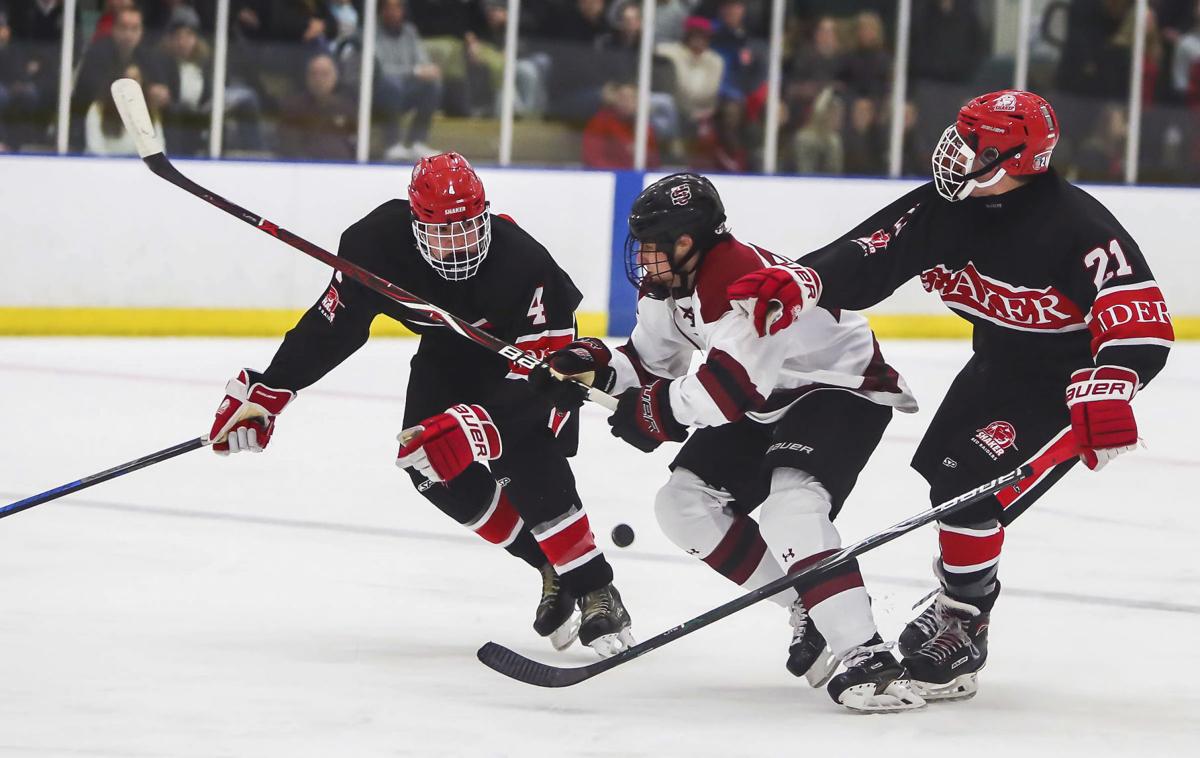 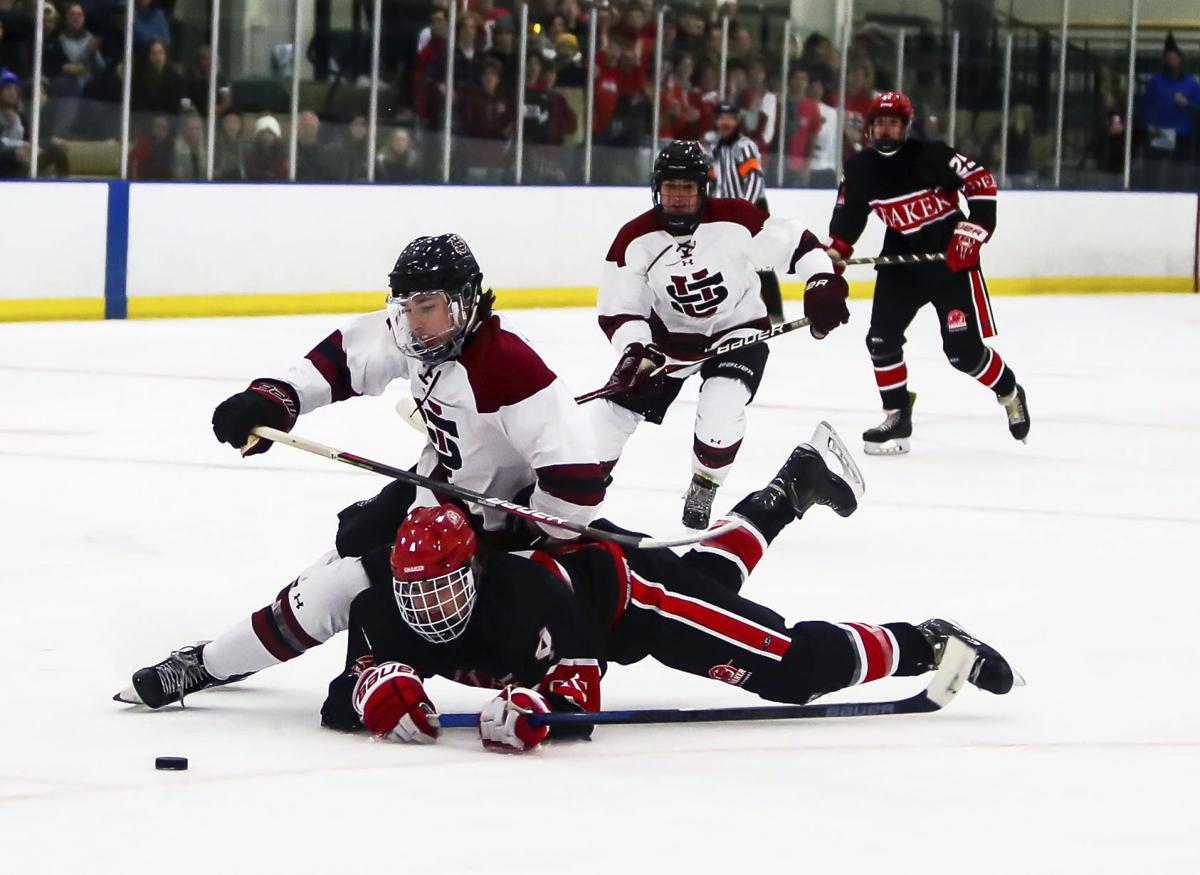 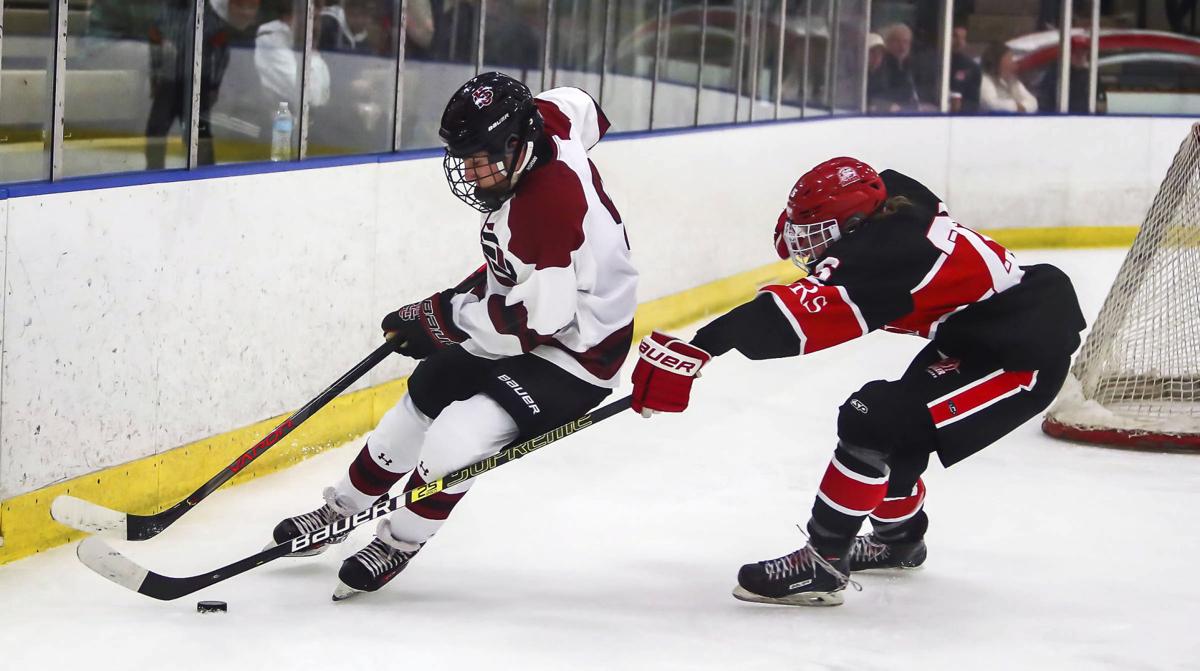 Shutouts are few and far between with a multitude of talented goal scorers in the Great Lakes Hockey League, which features the best high school teams in Northeast Ohio. There were only nine shutouts in 40 GLHL games last season.

Ties come even less often, as a victor was named in all 40 battles a year ago.

But no goals were scored by either side during an overtime sister-kisser, 0-0, when University School hosted rival Shaker Heights in a season opener for the Ice Preppers on Sunday evening on the large sheet at Cleveland Heights.

“It was a rowdy atmosphere, obviously, with a lot of fans from both sides that created a cool game for our kids and the Shaker kids to play in,” US second-year head coach Andy Gerow said. “I thought the energy early was good from both teams. It was a physical game, and the refs let us play.”

Other than coincidental penalties in the second period, University only had one power-play opportunity late in the third frame, while the Raiders had none.

“Both teams were going pretty good on the forecheck and the backcheck, throwing their bodies around when they could,” Gerow said. “Both goalies played outstanding. Our goalie, Michael Holtz, came up with some huge saves, including one in the third on a rebound that I don’t know how he got.

“And then (Garrett) Ritts from Shaker played well, as well. So, they were kind of dueling back and forth. It was great to see.”

While Shaker starting goalie Garrett Ritts is only a sophomore, his shutout was perhaps less eye-opening than University senior Michael Holtz’s clean sheet.

Ritts, who came up with 35 saves on Sunday, is a returning starter who had a 1-0 shutout during a regular-season game against University last year.

University’s Holtz, who collected 28 saves on Sunday, is a first-year starter. He played behind recent graduate Critter Coughlin, who propelled the Preppers to their fifth straight district crown in a 2-1 overtime win against Gilmour Academy last season.

“Holtz was the backup to Critter last year, but he got in games, especially during regular-season tournaments, and showed potential with the ability to be a great goalie as well,” Gerow said. “This year, he’s stepped into that starting role, and, if the Shaker game is any indication, he’s grabbed that role by the reins and did a phenomenal job in that type of atmosphere.

“The moment wasn’t too big for him. He came up with key stops in key moments of the game. He looked comfortable in net, which was awesome to see. I don’t think there’s any question about him being up to the task.”

Pape was the second-line center with 12 goals last season, while O’Sickey was a defenseman with six goals.

“Those three guys have been on the varsity teams since each of their freshmen years, so they have experience,” Gerow said. “They move really well and use each other, and, obviously, it’s never easy replacing guys like Muha, (Henry) Saada and (Tyler) Alt. But right now, it’s the mentality of next man up.”

Muha, in particular, was a first-team all-Ohioan with 15 goals, 38 assists and a plus-29 goal differential on the ice last season, while Saada tallied 13 goals and 35 assists.

But coach Gerow said he thinks University can be more balanced in production from different shifts this season.

On the second line against Shaker, US junior Sam Heller was at center with seniors Andrew Rozenshtraukh and Nikita Davidenko on the wings. Rozenshtraukh had nine goals and five assists last year.

And on the third line, junior Nick Flowers was at center with seniors Will Lvovich and Thomas Butler on the wings. Flowers had 10 goals and 10 assists last year.

Overall, University ran four lines of forwards and six defenders. Five players who dressed for the Preppers on Sunday reside in Shaker Heights.

“This year, we have a lot of guys coming back with a year of experience under their belt,” Gerow said. “We had all four lines generating chances and creating opportunities in different ways (against Shaker), which was positive to see.

“So, obviously, we’ll look for that first line to create the most chances, but, from top to bottom, I feel like lines one, two, three and four can all generate offense and do it by committee instead of relying on one line to do it.”

That said, the Preppers had two varsity newcomers starting on defense against Shaker: senior Tristan Cavotta, a transplant from the Barons, and junior Shane Cronin.

“Tristan Cavotta is a huge addition for us, and I thought he looked really comfortable and was one of our rocks back there,” Gerow said. “He moved the puck well and found his opportunity to get shots on nets, as well as skate the puck and move the puck around. And Shane Cronin, in his first varsity game, he looked poised back there and played well with Tristan.”

In addition to Borrow, senior alternate captain Will Cha and senior Charlie Paine return on defense with regular varsity shifts from a year ago, while sophomore varsity newcomers Michael Yutzy and Jackson Wiebe stepped up for their varsity debuts against Shaker.

While some coaches tighten their bench in close games, University has enough new pieces that Gerow played all 12 of his forwards and all six of his defensemen who dressed.

The Preppers don’t necessarily put too much stock into their record early in the season – they were 1-6-1 last year, before clinching their fifth straight frozen-four berth with an overtime loss, 3-2, against Dublin Jerome in the state semifinals – but University is hoping to avoid a slow start to this campaign, Gerow said.

“We’re going to be patient trying to find the right line combinations and everything,” he said. “When we can roll four lines and really try to wear teams down with legs, especially on the big sheet at Cleveland Heights, we like our chances.

“But we have a big senior group who realize this is their last go at it. After the slow start we got off to last year, we don’t want that same thing to happen. And, obviously, it’s been great to win the district title and get to the Cleveland Cup finals, but, again, we haven’t really got the job done.”

Up next, University will play in Walsh Jesuit’s Thanksgiving tournament with the Preppers scheduled to take on three out-of-state opponents, starting with Meadville, of Pennsylvania, at 1:45 p.m. Friday at Kent State University.