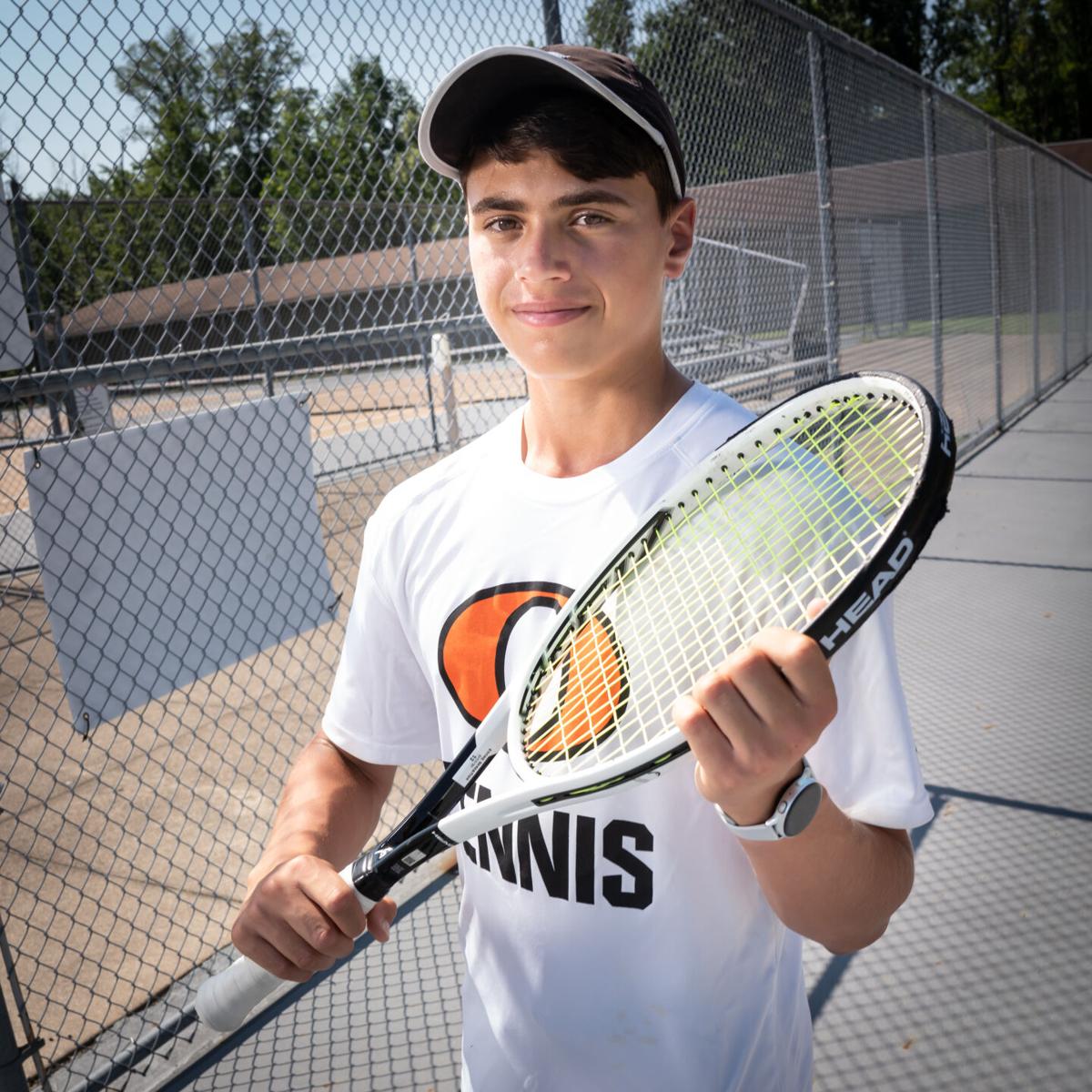 Before his freshman season began, Ben Pomeranets was unsure if he should go out for the tennis team. Ultimately he decided to give it a shot. It proved to be a wise decision as he helped lead the Lions claim their first Division II state team title in school history his sophomore year. 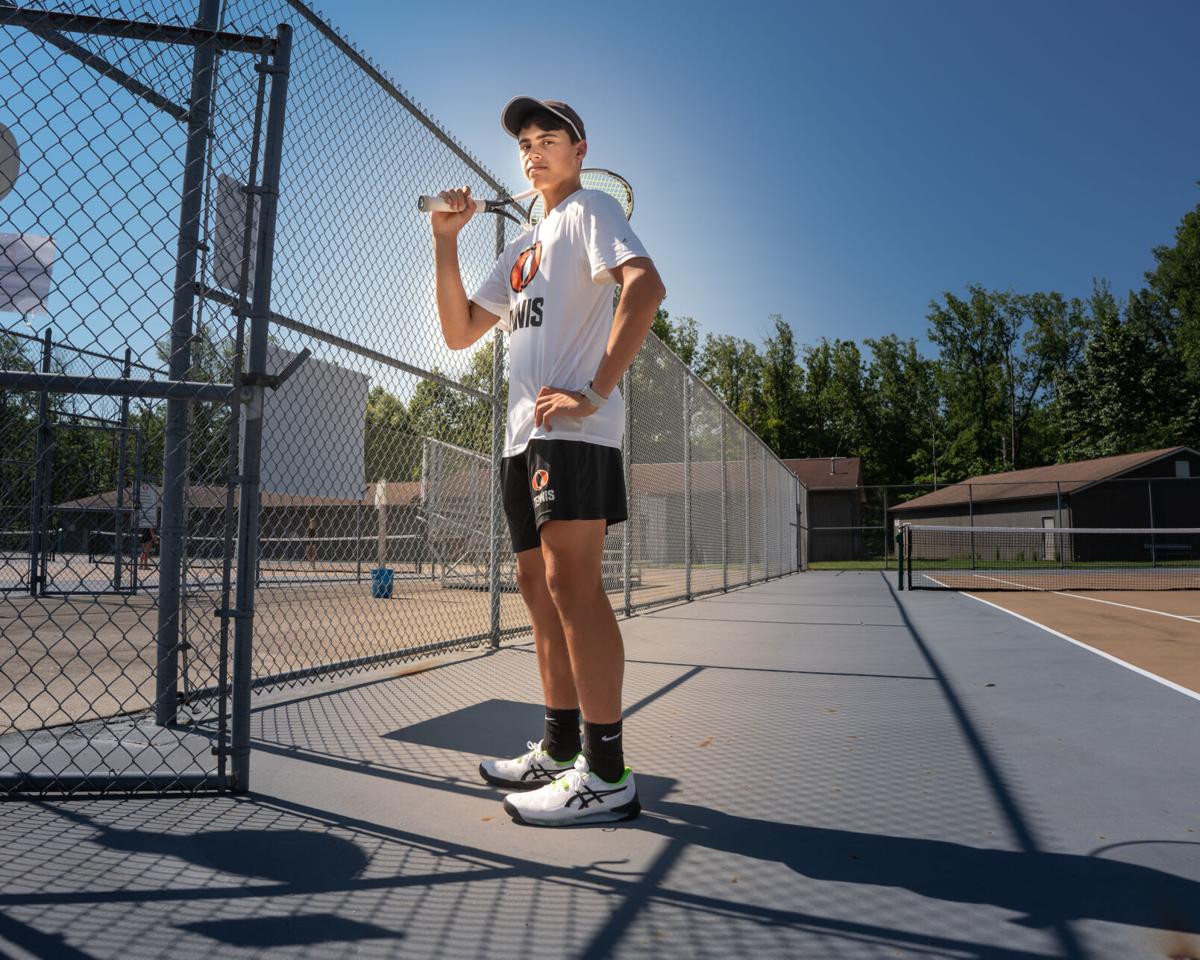 After helping Orange capture a state team title this year, Ben Pomeranets is not finished. With two more years of high school left, his goal is to help the Lions become a perrenial powerhouse in the Northeast Ohio region for years to come.

Before his freshman season began, Ben Pomeranets was unsure if he should go out for the tennis team. Ultimately he decided to give it a shot. It proved to be a wise decision as he helped lead the Lions claim their first Division II state team title in school history his sophomore year.

After helping Orange capture a state team title this year, Ben Pomeranets is not finished. With two more years of high school left, his goal is to help the Lions become a perrenial powerhouse in the Northeast Ohio region for years to come.

Ben Pomeranets had all the momentum. In the blink of an eye, it evaporated.

“I was pretty confident going into the next two sets but he stepped up his game and I was getting a bit of finish line anxiety,” said Pomeranets. “He totally deserved that match and played better than me on that day. The first four games I lost in the third set I had game points in all of them so that was frustrating. I felt like I could have been up in the third set but he went up 4-0 and that was a tough deficit to come back from, and it was a heartbreaking loss. I felt like I was right there but the next day I knew I had to turn it around.”

Turn it around he did.

Pomeranets bounced back by defeating

freshman Jack Pollock from Columbus Academy the following day in the semifinals of the team tournament and then beat Indian Hill’s Tejas Pisati in the OHSAA Division II state final as the Lions won their first state team title for the first time in school history on May 30 in Columbus.

Pomeranets was feeling good heading into the state tournament in Cincinnati. He had just captured the Division II district singles title after defeating neighborhood rival Zimcosky in the championship match.

Pomeranets won the match 7-5, 6-4 and became the first Lions’ tennis player to win a district title and earn a state berth since Maksim Kan did so during the 2012 season

“I was definitely a bit nervous,” he said. “I felt like the underdog in that match even though I had already beaten Andrew in the quarterfinals of the team tournament. He took an early lead in the district finals. I didn’t feel like I was playing very well. I told my coach he was controlling the baseline, and I was standing too far back. I decided I was going to take all his second serves inside the baseline. I was going to step in, try to find as many forehands as I could, hit through them as much as I could and not let him control me and bully me around the court and I turned it around.”

Pomeranets had a pretty good idea he’d be meeting Zimcosky for a rematch in the state tournament. His gut instinct turned out to be right on the money.

After suffering the stinging defeat to Zimcosky, he had little time to feel sorry for himself as he had two more matches to play the next day.

Orange coach Richard Bole said it was an impressive turnaround for the budding ace.

“It was just a defining moment for him to bounce back less than 24 hours later and beat Pollock and Pisati back-to-back,” said Bole. “We don’t win the state title without Ben. I know on paper he’s a slightly stronger player than both of those guys, but they both brought their A game but he just found a way. That’s all I can say and that was just a defining moment where he grew up and became a leader in a program.”

It capped off a solid first year of varsity tennis for Pomeranets. Although he was considering not joining the team when he arrived at Orange, Bole had seen him compete in United States Tennis Association tournaments when he was in eighth grade, and knew that the incoming freshman was a must-get for the tennis program.

“I recruited him heavily,” said the second-year coach. “We have a design in this program where we try and accommodate kids who play tournaments. There is a restricted period in the season where you cannot play any tournaments. It’s been shortened now. They really only have the month of May where they can’t play in tournaments.”

The Orange rising junior said that his love for tennis came from his parents, Svetlana and Mikhail. Both Russian immigrants, they picked up tennis when they first came to the country and he followed suit. He said he could still remember hitting the ball in his driveway.

“I was hitting everything,” Pomeranets said. “I just liked hitting objects with my strings. I walked onto a court and started playing that way and really enjoyed it.”

His parents soon joined the Cleveland Racquet Club and he began taking group lessons before beginning to compete in USTA tournaments when he was 9.

He got off to a fast start by going undefeated in orange ball tournaments. USTA regulations stipulate that an amateur tennis player who joins the league must begin in tournaments that use an orange ball, the lowest

compression of any tennis ball, which do not bounce as much and fly at a slower rate than regular balls. Pomeranets had practiced frequently with regular tennis balls so he quickly moved up to regular ball tournaments.

When Pomeranets began working out with the tennis team, Bole said there was little doubt that he was going to play No. 1 singles. Those plans were derailed when the pandemic struck and he had no place to practice.

Thanks to a friend with whom he practiced at the Cleveland Racquet Club, Pomeranets stayed sharp by practicing on the court at her house. According to Bole, Pomeranets was in tip-top shape by the time the regular season rolled around.

While Pomeranets had no experience

playing high school tennis, his time playing in a number of USTA tournaments made him well prepared for high school competition.

“He’s a veteran player who is mature well beyond his years,” said Bole. “He’s able to diagnose his opponents’ weaknesses and just compete at a level that’s more in-line with a high-level Division III college player than as a sophomore.”

Pomeranets dominated the local competition this year with a grinding style of play. He adopted a defensive-minded approach and wore his opponents down.

As he prepares for his junior season, Pomeranets said he is beginning to hear from a number of colleges. Per NCAA rules, colleges are now permitted to have direct contact with him. He has put his name on the map as one of top high school tennis players in Northeast Ohio.

While he fell short of the state singles title this year, Pomeranets is excited to have two more years of opportunities. Bole shared Pomeranets’ enthusiasm as he believes that with Pomeranets being the lead singles player for the next two years, the tennis team can cement its legacy in school history.

“We think the future for him is extremely bright,” said Bole. “We believe we can build this into a dynasty and that only happens with Ben at the front of the pack.”