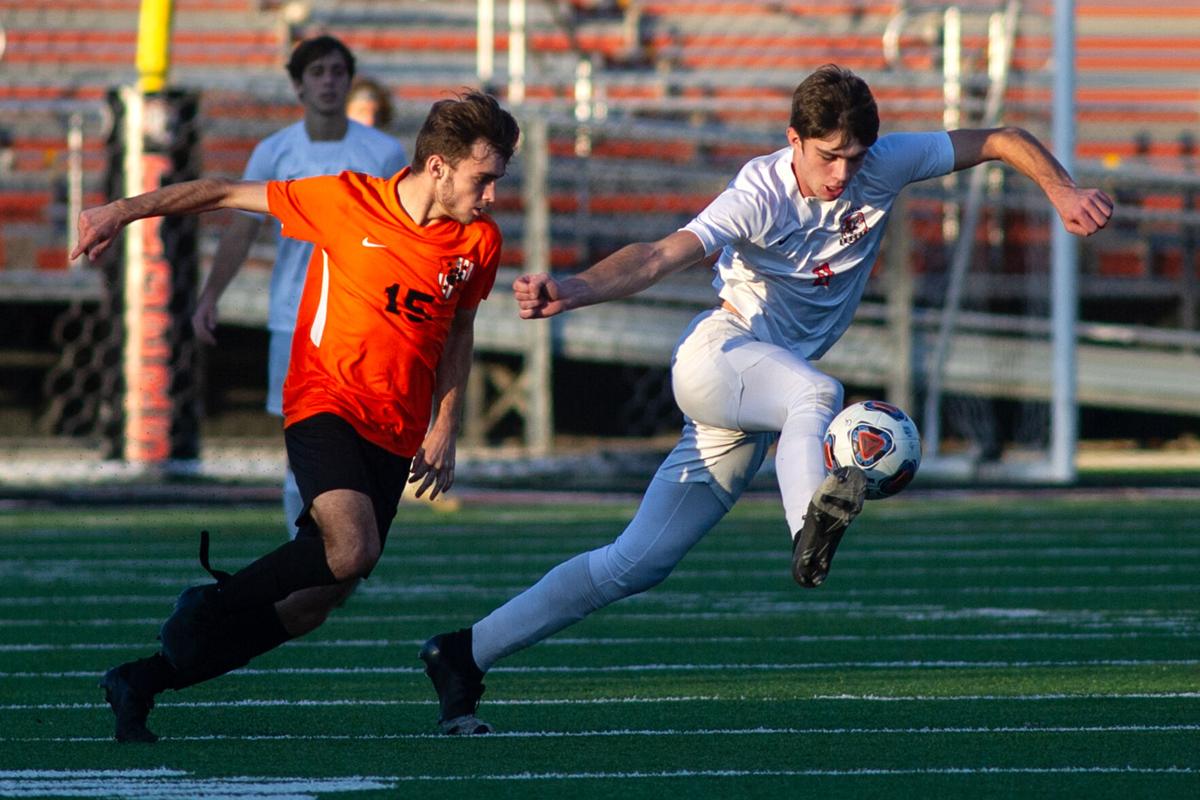 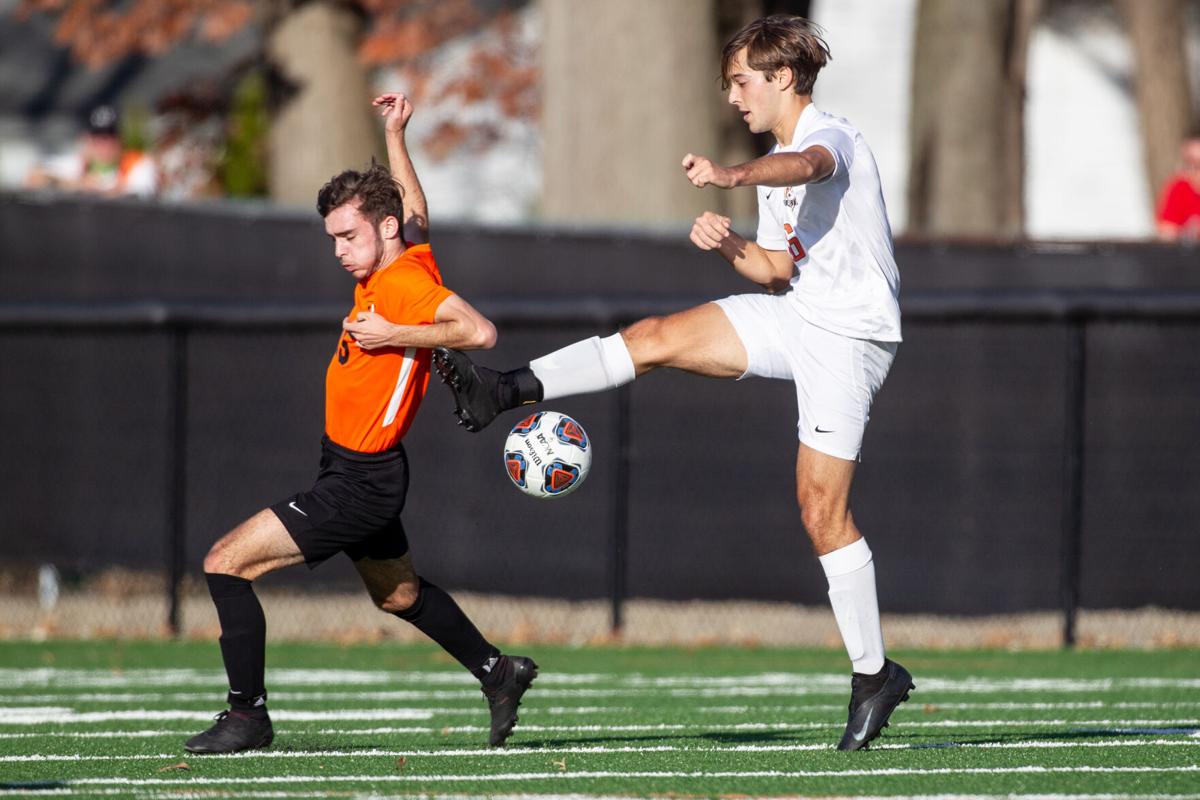 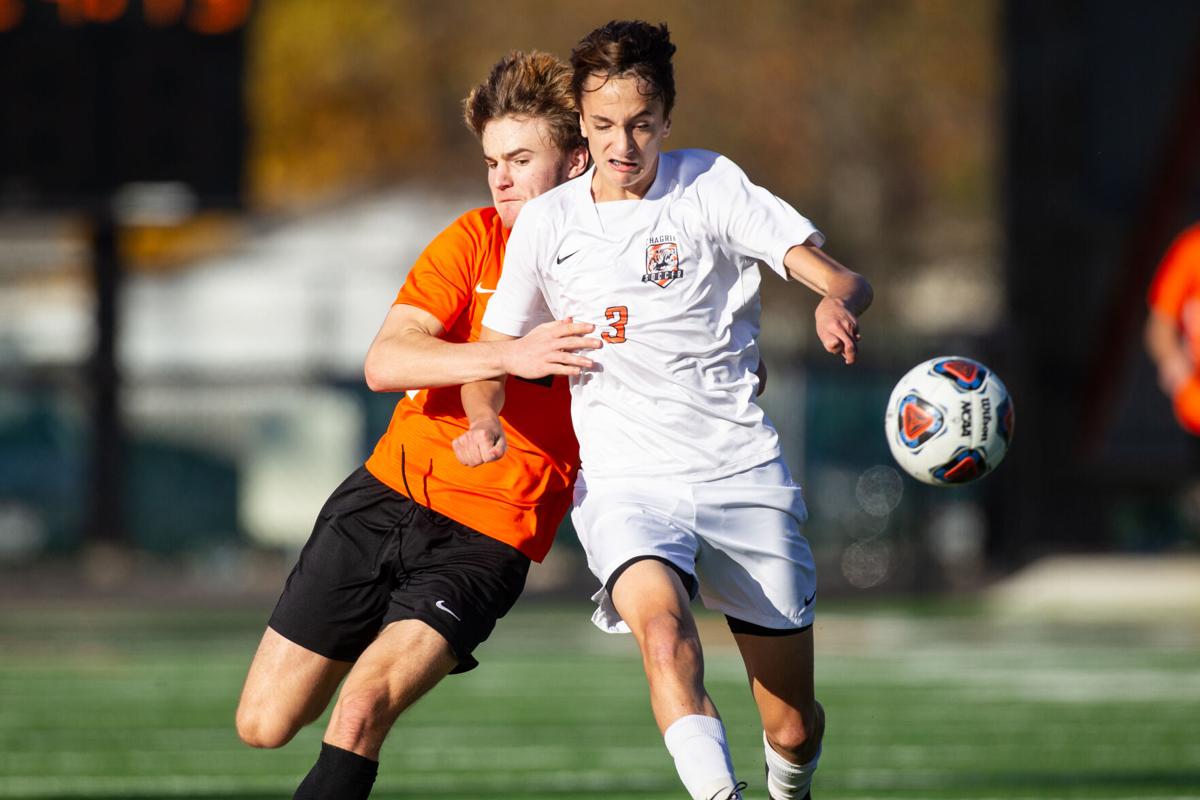 Without much of a choice, the Chagrin Falls boys soccer team had to go for broke during a true road battle against state No. 2-ranked Warren Howland (20-0-1) in a Division II regional championship on Saturday afternoon.

The road Tigers only trailed, 2-1, at halftime, but their hands were tied behind their backs against a Howland attack that brought constant pressure behind first-team all-Ohio senior midfielder Jordan Sperling, who has 30 goals and 19 assists this season, and senior forward Gabriel Altawil, who has 39 goals and 22 assists.

But when the Tigers went for broke – by pulling their starting goalie out of net and inserting him as a field player midway through the second half – the Howland strikers capitalized with four unanswered tallies for a 6-1 victory.

The state No. 5-ranked Chagrin Falls boys, according to the coaches poll, had never allowed more than two goals in a match this season – with a 3-2 win against Kenston (12-4-1) and a 2-1 loss against state No. 1-ranked Bay (15-2) – and they had four straight shutouts in their first four playoff games, including a 1-0 result against Revere (11-6-1) in the regional semifinals three days earlier.

Chagrin senior midfielder Ian Zitney scored the 1-0 tally, his 16th goal of the season, in the eighth minute against Revere, before the Tigers’ veteran defense played the final 72 minutes of error-free ball to help senior goalkeeper Jack Stauffer record his 15th clean sheet of the season.

That triumph was redemption to playoff losses against Revere in 2017 and 2018.

“They really had to put in a great effort, and they have throughout the season,” Chagrin fourth-year head coach Brian McKenna said. “Revere has a strong program year in and year out, and they had two players that were causing a handful for us to deal with.

“Fortunately for us, we were able to bend and not break. They gave our goalie some great shots where he was able to defend those. And then the last 12 minutes, we played a man down, which made it even more challenging.”

That 1-0 result put Stauffer in elite company with 21 other keepers to have posted 15-plus shutouts in one season in Ohio high school boys soccer history. That win also secured Chagrin Falls boys soccer its first regional title game since an 18-2-1 campaign in 2008.

But with a starting center midfielder drawing a second yellow card in the 68th minute against Revere, the Tigers had a tall task get even taller in Saturday’s regional final road battle at Howland. When a player gets two yellows in a game, he has to sit out the following match.

“It was tough not to have a player as significant as he is for us, and he was missed,” McKenna said. “We knew that Howland was a strong team, especially as the reigning state runners-up, and they hadn’t lost this season. We came out a little tense and made an error and gave up the first goal.”

In the 15th minute, Howland’s Altawil beat a Chagrin defender with some fancy footwork on the left side of the box and delivered a cross into the middle, where Sperling directed a header back toward the original near-side post to strike first blood.

Two minutes later, Sperling showed off his foot skills with another attack on the left side of the box, where he touched a slow, short cross past a sliding Stauffer, essentially gift-wrapping an open-net tally for his unmarked teammate in the middle.

“That second goal was unfortunate,” McKenna said. “We had a player down and were expecting the play to be stopped. But our defense, which has helped to get us to this point, just had a lapse, and you can’t have a lapse against a team this strong. And we paid for it.”

The luck shifted in the 32nd minute, when a Howland defender didn’t handle a ball cleanly and Chagrin Falls senior target striker Zach Lechman got after it, ripped it off the defender’s feet and got free on a counter.

One-on-one with Howland goalie Lucas Brill, who finished with five saves, Lechman finished a 2-1 tally near post for his fifth goal of the season.

“It was just all hustle from him,” McKenna said.

Although it was 2-1 at intermission, the Chagrin boys weren’t getting the opportunities they needed in that opening 40 minutes, McKenna said.

With that in mind, the Chagrin coach said he went into the second half wanting to see how Howland would adjust, and then the road Tigers would make their counter adjustments accordingly.

When the score remained, 2-1, with about 25 minutes to play, McKenna decided to pull Stauffer from goal, with five saves on his game resume, and reinsert Stauffer as a center midfielder. After all, Chagrin had a key piece missing from two yellow cards the previous game.

For those who don’t know, Stauffer is a legit field player with the necessary foot skills.

But, before Stauffer could be subbed back onto the pitch, Howland hammered home a 3-1 tally in the 58th minute, when Sperling won a 50-50 ball from 40 yards out, cut into the left side of the box and had a shot deflecting off the sliding torso of Chagrin senior backup keeper Andy Neimeier – Howland forward Gabe Lisi picked up the rebound for a top-shelf, open-net lefty.

Again, a Howland player moving without the ball went unmarked.

“We made a decision to pull our keeper, Jack Stauffer, who is also excellent on the field, and put him in at the center mid position,” McKenna said. “There was roughly 20 minutes left, so we felt we needed more help on the field to try and create some offense. Unfortunately, before we even got him on the field, they got the (third) goal, and it went downhill from there.”

Sperling and Altawil scored back-to-back tallies in the 63rd minute, for a 5-1 lead, before Sperling finished off a hat-trick goal in the 69th minute for the eventual 6-1 final.

After Chagrin Falls surrendered just seven goals through 20 games this campaign, the wall was knocked down for four of Howland’s six tallies during an 11-minute stretch in that second half.

Nonetheless, Chagrin Falls put together a season to remember with an 18-3 record behind 11 seniors who improved upon an 8-4-5 campaign with a first-round loss last season.

“I’m certainly proud of them,” McKenna said. “They put in so many years of time and effort – the seniors. They are a tremendous group of young men off the field, and they have left a legacy for our current and future players.

“They have been very inclusive with the entire team, from JV to varsity. They have made all the kids feel a part of the program, and that has been something very special. And they will be missed, by not only me but by their underclassmen.”