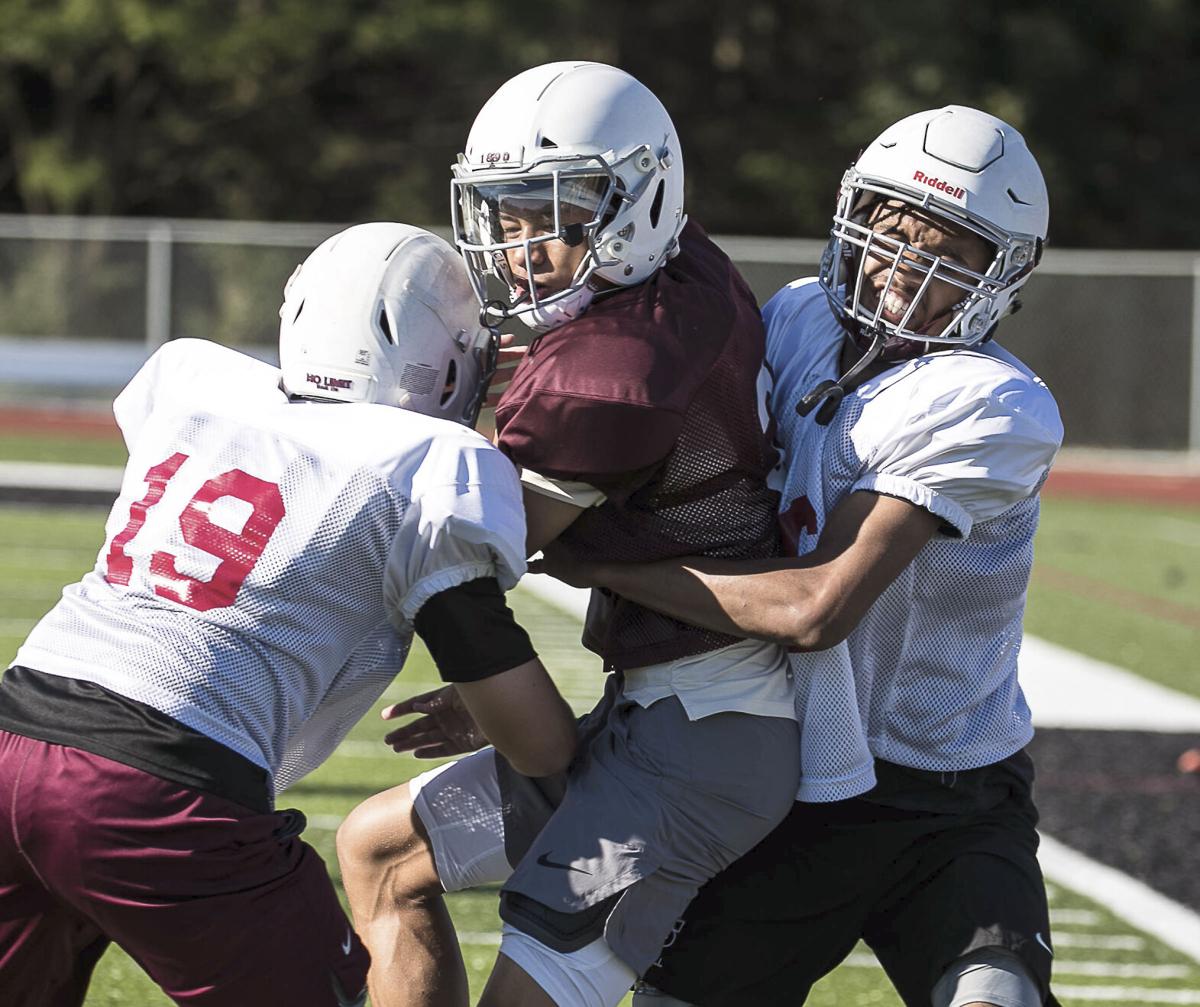 University School gridders practice wrapping up during preseason drills earlier this month. The Preppers enter the 2020 season on the heels of a 6-4 campaign under sixth-year head coach Ben Malbasa, who owns a 32-21 record at the helm. 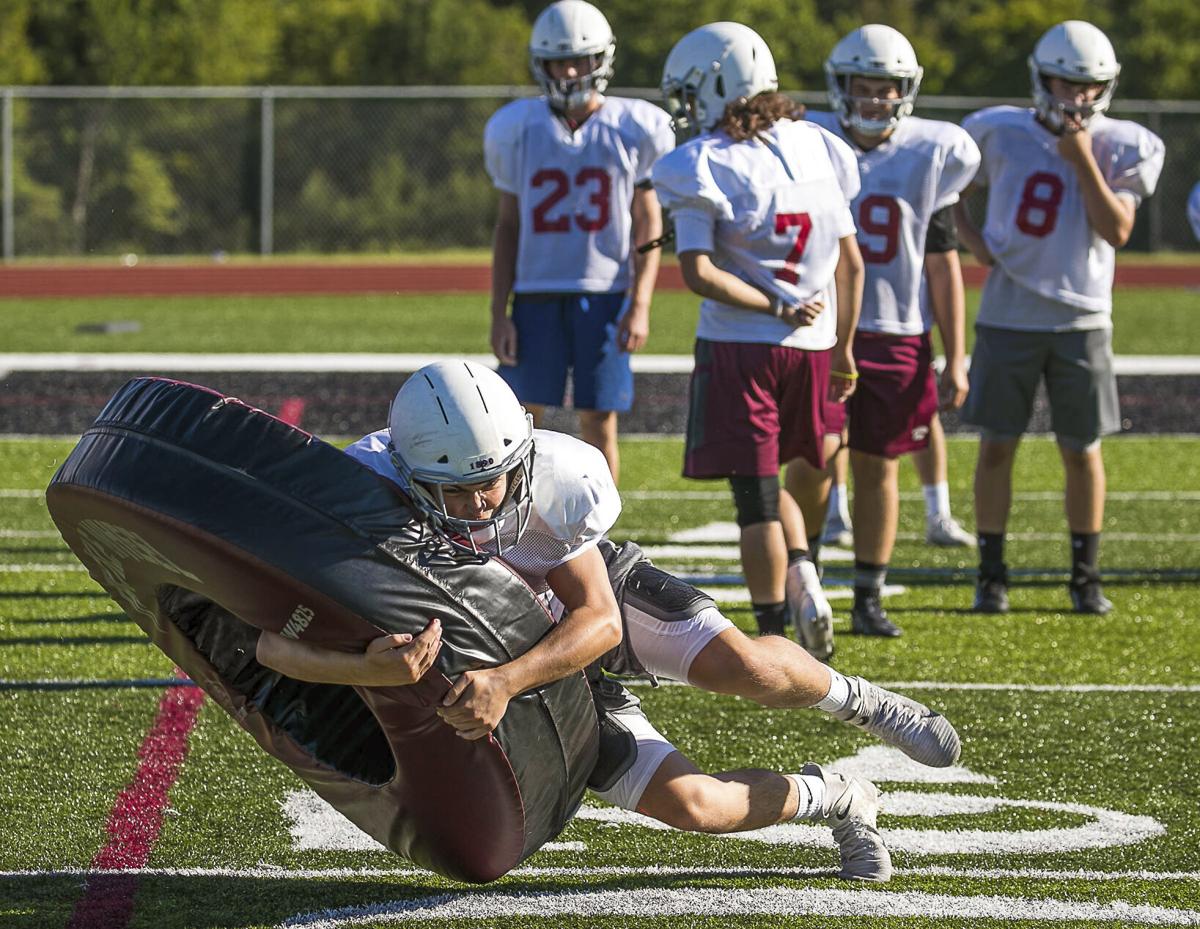 A maroon-and-black gridder finds himself a donut during tackling drills this preseason in Hunting Valley. 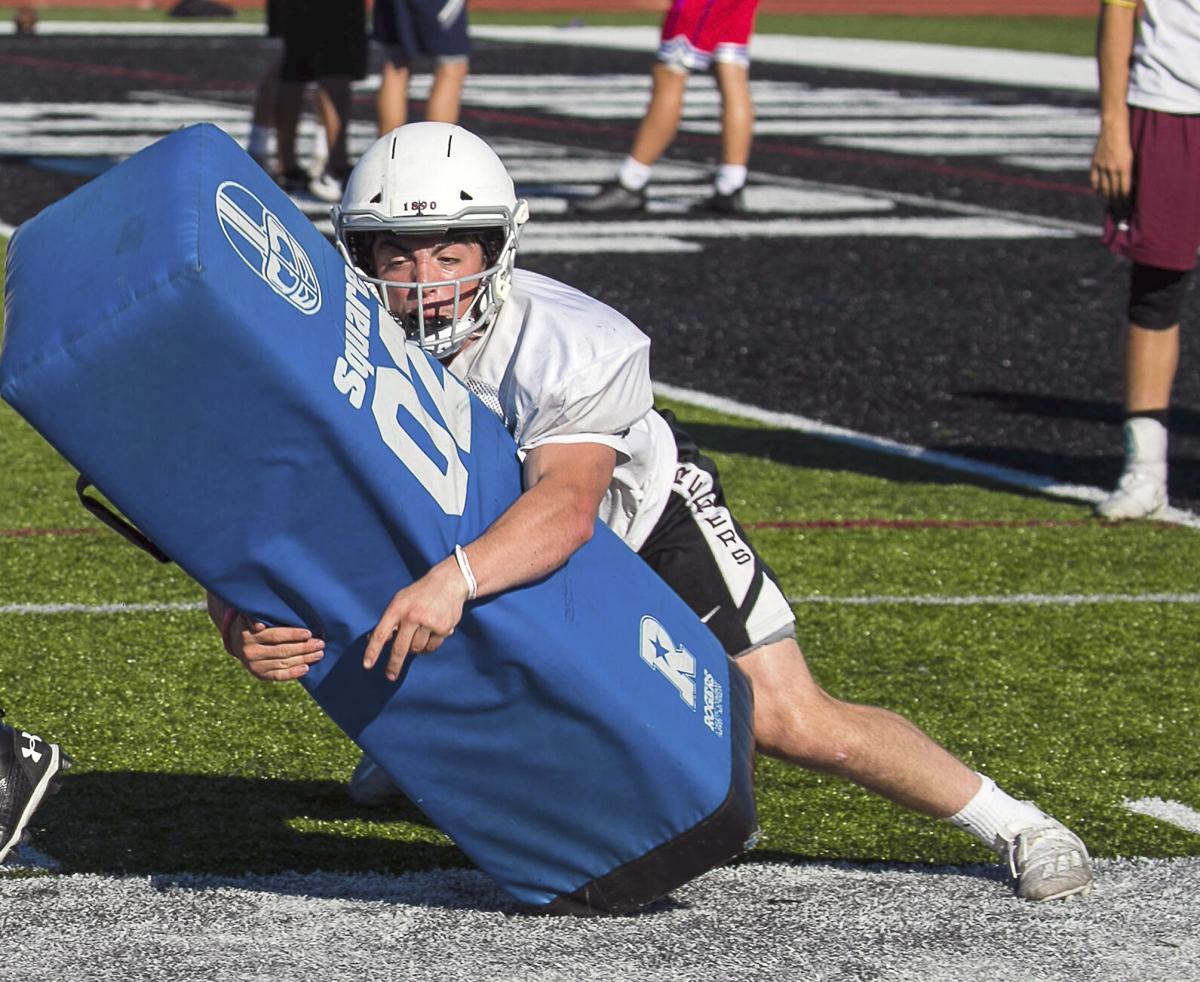 A University gridder practices tackling low during a drill earlier this month at Scovil Field.

University School gridders practice wrapping up during preseason drills earlier this month. The Preppers enter the 2020 season on the heels of a 6-4 campaign under sixth-year head coach Ben Malbasa, who owns a 32-21 record at the helm.

A maroon-and-black gridder finds himself a donut during tackling drills this preseason in Hunting Valley.

A University gridder practices tackling low during a drill earlier this month at Scovil Field.

Neil Armstrong was just a small-town boy from Wapakoneta, Ohio, whose love for flying ignited at 2 years old, when his father, a state auditor, took him to the Cleveland Air Races.

Long before Armstrong took one giant leap for mankind as commander of Apollo 11 on July 20, 1969, he took several small steps for himself, beginning with flying lessons at age 14 and enrolling in the aeronautical engineering program at Purdue University at age 17

Two years later, he reported to flight training with the Navy and ended up flying 78 missions during the Korean War, long before he joined the ups and downs of the Mercury, Gemini and Apollo space programs with NASA.

This fall sports season over in Hunting Valley, the University School gridders aren’t going to the moon during the 131st edition of their program, but they sure plan to emphasize the importance of taking the next small step, no matter how big, distant or unfathomable their goal may seem, sixth-year head coach Ben Malbasa said.

With the week-to-week unknowns of how the high school football season will or will not play out in Ohio, focusing on the here and now remains the best way to prepare, he said.

“We have a six-game schedule now, but I’ve also mentally prepared that, hey, things are going to change and we’re going to have to be flexible,” Malbasa said of the question marks associated with moving forward with a shortened regular season amid coronavirus concerns.

“Part of the game is learning to adjust,” he said. “That’s a challenge. But what we’ve been telling our players to do is get comfortable being uncomfortable.”

The Prepper gridders have had a couple program guys opt out this season because of family issues, whether they have an immune-compromised sibling or relative, as well as other guys who chose to concentrate on their primary sport.

Nonetheless, University’s football numbers are up to about 65 players this fall – after rostering 54 players during last year’s 6-4 campaign – because team leaders continue to generate interest in the program, Malbasa said.

But that depth will be needed with the maroon-and-black gridders making the jump to Division II this season and teams like Eastlake North and Westlake on their schedule.

At the quarterback position, the Preppers won’t see the return of 6-foot-6 senior Ricky Radtke, who’s concentrating on basketball, but they’ll have experience in the pocket with 5-foot-8, 165-pound senior Solomon Perez.

Perez threw for 231 yards as a backup last season, but two years ago, when he was a sophomore, he completed 75 of 136 passes for 1,150 yards with 12 touchdowns, splitting time with Radtke that campaign. Perez has always been one of the most cerebral players on the team, Malbasa said.

“(Perez) has had a great summer, and I’m really excited about him,” Malbasa said. “He is a tremendous story. He has wanted to be a quarterback his whole life. At times it didn’t always look like it was going to happen for him, but you know what, he just kept working.”

Overall, University returns five starters on offense, including last year’s team MVP in 6-foot, 175-pound senior running back Nick Flowers, who had 94 carries for 556 yards and 10 touchdowns in 2019. Malbasa said Flowers is one of the hardest-playing guys he’s coached.

Despite the inexperience, Malbasa said his receiving corps is the deepest talent he has coached, with 6-foot-1 sophomore Brian Kellon and 5-foot-8 junior Quint Hanna also in the route-running mix.

“We’ve had some guys come out who haven’t played football, and, frankly, they are some really good receivers,” Malbasa said. “We have a young man, Bryce Hodge, and he’s new to football, but I’m going to tell you that he’s got as much promise as any receiver I’ve coached.”

At the starting guard positions, US is giving the nod to 6-foot, 235-pound sophomore Gavin Ippolito and 6-foot, 205-pound freshman Lex Kekic, without much depth if those guys get banged or bruised.

With more guys in the program, US is going to try to be two-platooned in all 22 positions on offense and defense, Malbasa said.

“Twenty years ago, 25 years ago, you might play a football game and each side of the ball would have about 50 plays,” he said. “So, you’re talking 100 plays if you’re a two-way starting. Today, that could be 150 plays. It’s a lot more action. So, the more we can be two-platooned, the better.”

And returning at kicker is junior Evan Weybrecht, who connected on 31 of 33 extra points last season, with one getting blocked.

The Preppers plan to kick off their 2020 campaign against the Division VI Mogadore Wildcats at 5 p.m. Friday at Scovil Field in Hunting Valley.

“We can talk a lot about the hard work that’s normally involved, but 6:30 a.m. workouts, four days a week this summer, with a world that had all kinds of questions of whether you’d even be allowed to play,” Malbasa said. “And to have that kind of commitment, it was by far our best summer that I’ve ever been a part of in coaching.

“To have that kind of commitment with no certainty that there’d even be a payoff in sight, I just think it’s such a testament to the guys who chose this.”