Chagrin Falls senior John Cashy swims in the finals of the 100-yard butterfly during the Division II state championship on Friday night at Branin Natatorium in Canton. 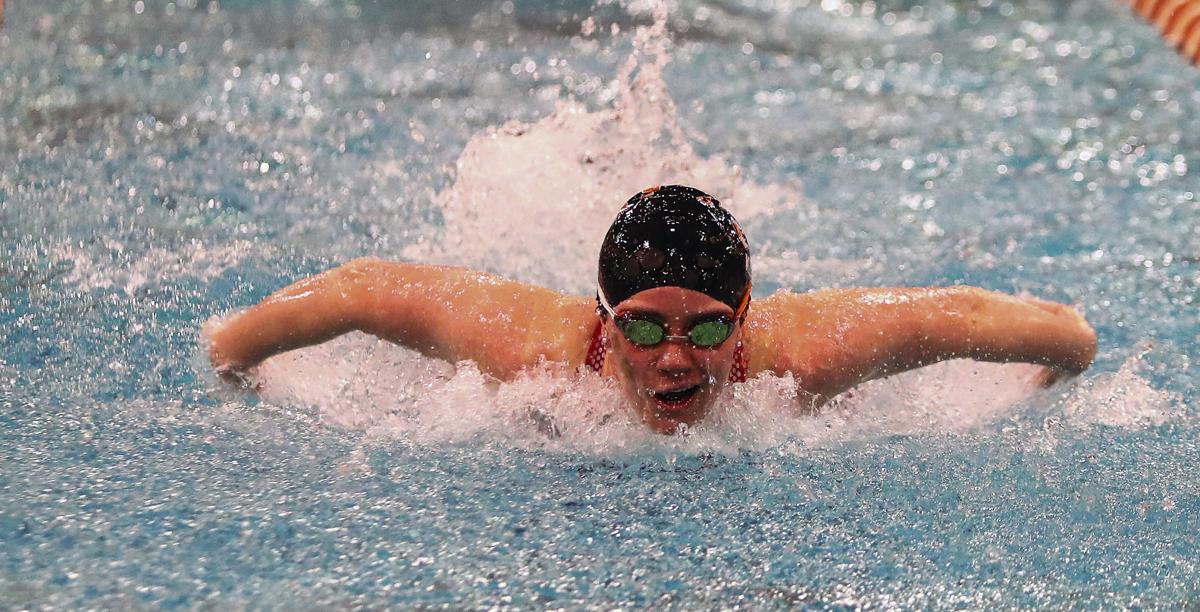 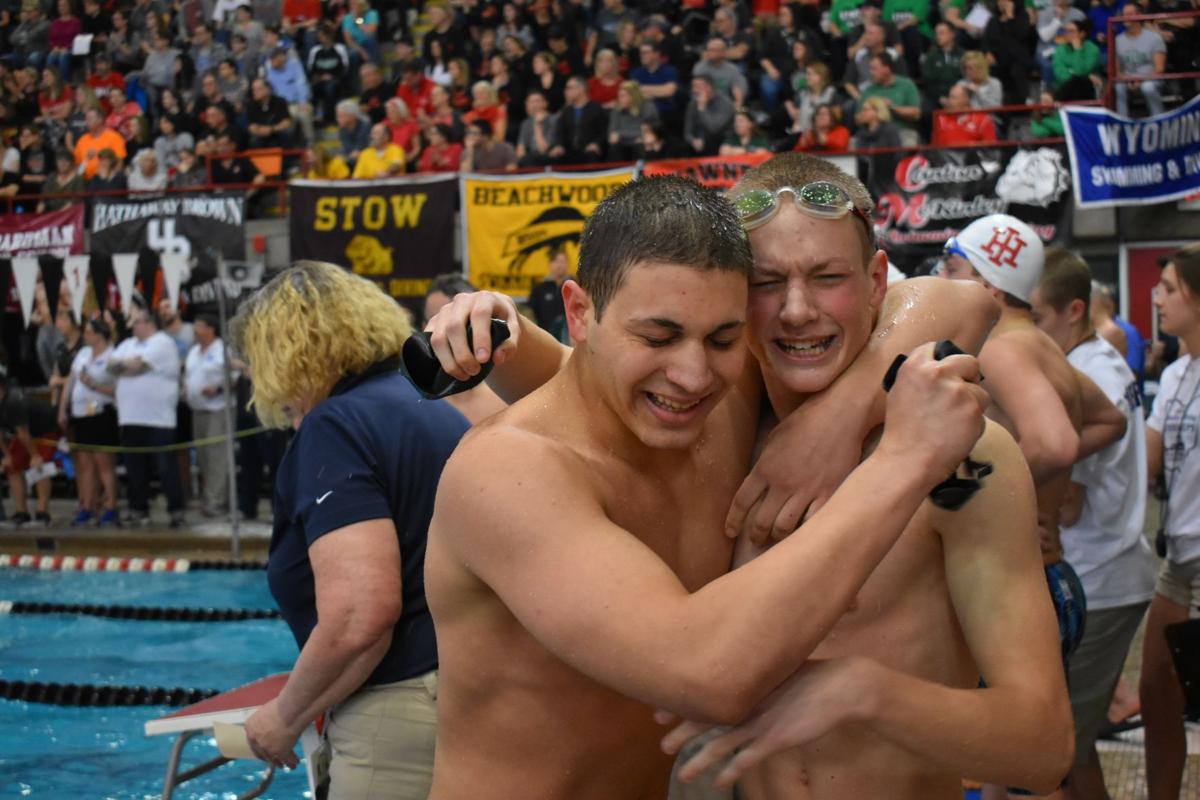 Chagrin Falls senior John Cashy swims in the finals of the 100-yard butterfly during the Division II state championship on Friday night at Branin Natatorium in Canton.

Fellow Tiger senior Parker Broz had just hit the touchpad on the third leg of the 200-yard freestyle relay during the Division II state swimming championship on Friday night at Branin Natatorium in Canton.

If anyone could gain ground on the two best Division II teams in the state – Indian Hill won the team trophy with 224 points, while University was runner-up with 216 points – it was Chagrin Falls’ Reboul, who was having the meet of a lifetime.

Earlier in the evening, Reboul clocked a program record 21.44 seconds in the open 50 freestyle to take fourth – the best individual state finish by a Tiger swimmer since 2016 graduate Jason Quinn took home silver in the 500 freestyle his senior campaign.

That 21.44 seconds was the exact same time Reboul clocked in prelims a day earlier.

“That was the fastest time I ever swam,” he said. “I was pretty happy with my time in prelims, but, obviously, I wanted to drop even more time for the finals. But I’m just happy I didn’t gain any time at all.

“What I did in the finals, I was really well off the wall, which is usually where I struggle, but I just ended up shortening up my strokes trying to get to the wall fast enough. If I would have kept them long, I probably would have swum a faster time. But I really can’t ask for much more. I gave it everything I got – a 21.44, that’s what I can do.”

Most sprint freestylers get rather wired before the 50 freestyle or the 200 freestyle relay, jumping up and down with their knees to their abdomen and slapping their chests and limbs until their skin turns red.

But with a top-three finish in the 200 freestyle relay on the line, Reboul remained as cool as the other side of the pillow before diving in on that anchor leg.

“Everyone gets pretty hyped up, but I just like to sit there and stay as calm as I possibly can while everyone else is jumping up and down and slapping themselves, trying to get their muscles ready,” he said. “I just try to focus in and tune out the crowd.”

Cashy led off that quartet in 22.10 seconds, Tropf split 21.24 seconds, Broz split 22.16 seconds, and then Reboul brought it home in a smoking 20.93 seconds for a school record of 1:26.43 to finish runner-up. Reboul caught and passed University’s anchor but couldn’t quite reel in Indian Hill, which won the race in 1:26.02.

It was the Tigers’ best state showing in that event and matched Chagrin Falls’ best relay finish at a state meet. The 2012 Tigers, headlined by Austin Quinn and Davis Staley, arguably the two best swimmers in program history, collected a pair of state runner-up finishes in the 200 medley and 400 freestyle relays.

“I was extremely happy of the boys,” Reboul said. “We did our best, and that’s all I could really ask for. We really wanted to beat Indian Hill, but, again, they outran us. They had some really good times, and they were just awesome to compete against. I mean, we gave it everything we got, and I just couldn’t be happier.”

Earlier in the meet, the Chagrin boys also landed a podium spot in the 200 medley relay with the quartet of sophomore backstroker Joshua Rooney, 26.23 seconds, breaststroker Tropf, 27.58, butterflier Cashy, 22.92, and freestyler Reboul, 21.14, clocking a season-best 1:37.87 to finish sixth, improving two places from their prelim swim.

“I just like swimming in every single relay, because helping get everyone we can on our team and getting as many people to states is definitely my goal,” Reboul said. “And I achieved that with all three of our relays making it to states for the second year in a row, which was definitely one of our goals, especially for some of the sophomores. They’re going to be seeing that pool a lot more in the future.”

This year was the seventh time the Tigers advanced all three relays to the big dance since the addition of a second division to boys swimming in 2009.

Overall, the Chagrin boys scored 96 points to finish seventh as a team – their best showing since a string of top-five finishes between 2011 and 2013.

The Chagrin Falls girls, meanwhile, also advanced their 200 medley relay to the second day of the state meet.