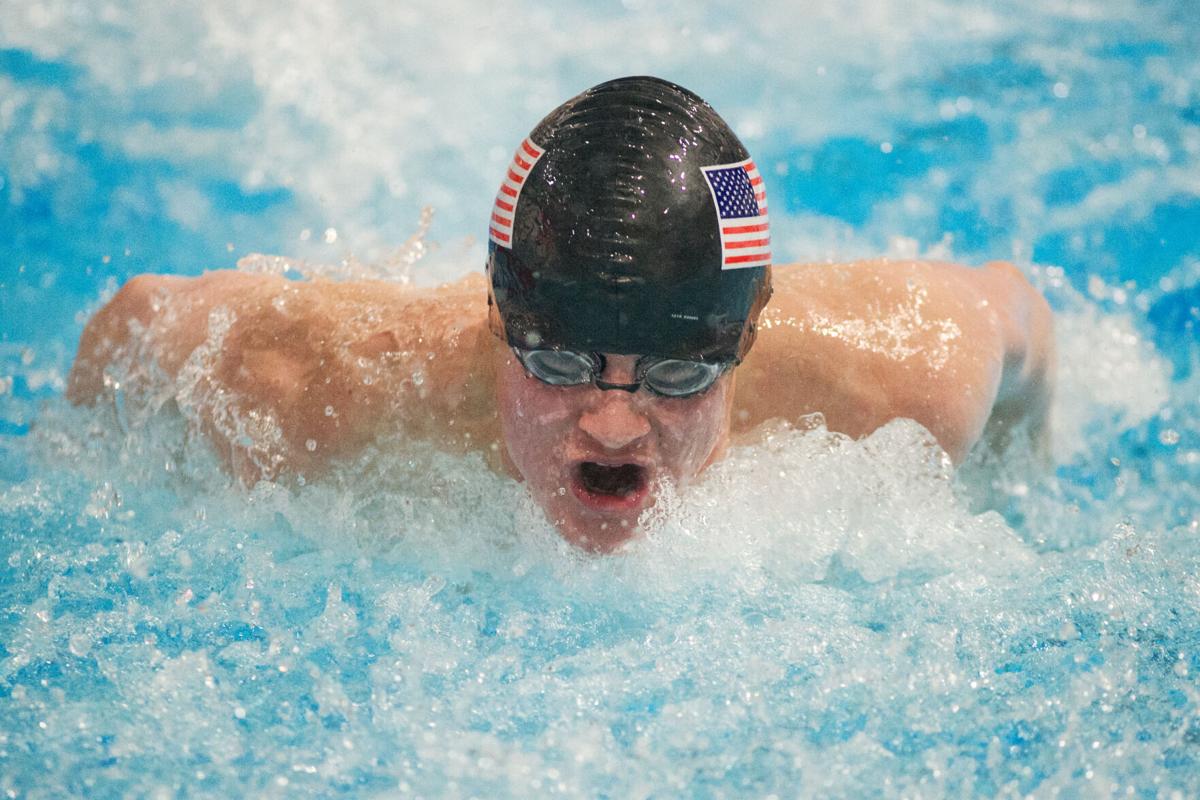 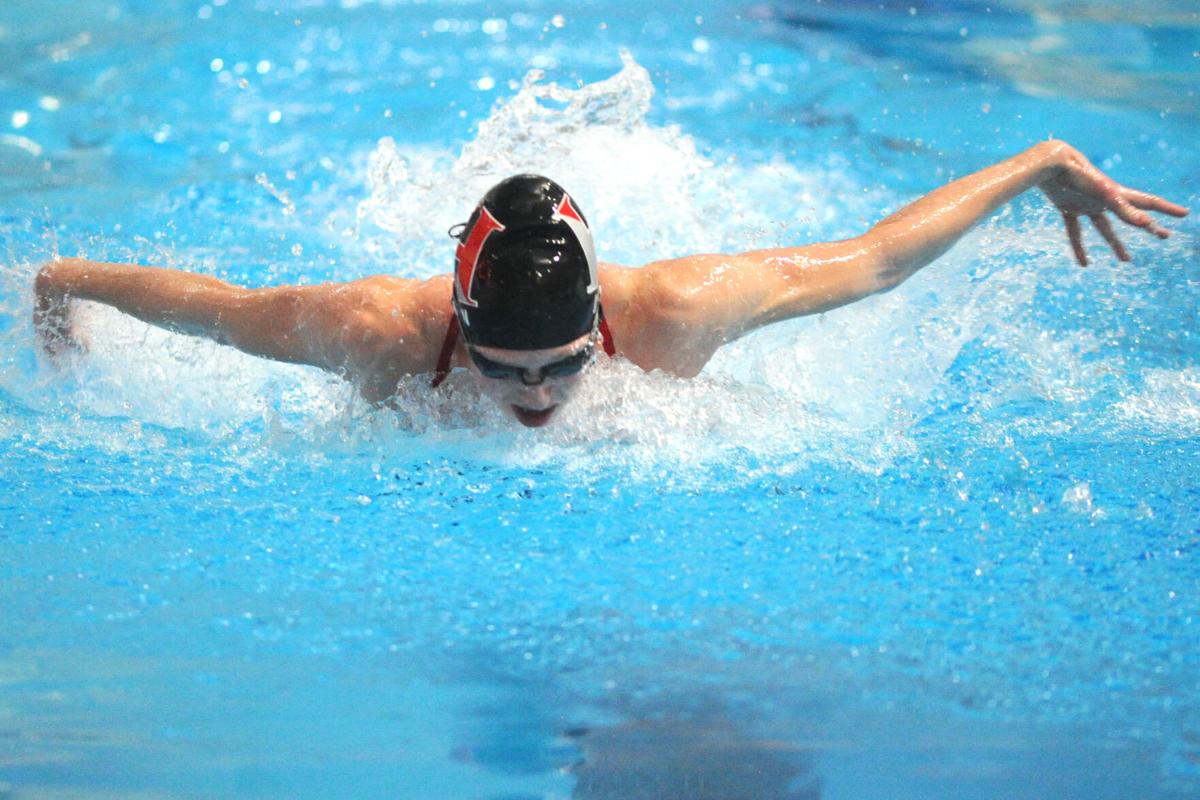 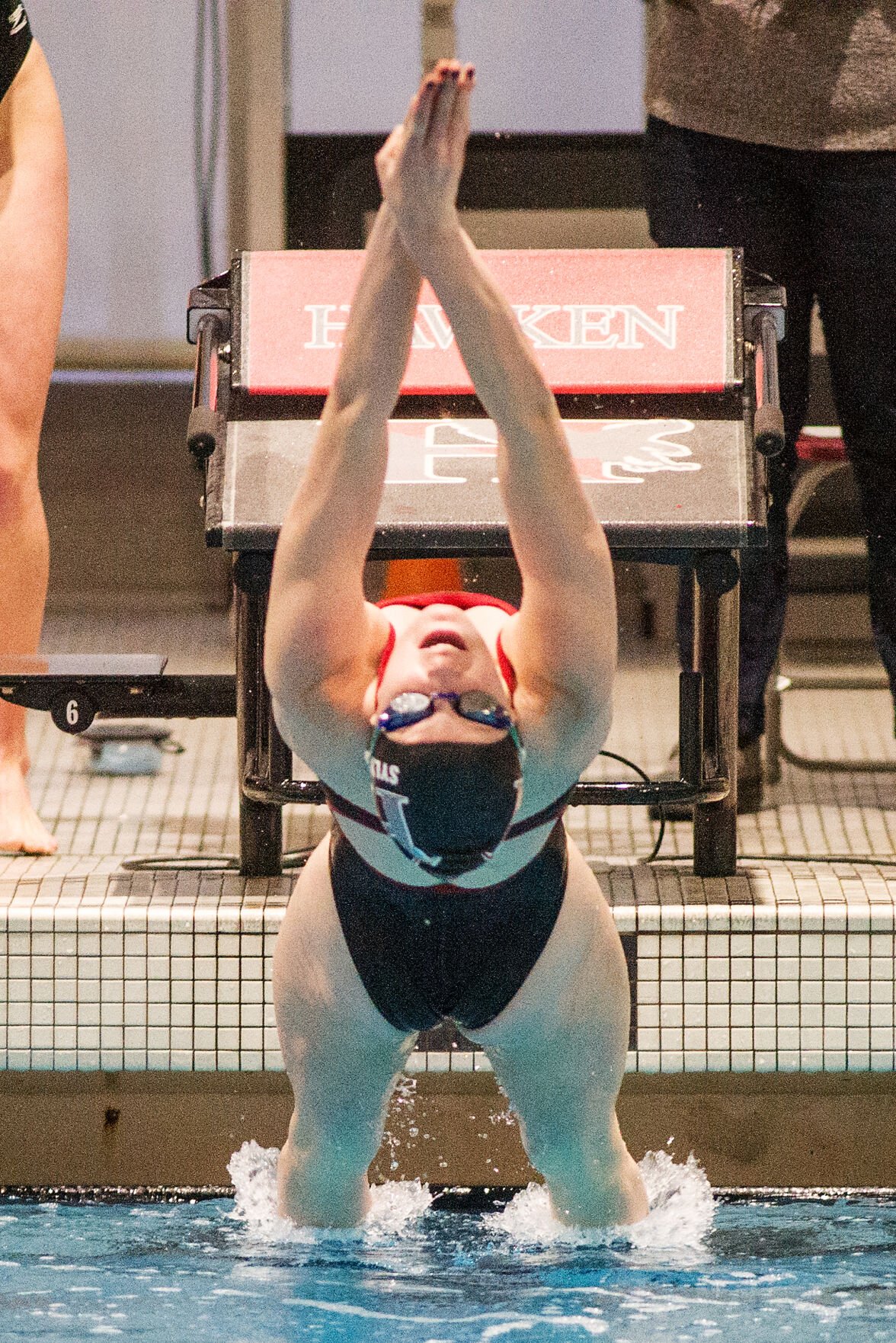 Hawken senior Lena Sylvan launches into the backstroke for the first portion of the 200-yard medley relay during the lady Hawks’ victory against Laurel on Feb. 4.

Hawken senior Lena Sylvan launches into the backstroke for the first portion of the 200-yard medley relay during the lady Hawks’ victory against Laurel on Feb. 4.

Senior night had finally arrived for the Hawken swimming team. It had been a night that everyone had been eagerly anticipating. While senior night has always been a special night it was even more special for the Hawks after enduring one of the craziest of high school winter seasons.

It was all set up for the boys to battle the St. Ignatius Wildcats while the girls would face-off against the Magnificat Blue Streaks. Unfortunately, head coach Tim Habel got word on Feb. 2 that the Blue Streaks would have to cancel due to COVID-related issues. There was little time to find a replacement opponent for the girls. It would not have been right for the team to celebrate senior night with the girls not competing.

With less than 24 hours to go Hawken found a replacement in the Laurel Bulldogs. It was huge relief for the Hawks to have found a replacement on such short notice to salvage the evening. The Hawken girls made it a night to remember by smoking Laurel by a 142-23 score to remain undefeated in meets this season while the Wildcats showed why they are a top-ranked Division I swim program by beating the male Hawks 106-77 on Feb. 4 at Gates Mills.

“We’re so appreciative of Laurel coming over and to be able to recognize our seniors in a crazy year,” said coach Habel, “We’re so sorry to see them go. They’re a major part of our team and hopefully the rest of the season is good for them.”

The Hawken girls honored seven seniors prior to the meet. It’s always tough to graduate a high number of seniors from any athletic program but the ladies have won the Division II state swimming and diving championships for 22 consecutive years for a reason.

Senior Ella Gilson and junior Tori Culotta led the Hawks with two first-place finishes each. Gilson took the top spot in the 200-yard individual medley with a time of 2:12.21 then teamed up with underclassmen Maggie Mallet, Chloe Bautista and Jess Eden to capture the 200-yard freestyle relay with a 1:37.23 finish. Culotta also won the 500-yard freestyle with a time of 5:10.09 and then finished in the top spot alongside Maggie Mallet, Jess Eden and Julia Slabe in the 400-yard freestyle relay with a 3:34.04 finish. Senior Ariana Khan set a new pool record when she won the girls one-meter diving event with a 448.85 score.

The Hawken boys were up against some familiar faces in St. Ignatius. Many of the swimmers from each team have been teammates for years as they have swum for the Lake Erie Silver Dolphins swimming club. It may have been nice to celebrate senior night competing against old friends but that did not stop the Wildcats from taking care of business. St. Ignatius finished first in only six races but had at least two of their swimmers finish in the top three in seven events.

Junior Will Dietz was the only Hawken swimmer to finish first in multiple events. Dietz won the 200-yard freestyle with 1:47.99 time and then teamed up with senior Alex Podrez, junior Lucas Greenberg and junior Connor Brown to take the 200-yard freestyle relay with 1:29.77 finish. Senior Angus Williams looked to be in fine form coming off a Chagrin Valley Conference diving title by winning the boys one-meter diving event by breaking his own pool record by scoring 521.30.

It was not the result that the male Hawks would’ve wanted but it was a good final tune-up. With the postseason fast approaching it certainly did not hurt to take on a high-caliber opponent such as St. Ignatius.

“One of the things that we talk about is really focusing on the end of the season and having our sights set on winning the state meet,” said Hawken senior David Ricci, “I think we did a really good job because even though we were hurting and had really hard practices before our meets we kept our eyes set on the end goal and winning the state meet and using every opportunity to race as an opportunity to get better.”

The Hawks will have to prepare for the sectional meet on Feb. 12 at the SPIRE Institute in Geneva. After that will be the district meet followed by the state meet. The competition will be as fierce as ever as the boys will have to contend with neighborhood rival University School and Cincinnati Indian Hill while the girls will try and fend off Hathaway Brown from snapping their streak.